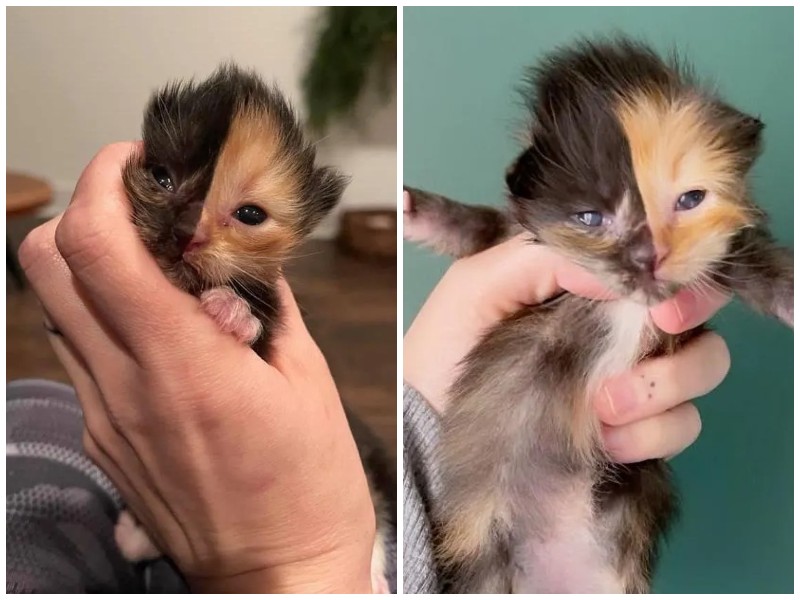 The new residents were making repairs and heard a tiny squeak coming from the barn. As they approached, they saw two tiny kittens, fragile, frightened, and hungry. One of them had an unusual coloration…

Residents of the American town of Nashville were making repairs to their new home when they suddenly discovered two tiny kittens in the wall of the barn. They were fragile and hungry. One of them had an unusual appearance – a “two-faced” muzzle color. 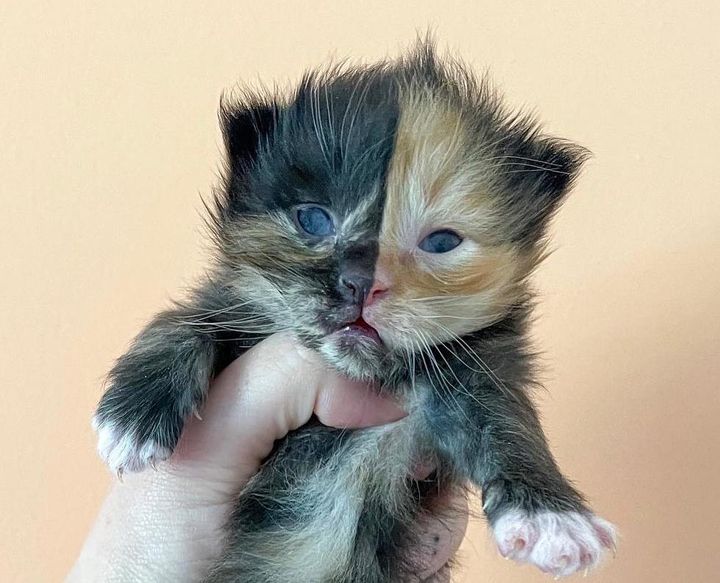 People decided to wait – what if the mother comes back for the babies? However, after a day of waiting, the cat still hadn’t come. They got worried and decided to contact Nashville Cat Rescue, who immediately agreed to take the babies. 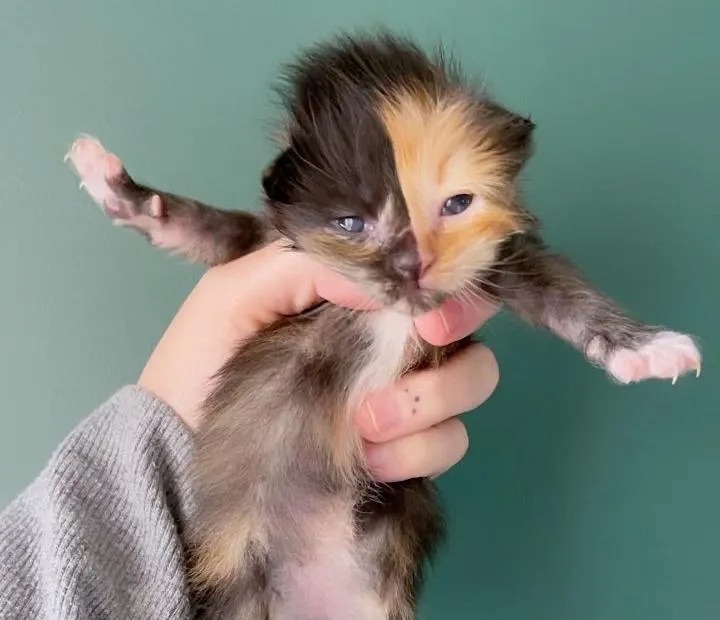 The staff determined that the babies were about 2-3 weeks old. They urgently needed care and mother’s milk, as they were very weak. One of the volunteers had two rescued mother cats, and they decided to place the kittens with them. 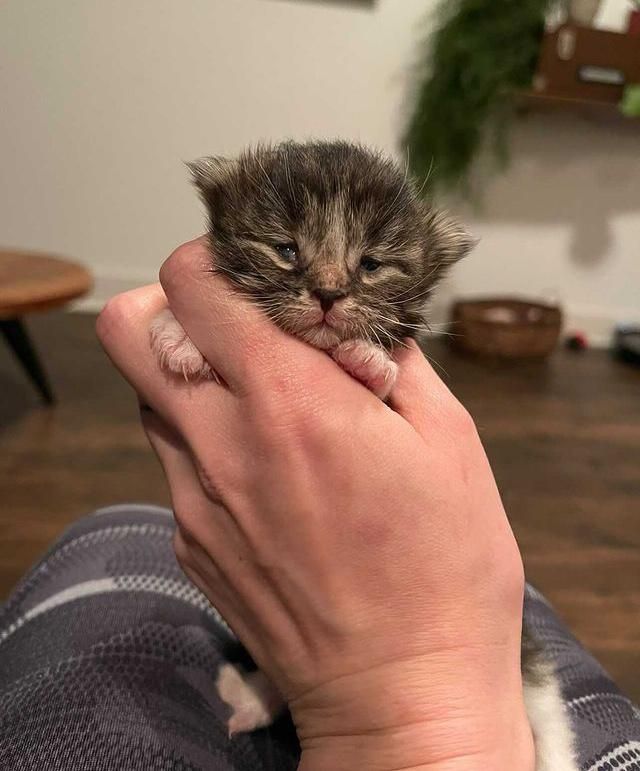 The kittens were placed with two mothers, and luckily, they accepted them as their babies. The cats immediately began to lick the babies and feed them their milk – it was incredibly touching. 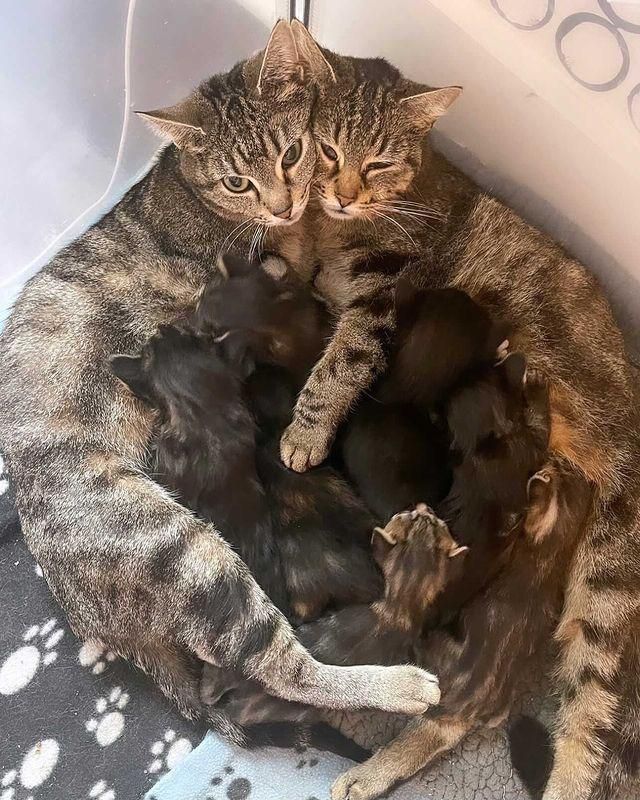 The two-faced kitty, who was nicknamed Apricot, stood out among all the kittens. Although it was weaker than its sibling, it did not think of giving up. Its appetite and strength were increasing day by day. 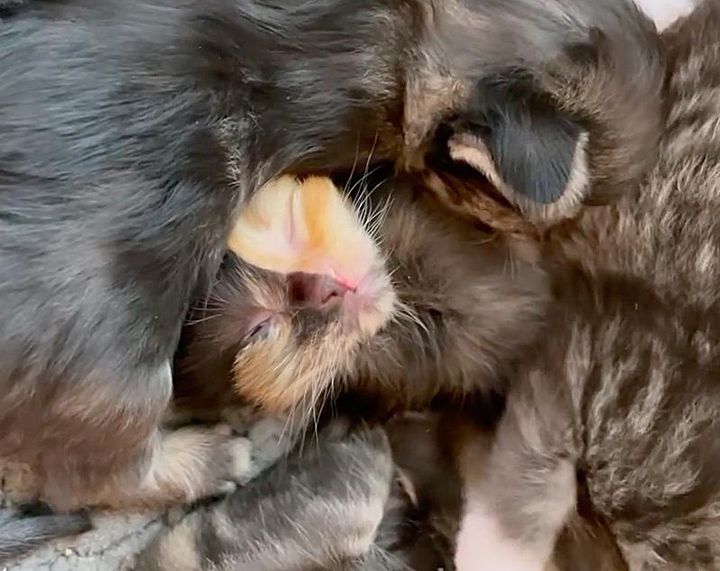 Now the kittens continue to live surrounded by the care of their foster moms. The cats bathe them in love, feed them and nurture them like their own cubs. When all the kittens grow up, volunteers will find permanent homes for them! 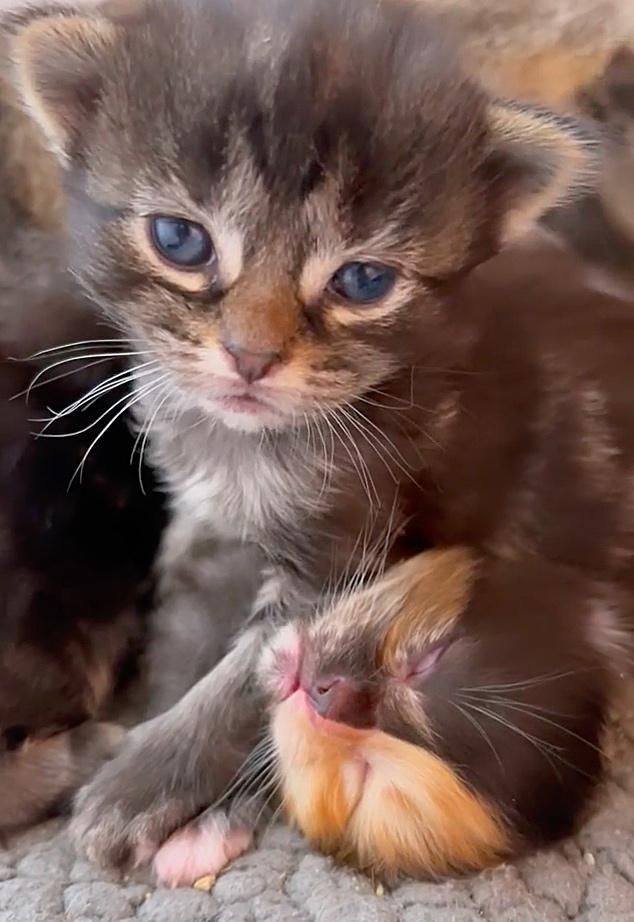 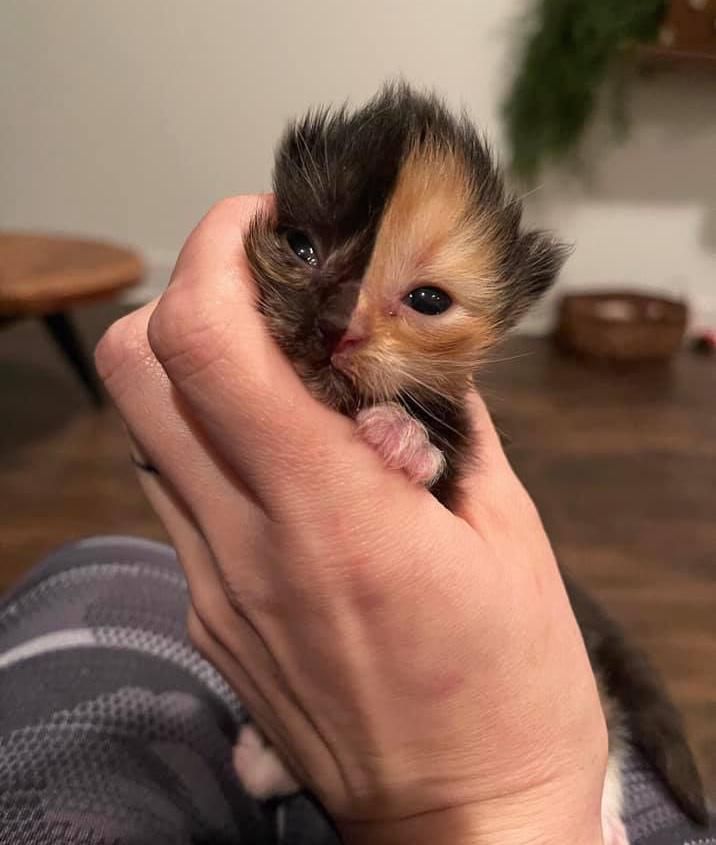