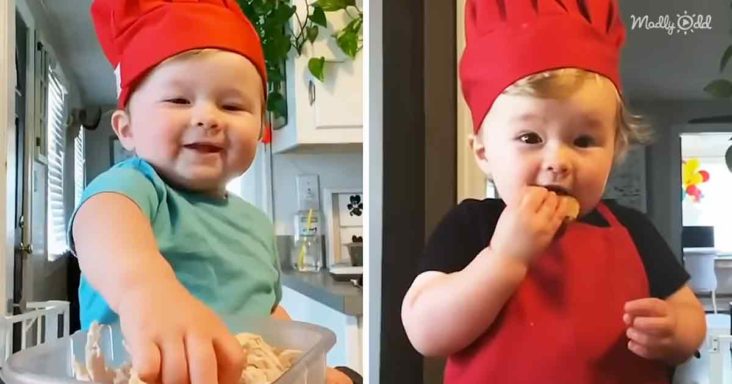 Kobe, a baby food chef, has already gained more than 1.3 million followers on Instagram. The boy’s mum said she never thought the baby chef’s cooking videos would be so popular. 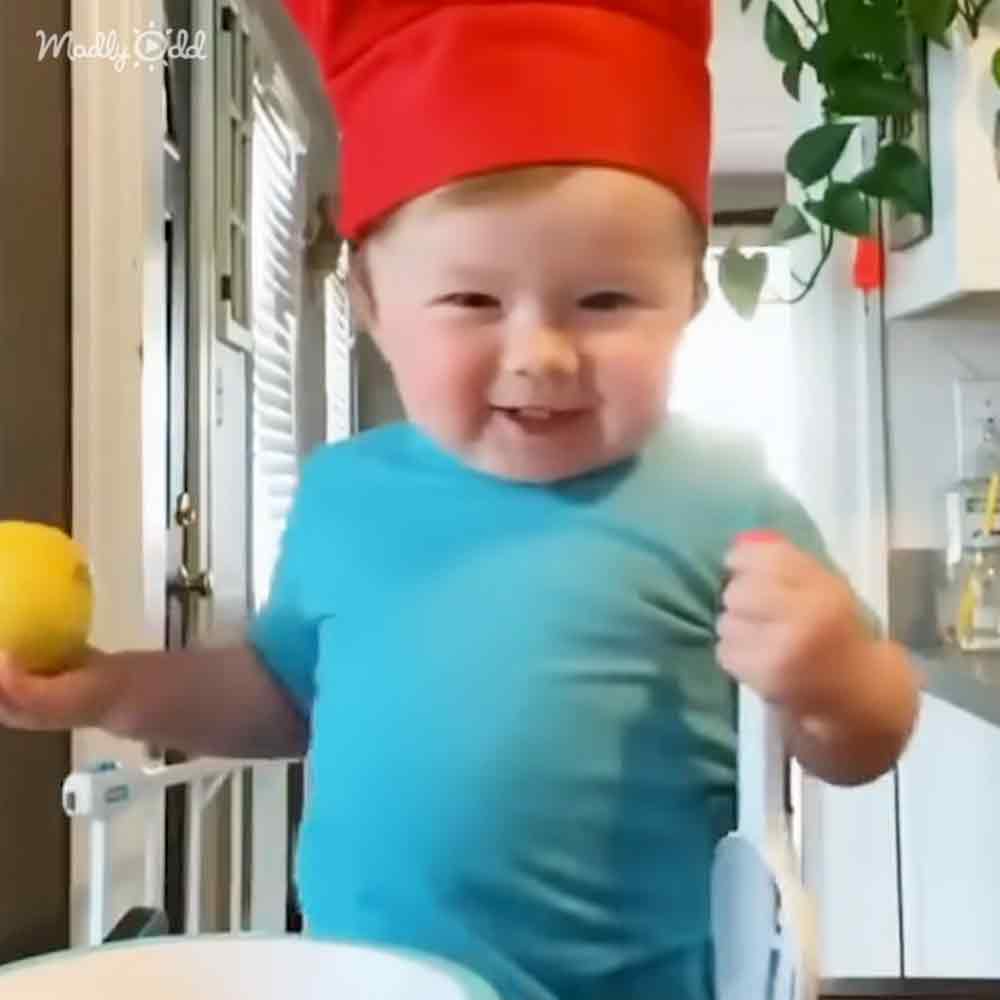 This little chef is truly adorable. He’s wearing a red chef’s hat through which his blond hair breaks through. Kobe also has the same red apron. His smile is contagious, and you can’t help but enjoy watching him.

He talks like a child, mixing, eating, stirring, and trying things. Kobe likes to watch his parents and help them cook and bake. He’s really into this stuff, adding ingredients to every piece of work. 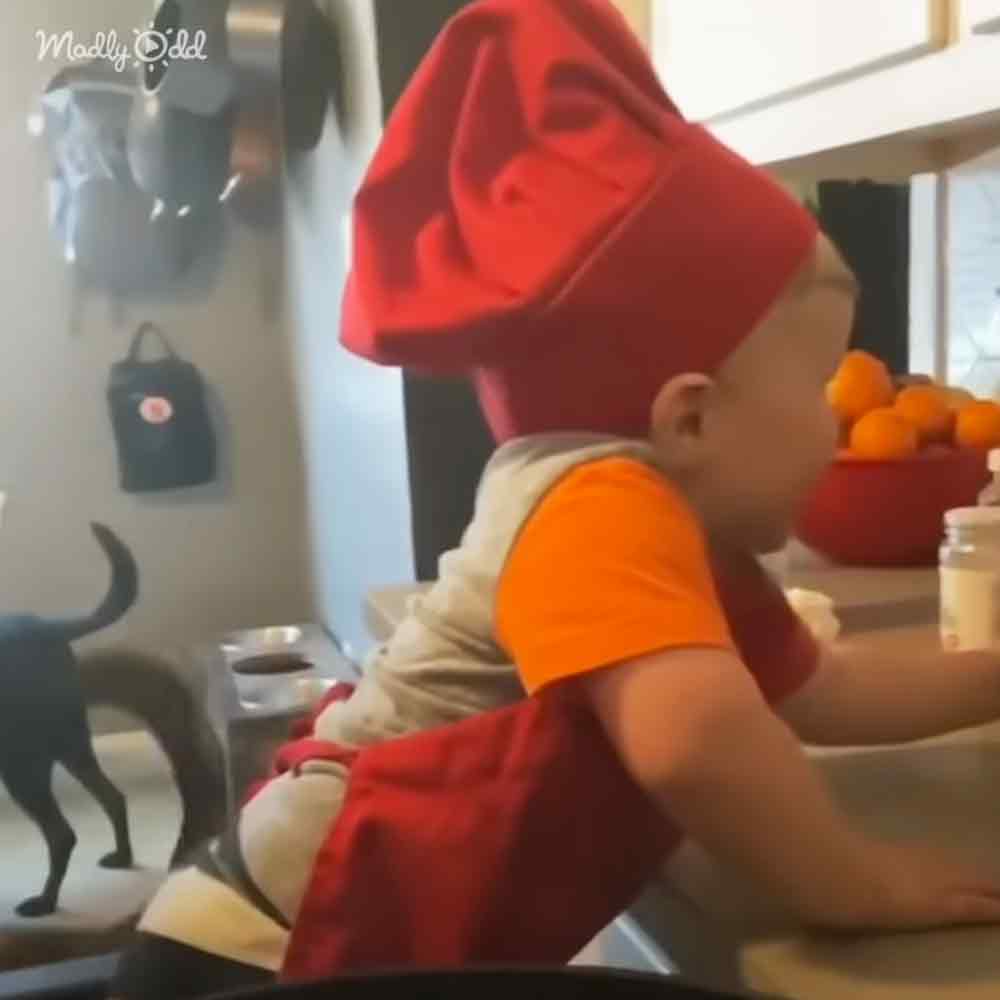 At some point, Kobe stands in front of a tray of delicious, freshly baked chocolate chip cookies and smiles. The expression on his face is hysterical when he tries various products.

Kobe’s mum Ashley says: ‘He’s having so much fun doing it and he’s such a big, energetic person that I decided to record him to share it with friends and family. Kobe seems to love the camera.» 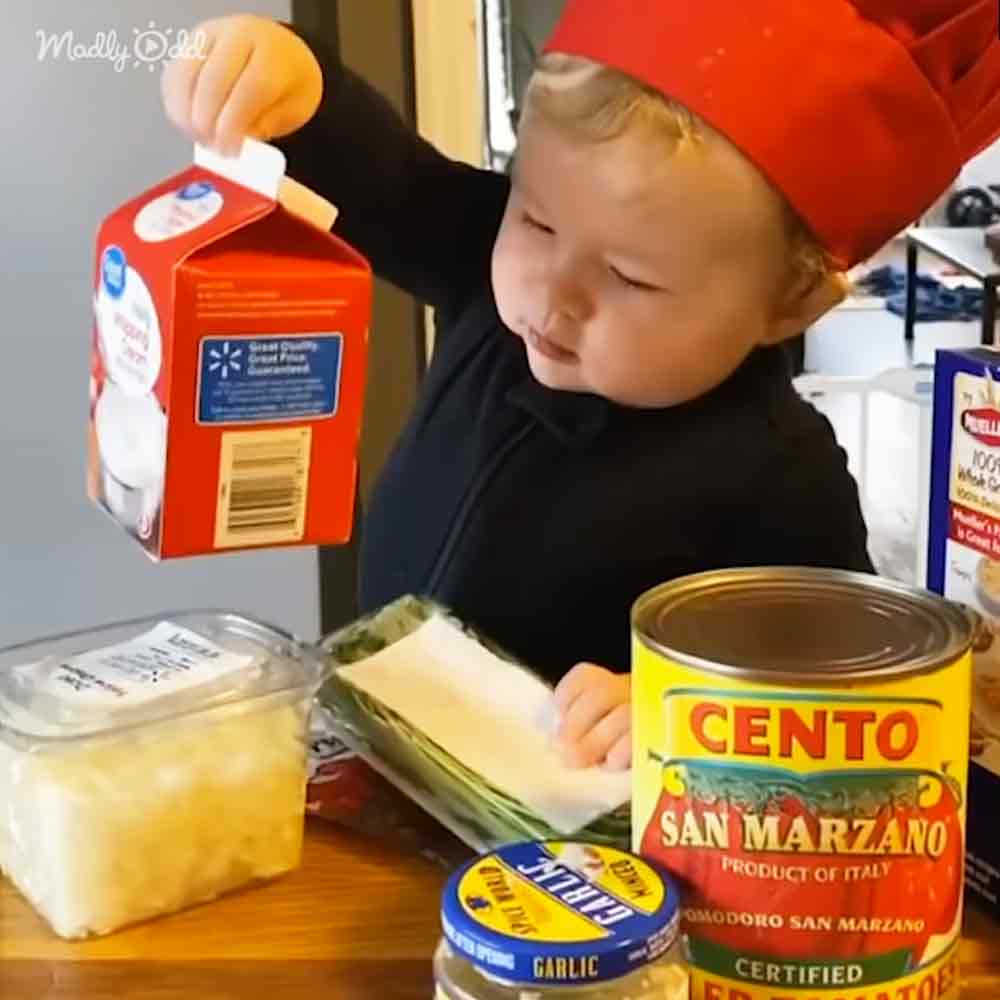 Kobi even shows off his bare belly and slaps it when he is happy. Sometimes Kobi swipes past the bowl as he pours his ingredients too. His mum sits next to him, out of camera view, in case there is any trouble.

According to his parents, by the age of 1, Kobi has tried more than 100 different foods. If he doesn’t like a particular food, he shakes his head from side to side and mutters some negative words. Kobi’s mum says: ‘That goofy footage of us cooking together has turned into something we couldn’t have imagined!’

LIFE STORIES 0 82 views
His foster mother put him on a plane alone, handing him a note with

LIFE STORIES 0 13 views
At the age of 28, Heather Jones took the wheel of a truck for

All will be well: How a mother received a message from her unborn son
LIFE STORIES 0 188 views

A contestant in a children’s beauty pageant showed a photo without make-up. As if it was a different person
LIFE STORIES 0 188 views

All for the children: an Australian woman has been living on wheels for seven years
LIFE STORIES 0 188 views