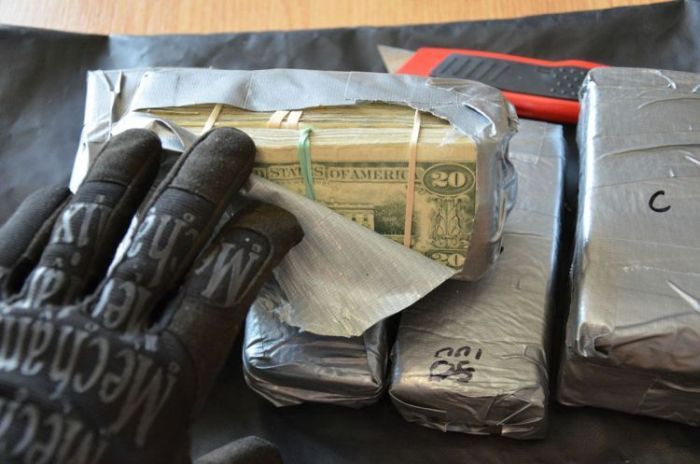 Everyone of us dreams of winning the lottery one day. We hear stories all the time about how someone accidentally dug up a small fortune in the backyard. We hear of people finding secret doors in their homes that lead to incredible treasures. These stories immediately arouse jealousy and envy in all of us. Recently, I came across a story that reawakened feelings of jealousy and envy in me. After owning a car for some time, this man’s window lift stopped working. He decided to investigate and what he discovered amazed me! 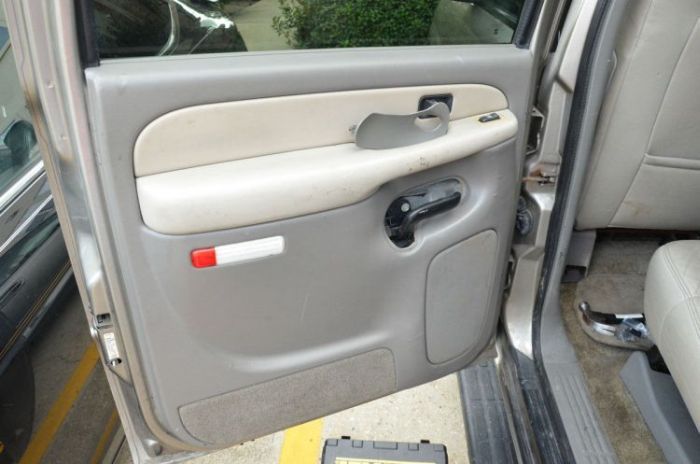 After his power window stopped working, for no apparent reason, he broke out the tools and decided to take a look. 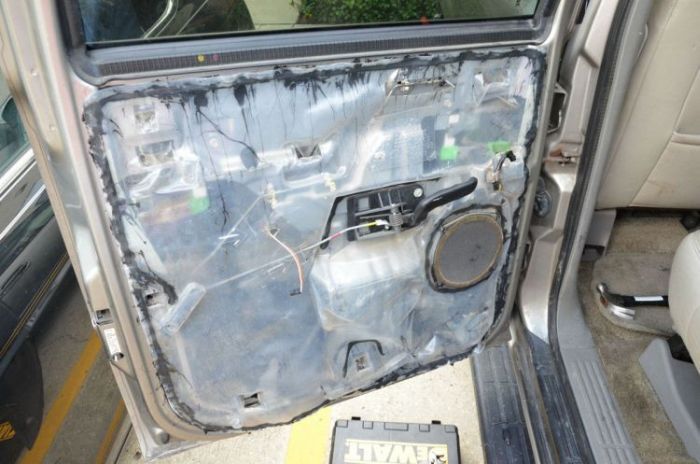 He was able to take the door panel off fairly easily and noticed nothing out of the ordinary. 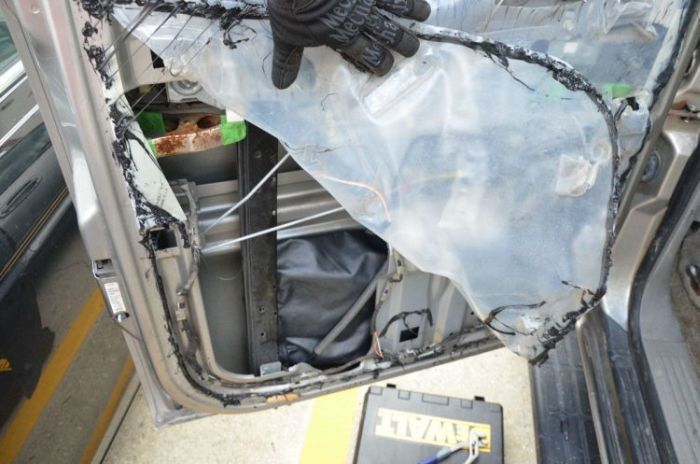 After peeling back the plastic liner from behind the door panel, he noticed a black bag stuffed into the door frame. This is apparently what caused the problem in the first place. 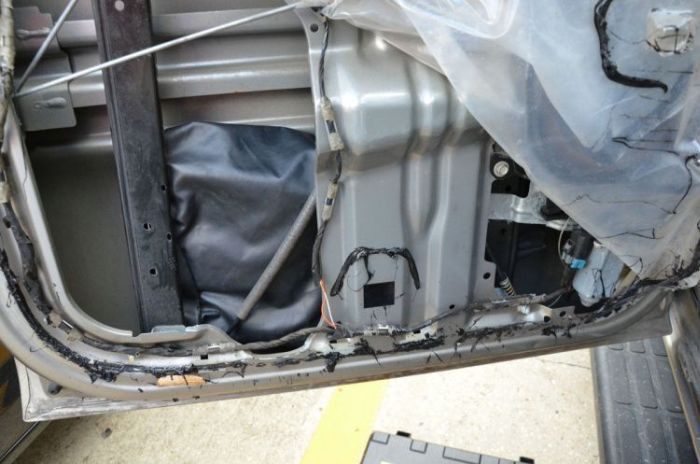 Here is a close up. It is definitely not something that came from the factory. His adrenaline immediately started pumping. 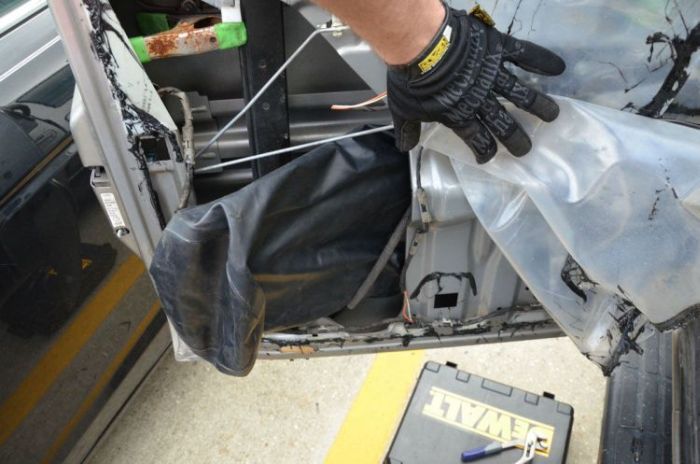 The package was stuffed into the door pretty well. He had to pull and wiggle the package quite roughly to remove it. 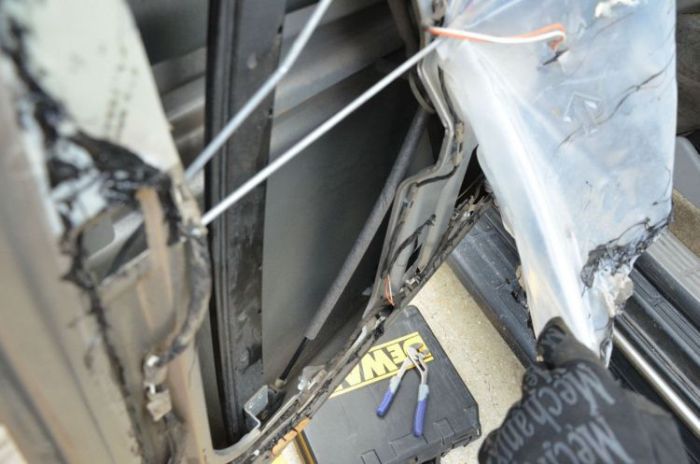 You can see how small the space was. It was a surprise that this didn’t interfere with the window a lot sooner.

And then it was time to take a look at this find a little closer. The excitement was killing him. 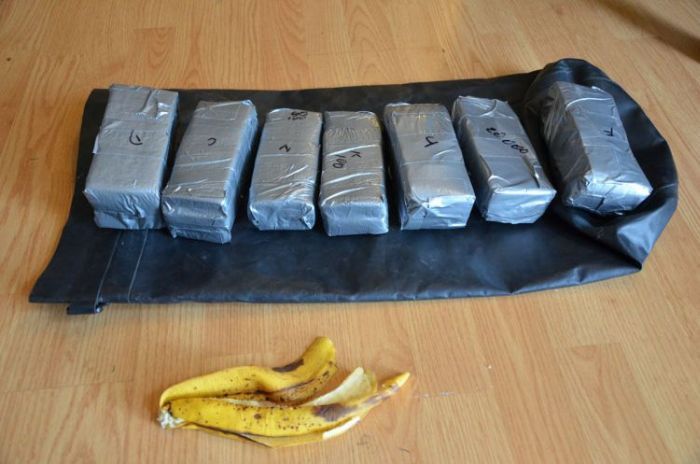 After opening the package, he started to sweat. He just stumbled onto what looked like a whole lot of drugs packaged up for smuggling.

He had to peek inside and was blown away by what he found. 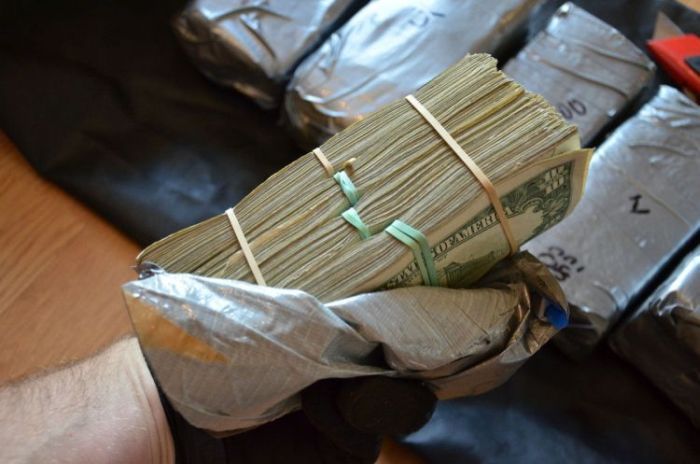 It was all cash! A ton of cash! Not literally a ton, but a lot, nonetheless.

Every bundle was a brick of cash in different denominations. Who knows how long it was stuffed inside the door of that car just waiting to be found? 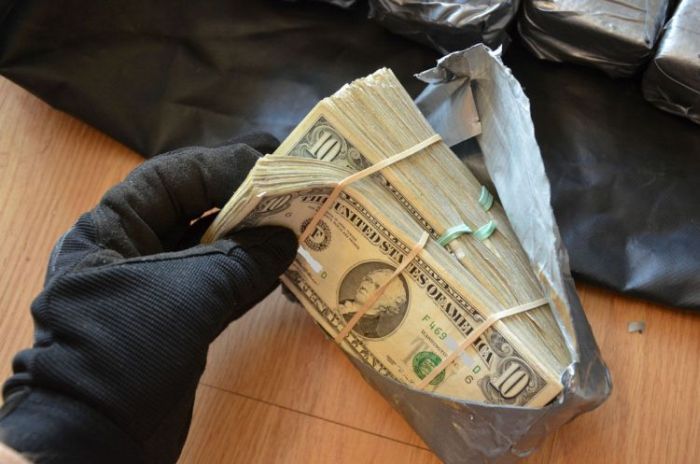 This guy basically hit the lottery minus the taxes! All because of a window in his car that stopped working. Luckily he didn’t take it in to a shop to be repaired.

He doesn’t state how much money he found in total, for obvious reasons. But it looks like several thousand dollars, to me. Also, by looking at those $20’s and $10’s, it is a fair to assume that the bundle of cash was hidden in the door for quite a while. 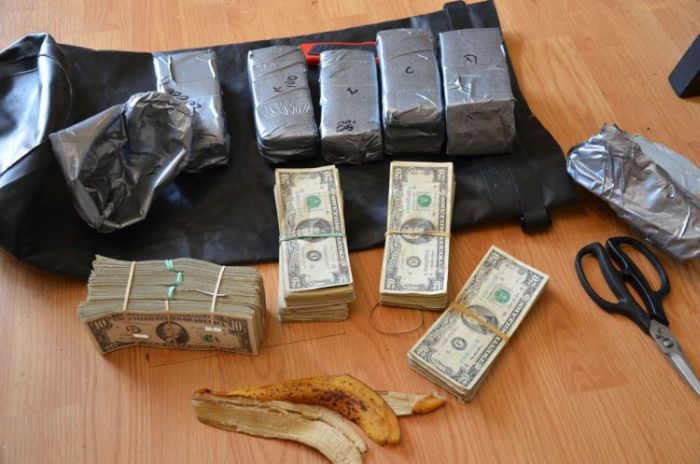 Coming across this find would seriously freak me out. What if it was big bundles of drugs that he found? Do you call the cops and try to explain the reason you are in possession of some serious contraband? I’m not sure what I would do in that scenario, but I do know that I would be sweating bullets. Finding big bundles of cash on the other hand, well, it looks like this guy didn’t care too much about the details and considered his find a lucky one. Talk about being incredibly lucky!