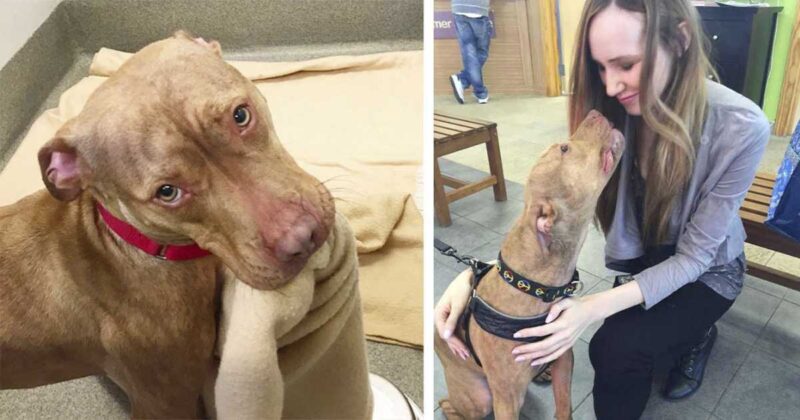 This pit bull is the friendliest dog in the shelter and he tries to prove he’s a good boy and makes his bed every day.

For a dog rescued from the streets, life inside a shelter can be difficult. The lonely wait to find a home and a family that would love them forever, coupled with the fact that they don’t understand what they have done wrong to deserve this loneliness, makes the animals feel helpless in a shelter.

Many dogs who come to shelters hope to finally find forever homes, and in some cases it’s only a matter of days before they’re adopted. For others, the situation is a little more complex and especially when it comes to a dog classified as a “dangerous breed”.

But Rush was a very smart boy. He was in the care of SISSA Pet Adoption and Wellness Center in Dayton, Ohio (USA), where he was waiting for his new family. 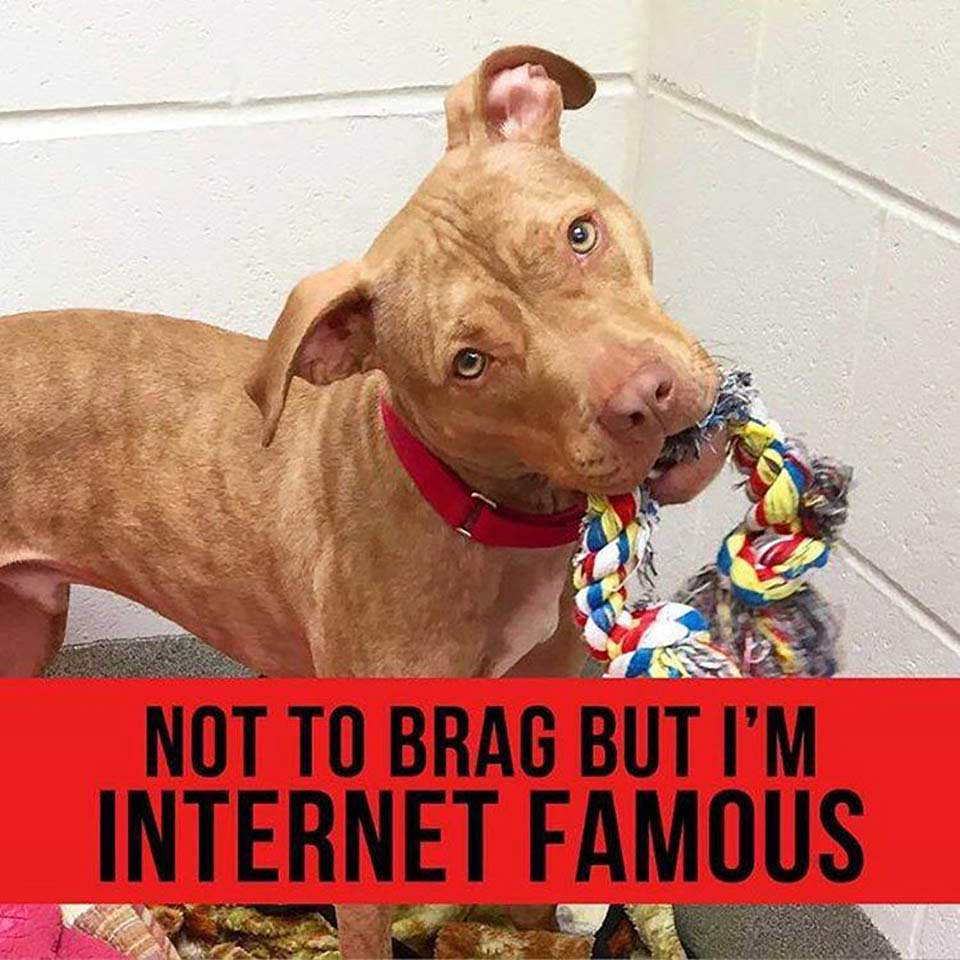 But due to misconceptions about their particular race, dogs like Rush end up waiting longer than others to finally find their forever homes.

Rush is the sweetest dog in the shelter and made a big impression on all the volunteers, who describe him as a loving and sweet boy. This furry guy just needed a chance to show the world that he was a loving and very lovable companion. The pit bull was full of love and he just needed someone who wanted to make him a part of his life. 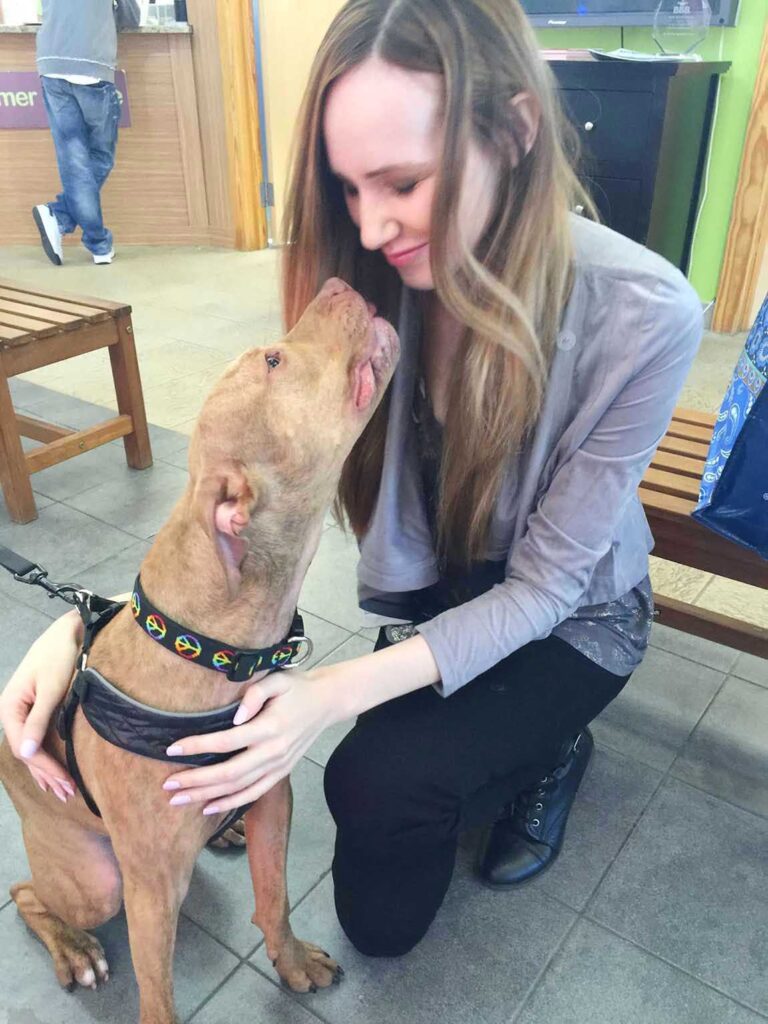 Nora Vendrell, executive director of SICSA, told ABC News: »There are many negative stereotypes about the American Pit Bull. Highlighting the love Rush has inside, we can help people look beyond the pit bull label.» 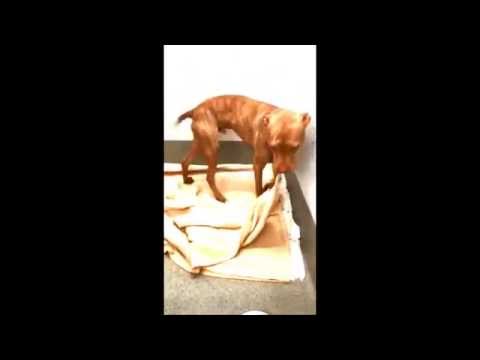 Maybe Rush believed he needed to do something extraordinary to be adopted and started doing something very special in a dog. Shelter staff noticed Rush making his bed in his kennel. He took the blanket in his mouth and gently placed it in the corner.

Volunteers at the rescue center have shared an adorable video on their YouTube account, where the sweet dog is seen neatly arranging his bed. The video quickly went viral, the dog became a celebrity and started receiving thousands of adoption requests. 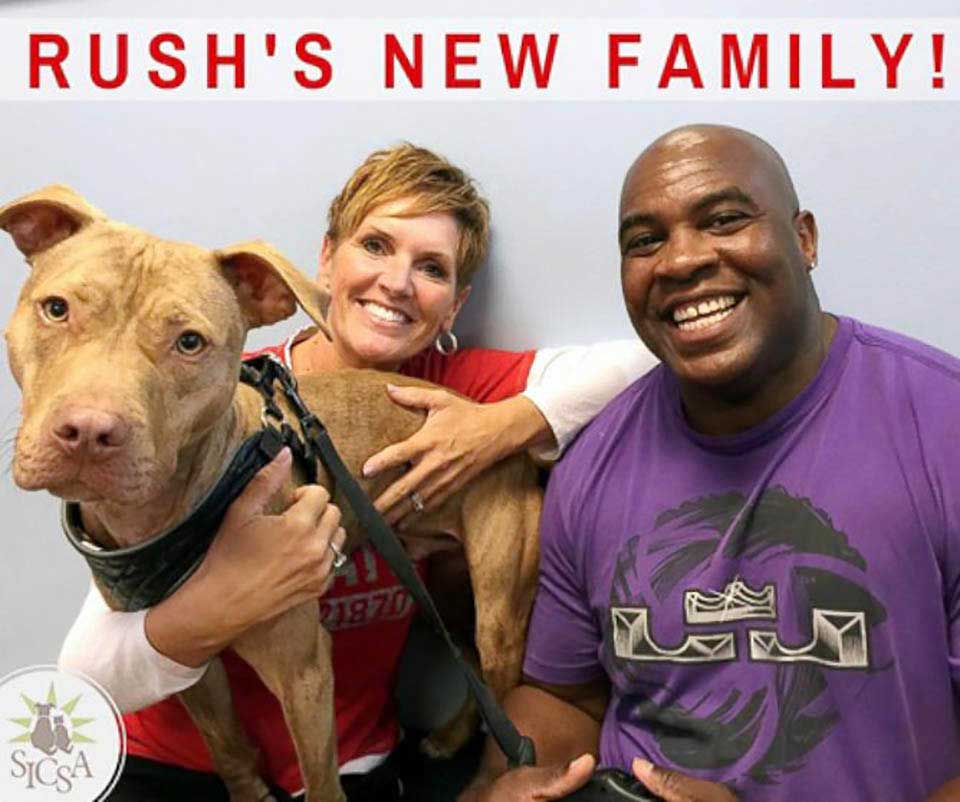 There was no doubt sharing the video was the best idea, because in no time a couple that wanted to adopt Rush arrived at the shelter. They wanted to meet Rush, they were fascinated by his behavior in the video and when they got to the shelter they fell madly in love with him.

Norah says: «The family saw the video, came over, met Rush and fell in love.» 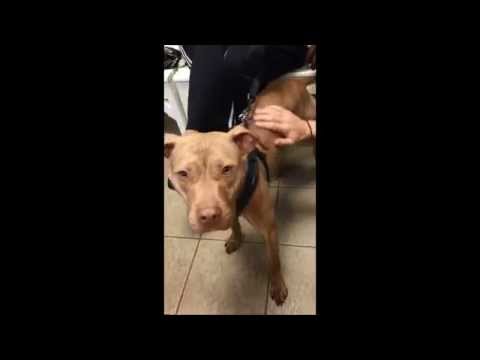 Rush’s new family had lost their pet earlier in the year and although they weren’t sure if they were ready to adopt a new dog, as soon as they saw Rush they knew that they wanted to give him a forever home.

LIFE STORIES 0 48 views
A father and his teenage daughter were flying a single-engine plane over Pennsylvania. Suddenly

LIFE STORIES 0 42 views
Amanda Heller, a resident of Hawaii, had come to the Makawao Nature Reserve to