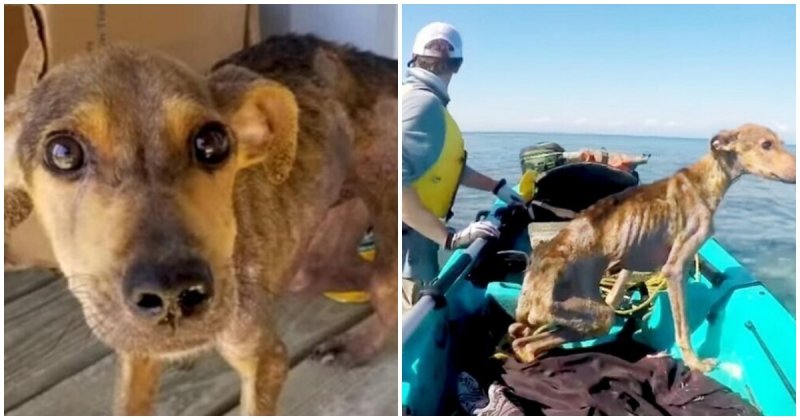 Sometimes help comes suddenly. When you don’t wait any longer. Just as this dog, abandoned on an empty island, did not wait…

Wesley is a photographer on holiday in Belize, Central America when he went kayaking to get some cool shots. As he sailed past a small island, he noticed movement on it. 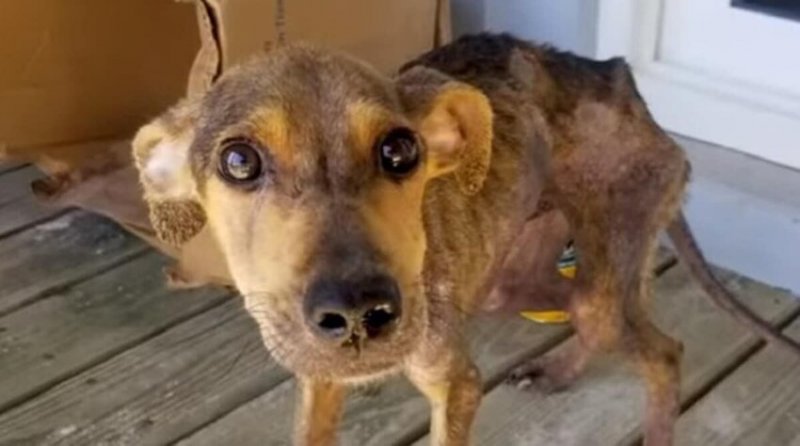 A hungry, emaciated, miserable-looking dog stood among the dry twigs. The dog, despite its lack of strength, wagged its tail happily at the sight of the man. 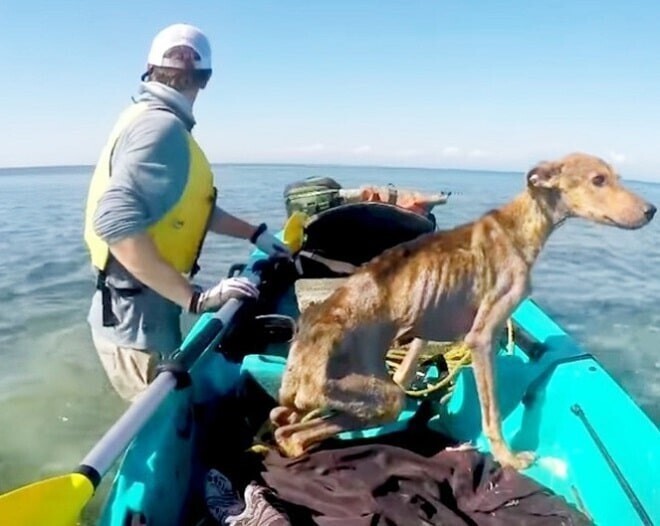 Wesley couldn’t believe his eyes: there was a dog living on an empty island with no food. It was so thin you could see its ribs. How it had gotten to the island was unknown, perhaps it had been abandoned there on purpose. The young photographer even shouted to make sure the dog’s owner wasn’t around, but not a single living soul responded. 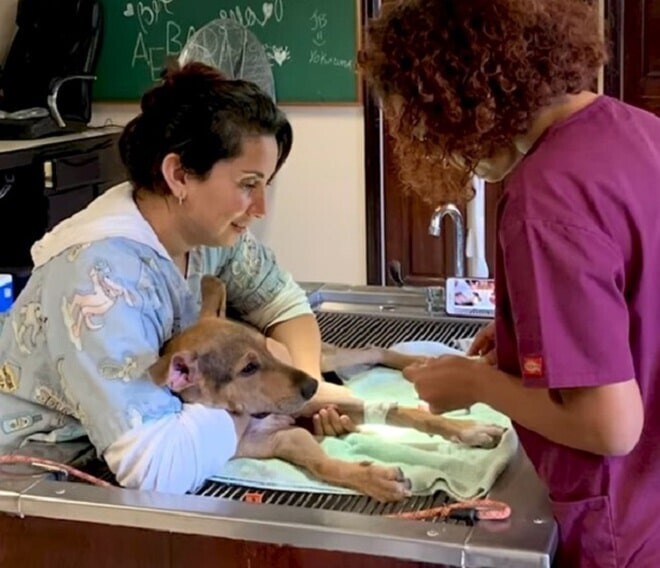 The guy then took the dog off the island. He was only a tourist in the area and was about to return home, but he did not leave the animal behind. He took the dog to the clinic, where the vet, Mia, did some tests, fed it, and cleaned it of dirt and fleas. Wesley was going home in a few days, but the vet promised to send him pictures of the dog and update him on its health. 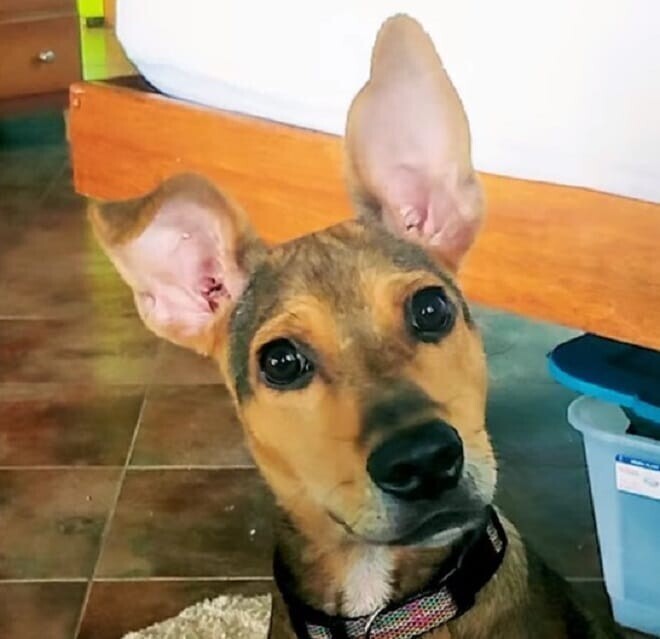 The tests showed that the dog did not have any serious health problems: it just needed care and good nutrition. The animal was named Winston. Wesley was going away but did not want to leave the animal alone, so they found a foster home for the dog. For several months it lived with a girl named Melanie. Winston was transformed in the new place: beautiful fur began to grow, and the dog began to gain weight. 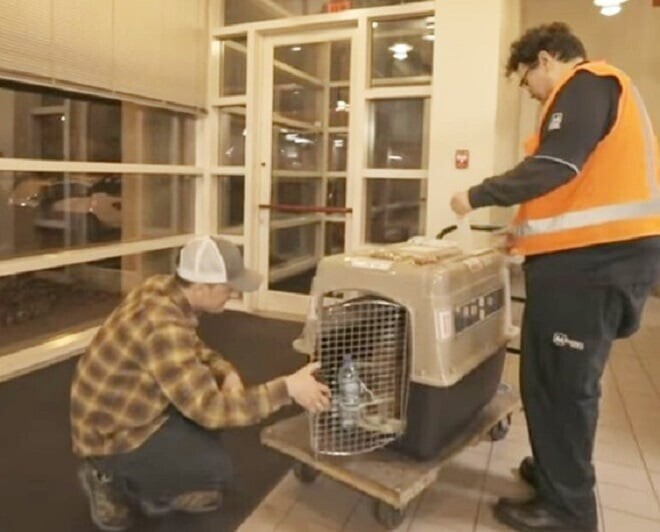 Wesley knew he wasn’t saying goodbye to Winston for long. Soon the lad was able to take the animal back to his place. “I was afraid it wouldn’t remember me when I met it. But Wesley was only unsure of how to behave for a few seconds, and then it all made sense,” Wesley shared. 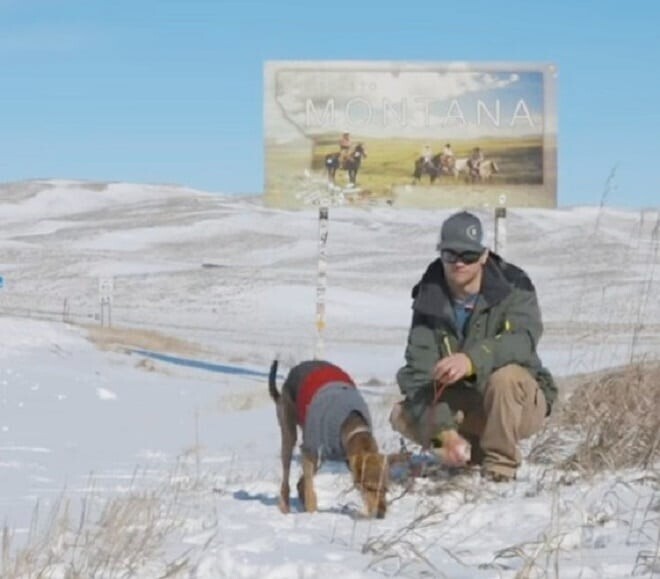 Winston now lives in snowy Montana. After sunny Belize, it has had to get used to the new climate. 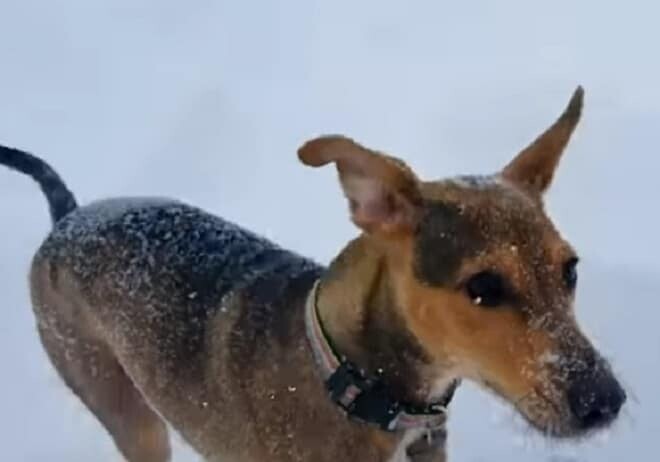 That’s how Wesley and Winston came together. Real destiny!