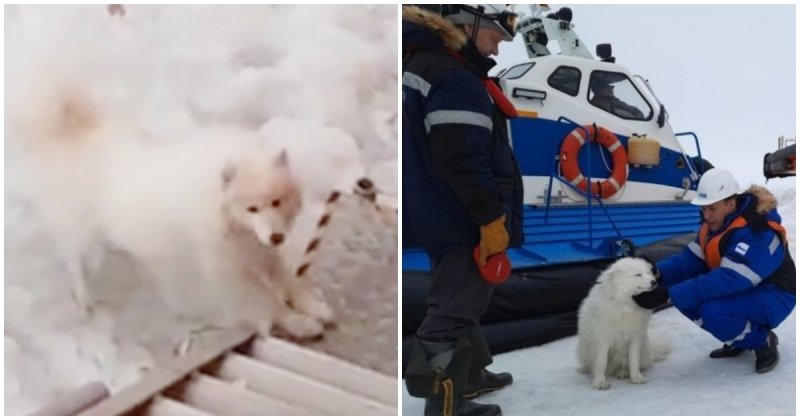 Someone from the crew of the icebreaker “Alexander Sannikov” heard a sonorous barking. Below, in the midst of cracks, snow, and icy water, a dog was running. It is surprising that from the height of the ship, the passengers managed to hear the howl for help at all.

The ship’s staff could not ignore the animal, which would not have lasted long without human help. Eventually, after taking a break from work, the crew engaged in a rescue of the animal. So, in the Gulf of Ob, four miles from the settlement of Cape Kamenny, a rescue operation was launched to save the snow-white dog. 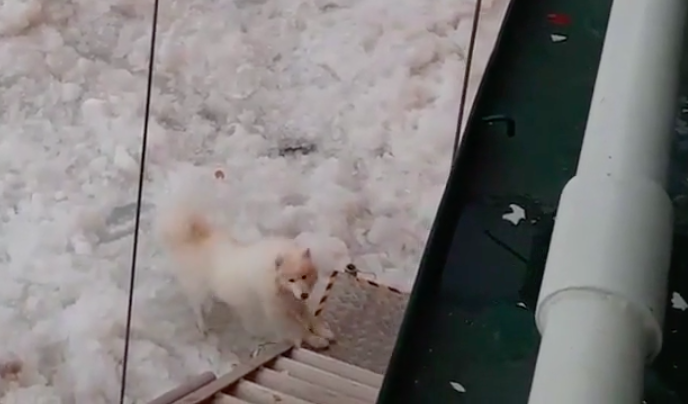 Later it turned out that the dog’s name was Aika and it had been lost for a week. The owners were unable to find it. After leaving the village, the animal ended up on the bay. However, there were cracks in the frozen ice, which the dog could not jump over on its own. 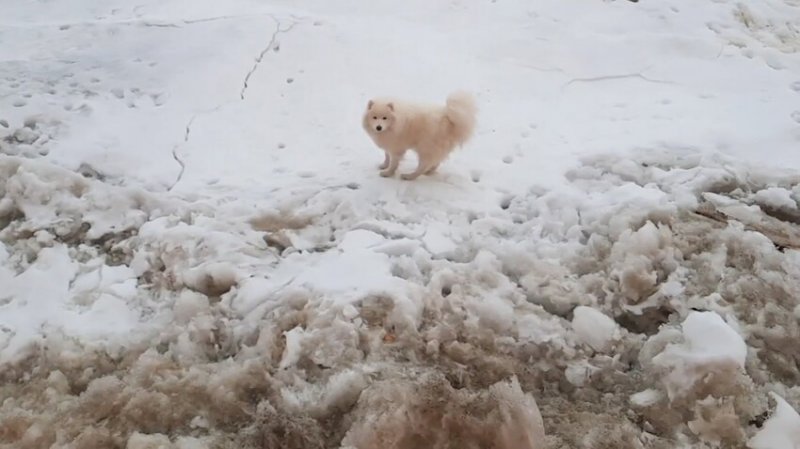 The captain of the icebreaker – Evgeny Nagibin – told about the rescue operation: “We investigated possibilities to lift the animal, set up a ceremonial gangway, on which the dog climbed on its own, lured the dog with treats. Then we contacted the village and found the owner.” 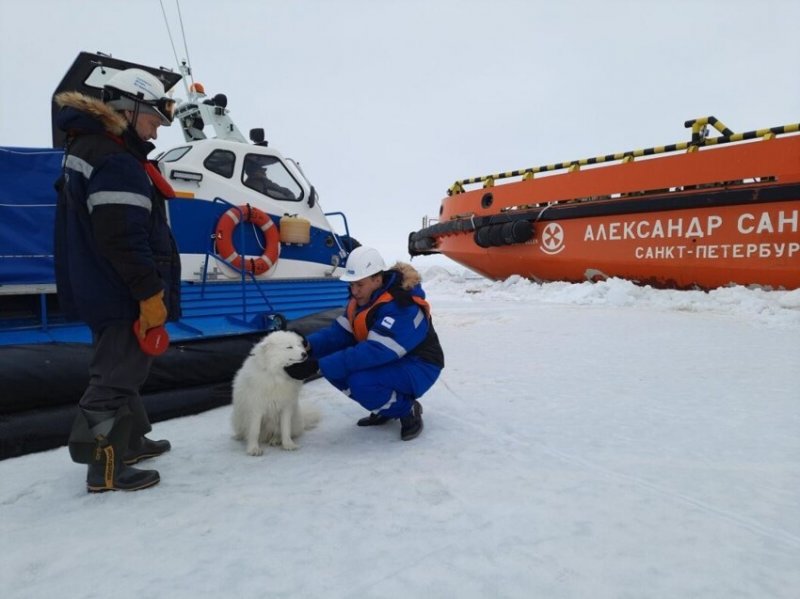 The fugitive Aika was warmed and fed on the icebreaker. It wagged its tail happily, finding itself on a warm ship surrounded by people after a week of wandering. Later it was sent with an air cushion to its owner. 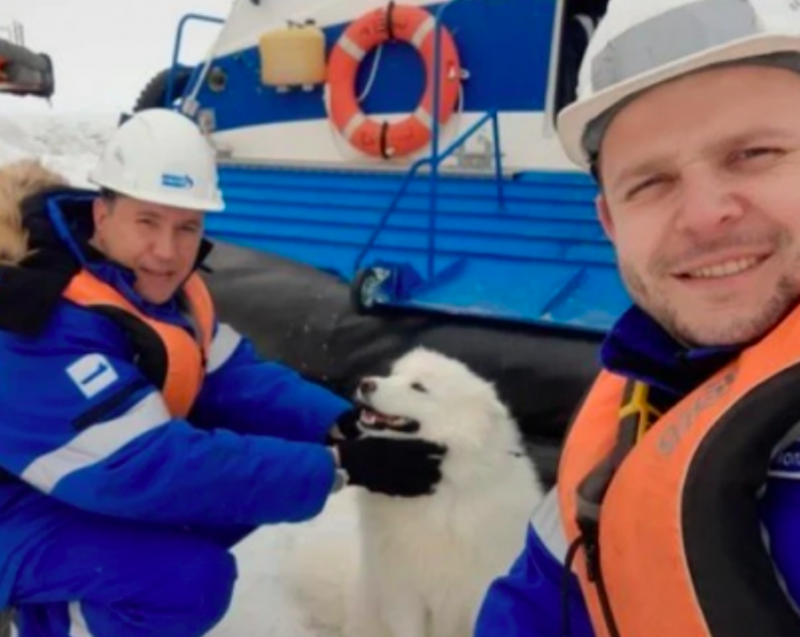 Svetlana Chereshneva from Kamennoye Cape, Aika’s owner, is very grateful to the crew for rescuing the animal. The dog will now be fattened, its legs injured by the ice will be treated and it will recover.