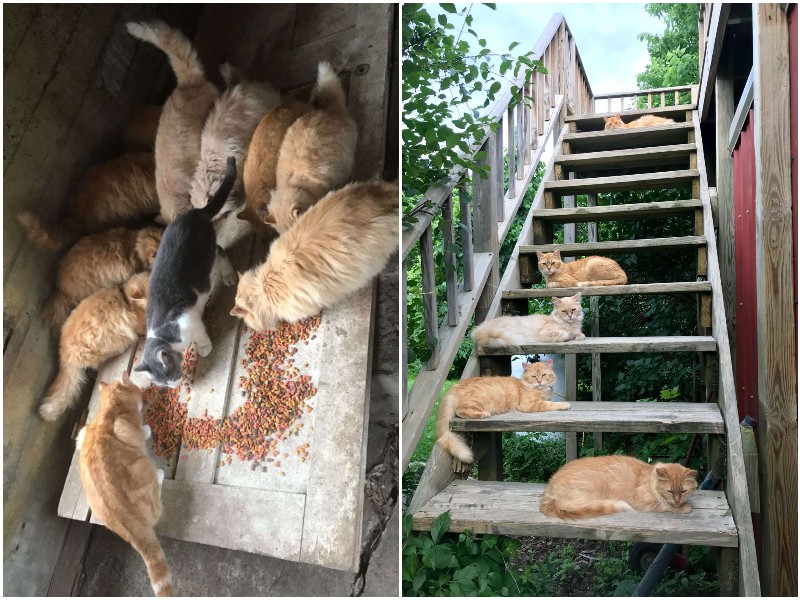 When a couple from the USA bought a new house on a farm, they had no idea that 15 cats were “bundled” with the house! Although the realtors promised to get rid of the cats, the couple were against it – they decided to keep the fluffy locals for themselves. 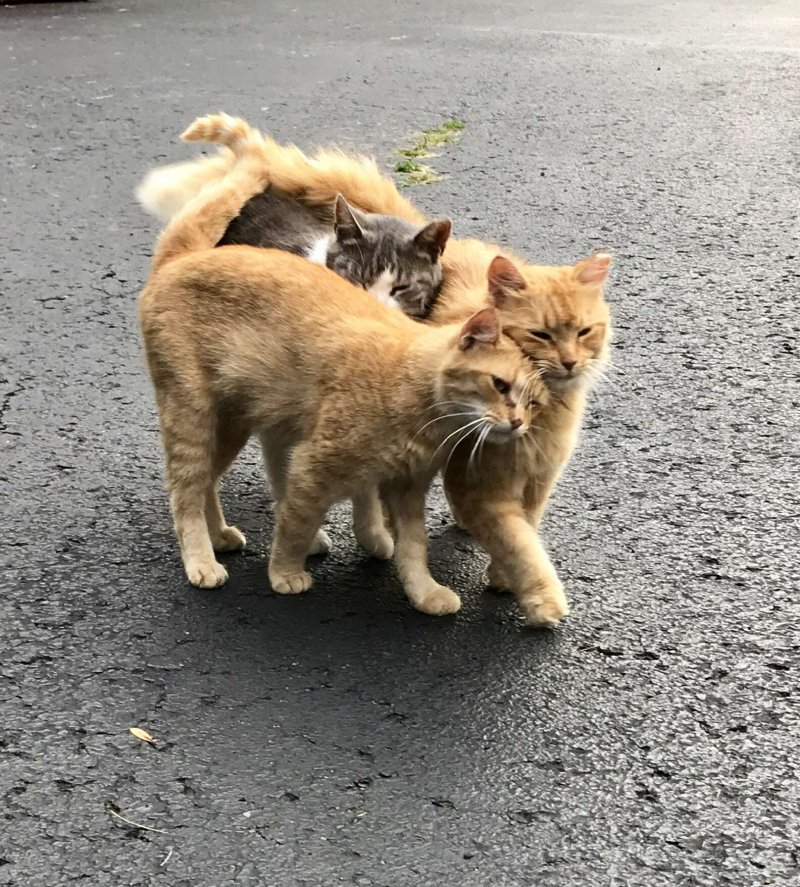 Americans Emily Bott and her husband recently purchased an old farm with a house. When the couple inspected the house before buying, they immediately noticed “locals” there – cats, of which there were about 15. It turned out that all these cats had been living on the farm all this time.

“We asked our realtor what will happen to the cats when we buy a house. He said they would get rid of them..,” says Emily. But the couple refused this option and asked not to touch the cats. Since Emily herself used to work with animals, she loved them very much. Therefore, when the couple bought a house, they decided to accept permanent residents of the farm. 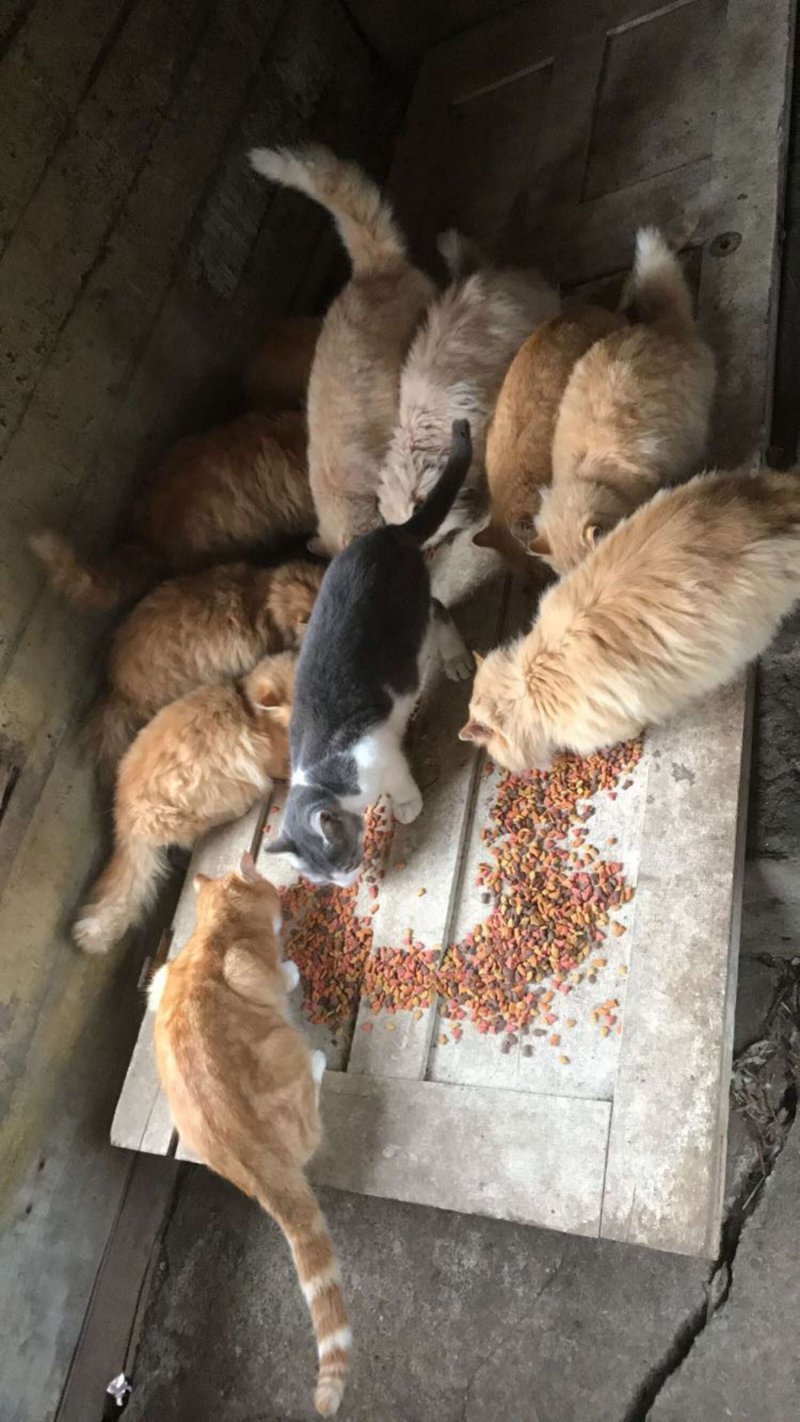 The couple found dry food, which was left by the previous owners, and fed the kittens. Emily discovered that many of them have ailments and they are not sterilized/neutered. The couple decided to take on these worries in the future. 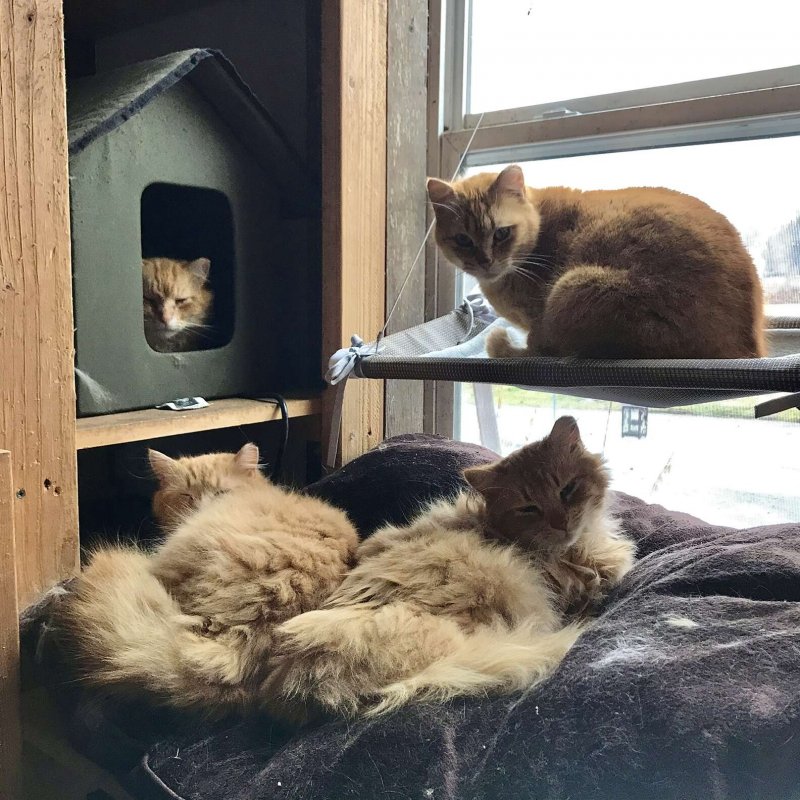 Another problem was gaining the trust of cats because they could not get used to new people for a long time. A married couple often treated them, tried to play with them, pet them, and show that they would not be harmed. Over time, the cat gang trusted the new owners of the house. Although many cats still do not like petting, they are used to the family and are grateful for the care. 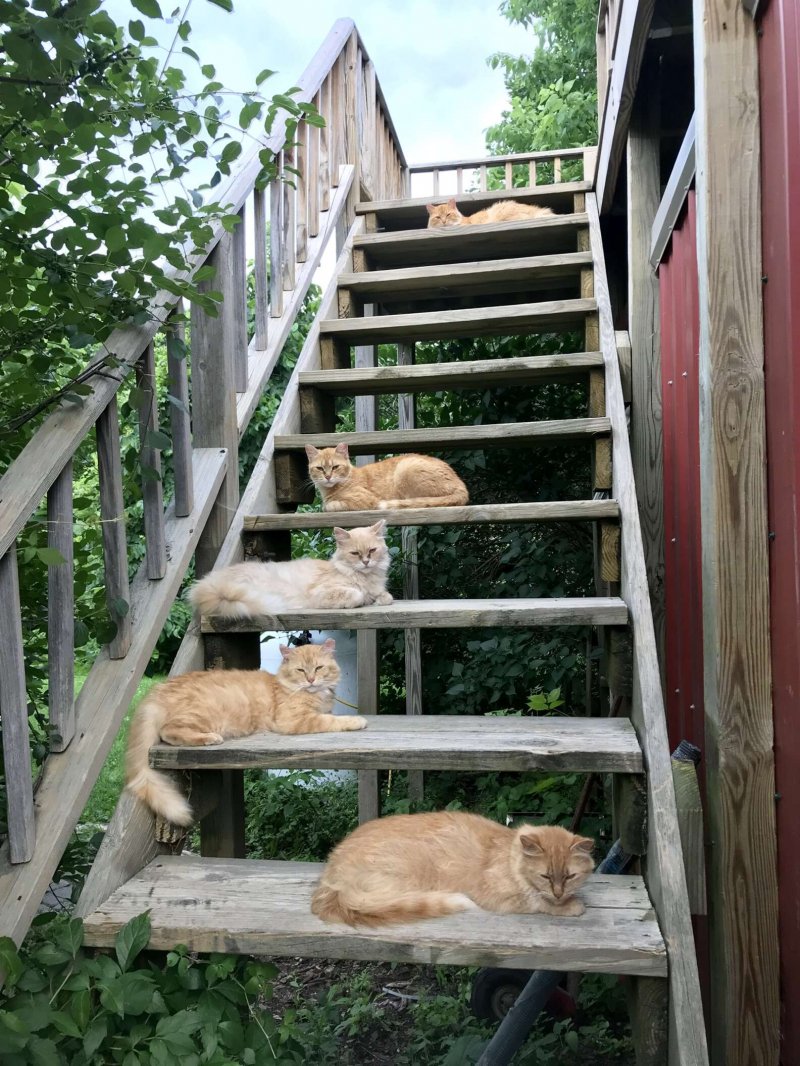 Now the couple is repairing the house and periodically comes there. Every time the cat gang runs to meet them as long-awaited guests. Now the couple plans to open a small shelter for cats someday, where they can enjoy life with might and main and live in comfort.