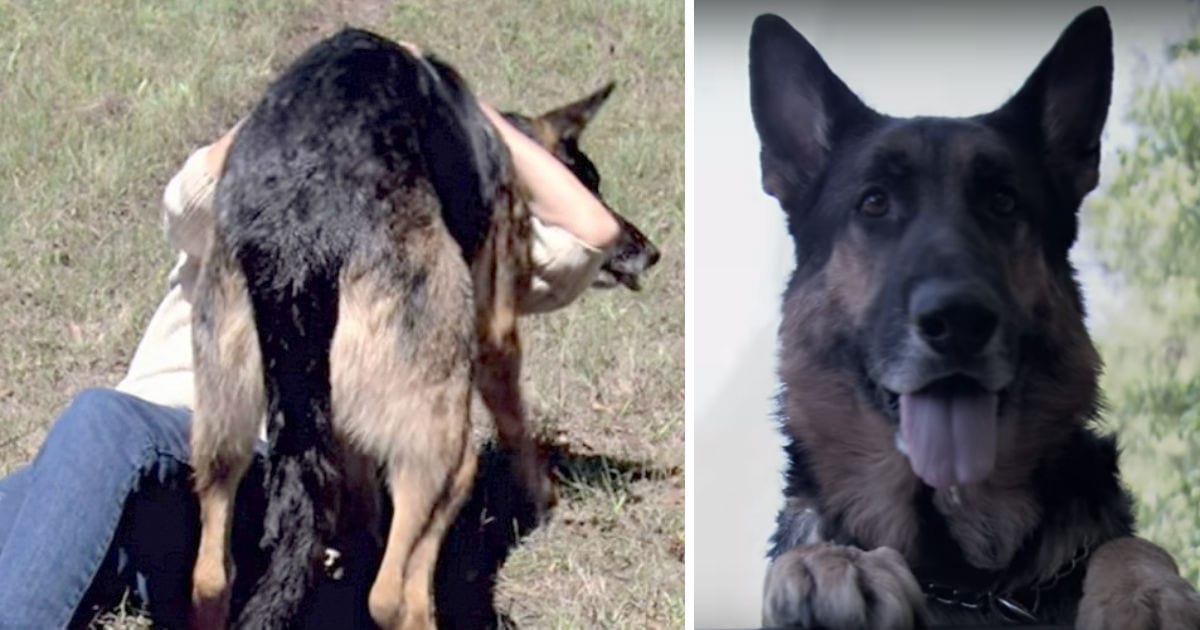 Shannon Lorio was driving through a winding road when terrifyingly, her car spun off the concrete and threw her out of the rear window. Shannon and the car wreck were hidden in a woody area, too far into the shadows for anybody to see her.
But amazingly, the woman was saved by a hero that she will forever owe her life to – a homeless dog. The dog was able to drag her from the wreck, and thanks to him she was able to signal for help and be treated for her injuries.

Speaking of her hometown in Pavo, Georgia, Shannon describes it as “a quiet area” where “everyone sticks to themselves.”
Coupled with the winding, curvy roads, its not an ideal location to crash your car in, as Shannon was about to find out for herself. After a heated argument with her husband, Shannon explains how she took off in her car to clear her head.

“I was angry, and I was speeding.” Shannon recalled. “I turned onto a road that was really windy and curvy, took the first curve no problems- but when I came into the second curve, the car fishtailed. It took my out of the driver’s seat and threw me out of the back glass.”

When Shannon came to, she was lying halfway out of her car, with the bottom part of her body lying in the backseat, and her torso laying up onto the back of the trunk.
Despite not remembering much of what happened, Shannon knew that she was in a lot of pain and that she needed to get help, fast. Because of the spot that she had crashed into, this was going to prove very difficult – but luckily, someone was on hand to help.

“Because of the way my car went in, anyone who was coming wouldn’t have seen me.” Shannon said. “I don’t know how long I had been out before I came to, but I remember when I did come to, I felt this huge presence. I don’t know if he was making his rounds (the dog), I don’t know if he was headed back to his original owner. But he came across me, and I thank God that he did.”

“He had jumped up onto the back of the car, and he was up there where I was at. My face was bleeding, and he began to lick my face. And the next time I came to, he had me turned around and halfway off the car. He was pulling me off the back of the car.”

According to Shannon, the heroic dog had grabbed the back of her shirt and didn’t give up tugging and pulling until she was completely out of the car. He then pulled her to the edge of the road where she would be seen by passing motorists.
She knew that she had to stand up to get attention, so Shannon reached up and wrapped her arms around the dog’s neck. Thanks to her very own hero, she was able to pull herself up and stop a passing car, who immediately called an ambulance.

Shannon next woke up in hospital, where she found out that she’d obtained a brain hemorrhage from the crash. Luckily, she was able to recover quickly at home, and she will be forever grateful for the dog who saved her life.