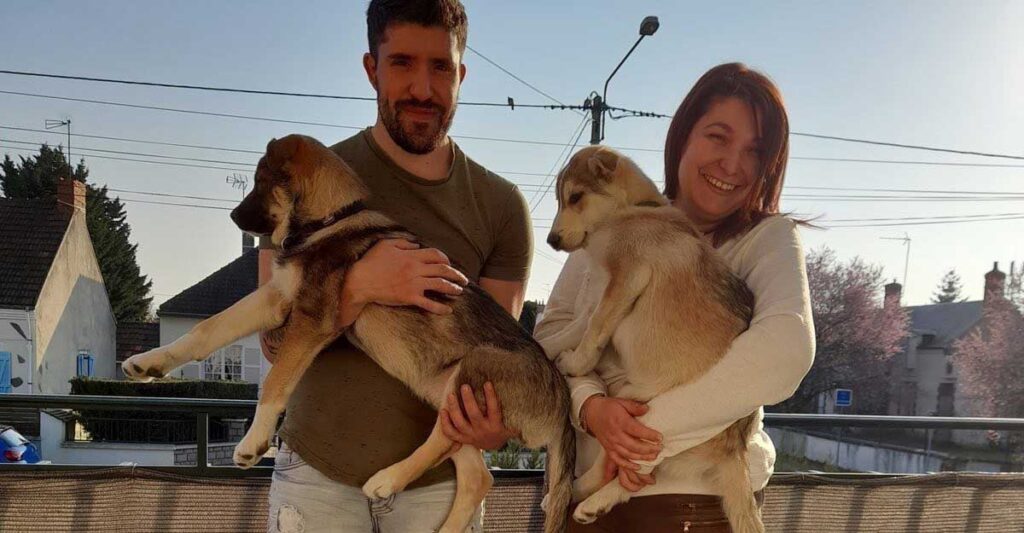 Frenchmen Melody and Pierre were looking for a companion for their dog Pixel, also adopted. This is how they met Ringo, who had been thrown into a rubbish dump along with its blind brother Razmo.

The dogs are so adorable that it’s almost impossible not to fall in love with their legs or paws. Turns out that’s exactly what happened to a French couple who went out to adopt a new companion for their current pet and instead of returning with one, they came back with two. And the thing is, in their search they went to the same shelter where they adopted their first dog, there they picked up their new faithful friend and returned 45 minutes later to care for its blind brother. 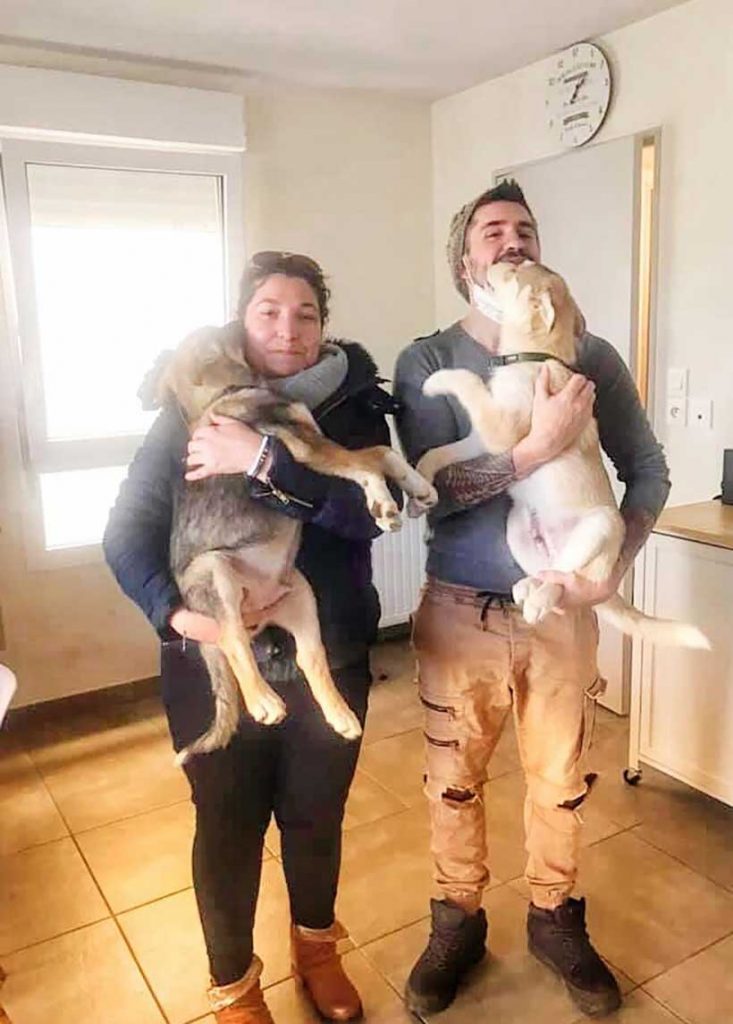 Melody and Pierre, a married couple from Cher, France, travelled for four hours to go pick up Ringo, the new companion of their dog Pixel, whom they adopted two years ago.

Pixel came into Melody and Pierre’s life when the couple contacted Moustaches et Compagnie, a non-profit animal rescue association. From then on, they kept in touch until they found out about Ringo and didn’t hesitate to make it part of their family.

“They fell in love with Ringo,” the organisation wrote on Facebook. Melody and Pierre got to where Ringo was and went home. All was going well until the association received a call 45 minutes later. “We have a thousand questions in our heads: have you changed your mind? Did Ringo do something wrong? Is it unwell in the car?” They wondered.

But that was not the case at all. What really happened was that the couple could not stop thinking about Ringo’s brother, Razmo, who had been diagnosed with congenital cataracts that could not be operated on. The little boy was blind. The puppy and its brother were thrown in a rubbish dump, but until then only one of them had started a new life. 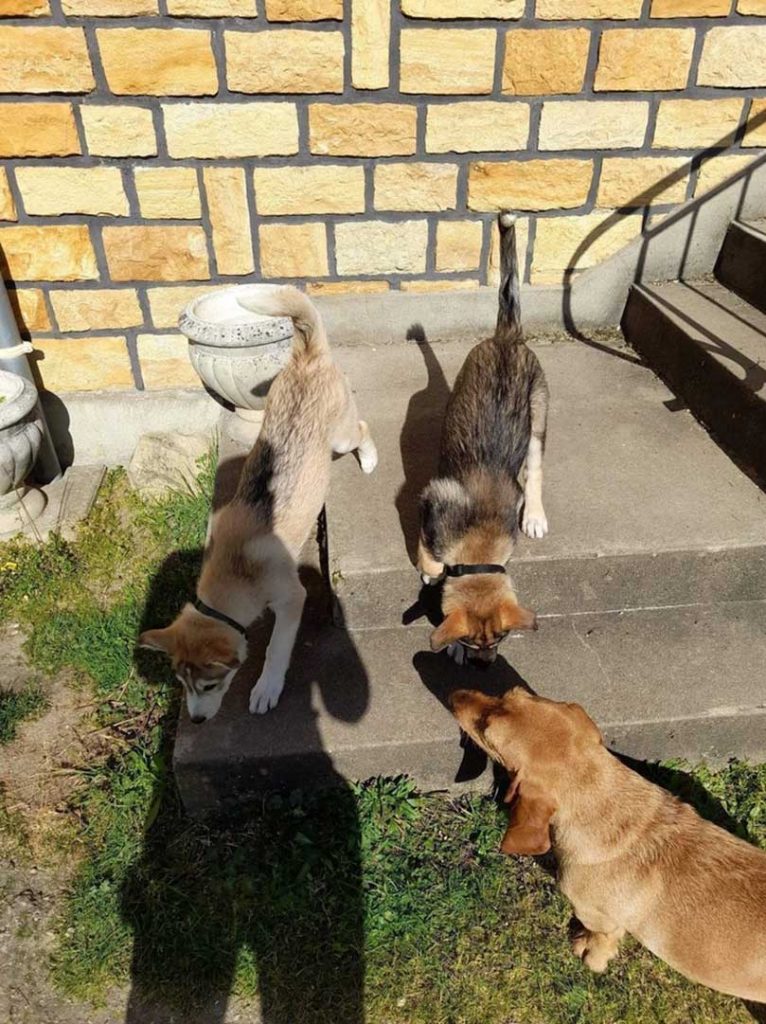 Melody and Pierre couldn’t resist and wanted to adopt the blind dog too. “They explain to us that the story with Razmo really touched them, that they had discussed it and that they were proposing a double adoption! Not wanting to separate the two brothers, they offer to look for Razmo again!!!”, the association said in a social media post.

Today Razmo, Ringo and Pixel all three live with Melody and Pierre, who told the French media Actu that despite the puppy’s disability, all went well and that they should “be careful not to move furniture around so that the puppy doesn’t hit the furniture and get hurt. The puppy makes up for it with its sense of smell and hearing,” the woman explained. 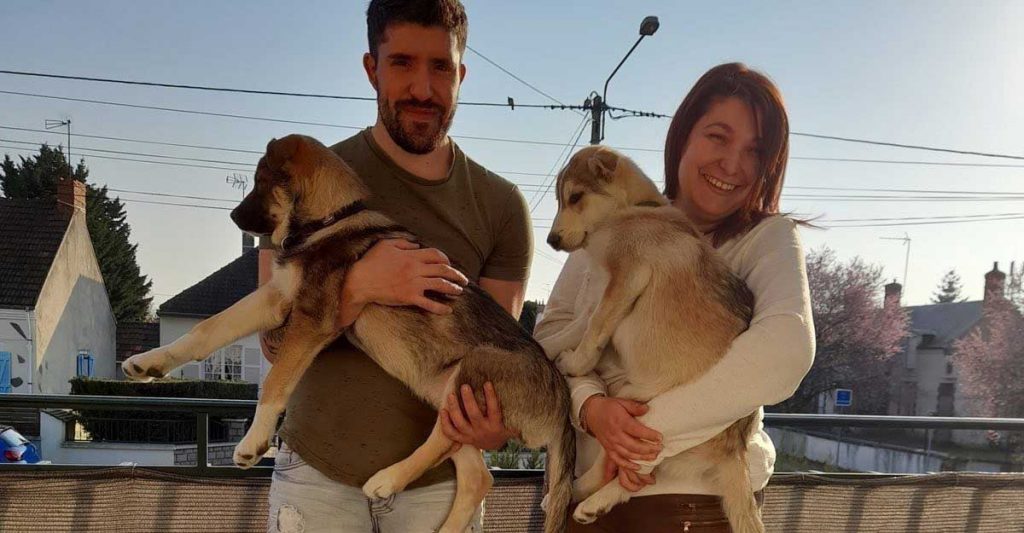 About their dog Pixel, the couple also commented that he is happy with his two new furry friends, a husky and shepherd mix. What’s more, they confessed that the three “started playing as soon as they got out of the car.”