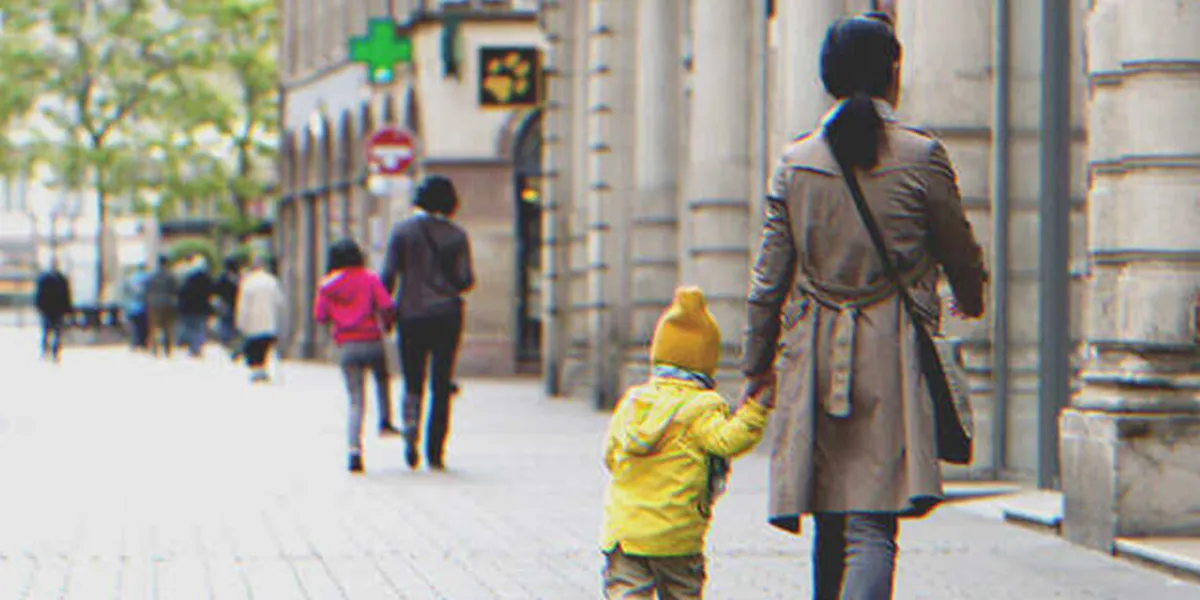 When the nanny warned her that she would not be coming to work, single mother Jessica had no choice but to take her three-year-old to work. He promised to behave himself while she was in a meeting, but ended up doing something completely unexpected.

With a day like hers, Murphy’s law should be called Jessica’s law.

Jessica has experienced a series of negative events. She was late for work for the second time in a week. On the day of an important meeting, a large jam stain appeared on her only clean shirt. And her nanny warned that she could not come that day.

Of course, more important things have happened in Jessica’s life in recent years.

She hastily married a man who had no plans for the rest of his life. Three months after marrying Marcus, an unwanted pregnancy put Jessica’s rapidly developing career as a lawyer on hold. And a year after the birth of her son Keith, she left her husband. Marcus turned out to be another child that Jessica had to take care of. 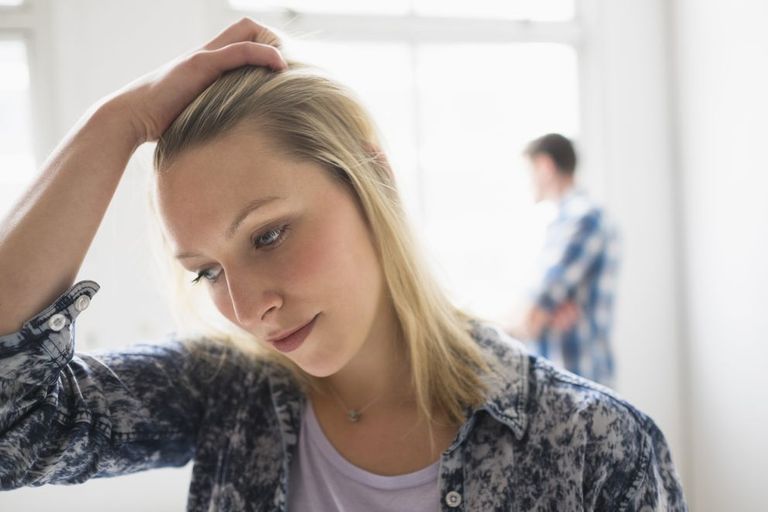 Jessica has always felt a little guilty about her son Keith. He is now three years old and he loves his mother very much.

But Jessica could barely find time for Keith. Trying to restart her career after a long break, she took the first job she could find.

It was a start-up set up by a group of young guys who were creative and technical geniuses but had poor organisational skills. Jessica worked long hours drafting contracts, attending meetings and sometimes stopping her bosses from making unprofitable deals with unreliable clients.

“At least they pay me well,” Jessica justified herself to her colleagues, knowing that her salary was nowhere near theirs. 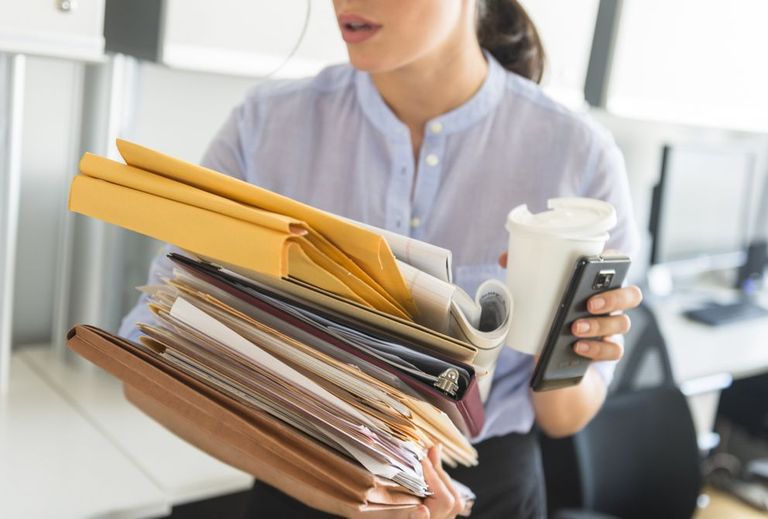 “Mum, relax. Your meeting will go well!” Keith tried to reassure his mother.

On any other day, Jessica would have kissed Keith goodbye before she left for work. She would get in the car, turn on the radio and clear her mind. She would look around and see people walking their children to school or walking to work together.

Jessica had almost forgotten what it was like to have a partner who loved, cared for and helped her. Sitting behind the wheel of her car, she often wondered if she would ever find love again.

That ride in the car was the loneliest part of her day. “But not today,” Jessica thought with a smile. 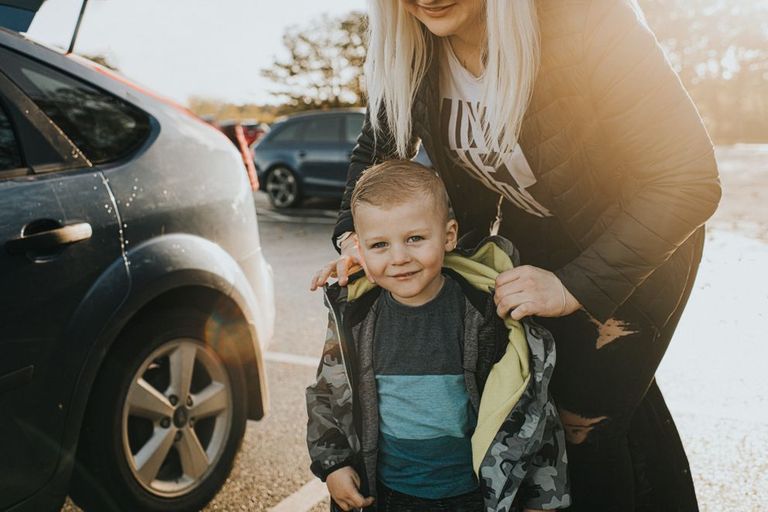 She had to take Keith to work with her that day. She knew her superiors wouldn’t like it, but it was the only way to attend the meeting.

On the other hand, the atmosphere of loneliness in the car that morning was replaced by delightful children’s fun and rhymes.

“It seems to me that the day will go well,” Jessica thinks, feeling a strange sense of calm.

“What do you want in return?” she asked.

“Nothing. I just want pancakes for breakfast!”

So, without forgetting the pancakes, Keith tried his best not to push all the buttons of the luxury elevator, not to touch the vases and not to make flips on the marble floor. 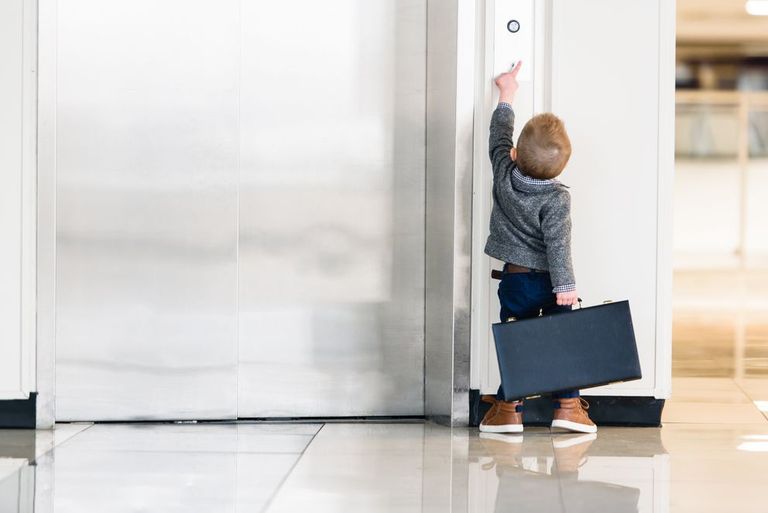 When Udo, Jessica’s boss, saw that she had come with the baby, he became worried.

‘I hope you don’t intend to keep him here. You have an meeting you need to get to.”

“Good morning to you too, Mr Boss,” Keith saluted spectacularly. The staff all burst into laughter and were amazed at the little boy’s humour.

Udo tries not to look embarrassed, smiles slightly at Keith, then whispers sternly to Jessica: “If you can’t come in on time or keep your personal affairs at home, you need to reconsider your career. That’s why companies avoid hiring women who want to go back to work.”

“Okay, that’s enough…” Jessica was about to take her accumulated anger out on her boss.

At that moment, clients entered the adjoining meeting room. To Udo’s surprise, it was a team of five women and one man. 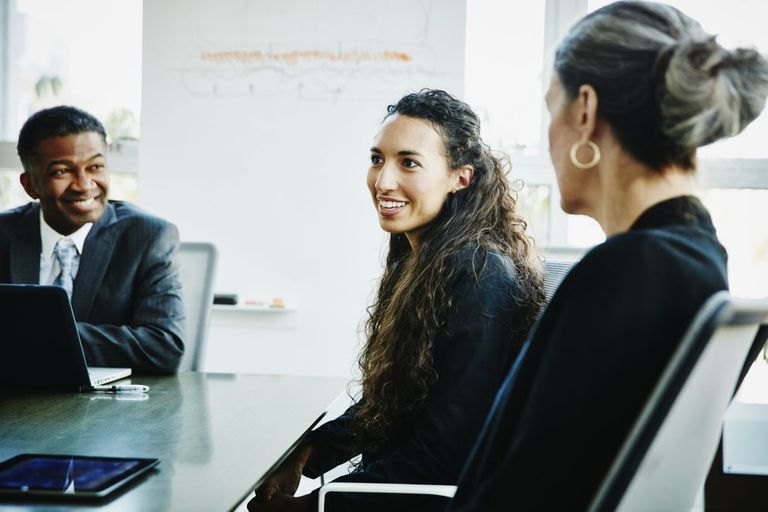 “Take care of your little one and join the meeting. We need you!”

There was more despair than anger in Udo’s voice. Jessica sighed in exhaustion. “I am also concerned. I need this negotiation to take place.”

She set Keith up in the small conference room, in the corner, with snacks, his favourite pencils and a colouring book.

Hurrying to a meeting, she asked some colleagues to look after him. They were happy to meet the charming child and spend some time talking to him.

As soon as she entered the meeting room, Jessica felt uncomfortably stiff. The meeting was not going well. 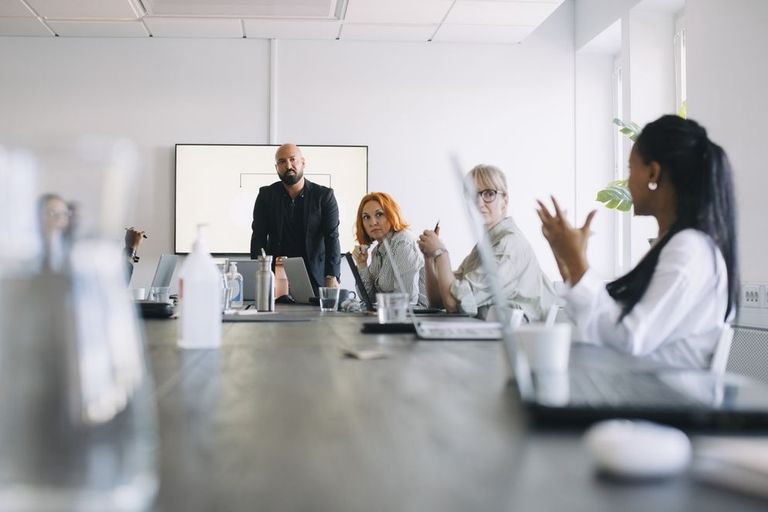 For Udo and his team, Jessica’s appearance was a relief. They knew that if anyone could save the meeting and complete the negotiations, it would be her.

“We just don’t think you can find the right tone or language to market our company. We are a women’s and children’s brand, and judging from our communication with you so far, we are not sure you can adapt to our market. We can’t take that big of a risk.”

“But let me assure you,” Udo began to explain. “My colleagues and I have built a very…”

“Excuse me, but is that a child banging on the window?”

One of the women on the client’s team spotted the child.

It was Keith! He was pounding and looking at Jessica through the glass, trying to get her attention.

“This is getting worse and worse! I’m going to get fired for sure.” 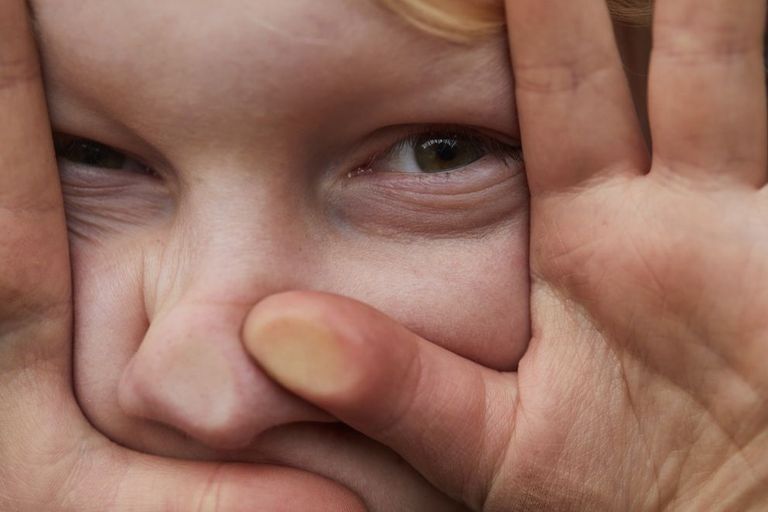 The colleagues who were supposed to be watching Keith tried to persuade him to step back, but the little boy wouldn’t move.

Udo gave in and opened the door slightly.

“Hey mate, not now, okay? Jessica’s busy, she’ll be with you shortly.”

Udo tried to convince the boy, but to no avail.

“I have to talk to Mama. Mama!” Keith called out louder this time. Jessica rushed to him.

“Oh, let the boy in, okay?” One of the customers was curious to know what the child would say.

“Mum, I’ve changed my mind. We don’t eat pancakes. I know you don’t like pancakes. And we’ve been eating a lot of sugar lately. So I think we should have broccoli for lunch. Just broccoli. I hate this, but I broke the toy you bought me yesterday.”

When Keith finally stopped to catch his breath and wait for his mother to answer, all the customers burst into laughter. They couldn’t wait to see him up close. 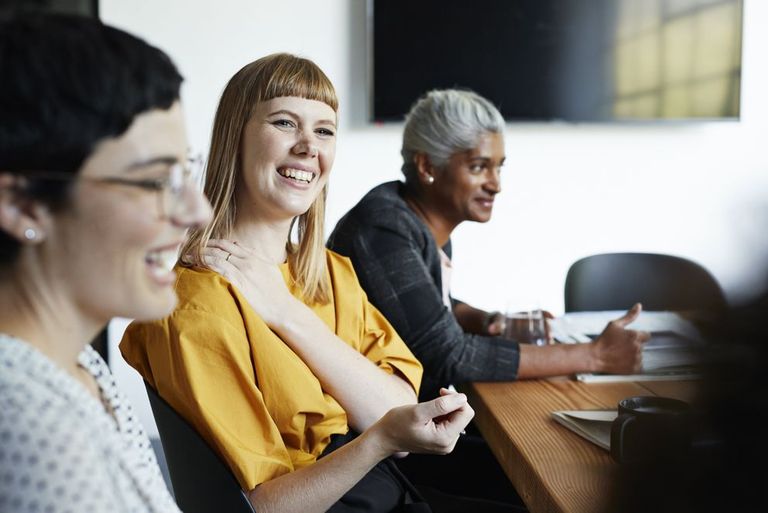 “Keith!” – he replied with his characteristic dimpled smile.

“Keith, dear. Come back in five minutes and we’ll all take you out to lunch together. What do you say?”

Jessica nodded at the courtesy of the customers and escorted Keith out.

“You didn’t tell me that you have a child-friendly workplace. That makes a lot of difference. Let’s talk about it again. But this time we want to hear from this young woman,” they said, pointing to Jessica.

Jessica did not hesitate. She spent days working to develop the perfect proposal and contract for the clients. She presented it all with confidence and enthusiasm.

And just as she was about to finish, Keith knocked on the door again. 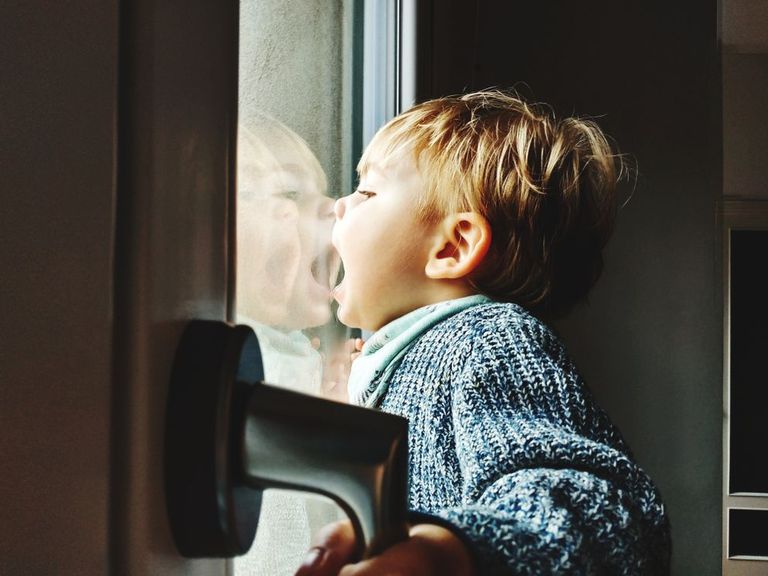 Udo and Jessica smile awkwardly at the clients, hoping that they have managed to convince them to finish their negotiations.

The six managers give each other a brief glance and wink approvingly.

“Well, ladies and gentlemen. We are in agreement. We would like to offer you a one-year, million-dollar contract. All thanks to this little boy and his wonderful mother.”

“You know, you should think about hiring more women to resume work. They bring a certain clarity and warmth that can be beneficial to your business.”

Udo looked at Jessica, who was glowing with pride. As they left the boardroom, he whispered to her: “I’m really sorry about what happened, Jess. You’re brilliant. I think I deserve some broccoli.”