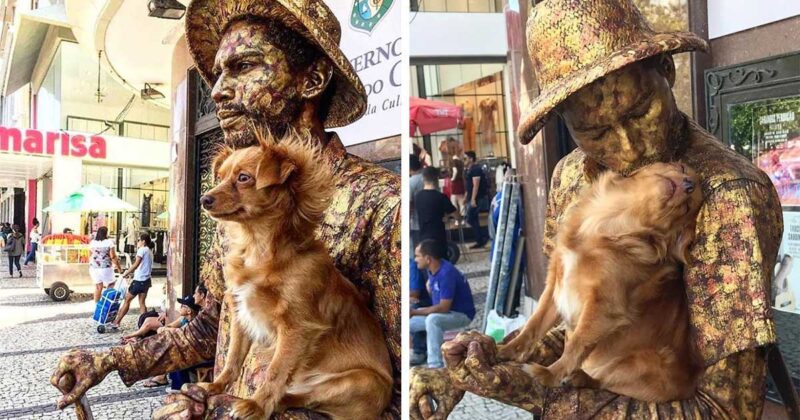 This incredible and his foster father, a street artist, live and work in Brazil.

Wherever you go, it’s always unique and fun to see these artists on the streets who always win your attention. We are talking about human statues, which at first glance do not seem to be real people.

The creation of this form of street art dating back to the Middle Ages requires hours of creative training, great patience, physical control and stamina.

And if you think there’s nothing more impressive than people who transform perfectly into statues, read the story of Jorge Luis Ruiz and his dog Jasper. 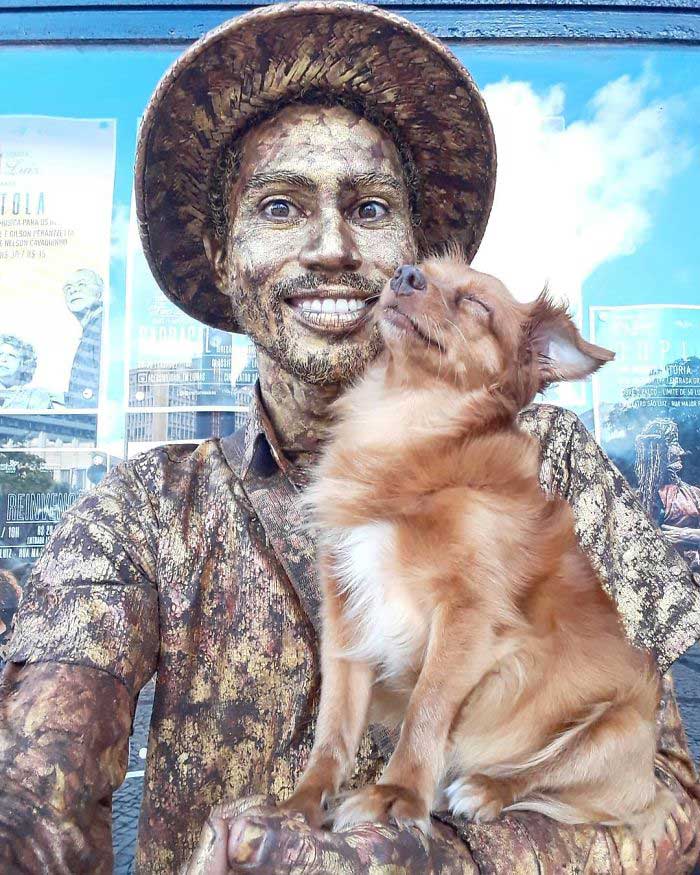 This Venezuelan street artist has been improving his skills for four years after moving to Fortaleza, Brazil. 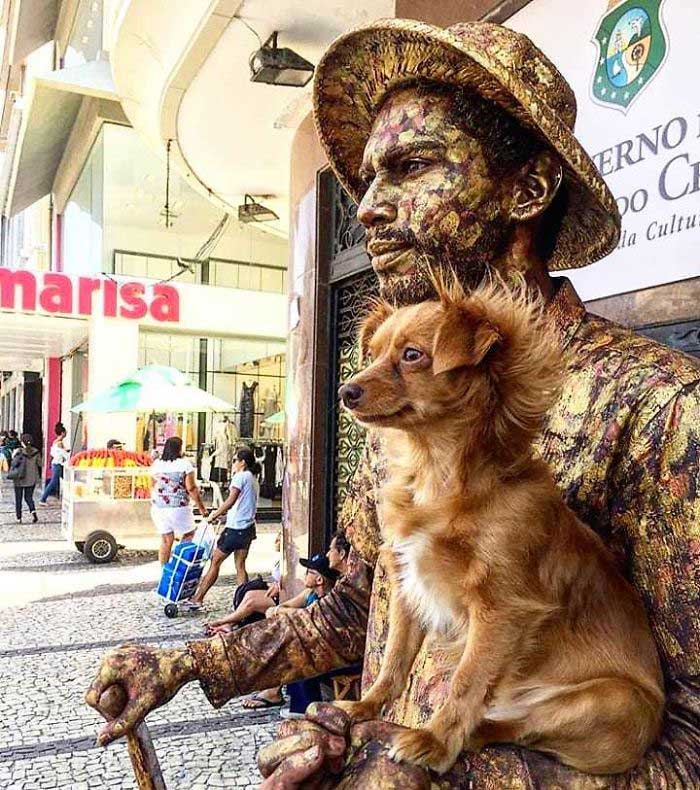 He performs as a living statue to entertain passers-by, but there is one particular addition to his routine that helps him stand out among other living statues and has earned him worldwide recognition. 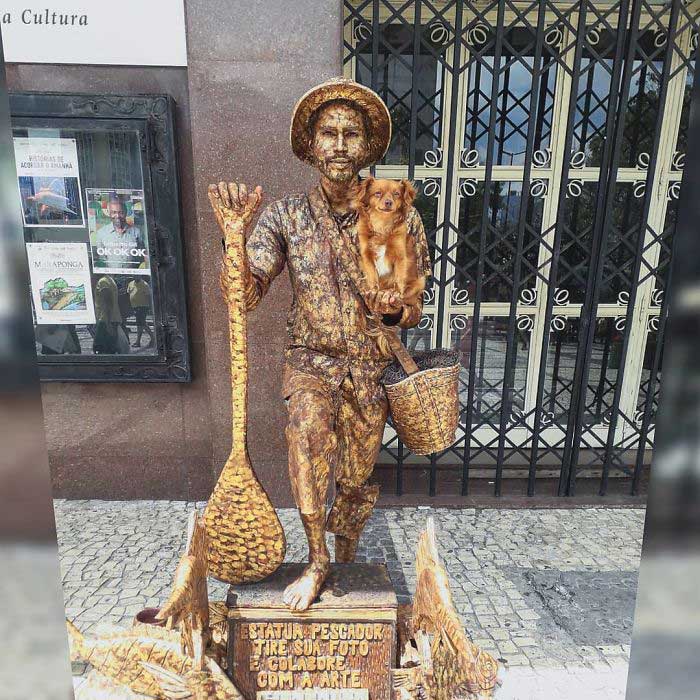 Jasper is the best companion one could wish for: he not only accompanies Jorge to work on a daily basis, but actually helps him in his activities. The dog must have a natural talent, because not only does his brown fur match Jorge’s copper-red fisherman suit, but he instinctively freezes during the performance, just like his father. 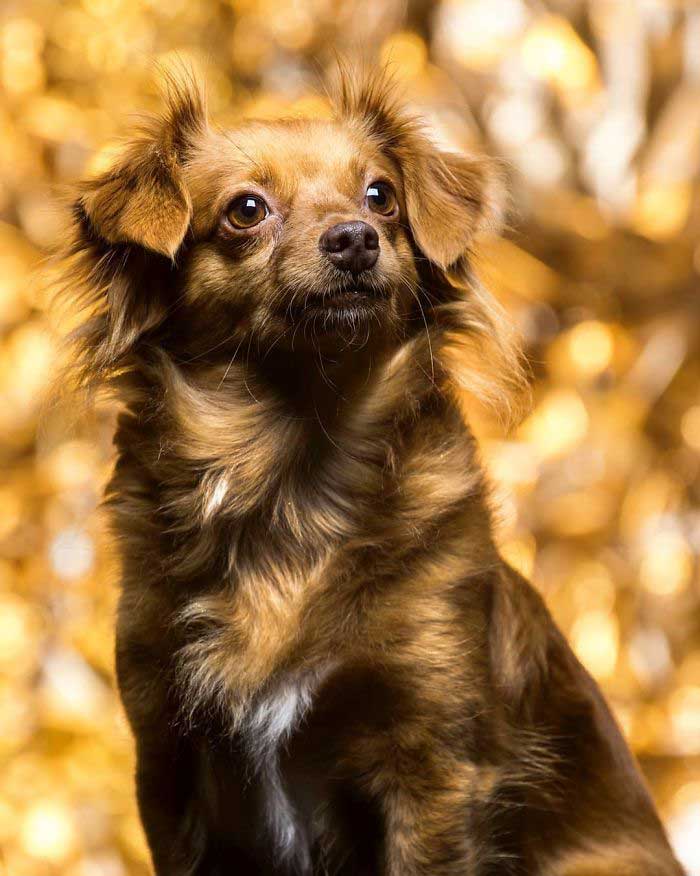 There must be some magic involved here as Ruiz admits he never trained Jasper and the surprising act came naturally when he kissed Jasper on the neck. 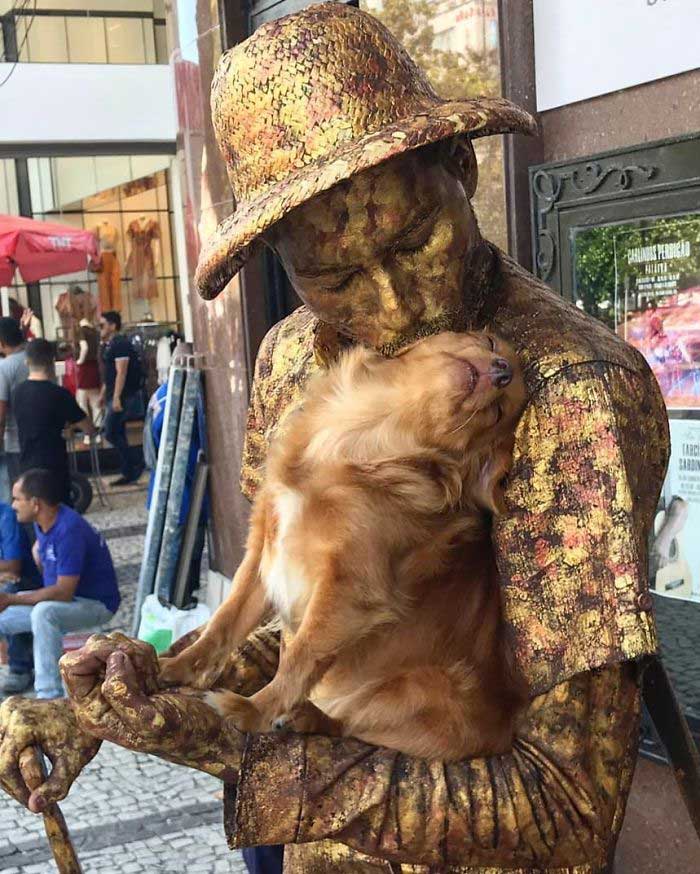 Jasper’s performance is Oscar-worthy, and they caught the attention of people living on Brazil’s busy streets when a video of the duo, filmed by Ceara’s Secretary of State for Culture, went viral on the internet hitting 2.84 million views on Twitter. 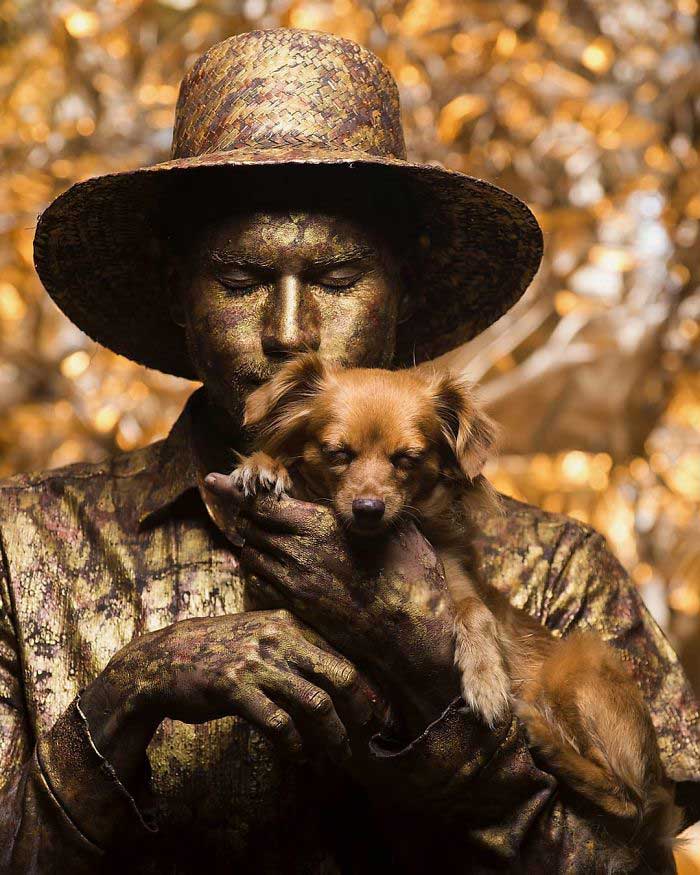 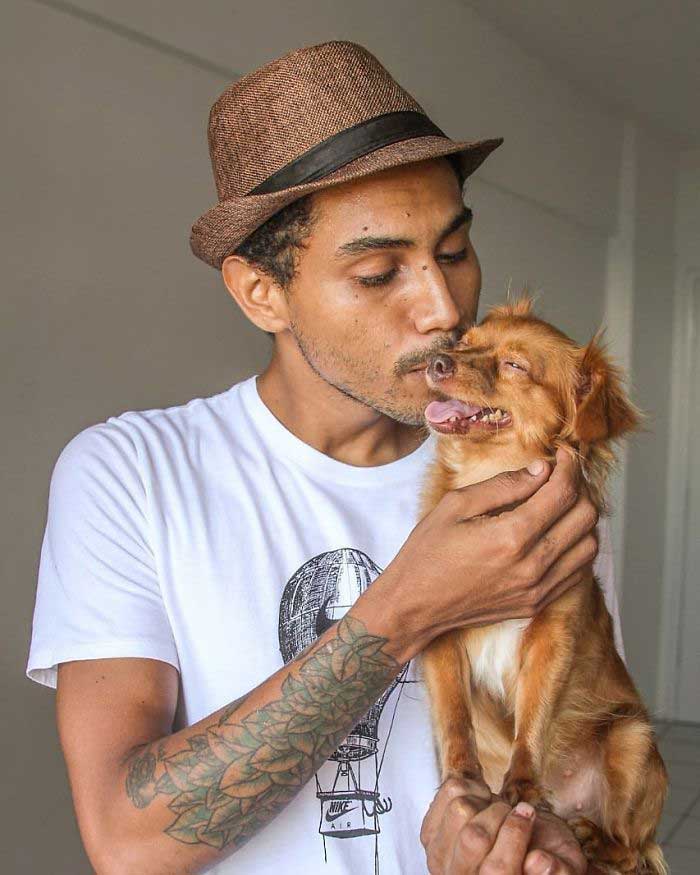 Jorge wrote: ”Every day we thank the Brazilians for the appreciation of our work. We are overwhelmed by all the positive feedback we are receiving at the moment.”