Since the release of the Harry Potter book, storage rooms under the stairs have become synonymous with sad little houses. But Karen Adamson has proved on her own example that it is possible to make a real dream home in such a place – all it takes is an effort. In less than a day Karen and her boyfriend managed to create a fun home for her daughter which the little one absolutely loved – you can see it all on her face! 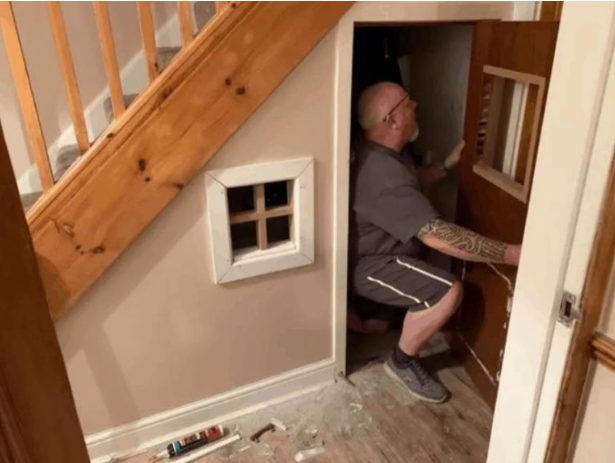 Karen Adamson from Dunder Hall, UK, decided to set up a play space for her daughter Holly and chose a storage room under the stairs. The famous wizard lived in a similar dwelling, only the little girl was much luckier than him – her home was much cosier.

Construction only took less than 24 hours. 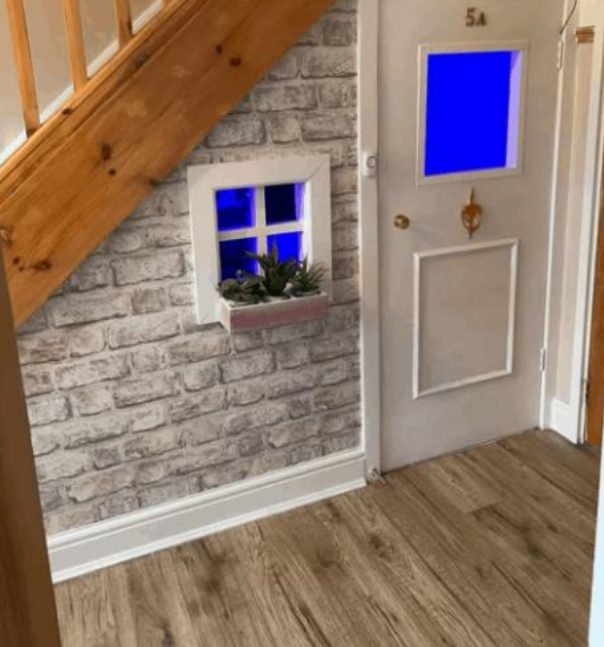 There was no need to install a door – it was already there, so the adults cut a window in it and decorated it with a skirting board. They also decorated the window. The couple then painted the inside of the house and wallpapered the outside in the shape of bricks to make it look like a real wall. 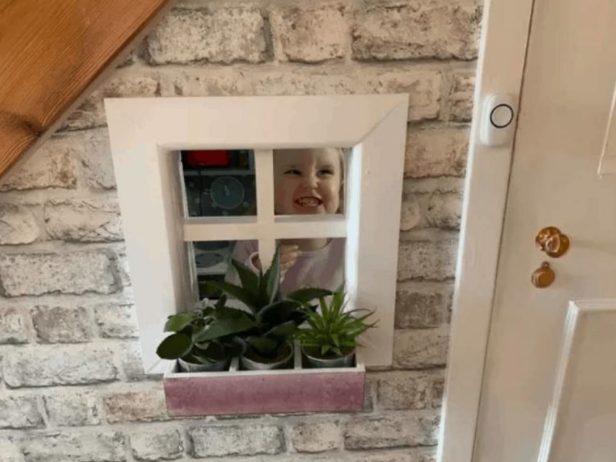 The house looks like the real thing – right down to the details. Karen has added important little things to the house – handles and a working bell, which she ordered online. Later she plans to hang curtains and put a letterbox there to complete the picture. The inside of the house turned out to be just as interesting as the outside – the furniture includes a sofa and a children’s kitchen, which even has a toy dishwasher and a microwave. 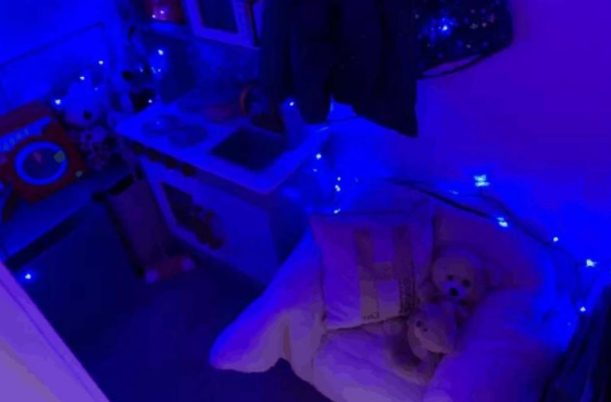 According to Karen, the little house didn’t cost her that much. In total, it cost her mother less than £100 to build a playhouse for her daughter. But who cares how much the house costs if Holly loves it anyway? Holly loves her house and she likes to pretend she’s cooking dinner for everyone. So even the pantry under the stairs can be turned into a cool room – all it takes is a bit of renovation magic!