Although many people find solace in solitude, it is safe to say that there is a big difference between much needed peace and quiet and feeling completely alone. This is especially true during eventful times in people’s lives, including the festive season. So when a grocery shop worker found out that an elderly widower might be feeling very lonely, she wanted to do something to bring a smile to his face – and their story is incredibly moving.

Ellie Walker was a 22-year-old Sainsbury’s worker when she decided to perform an endearing act of kindness. One of her most loyal customers at the grocery store is Edwin Holmes, who was 86 years old at the time their story began. Holmes’ wife passed away in the summer of 2006 after 45 years of marriage.

Most of the family members he was close to lived far away in Australia, while he lived in England. The elderly man also didn’t seem to have many close friends. According to The Sun, it seemed like Holmes spent many days all by himself. However, it appeared that Holmes received care from Expertise Homecare Ltd, and he lives in sheltered housing.

So, in 2017, Walker made sure that Holmes wouldn’t be alone, at least for a little while. The grocery store worker invited the widower to dinner after hearing about his situation, and it was a night that neither of them will ever forget. Holmes was clearly touched by Walker’s kindness, and Walker was overwhelmed with emotions after seeing how grateful Holmes was.

Read on to learn more about this heartwarming story. 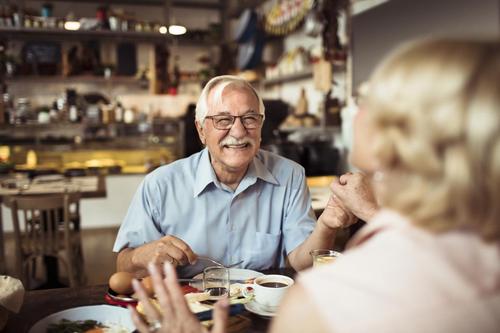 Walker was so saddened by Holmes’ story that she knew she needed to do something to warm his heart. According to Kiss 92.5, she said:

“Last night I had the privilege of going on a Christmas dinner date with a very special gentleman. Edwin is one of our most loyal customers and although he doesn’t spend thousands of pounds he is valued within store by both staff and other customers. He has no immediate family and he mentioned a few weeks ago that he would be spending Christmas alone with a frozen ready meal.”

Walker said the idea of Holmes “being on his own at such a special time breaks my heart,” which prompted her to invite him for dinner. She continued:

“So last night on behalf of Sainsbury’s I took Edwin for Christmas dinner in the store cafe. He came in all dressed up and presented me with flowers. Such a lovely night with a lovely man. I’m so grateful to have met you Edwin thank you for making my life brighter.”

Speaking with The Sun, Walker said, “He said it was his first ‘date’ in 55 years and he was as nervous as a schoolboy. It made me cry because I could see how much it meant to him. For me, it’s the most important part of my job to speak with customers and see how their day is going.”

Holmes chimed in, saying, “The dinner made me very happy as it was unexpected and I had very pleasant company.”

Walker and Holmes have remained friends and even meet regularly for coffee! 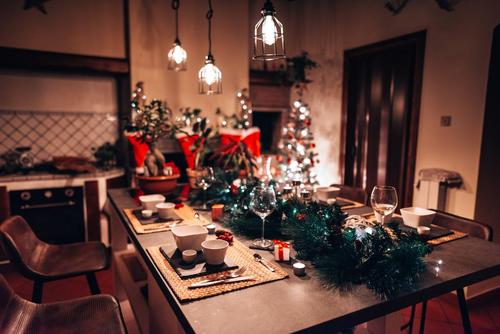 Did the story touch you? What would you do if you were Ellie Walker? Let us know, and don’t forget to pass this article on to your loved ones. 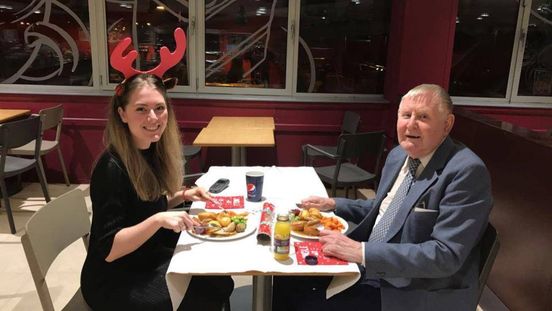 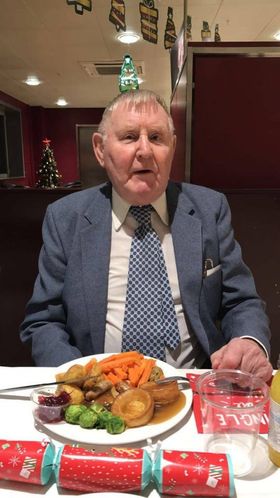