“Are they both yours?” – Because the babies look nothing like each other. The color of their skin, to say the least. 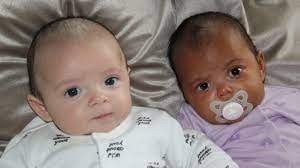 Aion has green eyes and light skin, while Azira has brown eyes and a much darker skin tone. Genetic experts calculate that the chance of giving birth to such twins is a million to one.

Chantelle herself is of mixed race. Her maternal grandfather is Nigerian, but he looks white, while the babies’ father Ashton, who is also 29 years old, has Jamaican and Scottish roots. The mother of three says the twins looked the same at birth. But as they grew older, Azira’s complexion grew darker and darker.

The babies’ characters are completely different.

According to their mother, the twins have completely different personalities, but they seem to get along well.

“Azira was a little darker at birth, but just a little bit. Now, after a few months, she is darker than her father. Friends and relatives are still surprised and can’t believe it,” Chantelle says.

Azira is a calm and relaxed girl, and Aion needs a lot more attention. He always wants to be rocked and is constantly talking. Azira doesn’t do it very often. But they look at each other and smile at each other 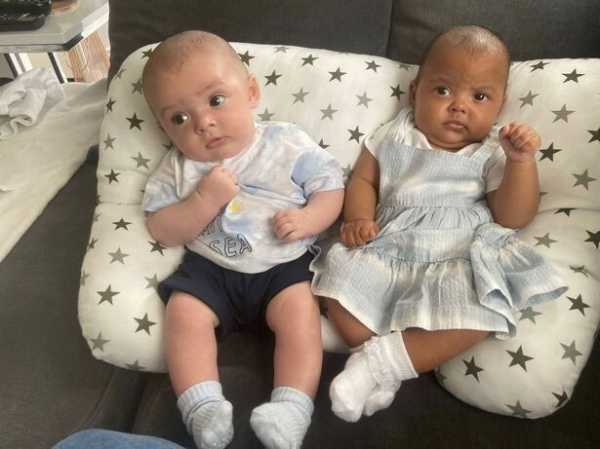 Chantelle says the twins attract a lot of attention when she goes outside with them. People stare and their faces show amazement. Many can’t help but exclaim and comment on how unusual it is.

And “Are they both yours?” – is still a pretty innocent question.