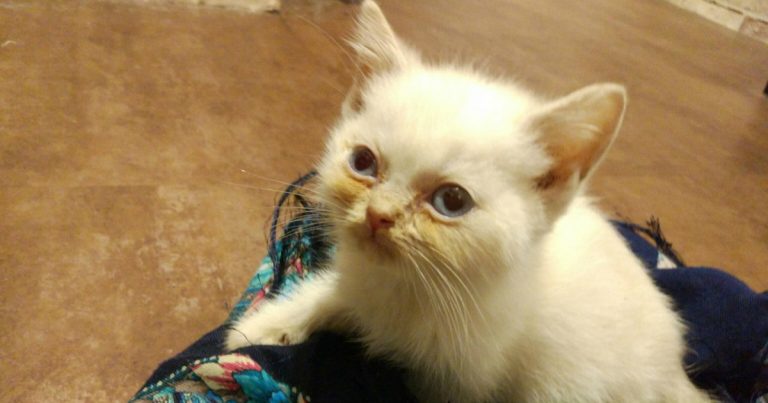 Margarita decided to make herself a birthday present! What do you think the girl dreamed of the most? About the kitten!

Margot wanted to buy a baby for her celebration. She spent the whole day looking for a pet, making calls, but for some reason, she had no luck. Then the sellers did not pick up the phone, then the phone was turned off, or even someone had already managed to buy a kitten. 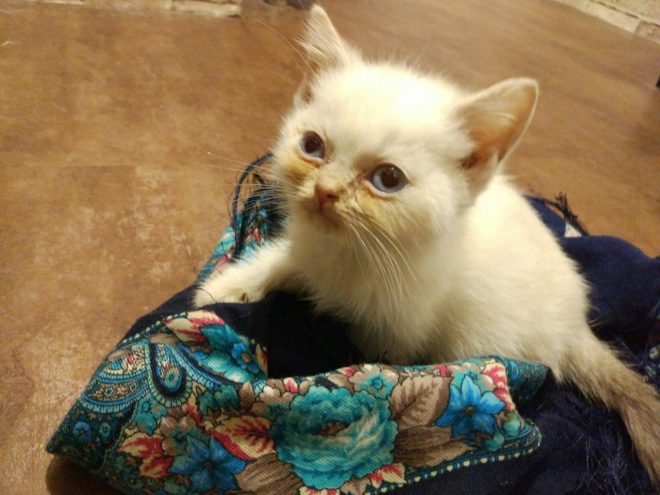 Only in the evening, Margarita manages to find an ad by which it was possible to come and pick up the animal. The girl was delighted because it was very close to her house! 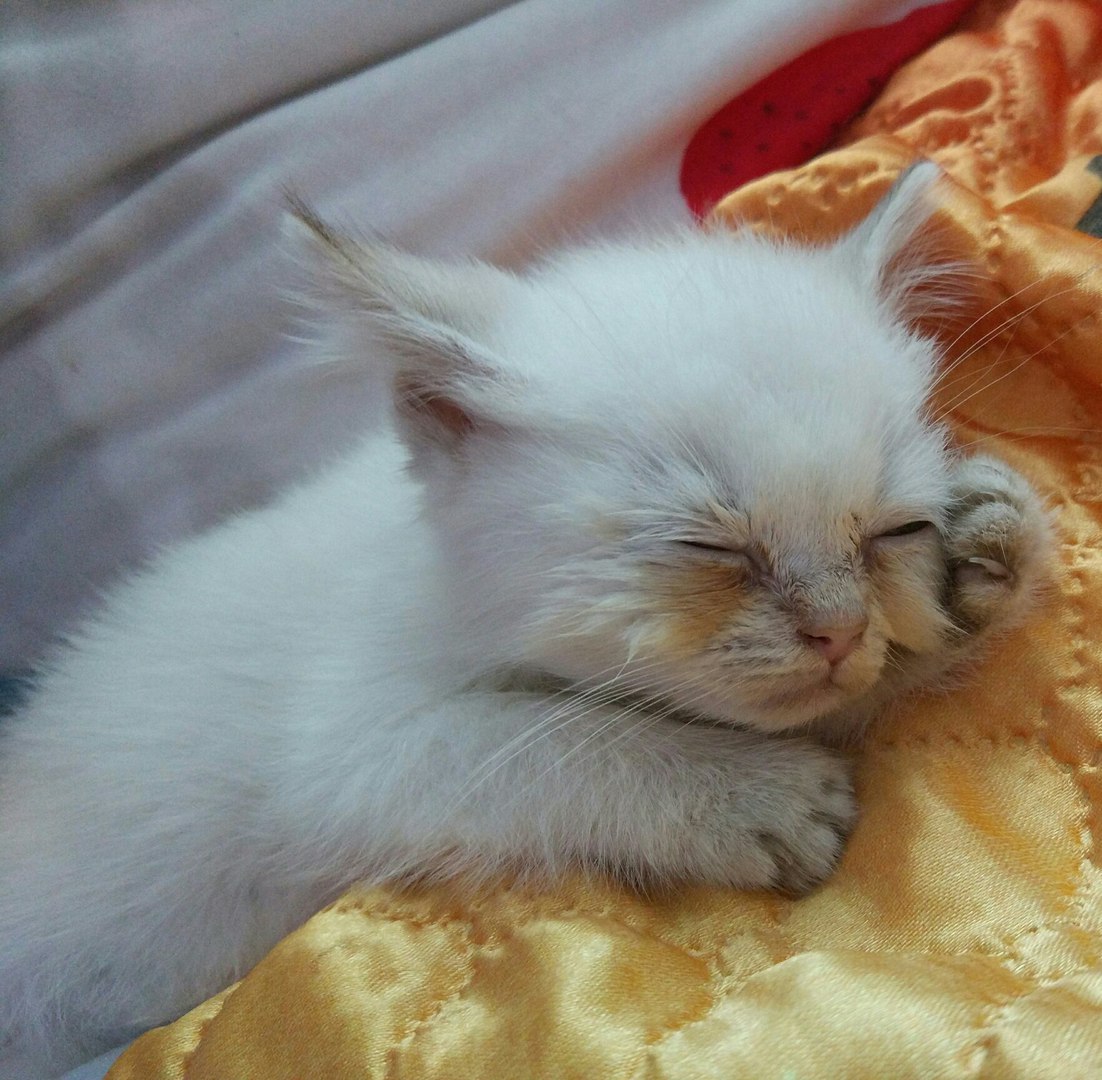 But it wasn’t that simple. No taxi service could find out the address to which it was necessary to arrive. It turned out that this is some kind of gardening…

Finally, Margot managed to call a car, and she went to get the kitten. 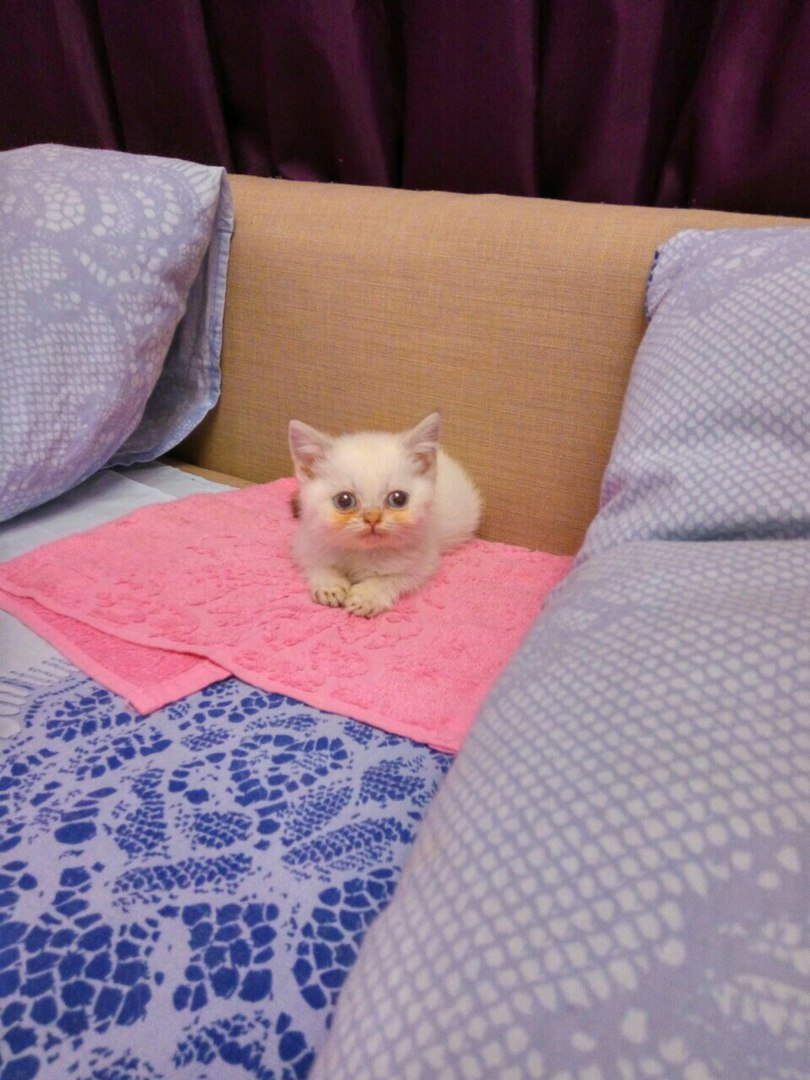 It was late in the evening of August… People met her outside the gate of the house, handed her a kitten in the dark, only turning on the flashlight for a couple of seconds. They took the money from Margarita and quickly left.

What was to be done? The girl took the baby and got into the car. On the way home, she felt a strange unpleasant smell coming from the kitten. In addition, the baby was much smaller than he should be at his two months, and in addition, he was constantly squinting. 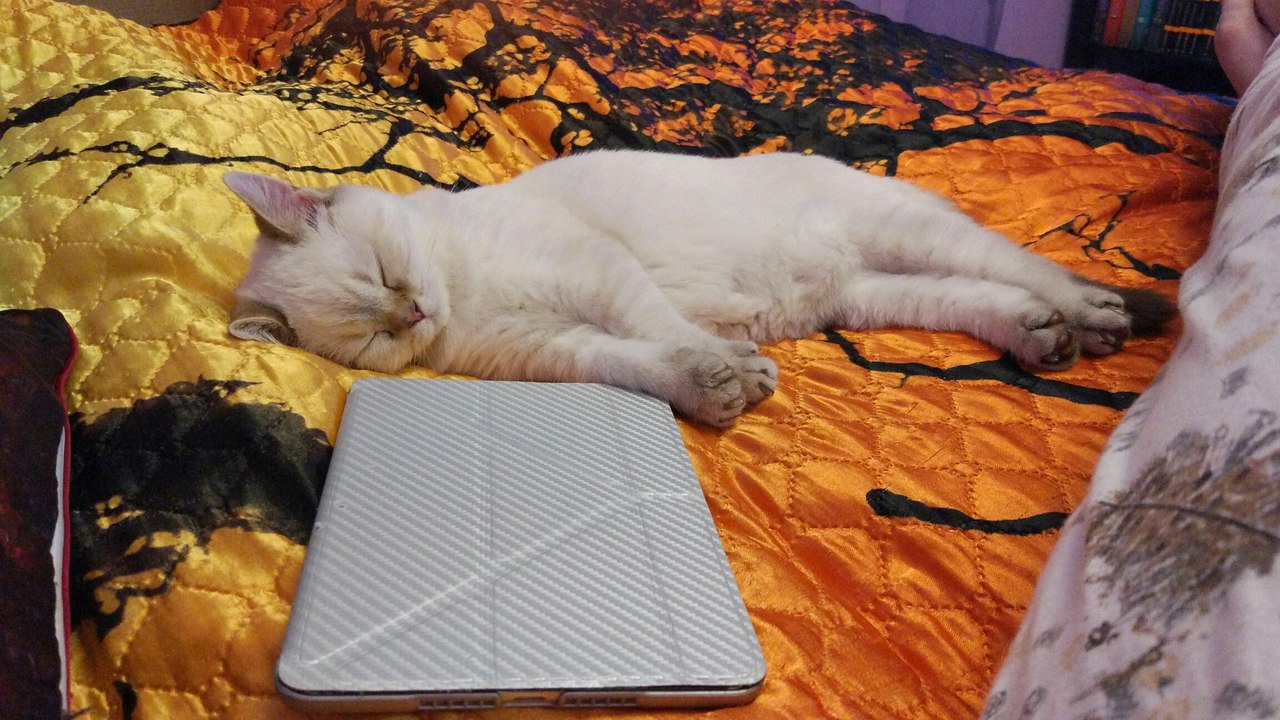 Margarita was able to examine the cat only upon arrival home. It was a skinny kitten with inflamed eyes. The white fur of the pet was stained with something, and there were some black spots in the ears.

Of course, the girl showed the cat to the vet the very next day. It turned out that the baby has a huge number of different sores, which is why the doctors were extremely surprised that the pet is still alive! 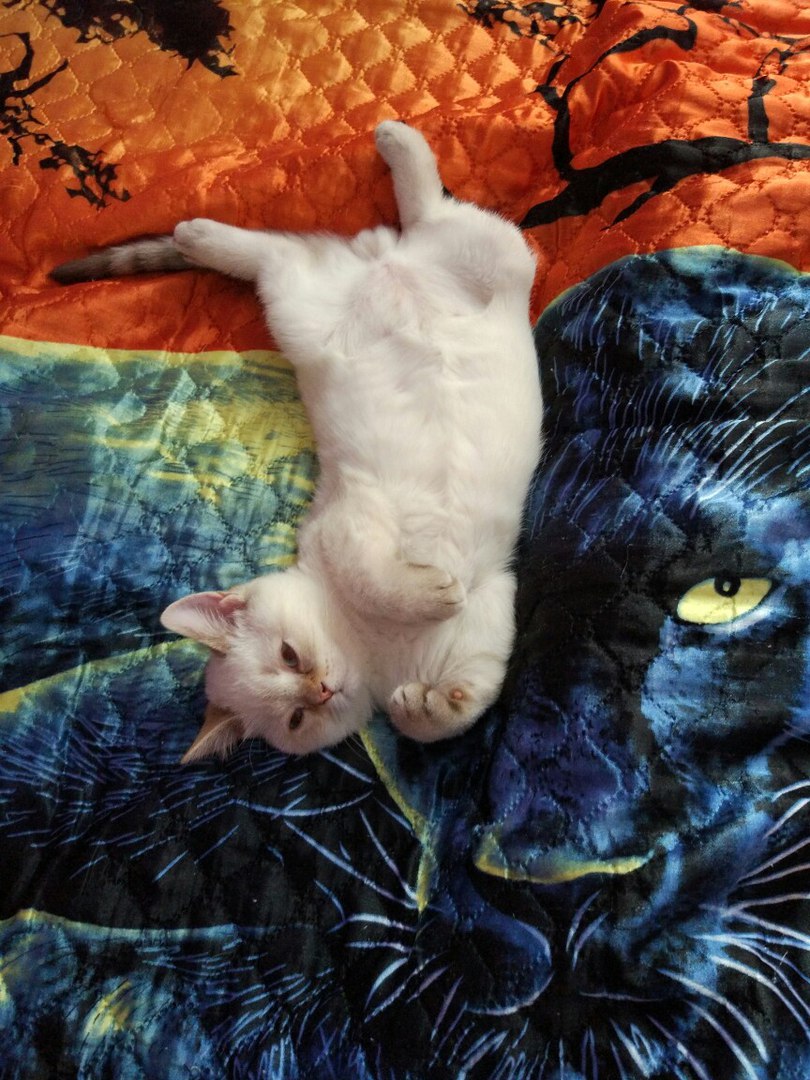 Margot didn’t think for a second about putting the animal to sleep. The girl decided that she would fight for his life!

For two weeks, she fed the baby from a syringe every two hours and gave him injections daily. The girl’s efforts were not in vain – the kitten went on the mend!

Now the baby is simply not recognized – he has recovered, grown up, and became a favorite of his owner and her young man.

That’s what a birthday present turned out to be!