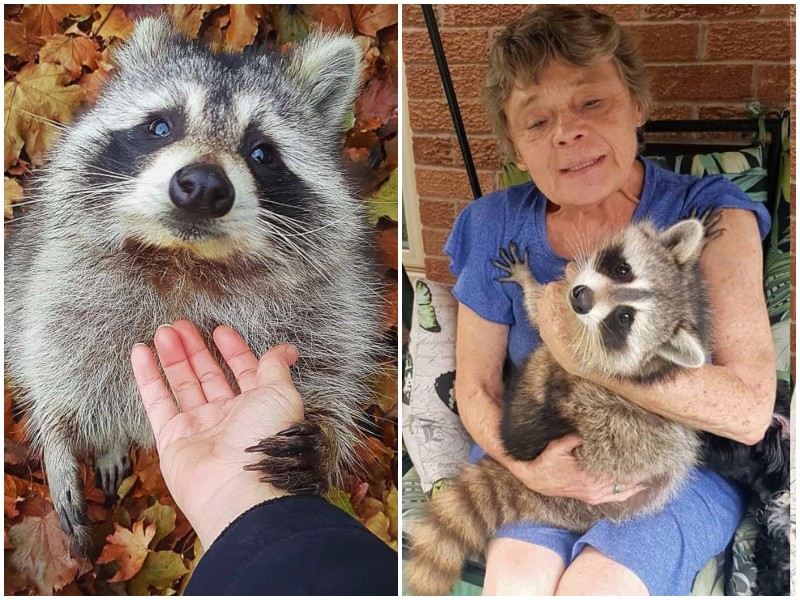 A baby raccoon was picked up on the side of the road, motherless, and in great need of care. An elderly woman took care of it, feeding it by the hour from a syringe, taking care of it, and keeping it safe. Later, the raccoon could not contain its gratitude.

One day, an American woman named Nikki spotted a tiny raccoon on the side of the road. The baby was left without its mother at an early age and needed urgent care. While others told her, “Let it back out, nature will take care of it,” or “Give it to a shelter,” she chose to take care of it. 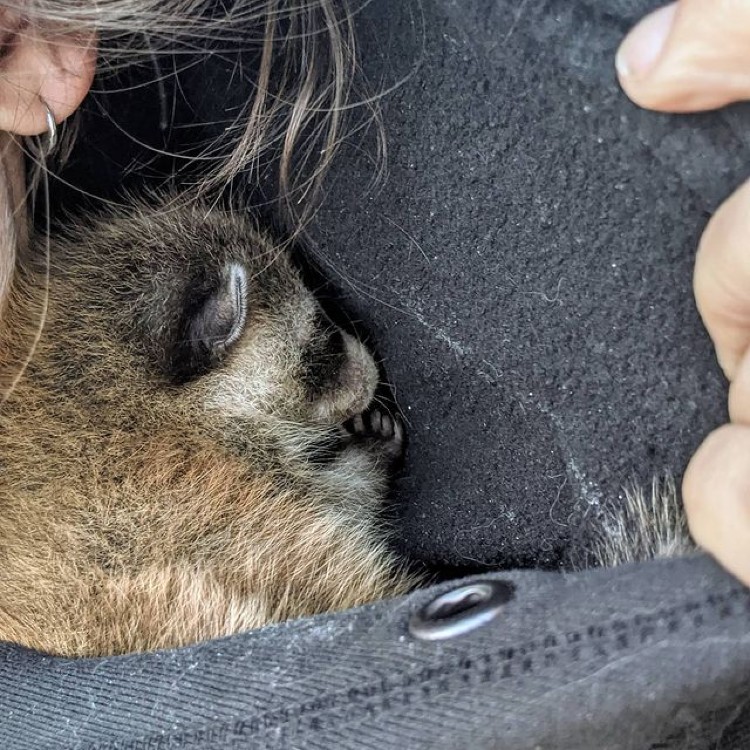 The girl herself was busy with work, but her elderly mother Linda offered to look after the raccoon cub. She fed it five times a day with a syringe and took care of it in every way she could. These two quickly became attached to each other – an amazing bond and friendship developed between them. Although she knew that the baby would one day be released back into the wild, she loved it with all her heart. 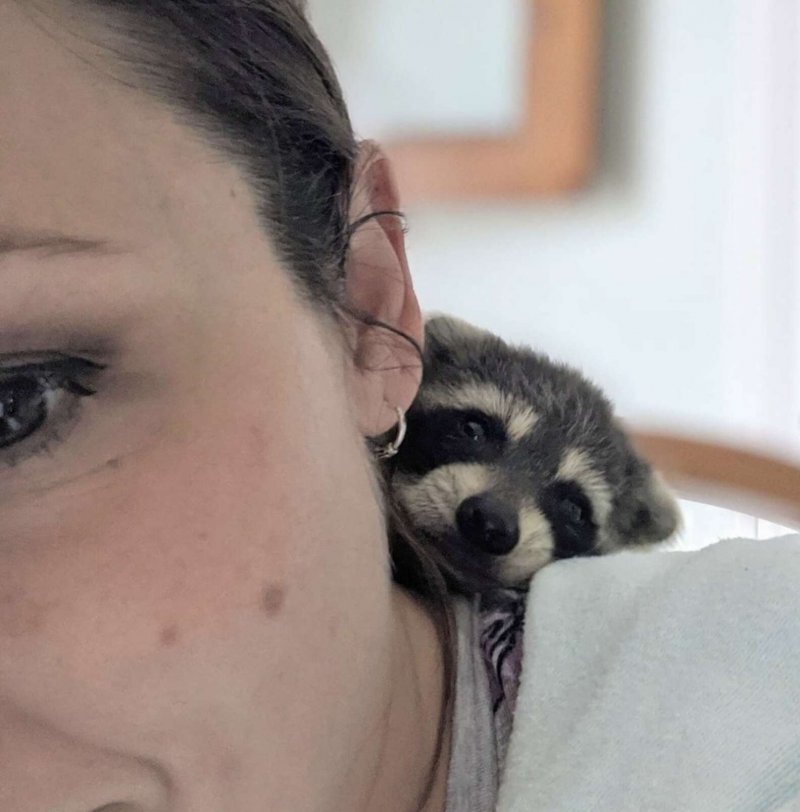 Tiny was given the nickname Little Hands. After it had grown old and strong enough, the guardians were ready to release it back into the woods to learn life in its native wilderness. Linda said goodbye to her ‘little boy’, but continued to leave food for it near the house – in the hope that it would return… 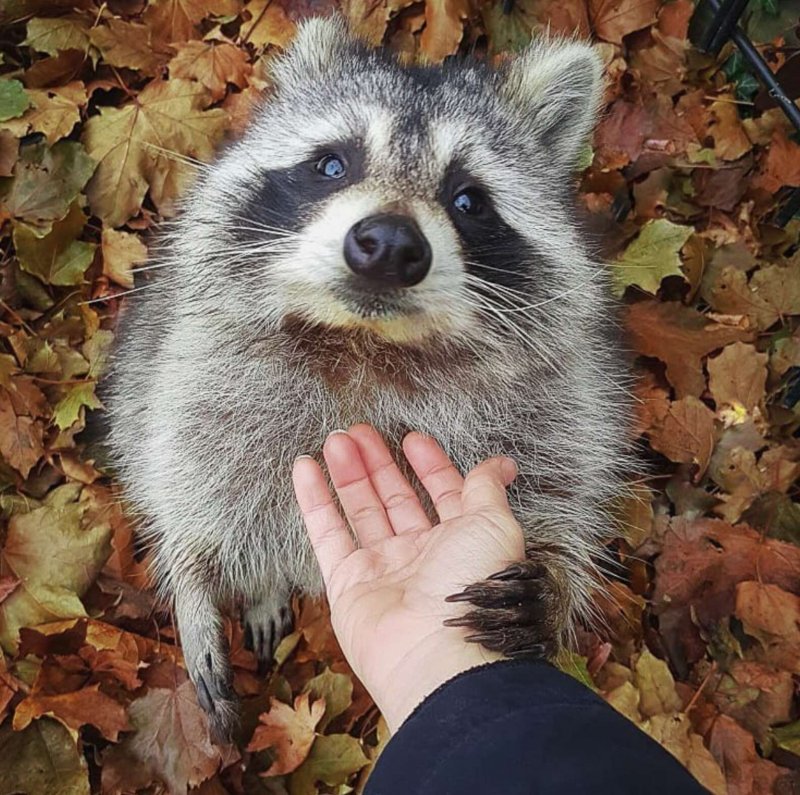 It’s back! And more than once. It’s been three years since Little was rescued, but the raccoon still occasionally visits the caretakers’ porch. It lives independently in the wild, where it has a home and a family, but it never forgets the place where it grew up. 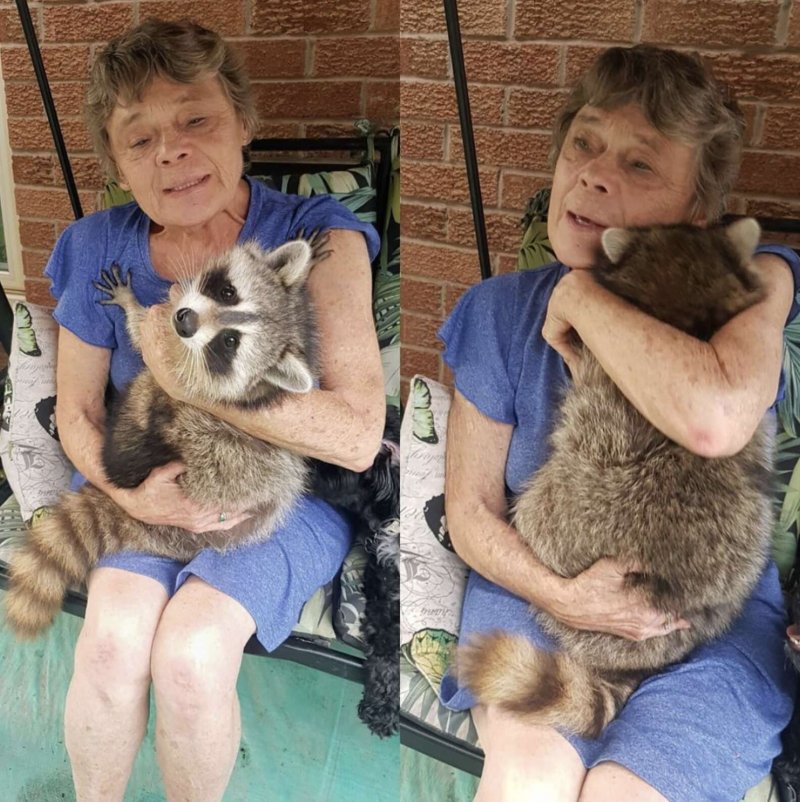 “My mother sits on the porch every day and waits for it. It comes in for a cuddle, a treat, to ask for affection, and then it runs back out. They have a wonderful relationship,” says Nikki. 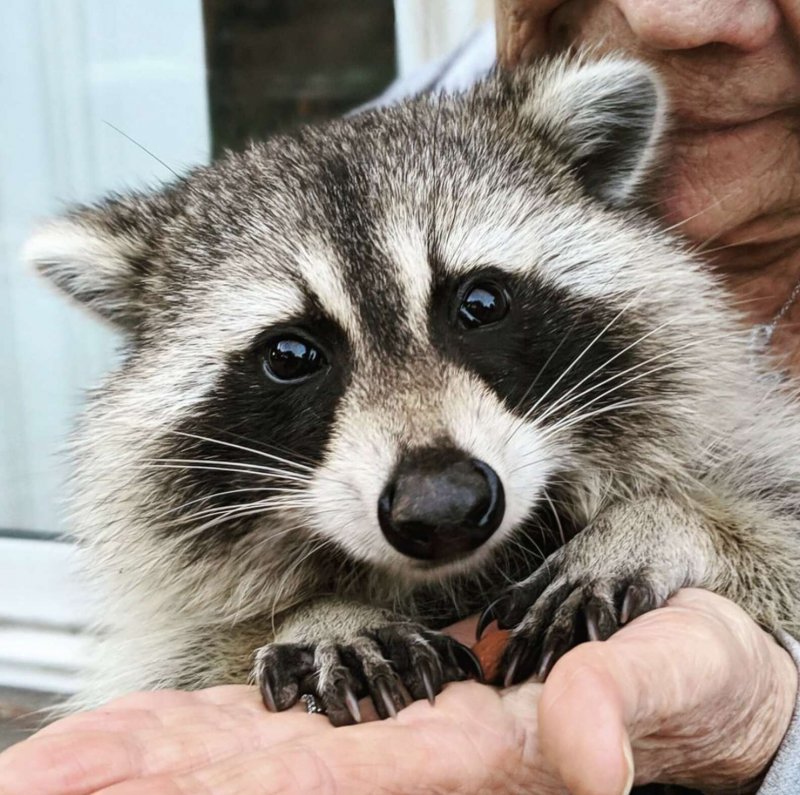 Since then, Linda has cared for several baby raccoons because her daughter started working for an animal rescue organization. But she will always remember the baby she raised in her arms! 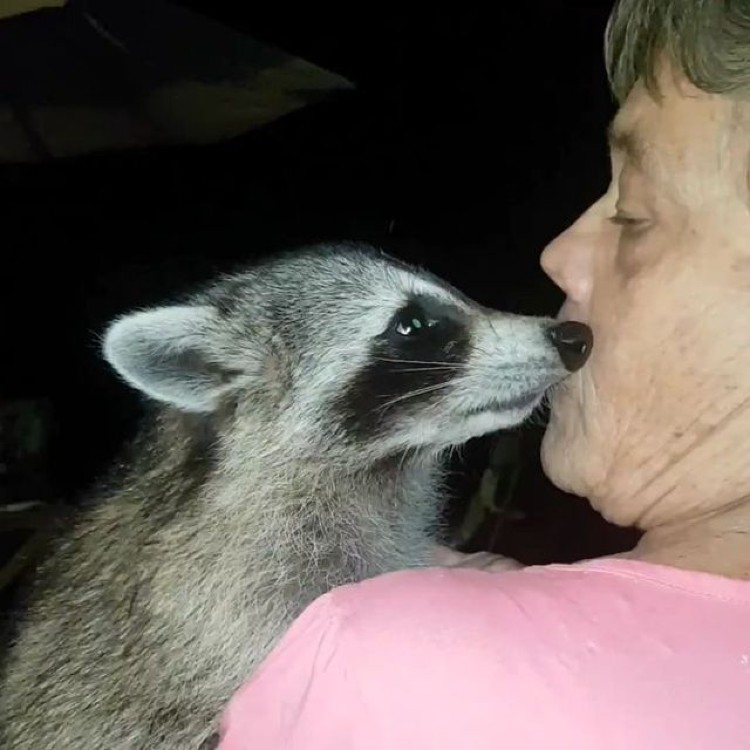