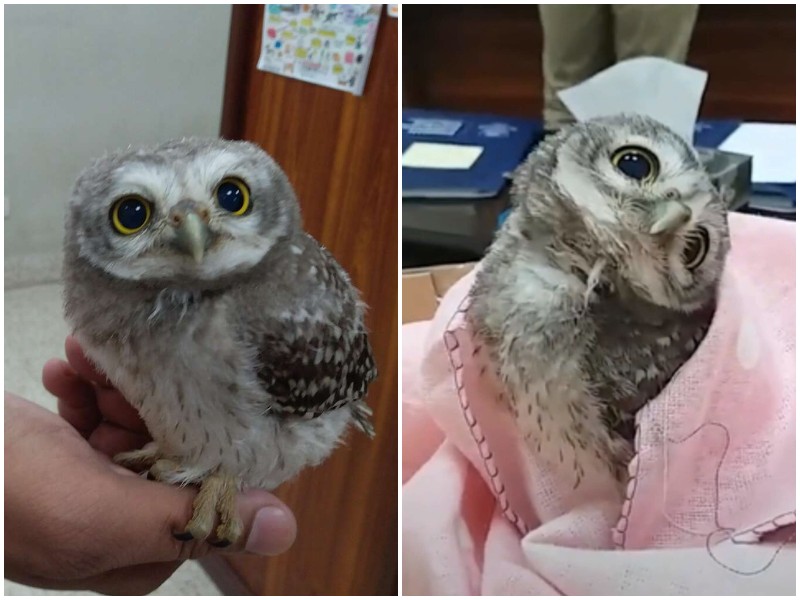 On her way to work, a college teacher spotted a baby owl on the grounds, who was frightened and did not know where to go. The baby had fallen out of its nest and was not yet able to fly – it was very dangerous to be outside.

A woman called Maryam Khalil works as a teacher at Foreman College, Pakistan. Recently, right outside the college, she saw a miraculous creature – a small owl. It couldn’t fly and must have fallen out of its nest. 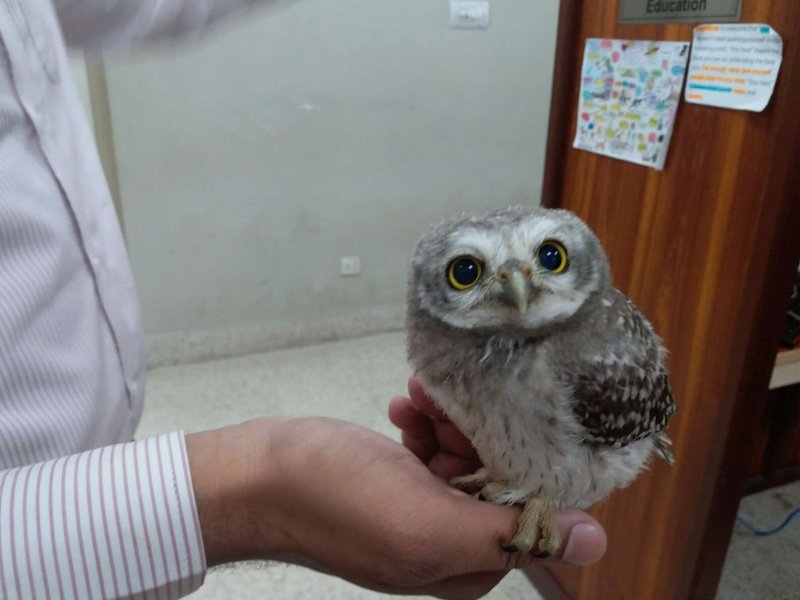 Maryam immediately picked up the baby and took it to the office to keep it safe. All her colleagues marvelled at this miracle:

“I often see birds in the neighbourhood, but I have never seen one so close. This is the most marvellous creature I have ever come across!” – says the woman. 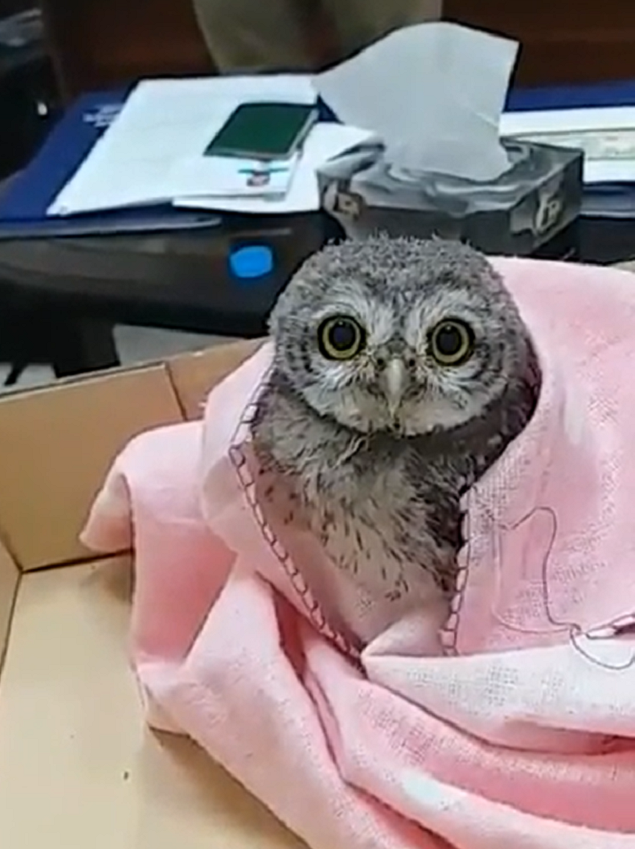 In the office, the owl was wrapped in a handkerchief to dry its feathers. The chick trusted people – it looked around with curiosity, turning its head amusedly. Then the chick was fed and got some sleep. 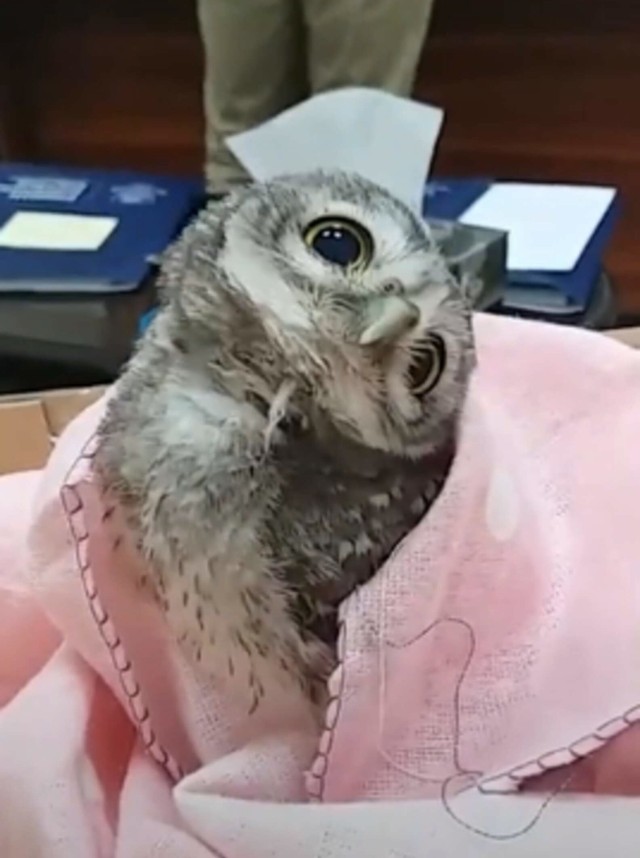 At the end of the working day, Maryam and a colleague found an owl’s nest on the college campus and left the owl there. It was safely reunited with its family. 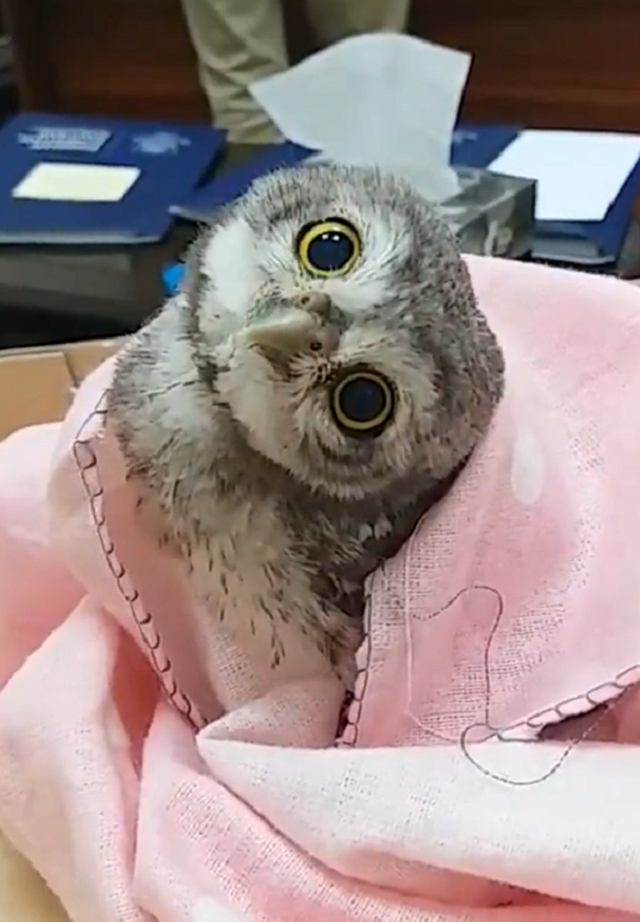 A few months later, Maryam shared another photo. One day, a larger owl flew into her office and something about it seemed very familiar. Perhaps it was that owl – it wandered around outside, mysteriously “winked” at the woman, and flew away. What a lovely story! 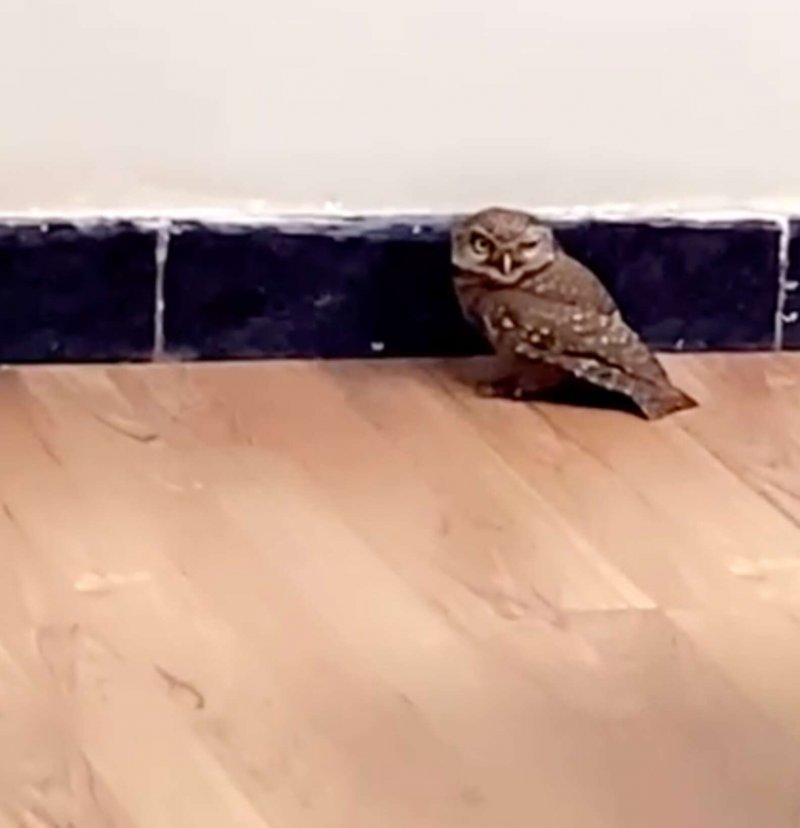