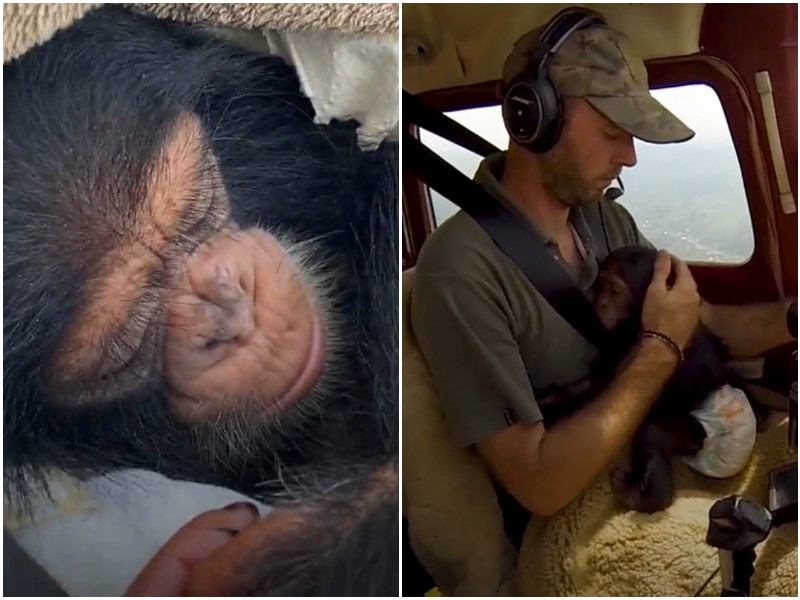 A baby chimpanzee from Virunga National Park fell into the hands of illegal animal traffickers but was tracked down in time by rescuers. The cub was in good hands and was very grateful to the people. It had a whole journey ahead of it.

Seven years ago, a pilot named Anthony began working in collaboration with Virunga National Park in the Congo. Since then, the man has been on a responsible mission of transporting needy chimpanzees from the park to the local rescue center in a mini-plane. 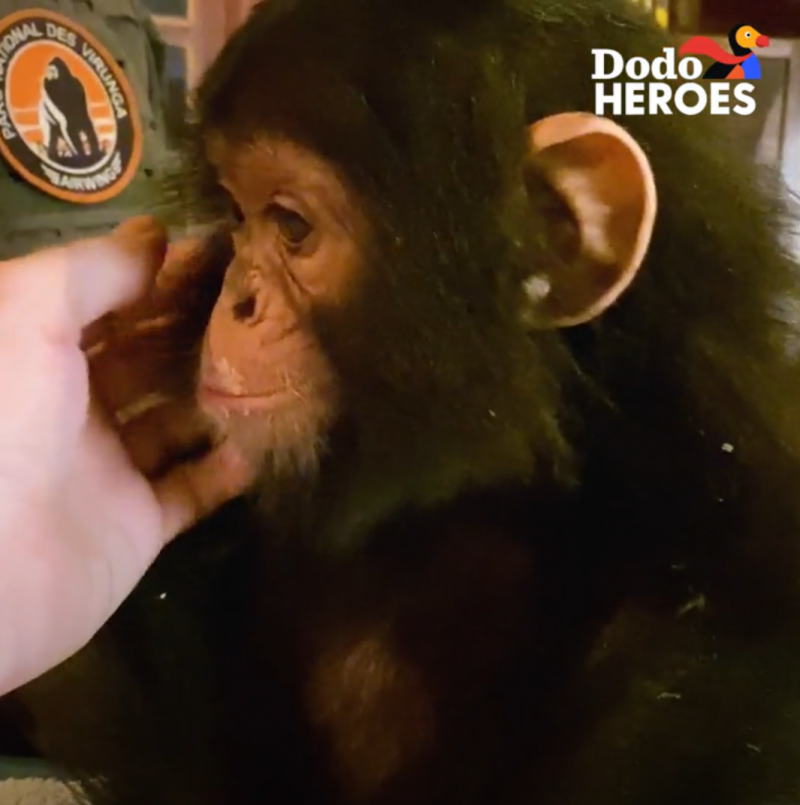 The baby chimpanzees from the park often end up in the hands of illegal animal sellers, and rescuers manage to intercept the cubs in time. Anthony delivers these rescued babies to the rescue center – over the years he has truly grown to love these animals and has developed rules for transporting them. 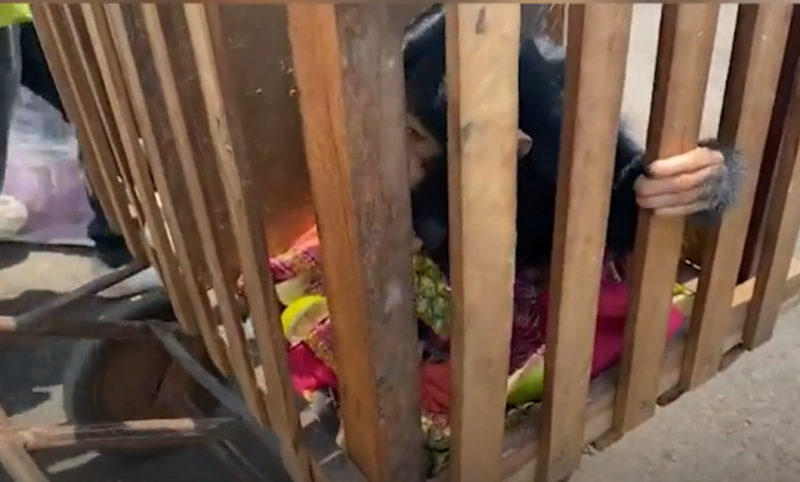 Recently a pilot was transporting one of the rescued chimpanzees, a baby named Tongo. The tiny baby was left without a mother and ended up in the hands of an illegal vendor. Volunteers rescued it in time and placed it in the safe hands of Anthony. 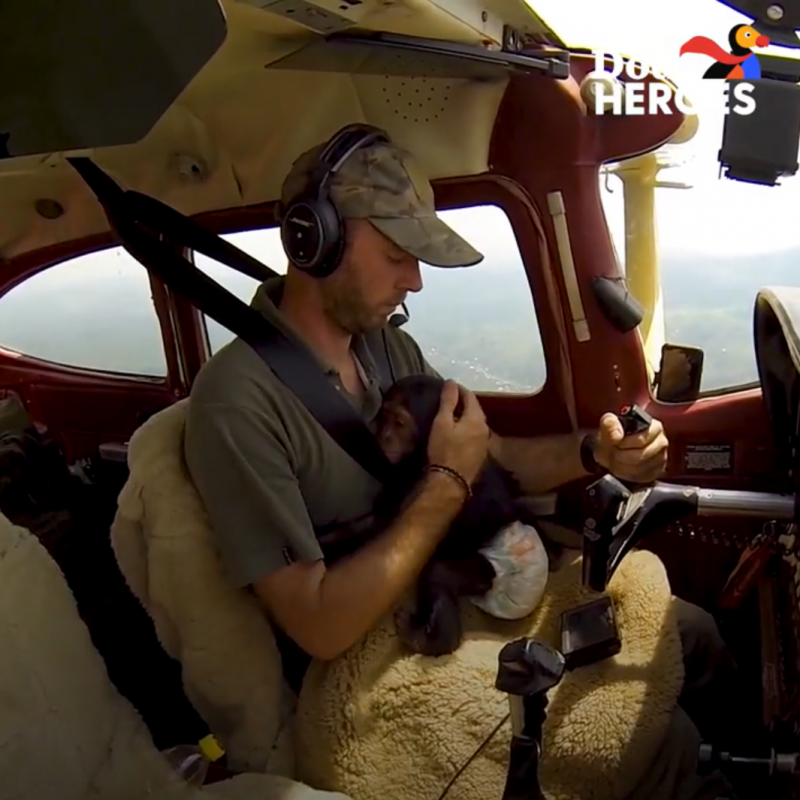 “They’re just babies who take the flight more comfortably if they sit on your lap. I make sure I take bottles of water and milk with me to give them in the middle of the flight. They usually look around for the first 10 minutes and then fall asleep,” Anthony says. 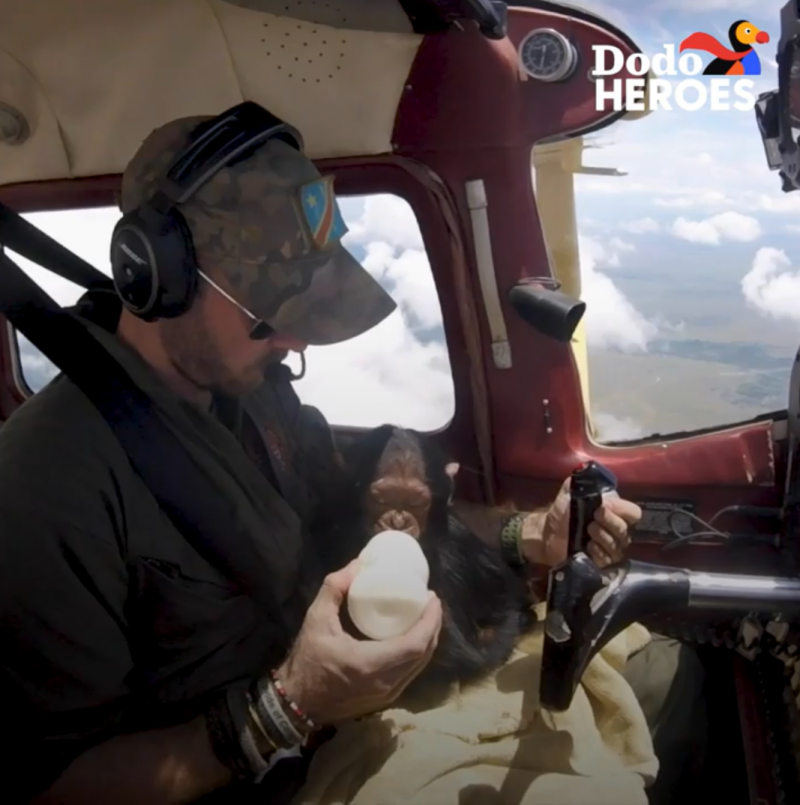 The first flight of little Tongo went perfectly – the baby slept almost all the way and woke up only from the sounds of landing. There it was handed over to the staff of the Lwiro Primates center, where the baby is in good hands with other congeners. When the chimpanzees grow up, they have a chance to go back into the wild. 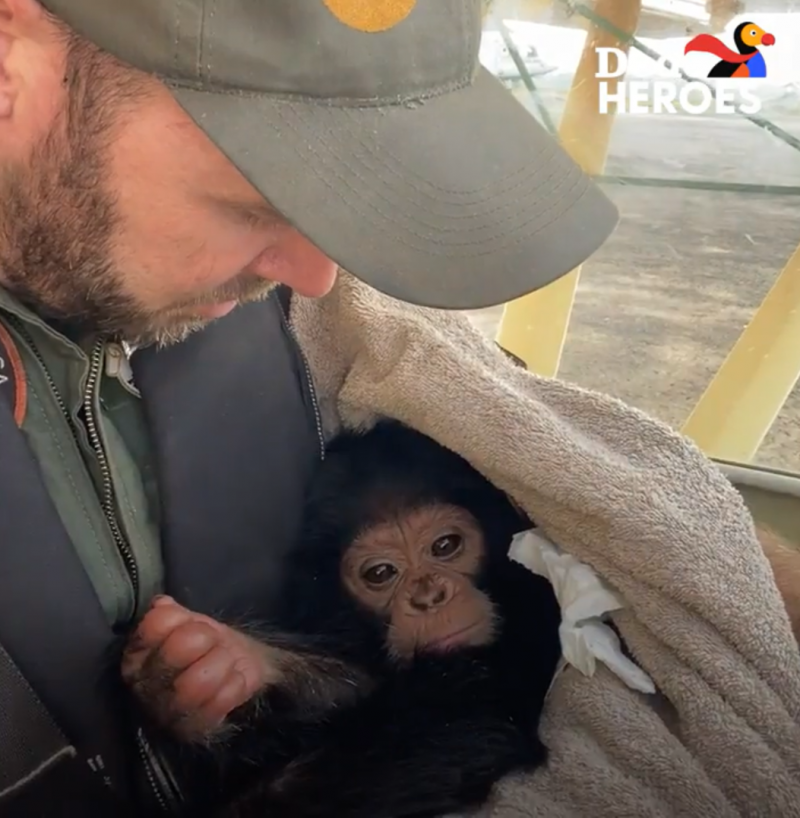