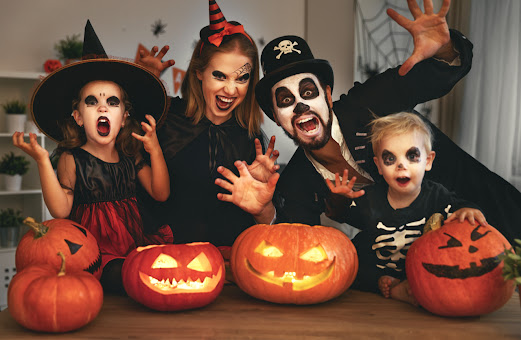 After Christmas, Halloween is the next holiday on which Americans spend the most money: In 2017, the total amount spent was about $9.1 billion. Unlike other Western holidays, Halloween is celebrated mainly in the US and Canada.

However, like most holidays, Halloween is celebrated through traditions dating back several centuries. Let’s take a look at the different traditions of Halloween celebrations and where they came from. 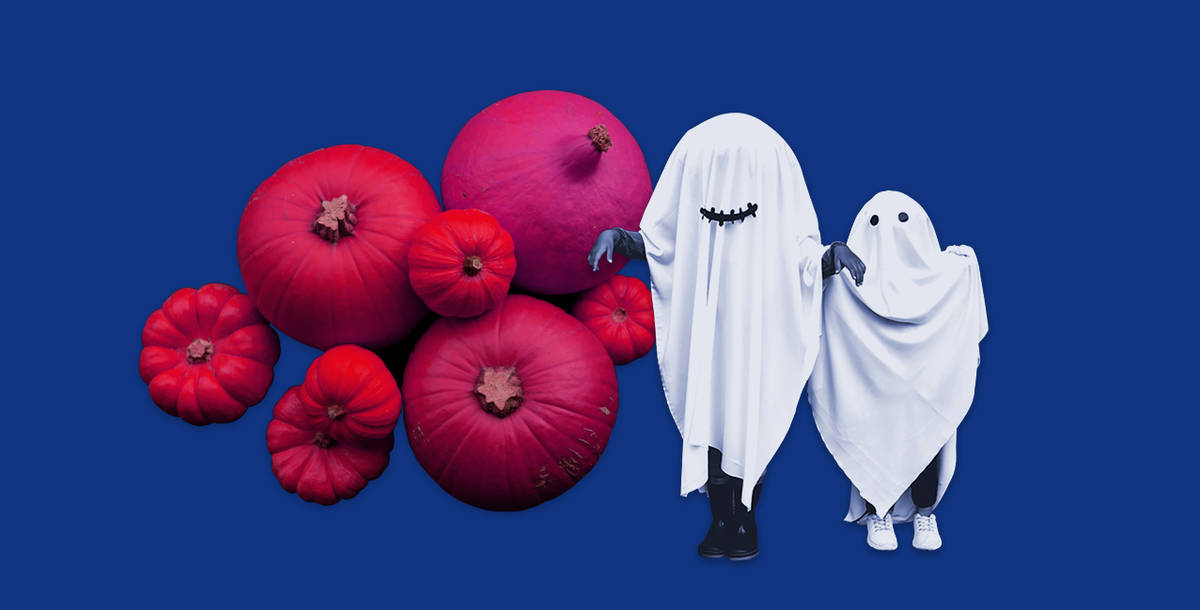 Halloween is a holiday in the United States and Canada that is always celebrated on 31 October, the last day of October. Halloween is not an official holiday; instead, people celebrate Halloween in the evening, and sometimes you can find parties on the weekend before and after Halloween if it falls on a weekday.

The history of Halloween 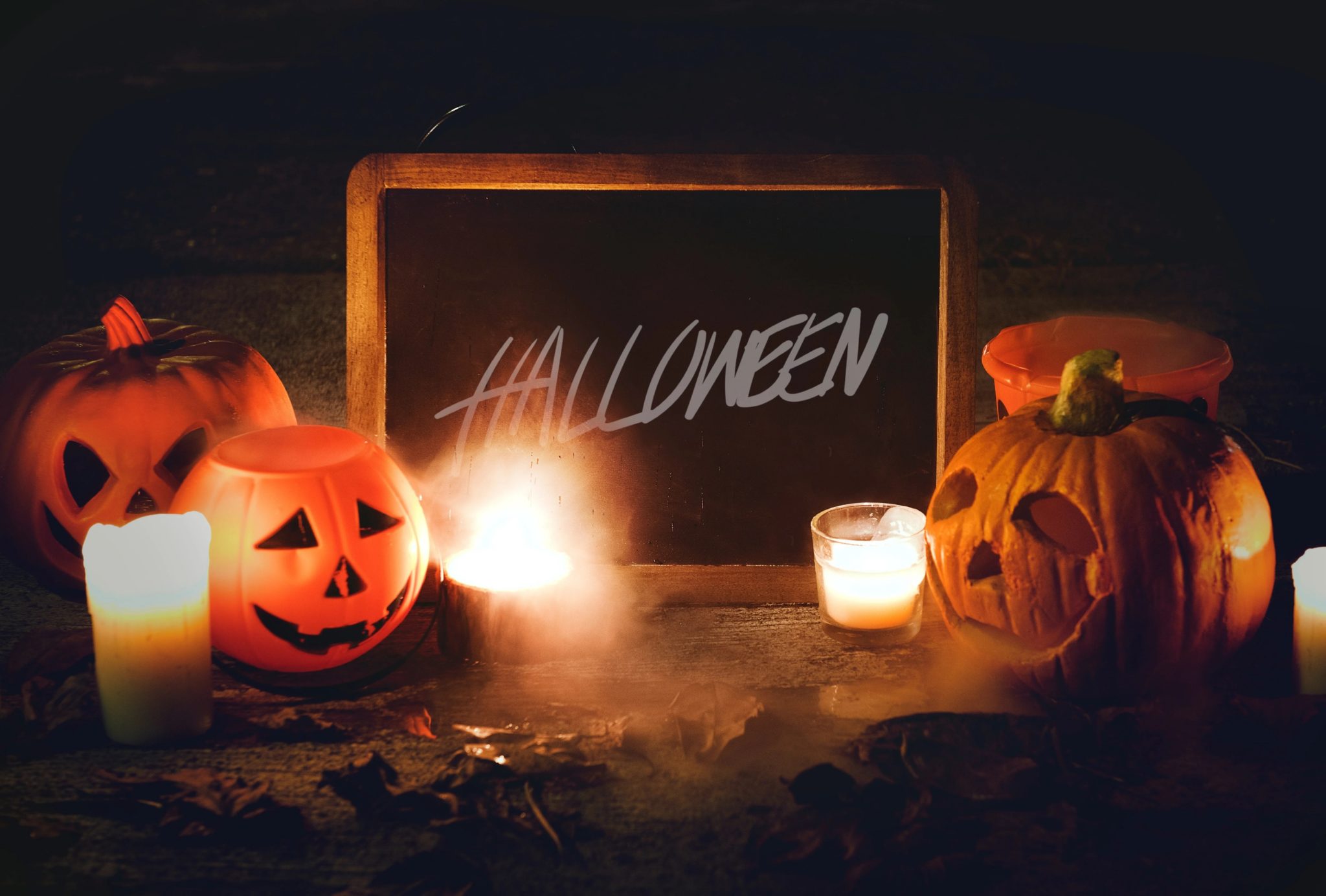 Halloween comes from the Celtic pagan feast of Samhain, which marked the beginning of winter. At this time of year, Pagans believed that the veil between the living and the spirit world was at its thinnest – a time when the dead could appear on earth and the Druids (Celtic priests) could foretell the future.

After Christianity was established in Europe, Pope Gregory III moved and expanded All Martyrs’ Day to include the saints and set its end for 1 November.

In 1000 AD the church made the second of November All Souls’ Day and copied the tradition of Samhain, most likely in an attempt to replace the Celtic holiday. This holiday was known as All Saints’ Day, All Hallows Day, or All-Hallowmas (from the Middle English Alholowmesse meaning All Saints’ Day). This day was celebrated with bonfires, costumes, and parades.

The evening before All-Hallowmas was known as All-Hallows Eve and fell on the traditional ancient Celtic night of Samhain. This is the origin of Halloween. 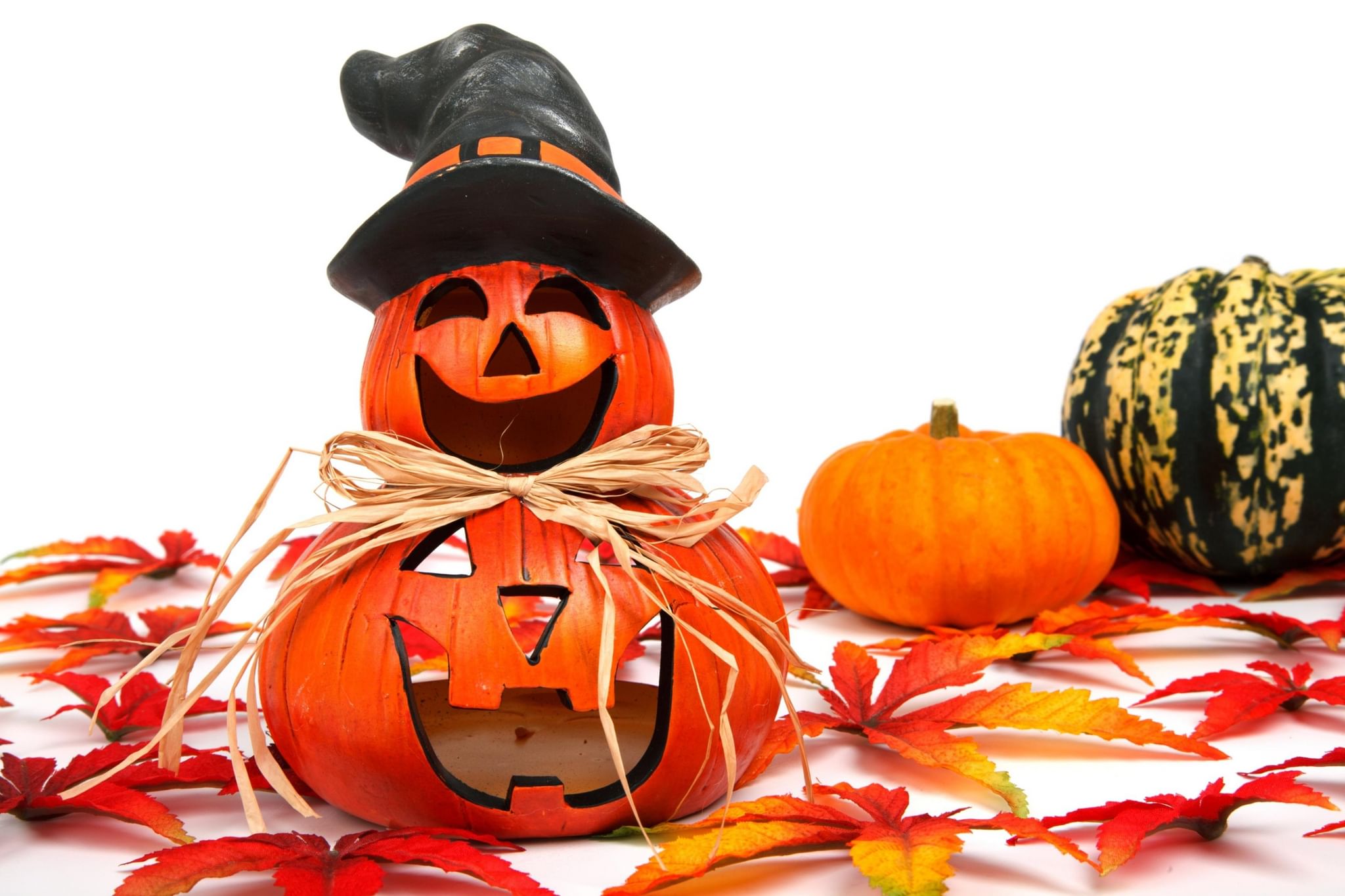 How Halloween is Celebrated

What does a typical Halloween night look like in the United States and Canada today? On this night, when it gets dark, children dress up in costumes and go trick-or-treating around the neighborhood. Adults throw Halloween parties. Candy is handed out (and eaten). Lanterns are lit. And, most likely, someone is left a little spooked. 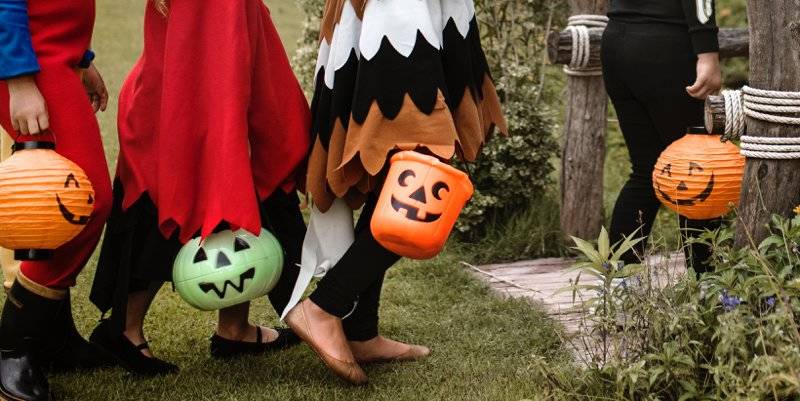 Trick-or-treating only happens on Halloween night. This is when children go door to door, ring the doorbell and, when the person opens the door, say, “Trick or treat!” The person then gives the children candy (and usually admires their costumes).

A quarter of all candy bought in the US in a year is bought on Halloween!

As the tradition goes, if the children don’t get candy, they will give the person answering the door a trick instead. This is where “trick or treat” comes from. Although tricks are generally no longer done, people can safely opt out of participating in Halloween by keeping all of the front lights of their houses off. 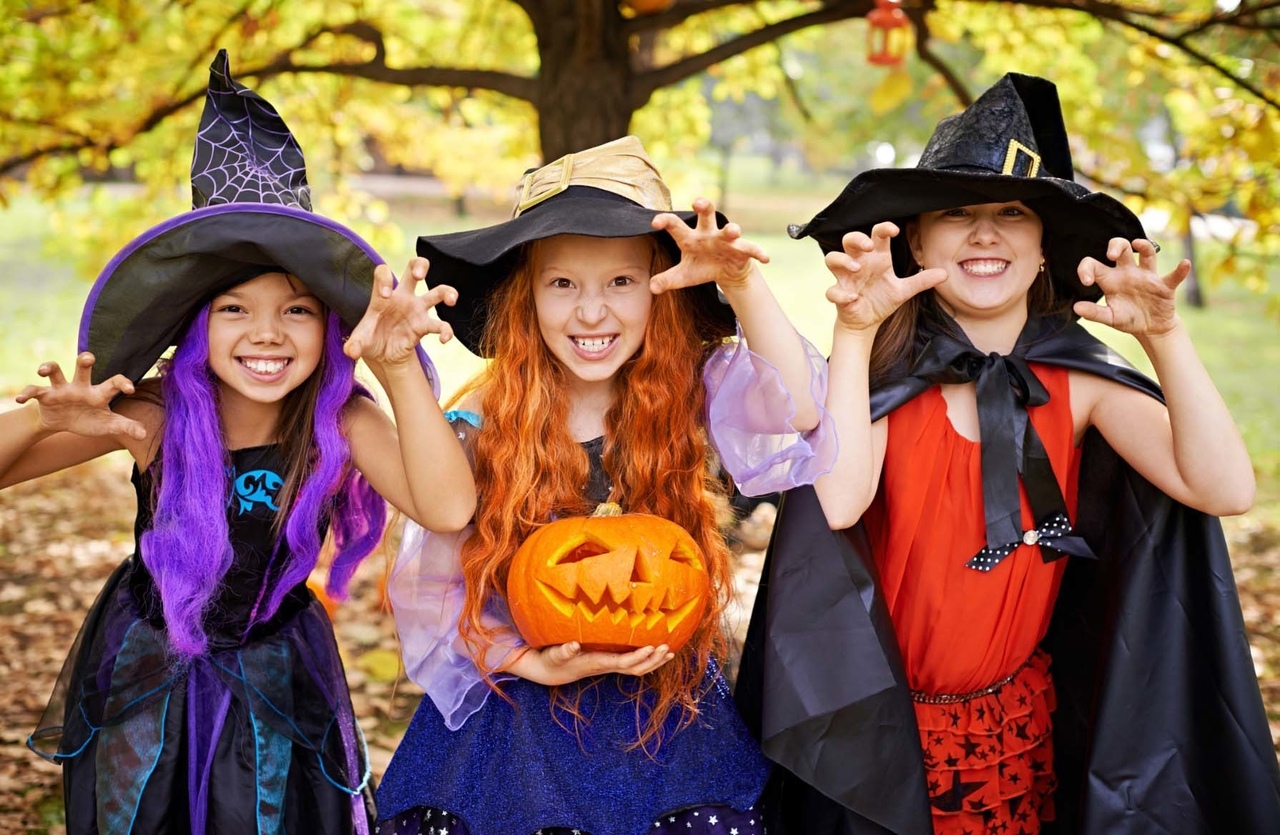 Sometimes, parents will drive their children to a better trick-or-treating neighborhood. Either the houses are easier or safer to get to, are easier to walk to, or are wealthy and have large amounts of candy to give away.

The treat tradition most likely originated in England, where during the All Souls’ Day procession the poor asked for food, and families baked ‘soul cakes’ for them. Later, the church further encouraged this activity, hoping to replace the practice of leaving wine and food for the spirits. Eventually, children began to go from house to house and receive ale, cakes, and money. 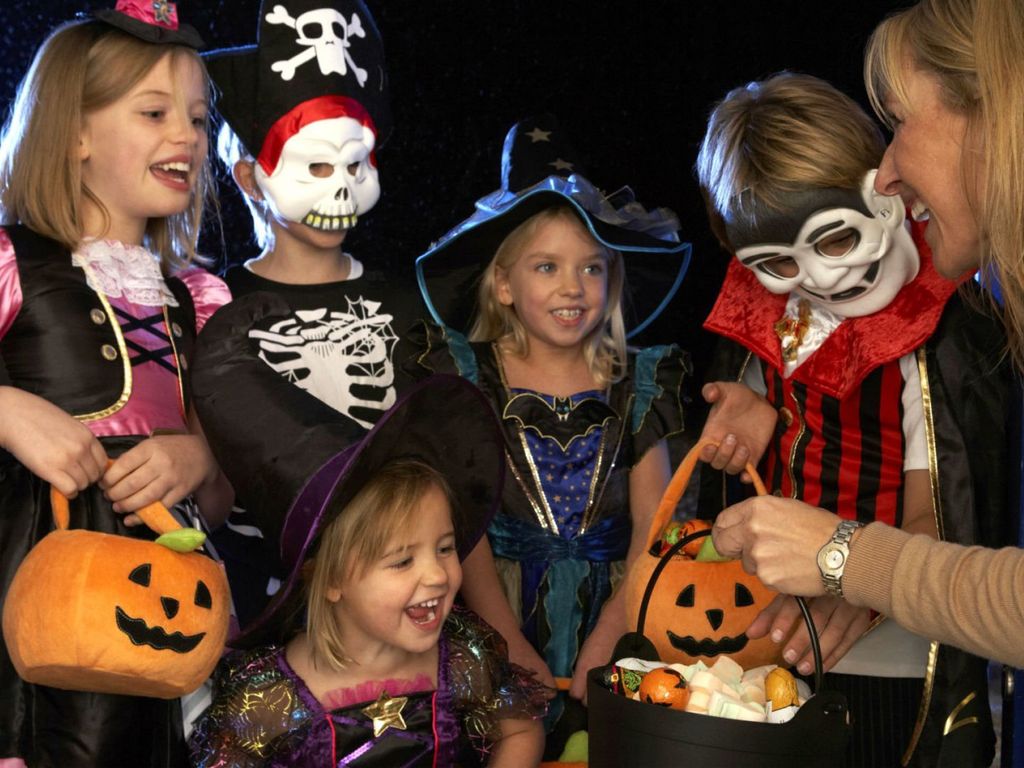 Halloween costumes come in all kinds and sizes and are available for both children and adults. You can also buy costumes for babies or even your pet!

Costumes don’t have to be scary. Although Halloween is known as a scary holiday, today’s costumes can be anything, and the more creative they are, the better.

Sometimes romantic couples or families dress up in matching costumes, although this is only relevant if you are going to the same party or going trick-or-treating together.

Halloween costumes originated from a variety of sources. On All Souls Day, when children asked for soul cakes, they originally dressed up as martyrs and saints.

Since All Saints’ Eve, people have worn masks because they believed it would trick the spirits that roam the earth that night. Scary costumes are said to have originated when Irish and Scottish immigrants came to America and started scaring people during Halloween. 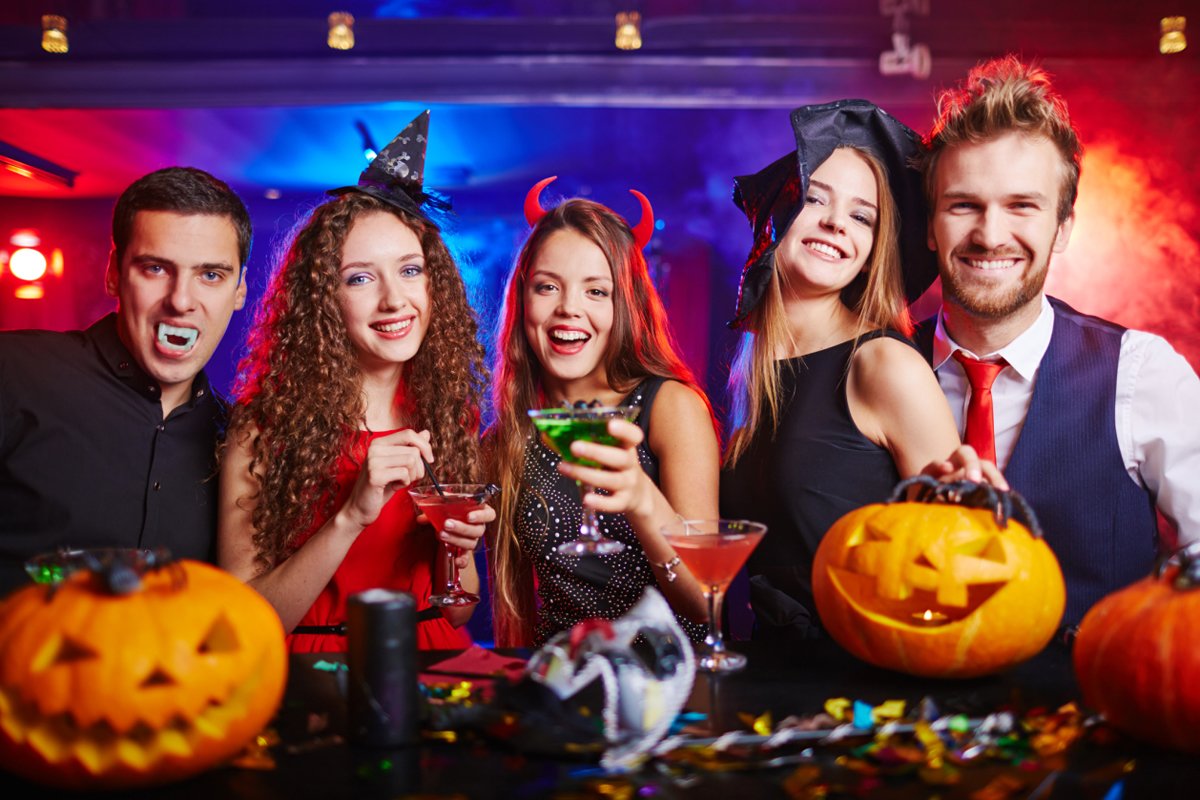 Since the 1800s, adults have been celebrating Halloween by throwing parties. They decorate the house with spooky decorations, both outside and inside. They invite friends over (if they dress up in costume) and usually listen to spooky music, admire children going to the party, or watch horror films. 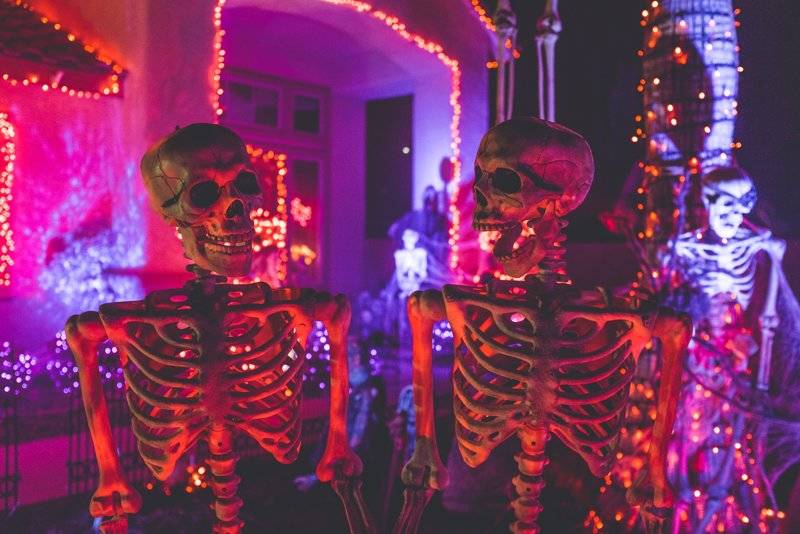 You can also find traditional Halloween games, like bobbing for apples, fortune-telling, or Ouija boards at a Halloween party, all of which have deep roots in Halloween history.

Bobbing for apples is actually a Roman tradition from the holiday Pomona, which was probably adopted into the Celtic tradition when Rome invaded Britain. This holiday also landed on November 1.

Apples have been associated with fertility and fortune-telling in many traditions, and this game is no different. It was originally used to foretell a woman’s future husband.

Remember that the tradition of fortune-telling during this time goes back to the Celtic druid priests.

The Ouija board is a relatively new pantry game, which came along in 1981 and quickly became used as a way to talk to the dead. 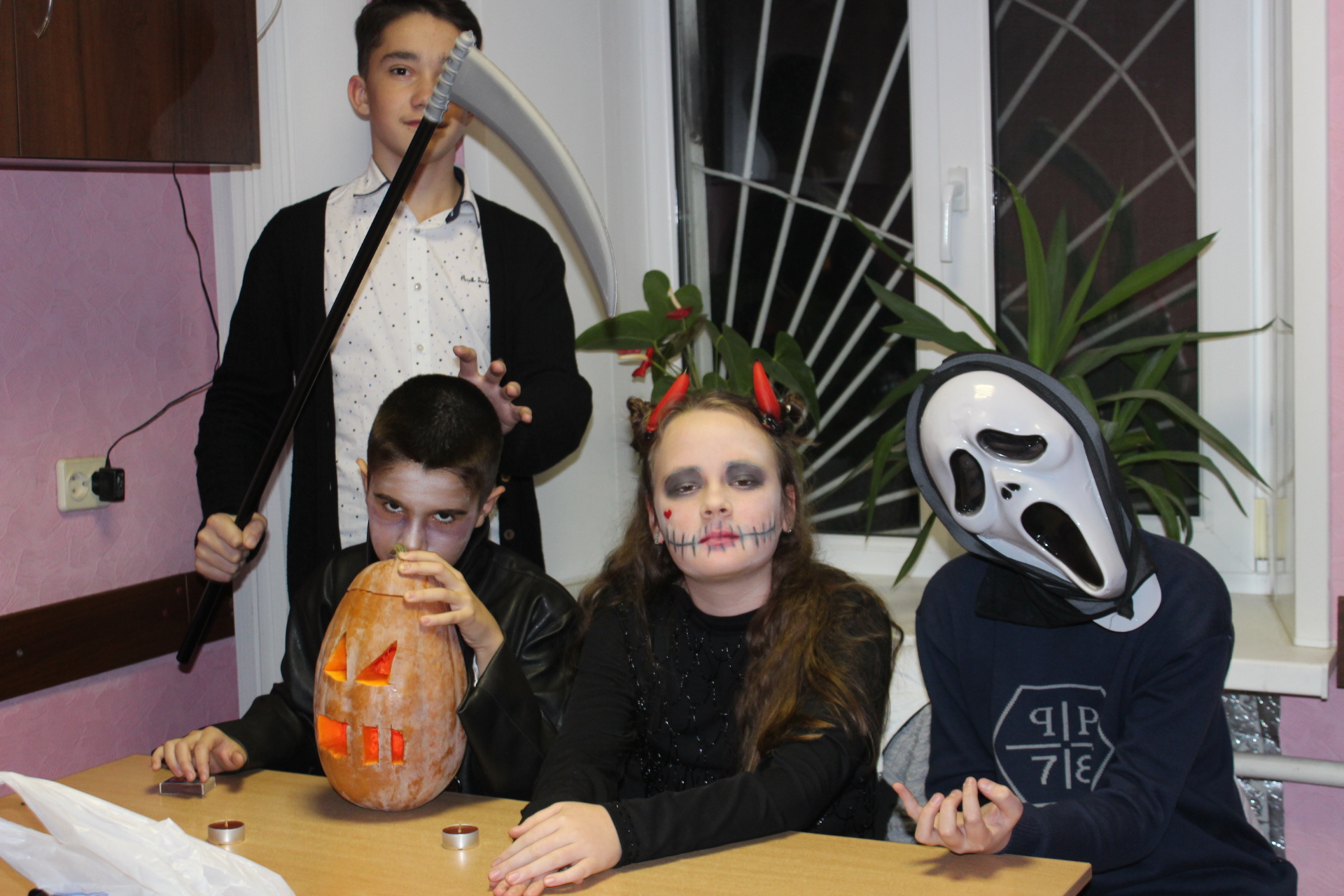 In primary schools, Halloween is usually celebrated throughout the day. Children decorate the classroom and come to school in Halloween costumes. In the middle of the day, the whole school gets together and has a Halloween parade. Parents usually come to watch the parade if they can. 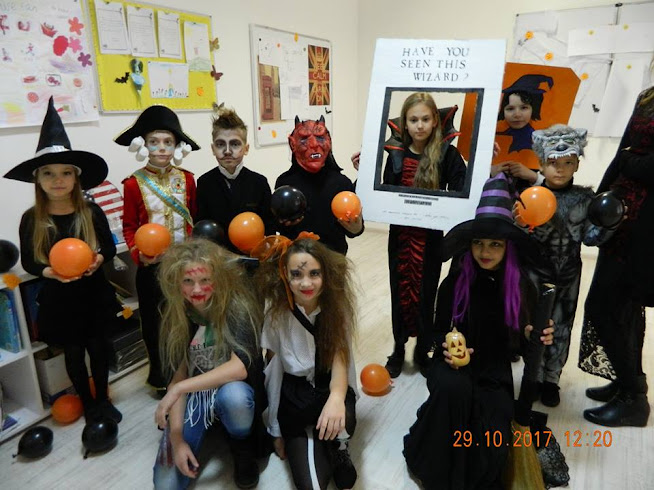 After the school day is over, the children go home, eat their supper and get ready to go in search of sweets as soon as the sun goes down.

A few days before Halloween, families, and individuals buy pumpkins, which are sold in supermarkets everywhere during the Halloween season, as well as pumpkin carving kits.

Children and adults usually participate in carving pumpkins, with some becoming works of art.

First, you must remove the core of the pumpkin. The seeds can be saved and roasted for later snacking. Once the pumpkin is empty, you can proceed to carve it.

On Halloween night, the carved pumpkins are put outside with a lighted candle. They are now lanterns!

Smashing lanterns is unfortunately also a Halloween tradition. It doesn’t always happen, but in some areas, it might. In any case, lanterns don’t last more than a few days before they start to rot, so not much is lost if your lantern does get smashed.

The tradition of carving pumpkins came to us from immigrants from Ireland who arrived in North America in the 1800s. In Ireland, they used to carve turnips, potatoes, beetroot, and other vegetables on All Saints’ Eve to ward off spirits. When they discovered large pumpkins in the United States, they switched to them, and the tradition is now common throughout North America. 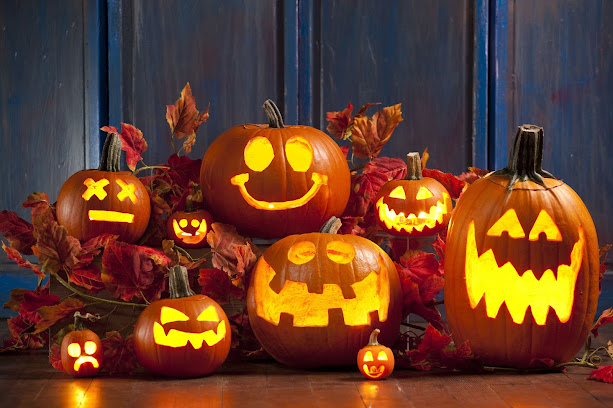 POSITIVE 0 0 views
Iceland has a small island a few miles off the coast called Ellideus Island.

POSITIVE 0 0 views
When I see different places around the world and what they have to offer,