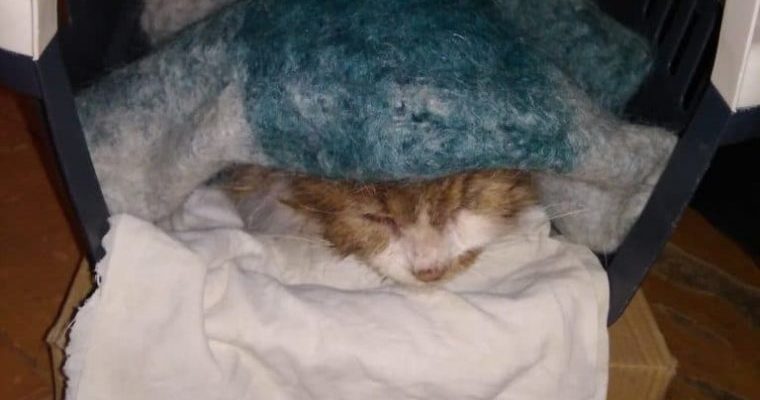 Artem Berezka went to the market right before the holiday, December 31st, to buy everything he needed for the holiday, but he had a chance that he had never expected.

In the market, the guy had already forgotten that he needed to buy a lot when he came across a very thin and weak cat. She was in very bad shape, so he canceled all day plans to help her. 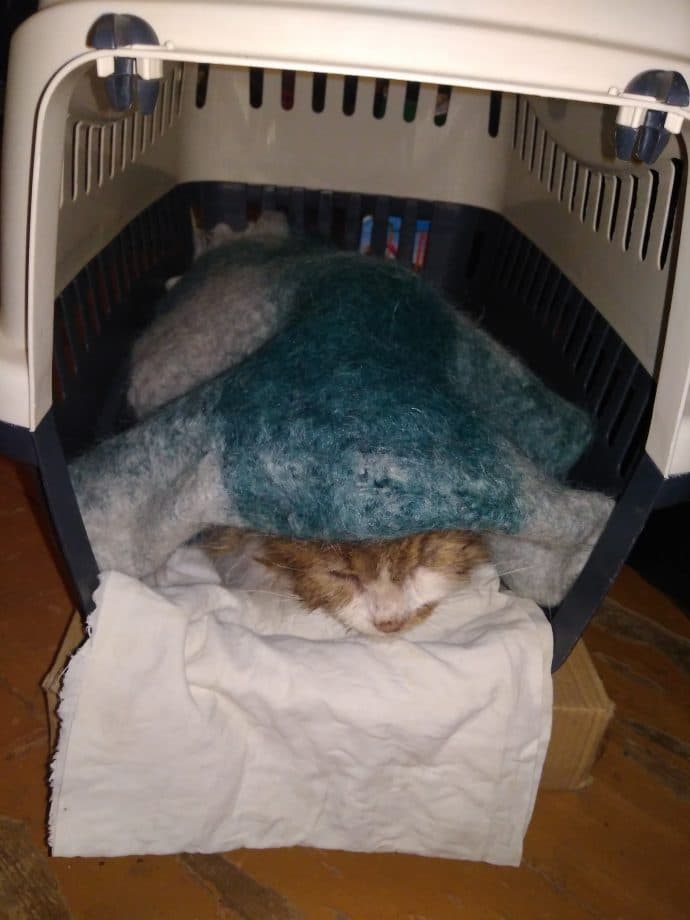 There they took her blood for analysis to identify her condition, and she was immediately prescribed droppers. The poor thing was so weak that she did not even resist the manipulations of the veterinarians. 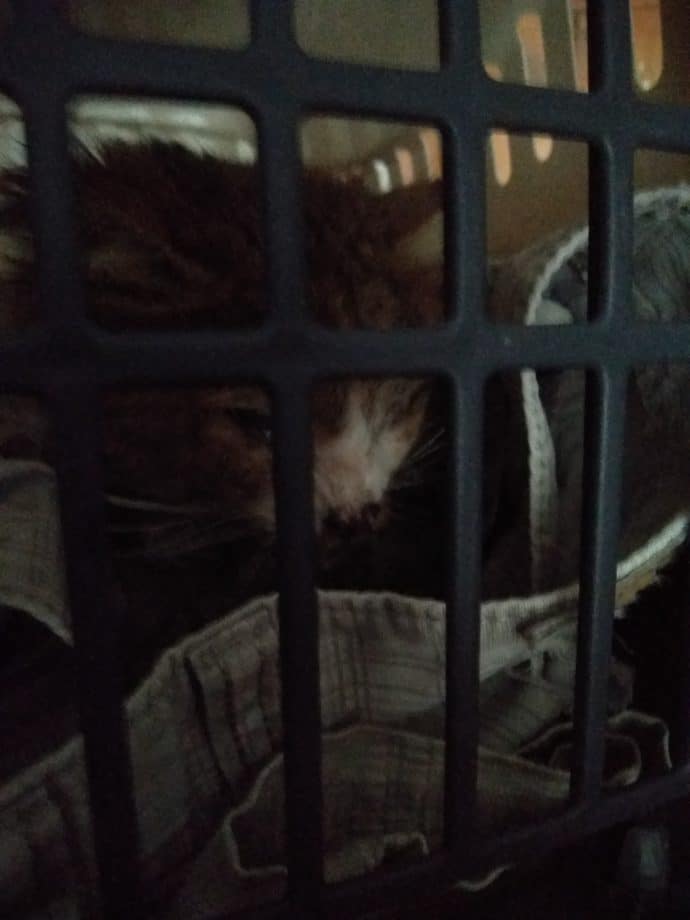 One of the clinic workers took pity on the cat and managed to become attached to him, so she even gave him two packs of special food, giving it to Artyom. Already at home, the young man wrapped the cat in a blanket, placing a warm heating pad and quickly acquired a tray.

The treatment went very quickly and successfully. He met the New Year with a foundling, he, during the holidays, took her to IVs and veterinarians pointed to a positive trend. The dehydration of the body has passed, and the inflammation from the peephole has passed. 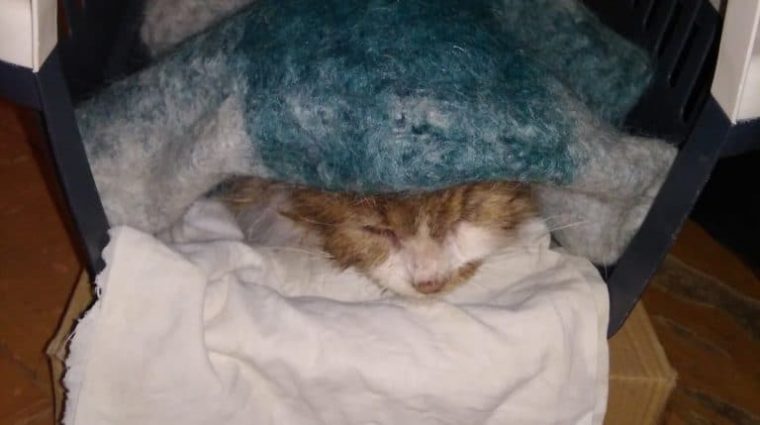 Artyom was very pleased with the consoling conclusions of the veterinarian and he did not take part in all the New Year’s fuss, since it was necessary to save the life of someone who needed it so badly.