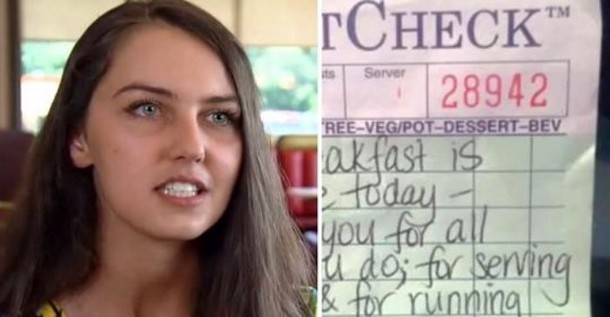 That day, waitress Liz Woodward was working the night shift at a New Jersey café. Firefighters Paul Hallings and Tim Young entered the cafe at five in the morning and immediately asked for the largest cup of coffee. 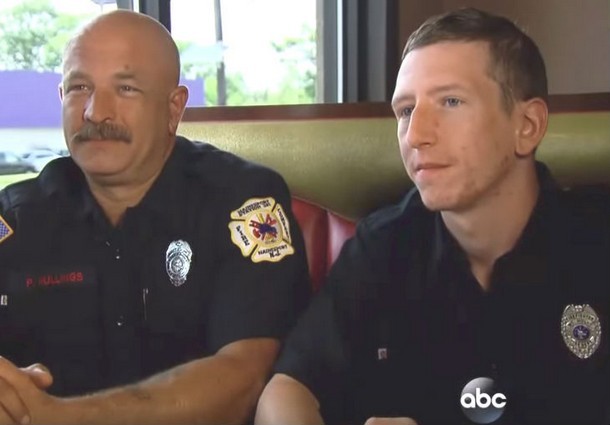 “As soon as they said it, I knew they were having a tough day,” Liz recalls. After hours of fighting the fire in the warehouse, the men were tired, wanted coffee and were hungry. When they had breakfast, Liz brought them a bill. On it she wrote:

“Your breakfast today is on me. Thank you for your work; for serving others and for rushing to where everyone else is running from.” 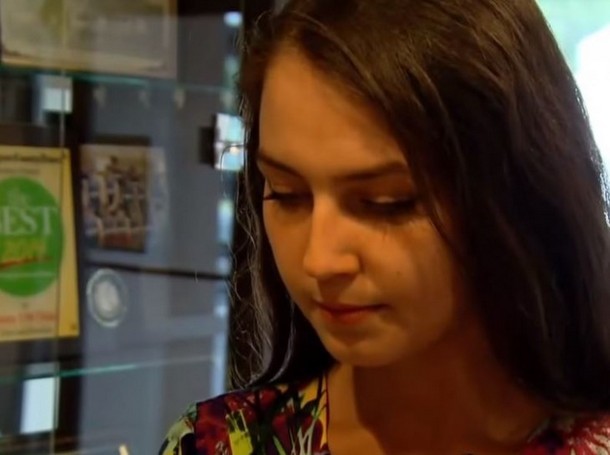 The men were so touched by Liz’s action that they told users on Facebook about the incident. But the story did not end there. On Liz’s Facebook page, they learned that she wanted to buy a wheelchair lift for her father’s wheelchair.

Tim and Paul set up a page and organised a fundraiser on the GoFundMe platform. They managed to raise even more money for Liz than they needed to buy a hoist. Watch the video of Liz’s reaction to the firemen’s surprise.