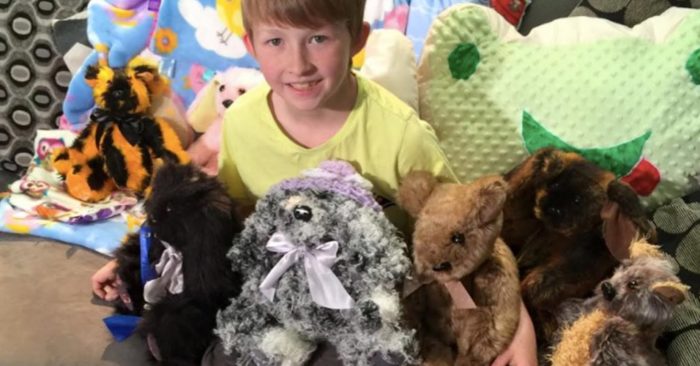 Nine-year-old Campbell Remess wanted to give presents to children in hospital. But the boy’s parents could not afford it.

Campbell came up with the idea of sewing a furry bear on a sewing machine. It took him six hours to make his first toy; now he spends an hour. He called his project 365 and sews bears every day. Campbell sews teddy bears for sick children and for sale, to raise money for charity. The youngster is now 16 years old. He has sewn a total of 3,100 bears. 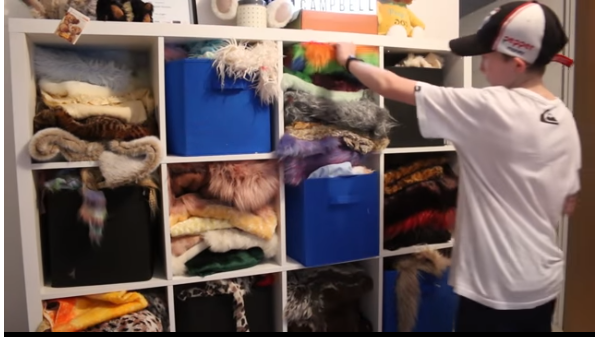 «When I give a teddy bear as a gift, I get a positive response in return. It inspires me to keep sewing bears and I love it,» the teenager shared.

During the quarantine, Campbell held a live master class on making a bear and told about his project:

«I thought it was a good idea to attract children to something useful during isolation and quarantine».

Campbell advises peers not to dwell on the negative aspects of life.

«Go outside, do something in the yard or just have fun», he said.

Campbell is helped by his mum, she is the operator of his broadcasts. He teaches how to make bears on Facebook. The mum said her son plans to send the bears out to all the emergency services and make a video to inspire others.

LIFE STORIES 0 111 views
When the nanny warned her that she would not be coming to work, single

A lad in a wheelchair saw a kitten in danger. He did not call for help, but rushed to the rescue.
LIFE STORIES 0 37 views

A firefighter rescues a little boy from a fire, «Where’s Sam?» asks boy — Story of the day
LIFE STORIES 0 37 views