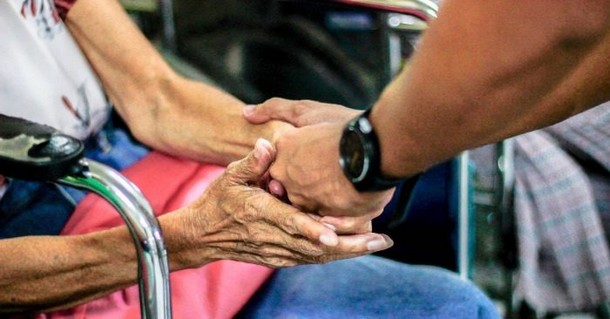 It happened in September in Florida. It was raining heavily. An elderly woman in a wheelchair tried to move, but could not. Four guys came up to her. 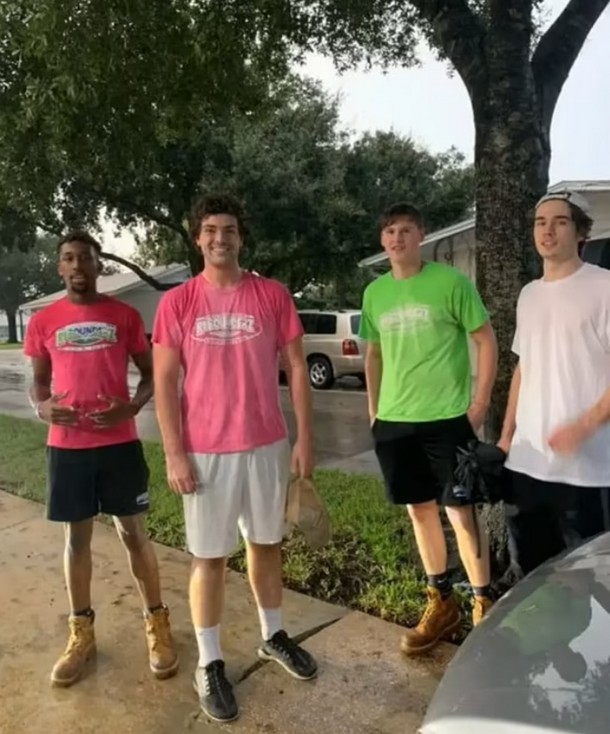 “We were tired and dirty and wanted to go back to the hotel, but suddenly we saw a woman struggling with a wheelchair,” said John Morgan Massa. “We realised that whatever our day was, it certainly wasn’t any worse than this woman’s,” he added. 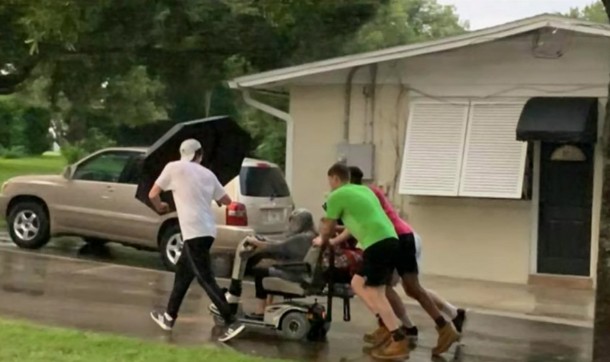 The young men started pushing the electric wheelchair uphill and managed to hold an umbrella over the woman’s head. A woman called Katy Castro happened to be nearby and snapped a photo of the young people. She posted the post on social media. Thanks went out to the guys in response. They were surprised: “We just wanted to help,” they wrote. 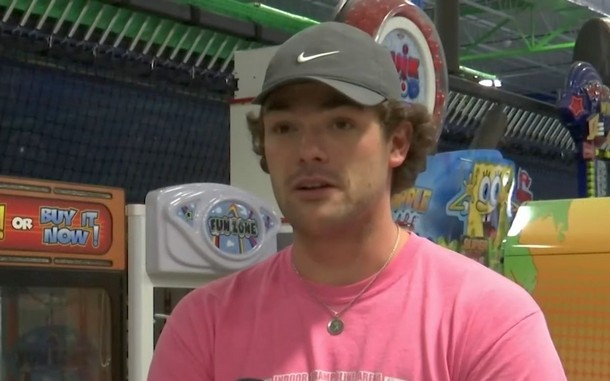 John hopes that their act will inspire people to help those in need. According to these guys, holding the door, smiling, carrying someone’s groceries, reaching for an item on the top shelf in a shop, helping someone whose electric wheelchair has broken down in the rain – these are things that almost anyone can do.