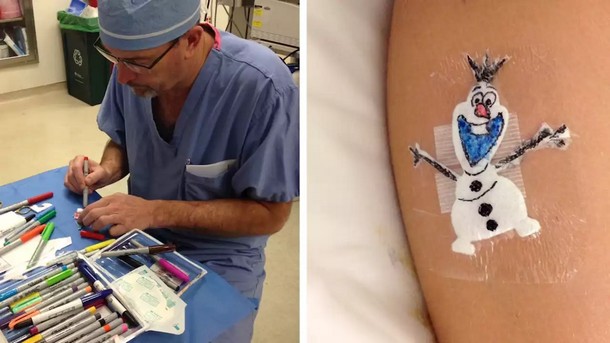 A surgeon at Akron Children’s Hospital in Ohio found a way to make kids soon forget about scars. 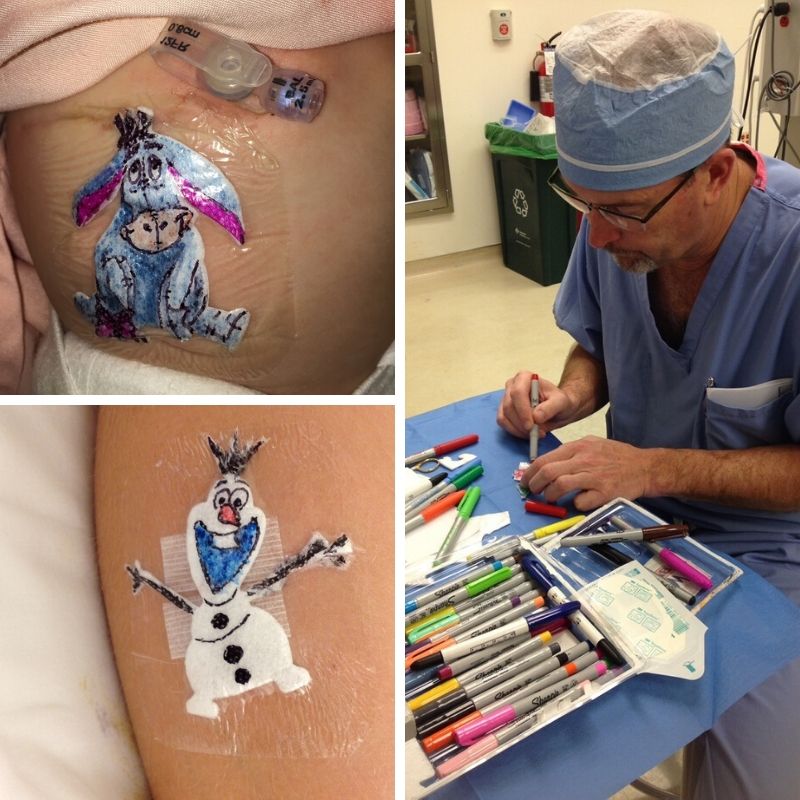 January 2017: Although the pen may not be mightier than the scalpel, pediatric surgeon Dr. Robert Parry always takes a moment to make sure a scar isn’t the only lasting memory of a child’s surgical procedure. He surprises them with a hand-drawn dressing featuring a character or something that personally interests them.

When doctor Robert Parry puts aside his scalpel, he takes up colored pens. He draws surgical dressings for his young patients. According to the surgeon, he does this so that children remember the scar after surgery.

Robert drew Olaf from “Cold Heart” and Donkey Eeyore from “Winnie the Pooh” on his first surgical bandages. “He surprises children by drawing clothes depicting cartoon characters or whatever interests the child,” according to the hospital’s official Facebook page.

Robert said he has already drawn more than 10,000 drawings for young patients.