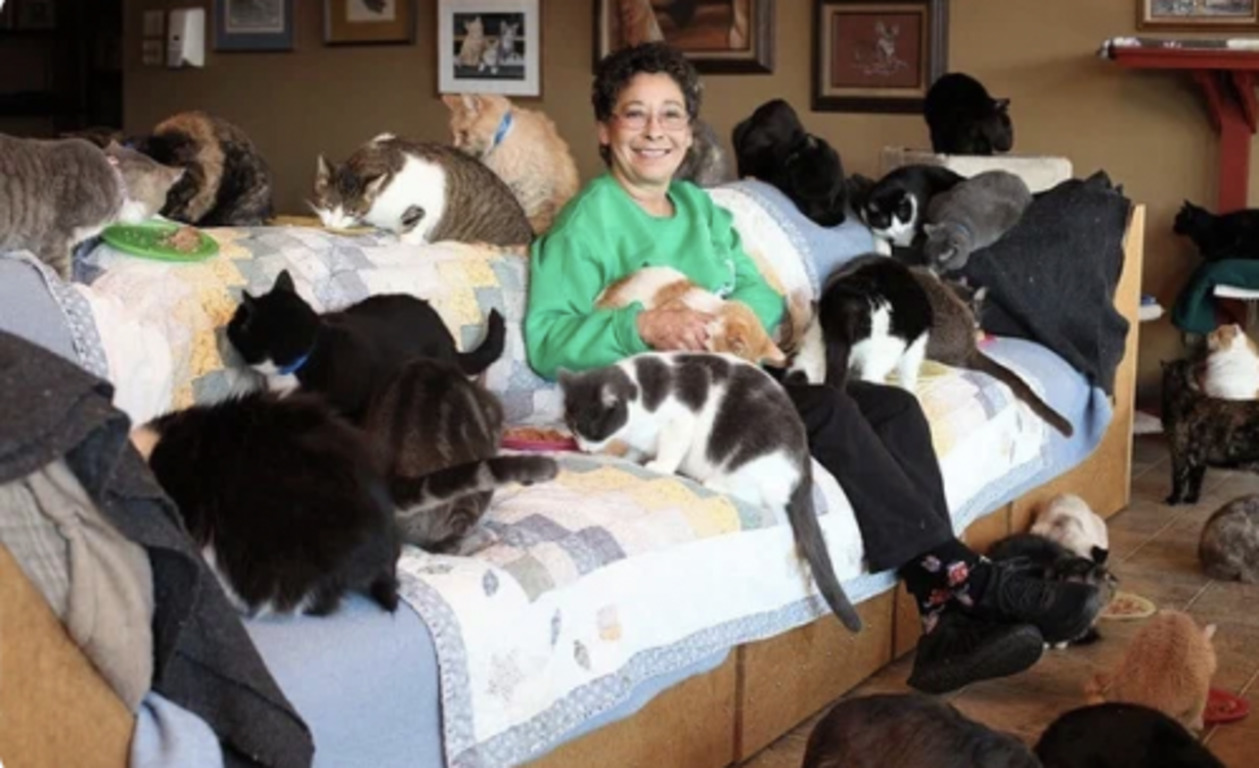 When in 2016, Lenea Lattanzio, at the age of 67, was left alone, a lover of four-legged, and decided to help poor animals. She owned a huge mansion in a very prestigious area, that is, the woman was rich. In addition, Lenea has been engaged in volunteer activities for a long time, helping in one of the local shelters. Shelters usually look pretty depressing, even in countries with a high standard of living. They are cramped and crowded with pets and that’s exactly what the woman was a volunteer in. 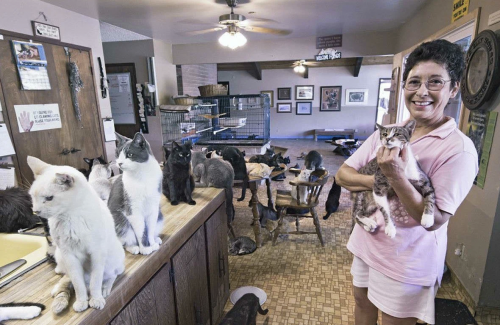 Somehow, Lenea wanted not only to help with money and take part in the work of the shelter, but she also wanted to make an even more significant contribution. A woman sold her huge house for a large sum. She invested all the money she earned in a shelter where she helped. A new large plot was bought for the shelter, everything was equipped and furnished as animals deserve. And they also hired additional workers. Only Lenea set one condition: she wanted to live in this shelter with the cats.

Of course, the owners of the shelter allowed a kind woman to live in the shelter. So Lenea moved to a shelter and still lives there in a trailer. There are currently 800 adult cats and 300 kittens in the shelter. A woman, even though she has always lived in luxury and wealth, does not mind her modest dwelling now. 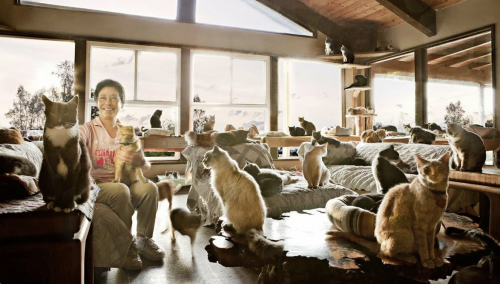 The main thing is that she lives in harmony and feels happy. Of course, volunteers are looking for owners for all cats, but new inhabitants come to replace those who managed to find a home, so the shelter will never be empty and Lenea will never be lonely and unnecessary.