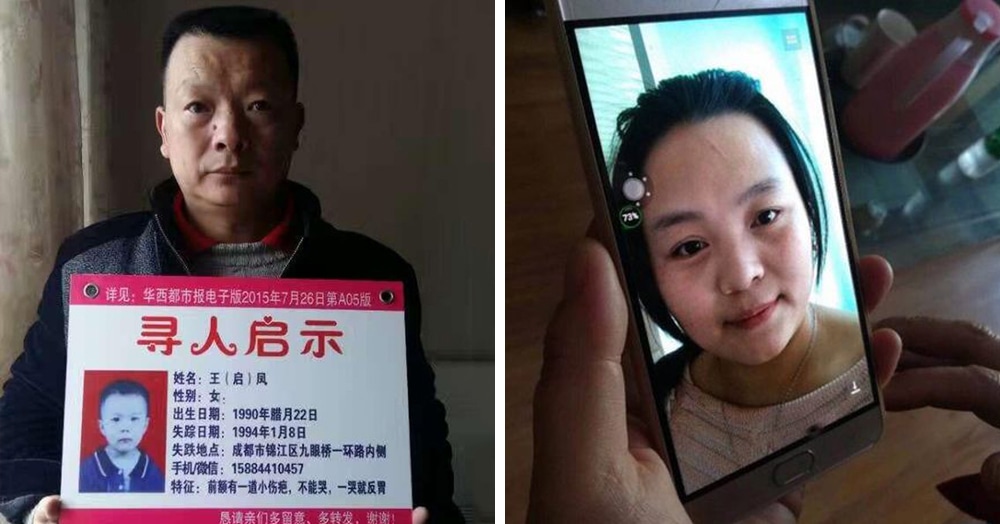 The story took place when the parents managed to find their daughter, who had gone missing 24 years earlier. In 1994, Wang Ming Qing and his wife Liu Deng Ying were working as fruit vendors in a roadside shop, and at one point Wang went to a nearby shop to exchange change for a customer. When he returned, his daughter, three-year-old Qi Feng, was nowhere to be found. The couple spent the next 24 years searching for her daughter in every way possible – posting missing person notices on the streets and on websites and newspapers. It turned out that all this time their daughter had been living just 20 kilometres away from her parents. 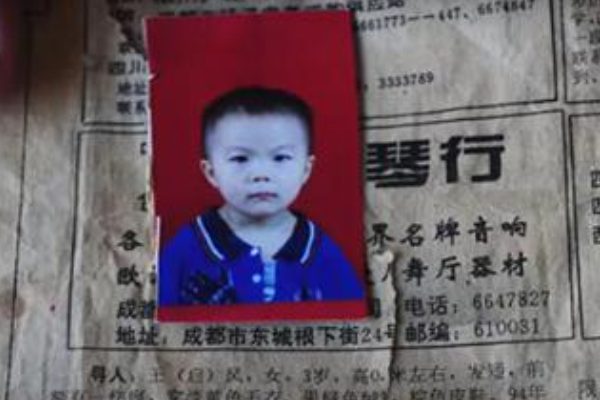 When Qi Feng went missing, her parents started looking for her in every way possible – through newspapers, leaflets and ads on websites. In 2015, Wang Ming Qing even took a job as a taxi driver to find his daughter 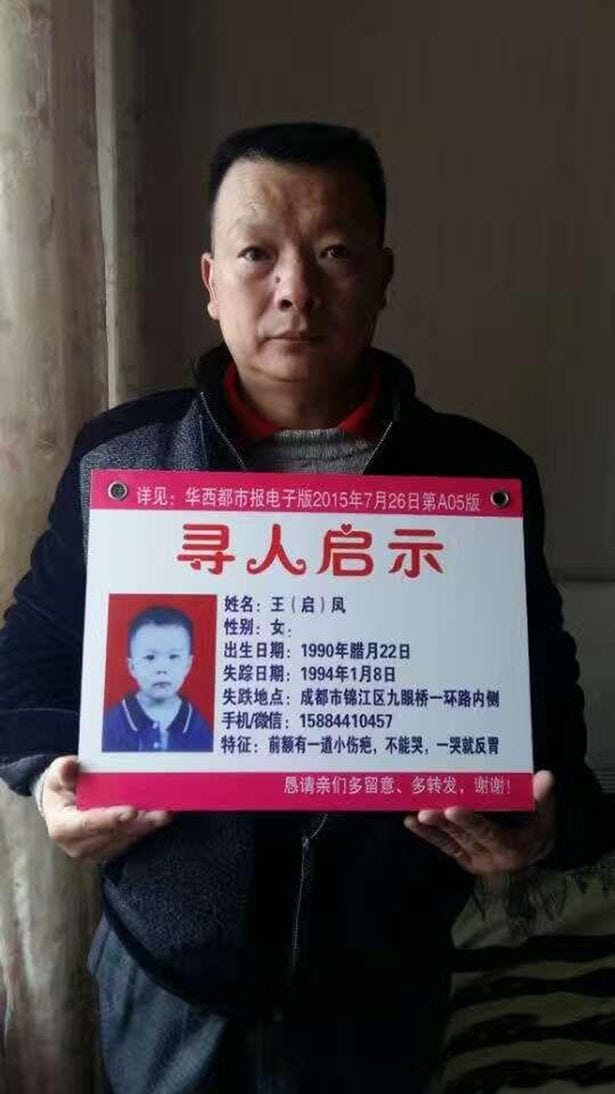 On the back window of the car, Wang put up a wanted notice and attached a photo of his youngest daughter (because he did not have a photo of Qi Feng herself) 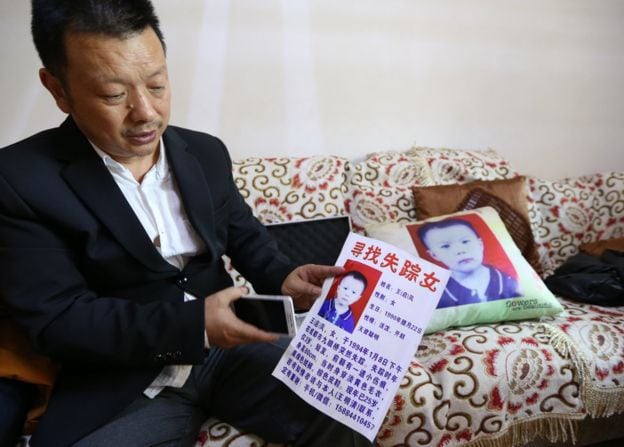 Taxi passengers started sharing the story on social media to help with the search. The father himself hoped that one of the customers might be his daughter 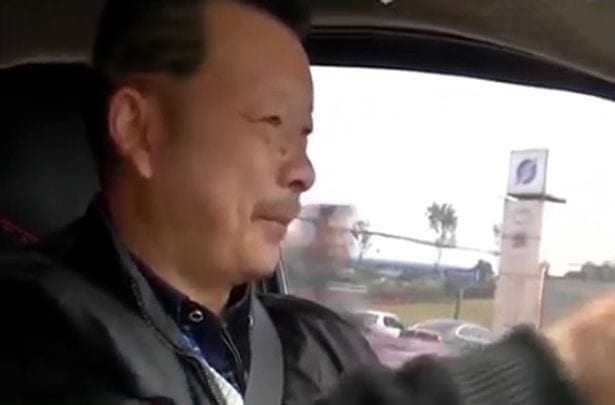 Naturally, the police didn’t stay away either, but every time someone resembling Qi Feng was found, the DNA results came back negative 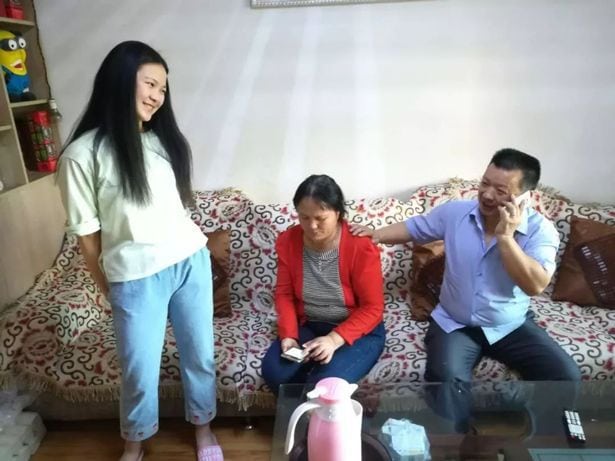 The search went nowhere until an artist who worked for the police drew a rough portrait of Qi Feng, imagining what she might have looked like as an adult. The resulting image was posted on the Internet. 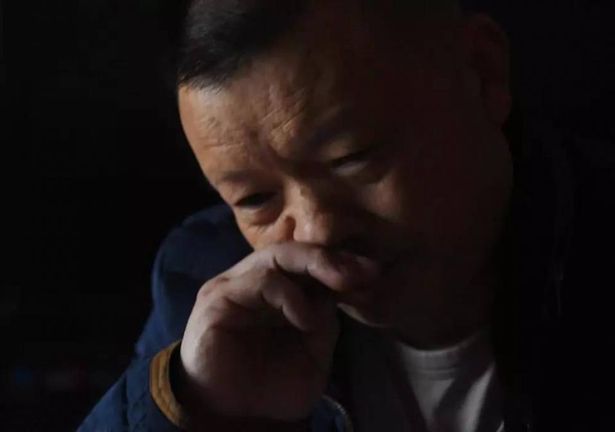 It was there that 27-year-old Kang In saw it, and she was struck by how much the portrait resembled her. She wrote to Wang about it, adding that she also has a scar on her forehead, just like the girl in the picture 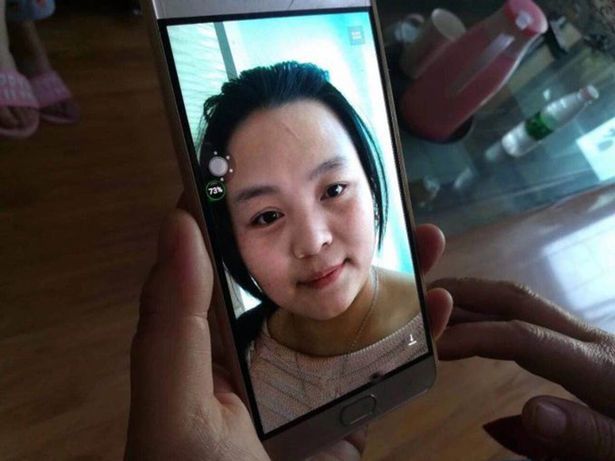 And DNA testing has shown that Kang In is indeed Wang’s daughter, who disappeared 24 years ago and who her parents have been searching for all these years without success 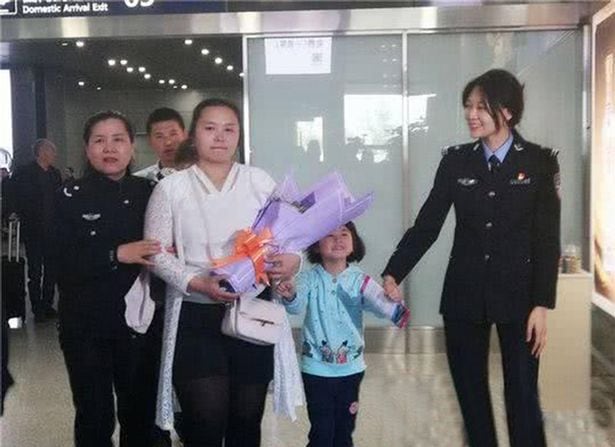 Afterwards, Kang, along with her husband, son and daughter, came to visit her real parents and, naturally, the meeting was very touching and rich in happy moments. 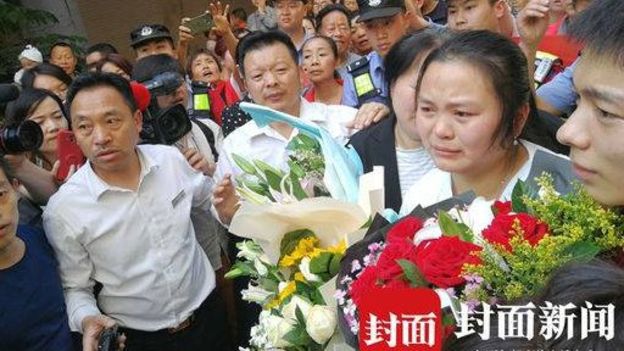 “It’s impossible to convey how much hope we had and how many moments of disappointment and despair we’ve had over these 24 years. We’re finally back together again,” Van shared his excitement 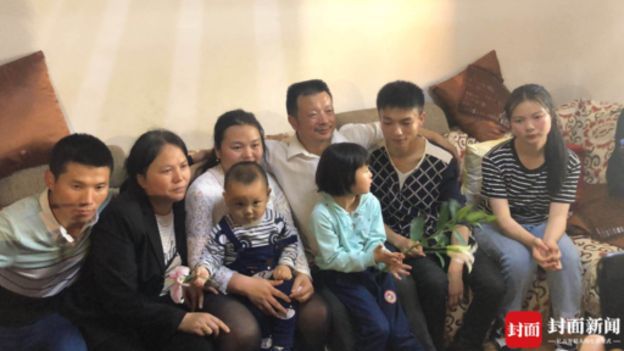 Kang In was later found to have been raised by foster parents who found the little girl by the side of the road in her hometown, Chinese media reported 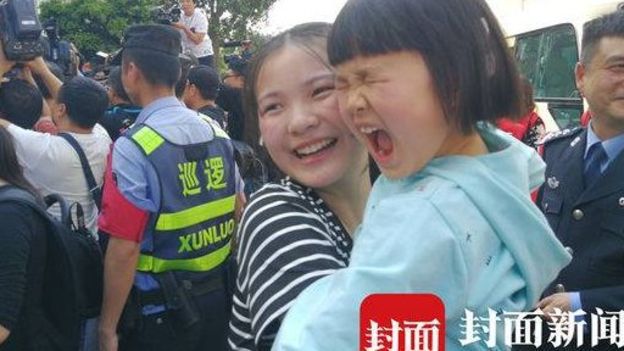