A dog called Shope and his owner John Unger became famous after an image surfaced online in 2012 showing the dog sleeping peacefully on his owner’s chest, bathing in a lake in Wisconsin.

There was a story behind this image that captured the attention of hundreds of thousands of people around the planet.

Shope, who was 19 at the time of this famous image, was suffering from arthritis. 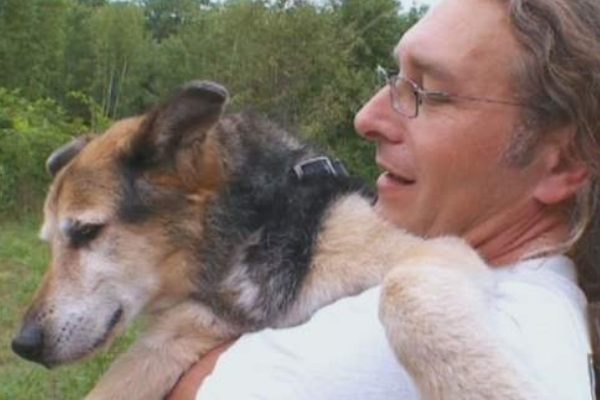 To alleviate its suffering a little, John took the dog to the lake every day. He took the dog in his arms and plunged deep into the water.

The water finally allowed the dog to relax enough for the pain to subside and Shope was able to nap peacefully on his owner’s chest.

John Unger and his girlfriend adopted Shope from an orphanage. John broke up with this girl he wanted to marry 11 years ago and then fell into a deep depression.

“I wish I could be honest with you. I wouldn’t be here without that dog. I woke up one night with bad thoughts. But I had Shope with me, and… I don’t know how to explain. I was literally cut off from those thoughts. He’s done so much for me that my helping to ease his suffering in his old age is just a little something I can do for him,” John confessed in an interview. 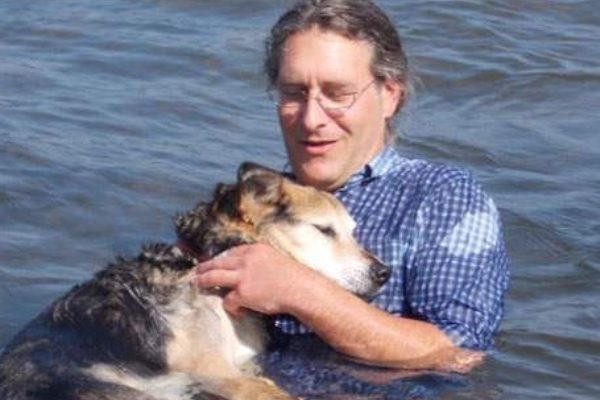 The specialist told John that the dog’s illness was progressing and that it might be best to put it to sleep.

Realising that he might soon lose his best friend, the man asked a friend to take a picture of him and Shope as a memento.

She managed to get a beautiful shot that will be remembered not only by John, but by thousands of people around the world.

After the image of Shope sleeping became popular, John began to receive many gifts and money from all over the world for its treatment.

The dog expert was amazed that so many anonymous people were transferring money. 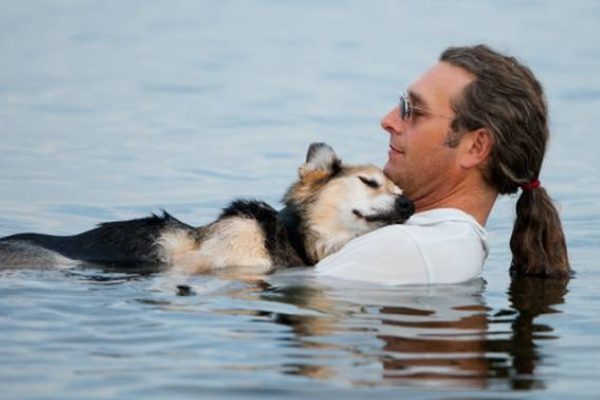 According to him, John is a nice guy and not particularly rich. But he has done all he can for his dog, who has never been fully cured and has already lived longer than the average dog.

Popularity has prolonged Shope’s life for almost a year, giving it a chance to celebrate its 20th birthday. 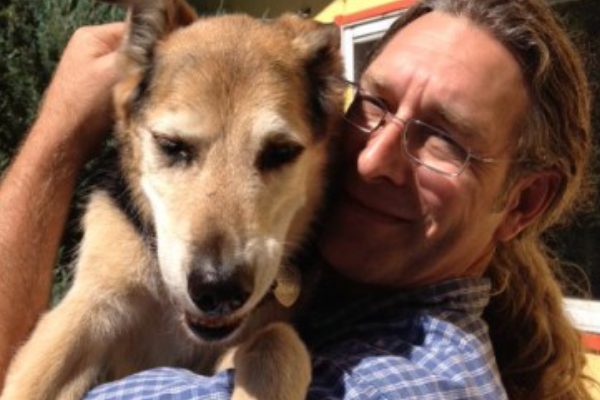 On 18 July 2013, John wrote about the loss of his beloved pet: “I’m breathing, but I can’t catch my breath. Shope left yesterday. “