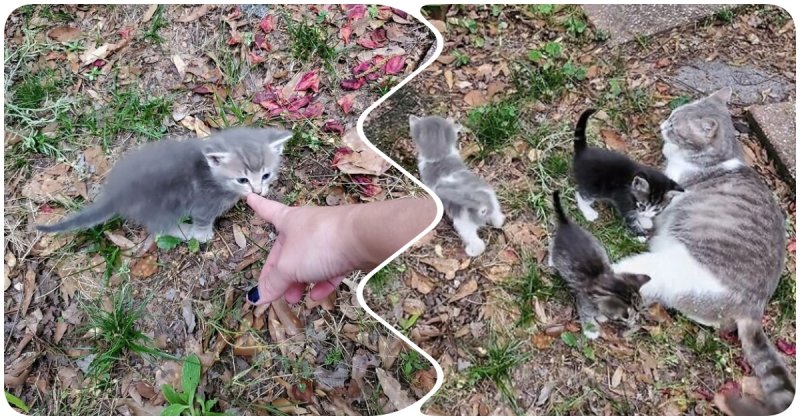 Some people cannot remain indifferent to stray animals. So, Shi Pryor, a resident of Irvington, Alabama, fed a cat that came to her place for several days.

The cat was wandering around Shi’s plot. The woman began to call her, but the cat was in no hurry to go for a treat, although she was hungry. 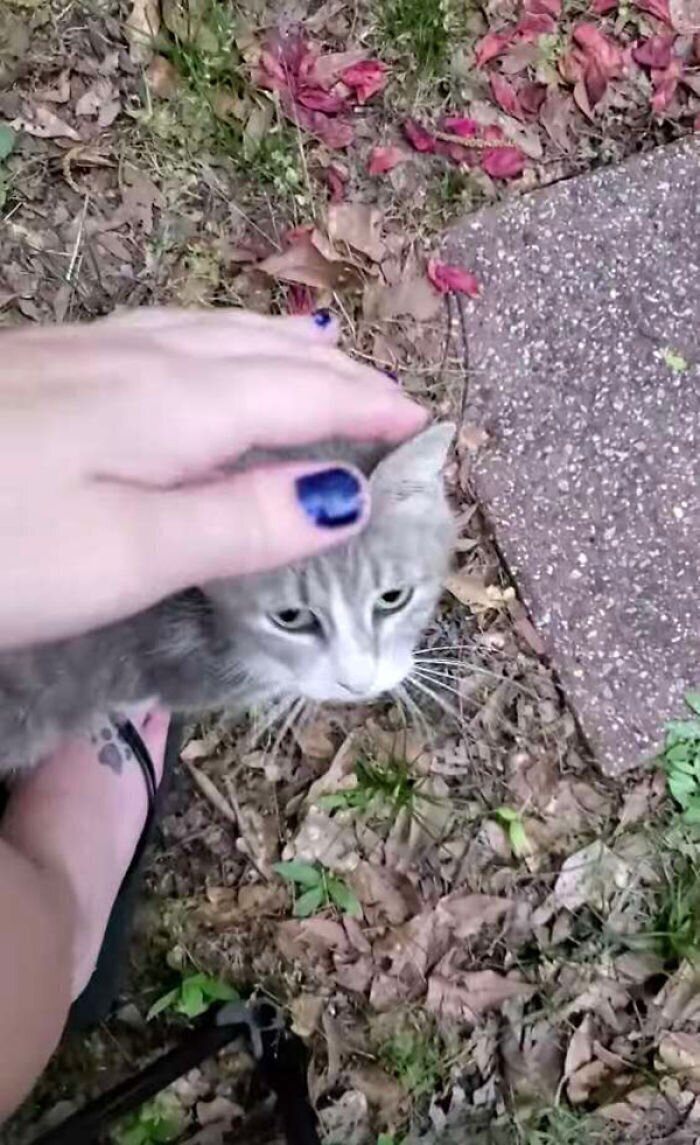 The woman showed patience to gain the trust of the cat – only then did the cat approaches her. 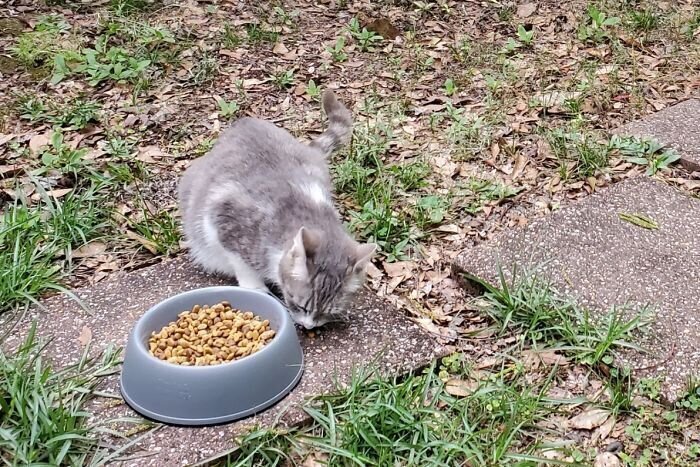 A few days later, the cat allowed herself to be fed and even allowed to pet. 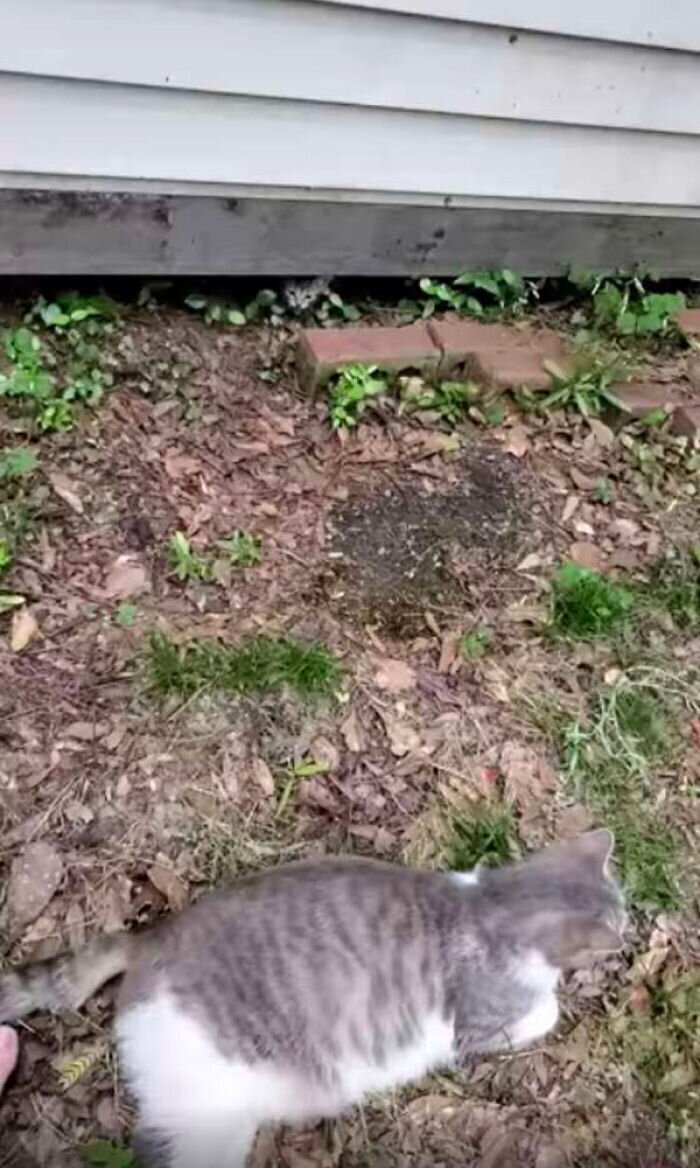 For the sake of a delicious lunch, the cat began to come to the woman every day. Shi once noticed milk on the animal’s nipples, then she realized that the stray kitty had recently become a mother. 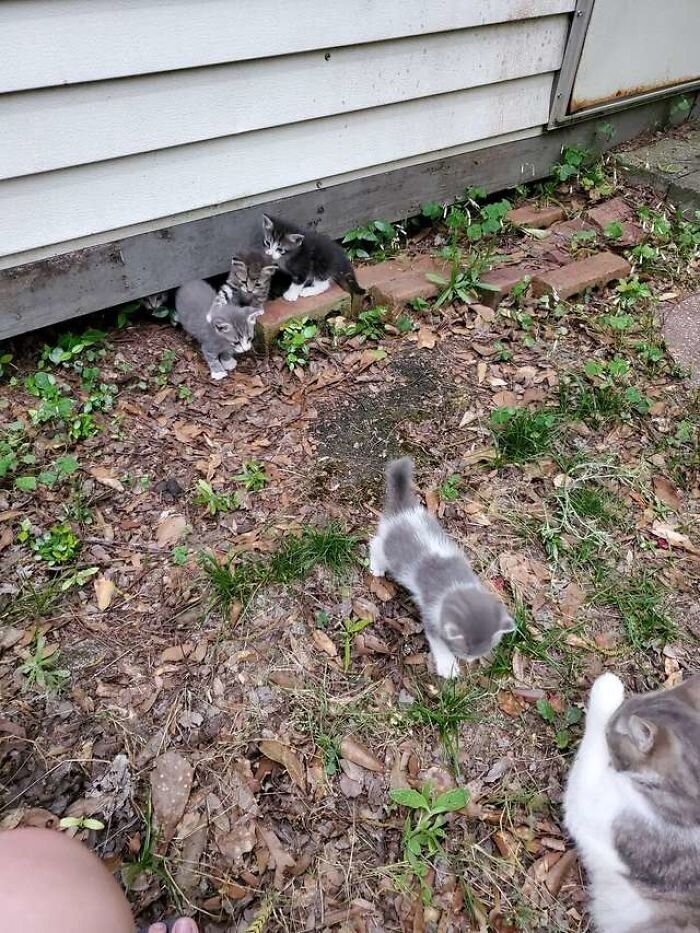 When she guessed that the cat had kittens, she began to ask the kitty to take her to them. 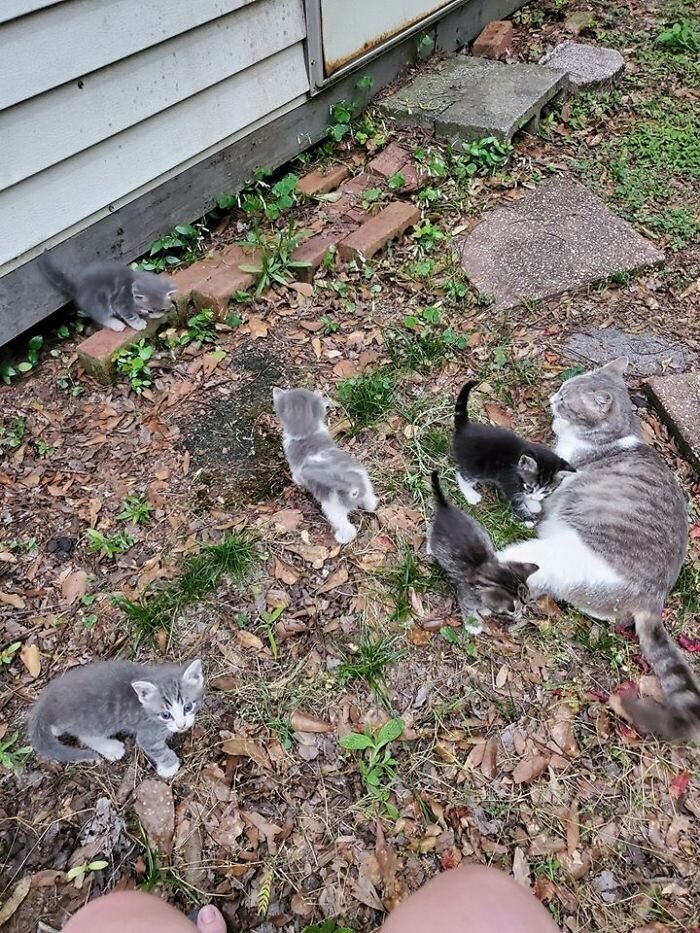 The cat seemed to understand that Shi would not harm them. 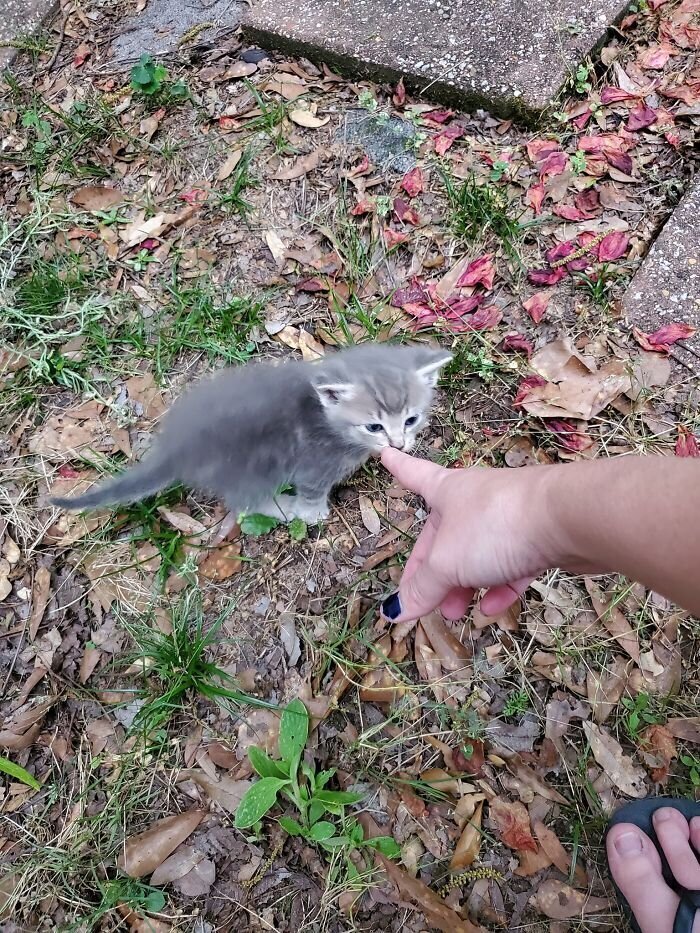 She called the woman after her when she went around the corner of the house after another feeding. She turned around as if she was waiting for the woman who was feeding her. 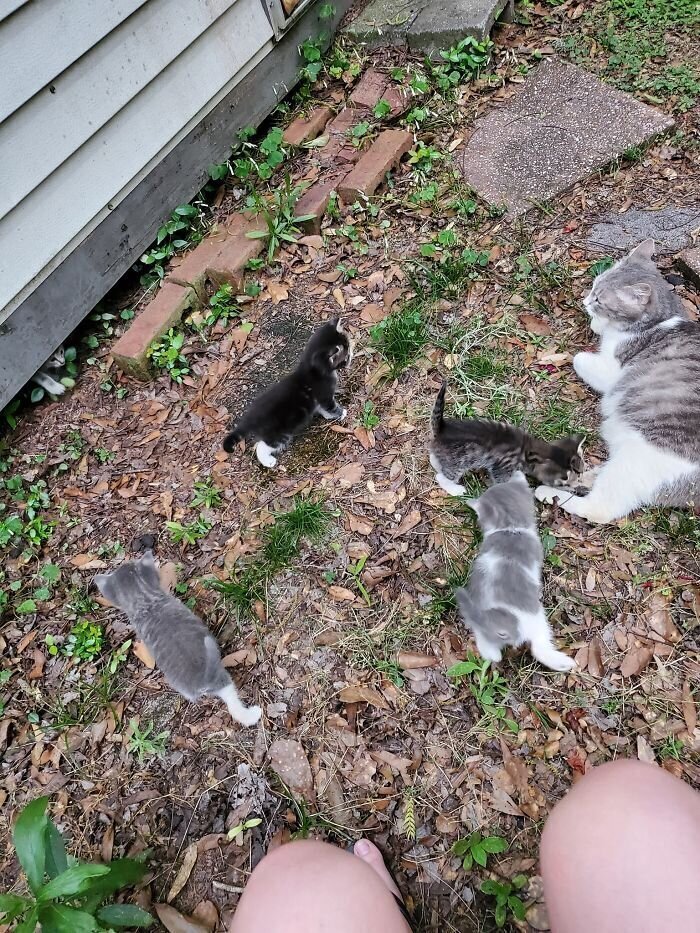 A whole family was hiding not far from Shi’s house. 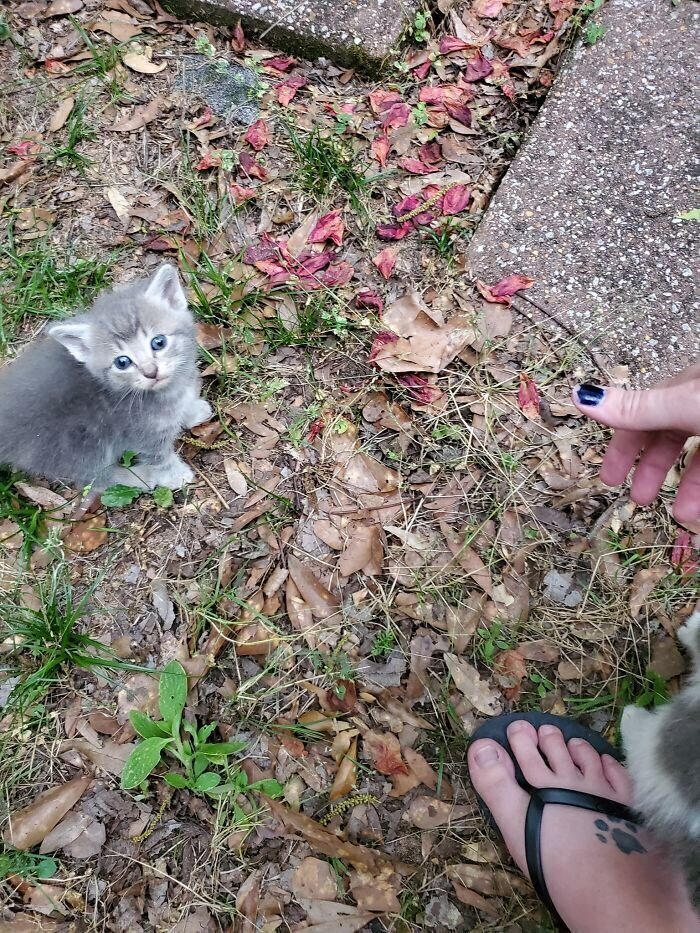 As a result, the woman left the mother cat and 2 kittens in her house, and for the rest, she is going to find new homes. 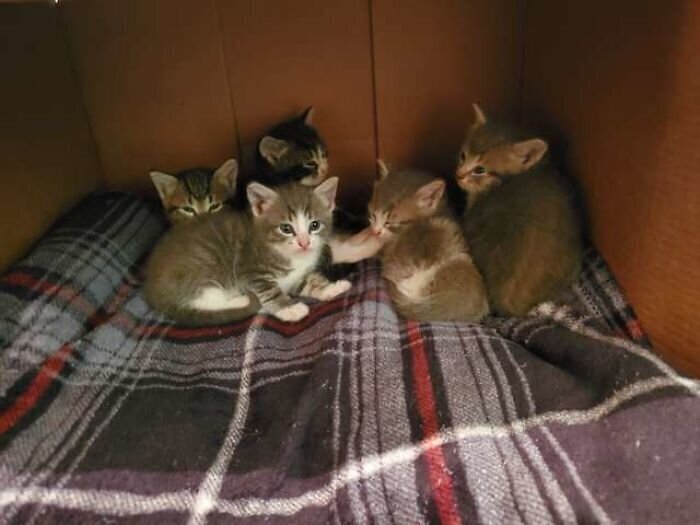 “A few of my friends are ready to pick up the kittens,” Shea said.