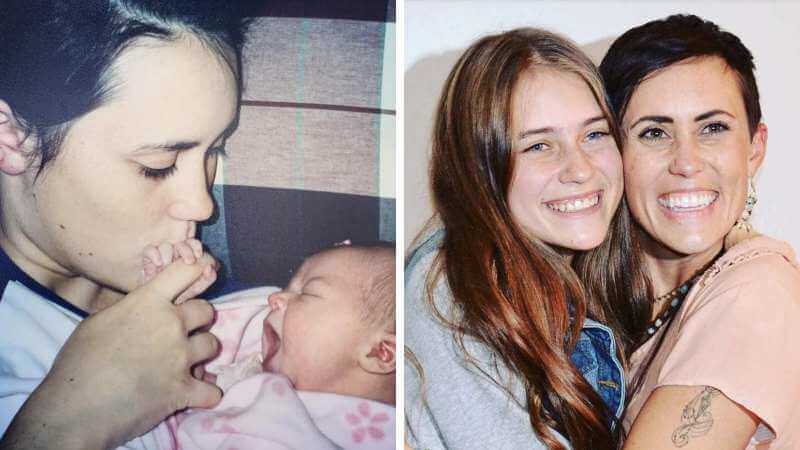 Difficult life circumstances forced Gina Crotts of Saratoga Springs, Utah, to part with her firstborn, giving her up for adoption. But all these years, the woman was interested in her daughter’s life and dreamed of meeting her. And now, after long 17 years, Gina, 38, and Kalin, 18, have finally seen each other, quite unexpectedly. It’s all in a story. 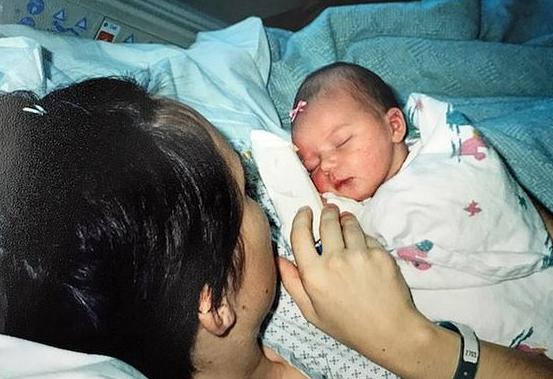 As soon as she graduated from school, Gina left her parental family and began to live on her own. The girl rented a small room, doing odd jobs, and most of the time she had fun in cheerful companies. At the age of 19, Gina became pregnant from a casual acquaintance. And since she had no husband, no own home, no means of subsistence, she decided to terminate the pregnancy. But by the time she went to the doctors, it was too late to have an abortion. There was only one way out – to give birth to a child and give it up for adoption. 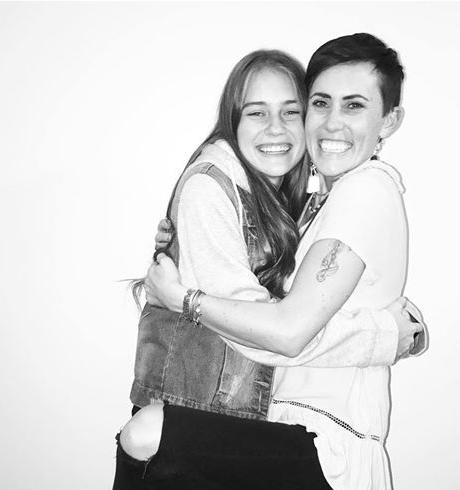 “The whole pregnancy I went by myself. After all, I understood that childbirth would bring me not only the happiness of motherhood, but also the grief of parting with my own child. And it was very hard,” recalls Gina Crotts. Even a few months before the birth, Gina began to look through the documents of people who would like to adopt a baby. And I found a family that was also waiting for replenishment, though after 1.5 months.

“I thought that such a small difference in age would be completely invisible. So the children will be considered twins, ”continues Gina. In due time, Gina gave birth to a girl, and immediately gave her to a new family, where the baby was given the beautiful name Kalin.

At the request of Gina, the new parents sent her photos of the girl several times a year and told her all the news about her development and upbringing.

“I kept thinking about my daughter – how is she doing? And when she received letters and photos, she found out that everything was fine with her and calmed down for a while, ”says Mrs. Crotts. 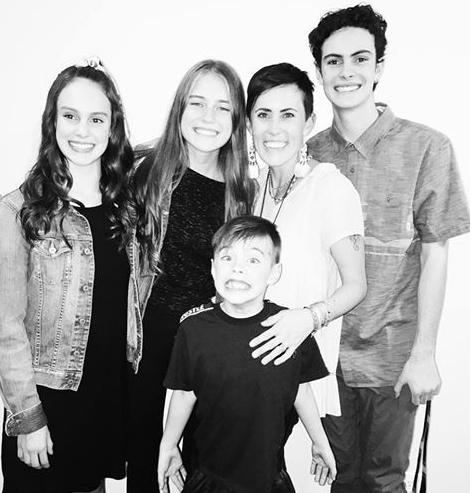 Some time later, Gina got married and had three children. She did not hide the truth from them and spoke frankly about her older sister. Therefore, Kalin’s photographs were always in a prominent place. What’s more, it was customary for Gina’s family to celebrate Kalin’s birthday every year with cake, candles, and fun entertainment.

“Most of all, my daughter Evi liked to look at the photos of Kalin. Therefore, I even joked that if anyone recognizes my sister at first sight, it will be Evie, ”says Gina. That day, Gina came to a rehearsal in a dance class where her youngest daughter was studying. 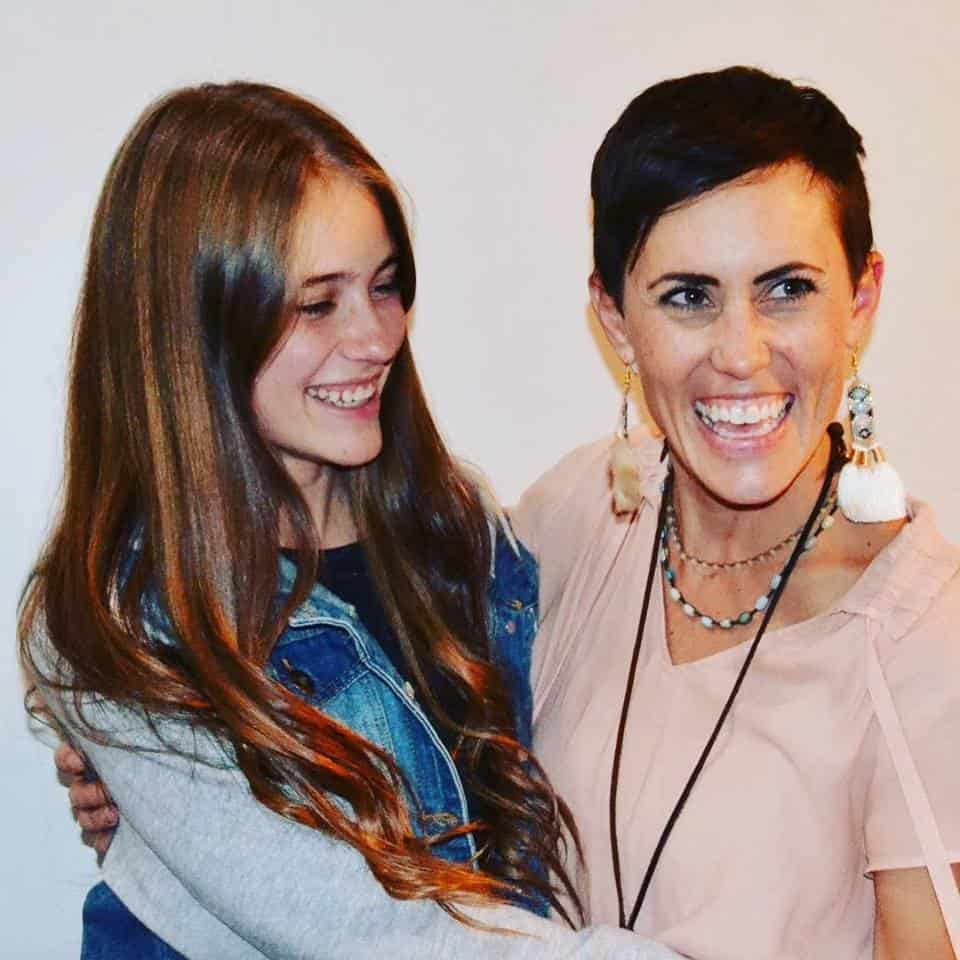 “I was sitting with my back to the window and suddenly Evie said to me: “Mom, look around.” I turned and saw that Kalin was standing behind the glass and looking at me. It turns out that she happened to be passing by and looked out the window, ”Gina says with tears in her eyes.

“I jumped up and rushed to the door. And already holding the handle, she froze. What if Kalin doesn’t want to date me. After all, it’s been 17 years. And, looking out into the corridor, I will see how she quickly runs away from me, ”continues Mrs. Crotts. 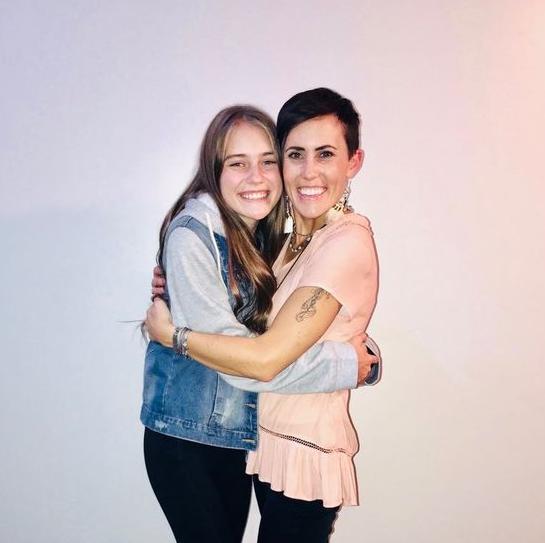 But Gina managed to control herself and pushed open the door. And the first thing she saw was the shining eyes and smile of her daughter.

“I asked her: “Are you happy?” and she nodded back. Then we hugged, and then looked at each other for a long, long time, ”Gina smiles at her memories.For several months now, Gina and Kalin have been in constant communication. The girl even visited the family of her biological mother several times and met her siblings.