Stevie is a blind cat who was found on the streets of Richmond. Even in the shelter, he was afraid, hid from everyone, and ate little. 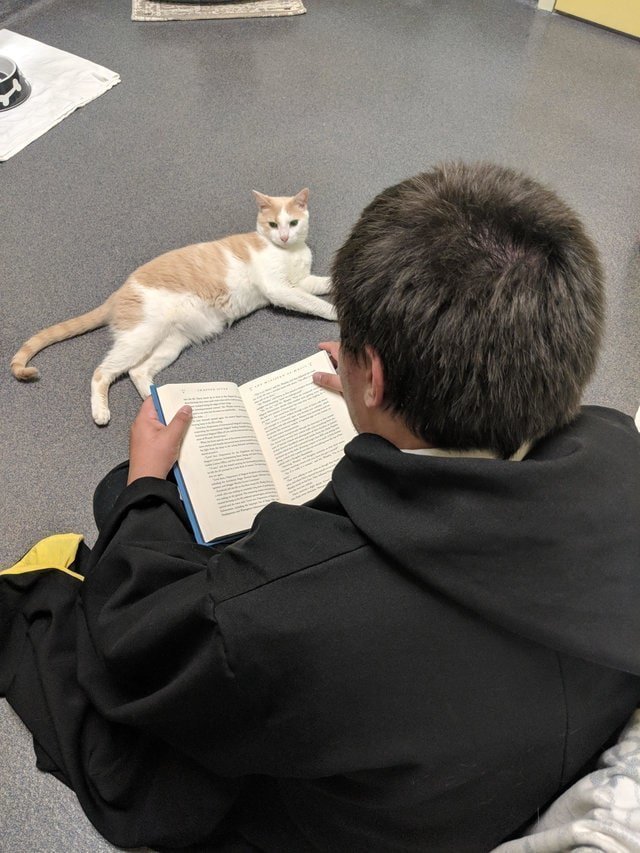 Steve probably lived alone on the street for a long time and suffered a lot from other animals and people. He shied away from everyone until he appeared in his life.

Price McIntyre, a 19-year-old shelter volunteer, decided that he could help the poor animal find new friends, and he himself would become one of them.

The shelter did not know how to influence the cat, how to cheer him up, but Price came up with 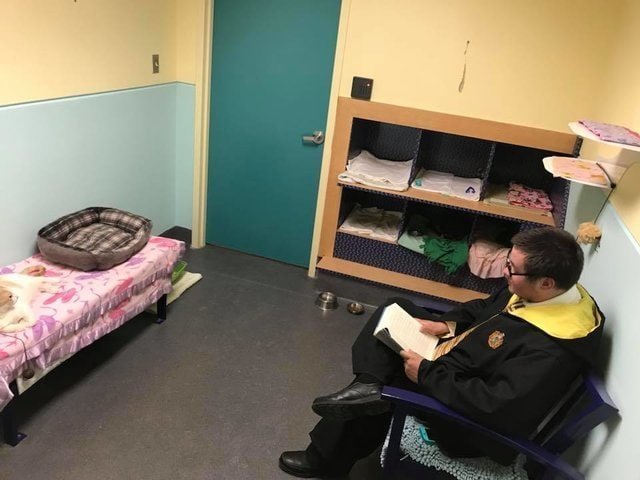 He began to read books to the cat. Every day for 2 hours he opened the story of Harry Potter and pleased the cat. 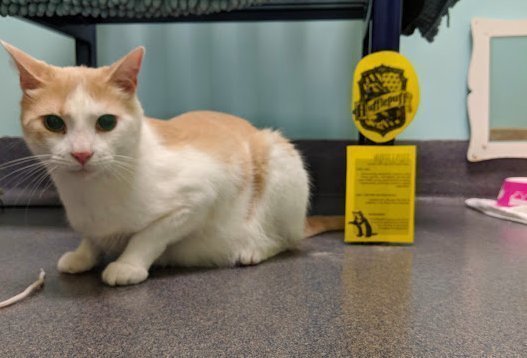 Steve ignored the guy at first and didn’t pay attention to his reading. 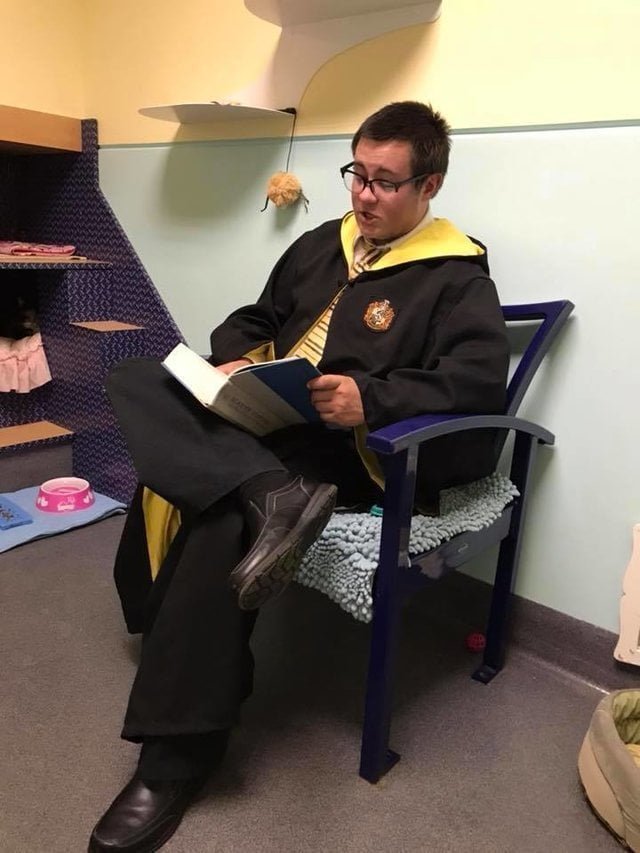 Then the cat began to get closer to the voice reading him fairy tales. 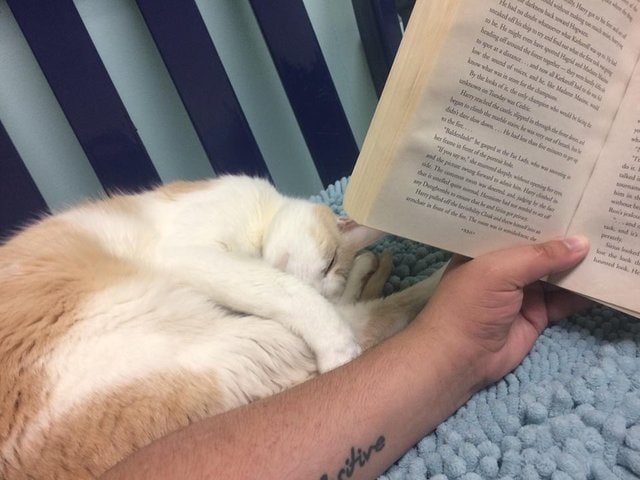 Price visited the blind cat every day, as a result, both became attached to each other 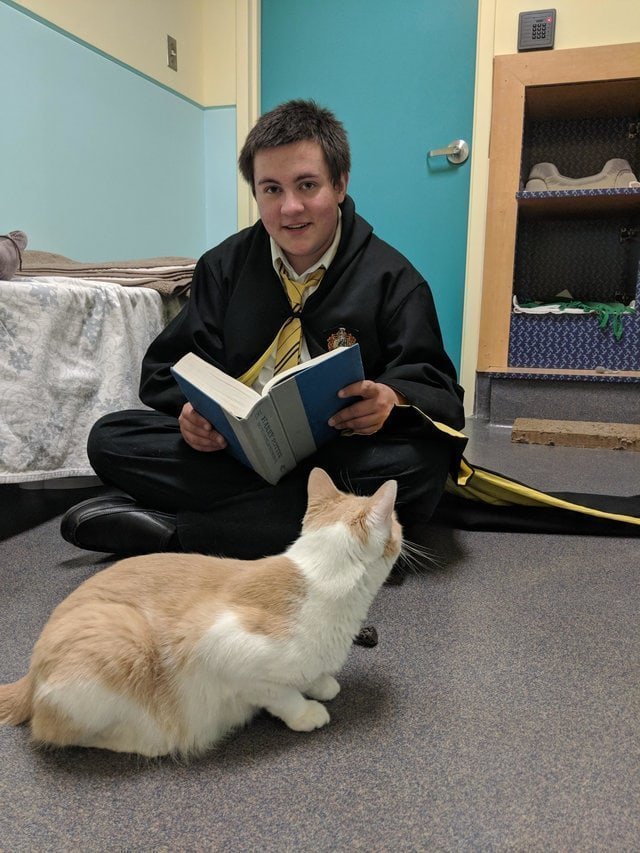 Now Steve snuggles up to his friend and purrs 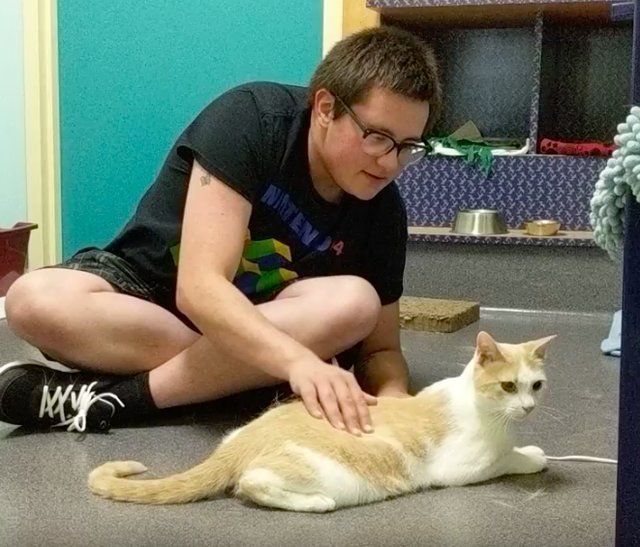 And Price is waiting for Mom to let him take Steve home. The cat, by the way, became more open, made friends with other inhabitants of the shelter, and began to navigate in space.