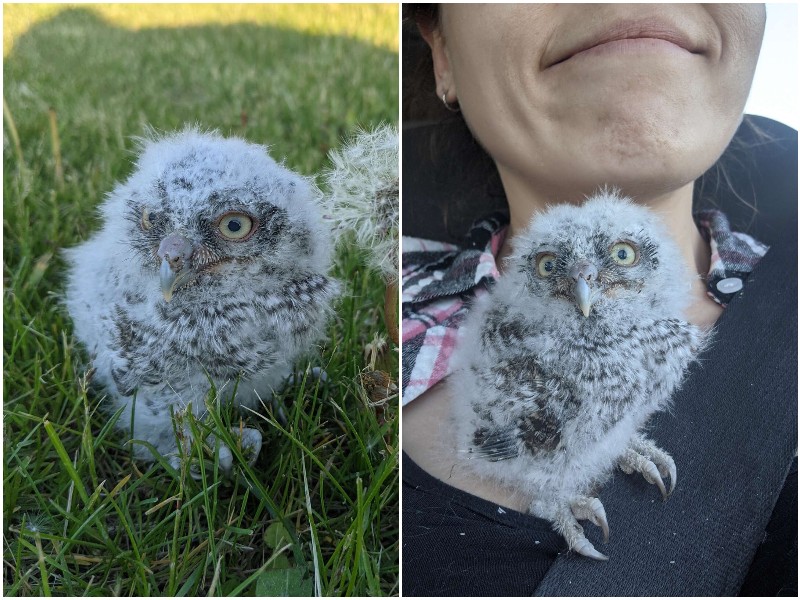 While the girl was trying to save a homeless cat, she heard a strange sound from a distance, similar to the sound of a squirrel. Coming closer, she saw that it was not a squirrel at all – but a small owlet, which really needed her help.

Recently, a U.S. resident named Nicki Robinson was camping with her family. Suddenly she saw a stray cat walking restlessly across the road and heading somewhere. She decided to follow it, thinking it needed help. 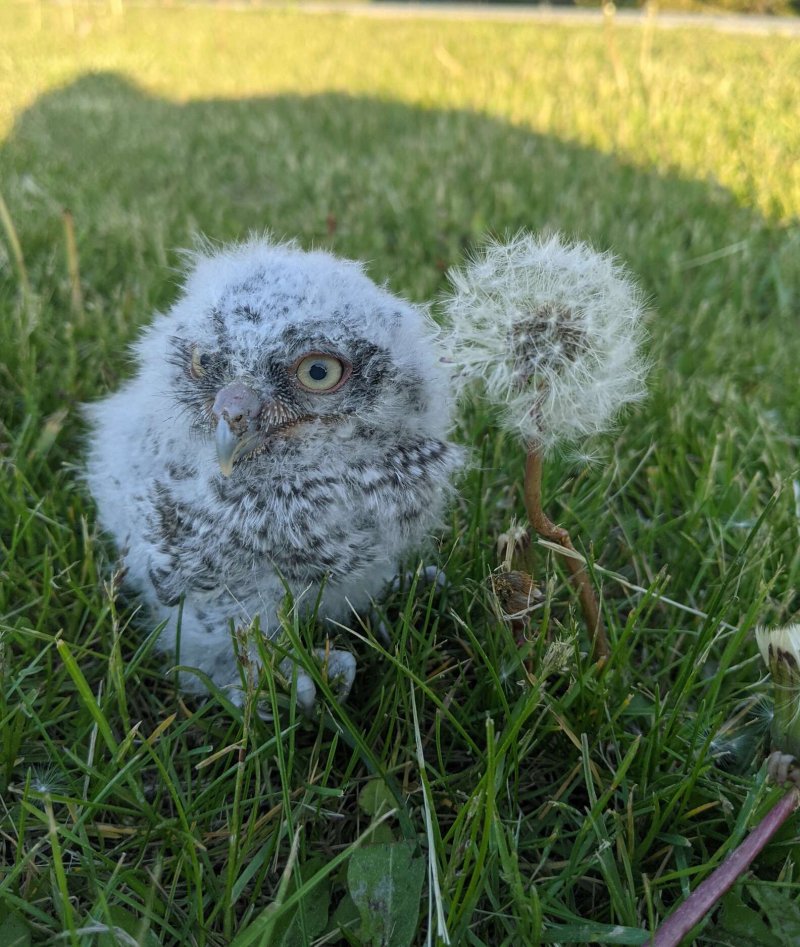 But it turned out there was something else bothering the cat. As she followed it, Nicki heard strange sounds, like the sounds of a squirrel. She went to the sound, and found there was no squirrel at all – a lonely baby owl was sitting on the grass, crying. Apparently, the baby had fallen out of the nest and was left all alone. 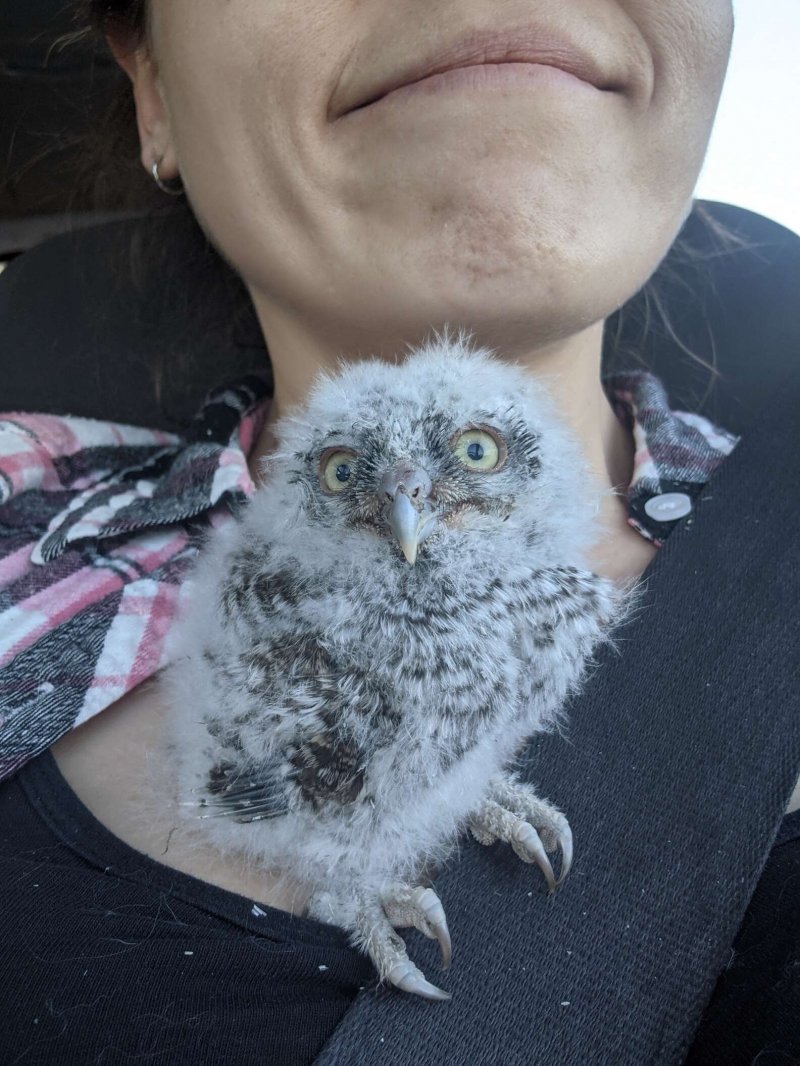 “It was close to the road, so I got there in time. I looked for a nest in the trees around here, but I didn’t find anything. It was squeaking a lot, and I was worried it might have hit when it fell,” Nicki says. 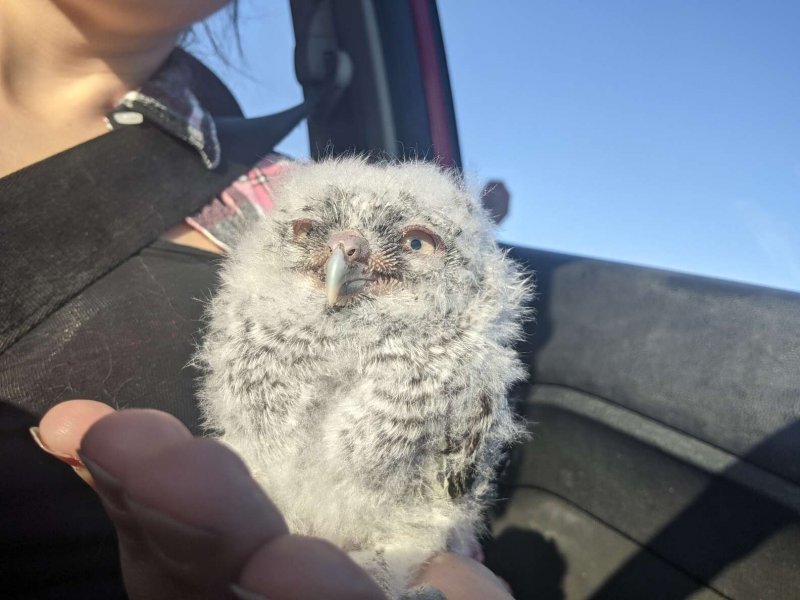 The girl contacted several rescue centers, and one of them agreed to take the little owl. Nicki, meanwhile, found a box of towels in her car and wrapped the owl in it. She turned on the seat heater and placed the box on top of it, hoping the owl would stop shivering. But the baby persistently tried to get out, demanding attention. 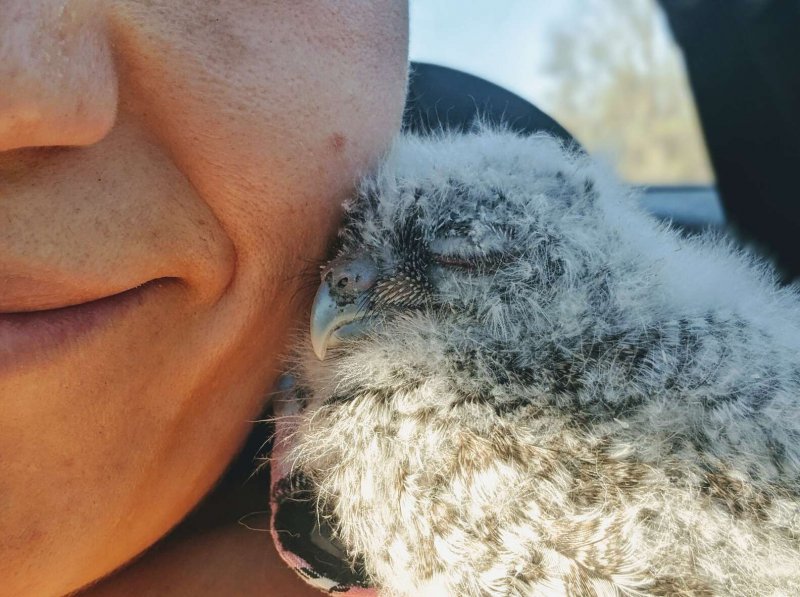 Then Nicky took the owl in her arms, and the baby snuggled up nicely on her chest. It was like it was showing its gratitude. Later, the girl brought the owl to the rescuers, and its health was quickly restored. After a few days of treatment, the baby will be released back into the wild.

The girl is very fond of birds and animals, and is always happy to help them: 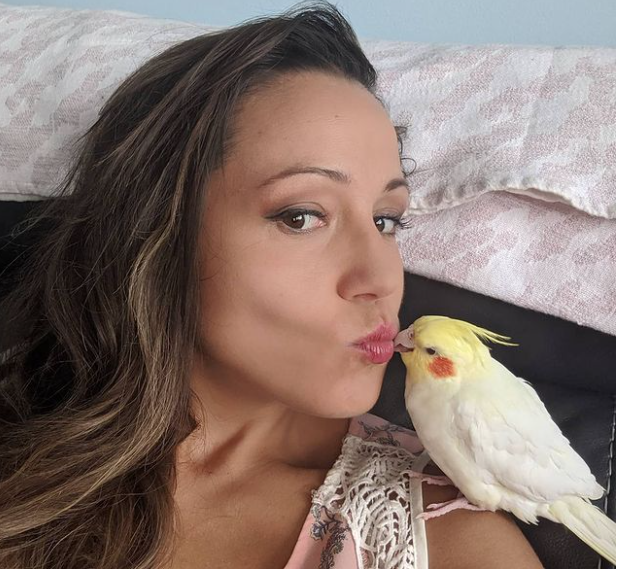