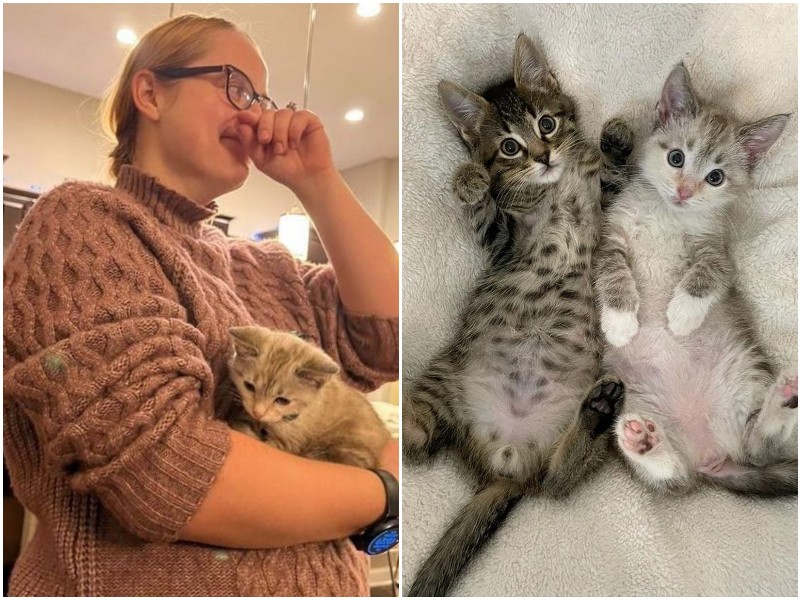 Little orphan kittens were found on the street when they really needed love. Two of them were especially attached to each other – they were always close to each other, and did everything together. After seeing them, one of the shelter’s veterinarians had a touching idea…

Six small kittens were found on the street in the USA and brought to the IndyHumane animal shelter. The babies were about four weeks old, and they lost their mother at an early age. People noticed that two of all kittens are especially attached to each other.. 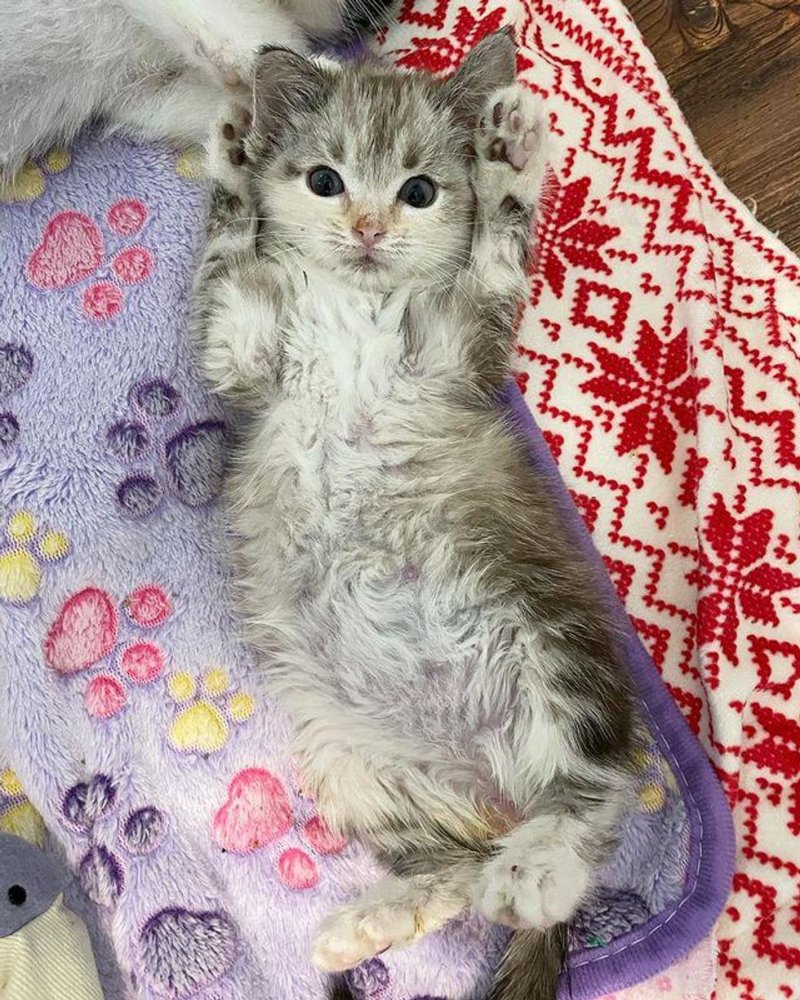 Both kittens were always close to each other and did everything together. When they were admitted to the orphanage, the guardians also noticed it right away. They gave the kittens the nickname Peppy – a small kitty, and Kringle – her bigger brother. 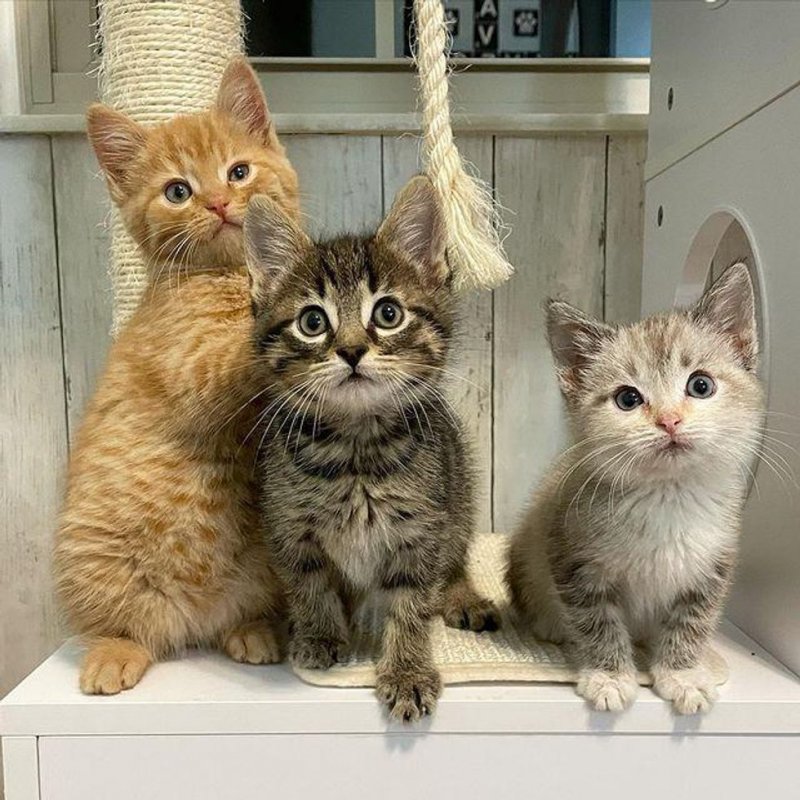 All kittens were absolutely healthy. They were afraid of the new environment, but they got used to it pretty quickly. Tiny Peppy was still lagging behind her relatives in development, but she was bravely catching up with them. The baby had a great appetite and a lot of energy. 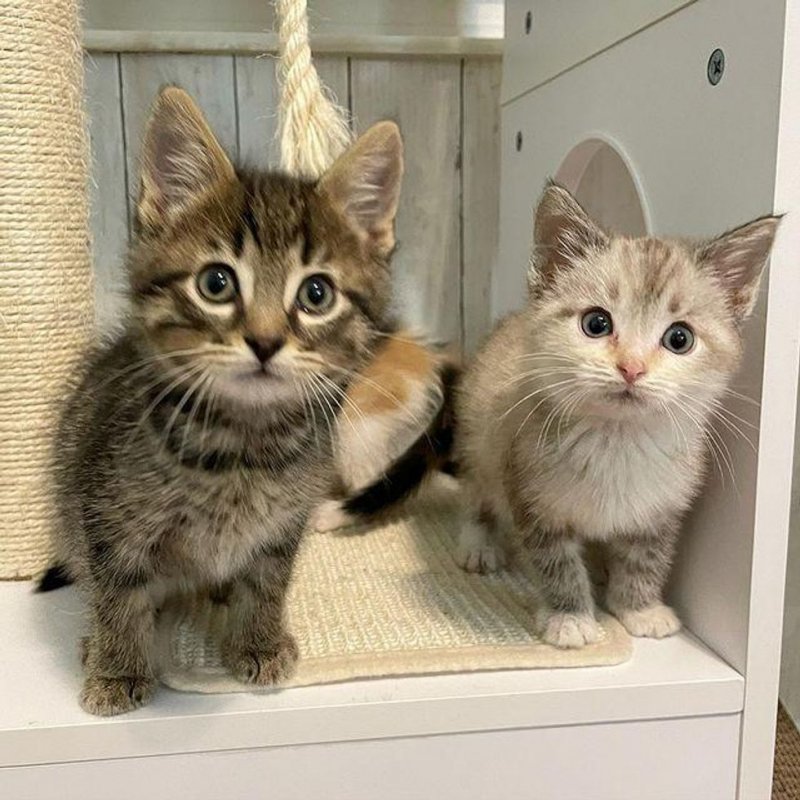 When the kittens grew up, the veterinarian from the shelter decided to show them to her sister, who had recently lost her beloved cat and was grieving the loss… The girl immediately fell in love with kittens, and especially she liked Peppy. After learning that she has a special relationship with her brother, the girl was even more touched. 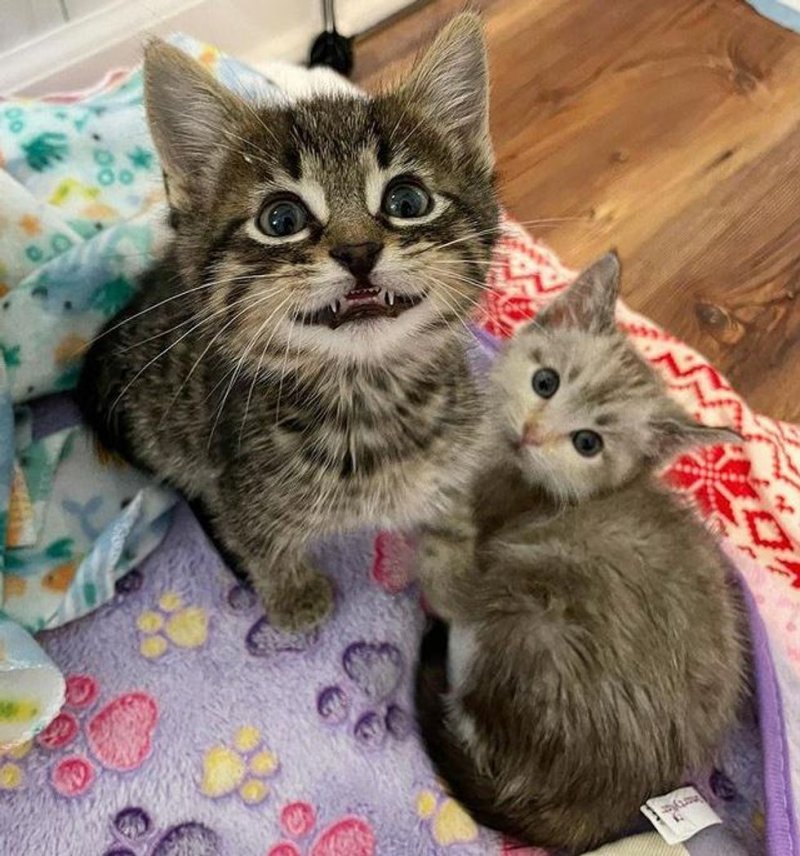 The girl’s husband decided to surprise her for Christmas and secretly took Peppy and Kringle to present them to his wife, who was grieving without her beloved cat. When she persuaded him to take the kids, he pretended that he refused, and waited until the holiday. 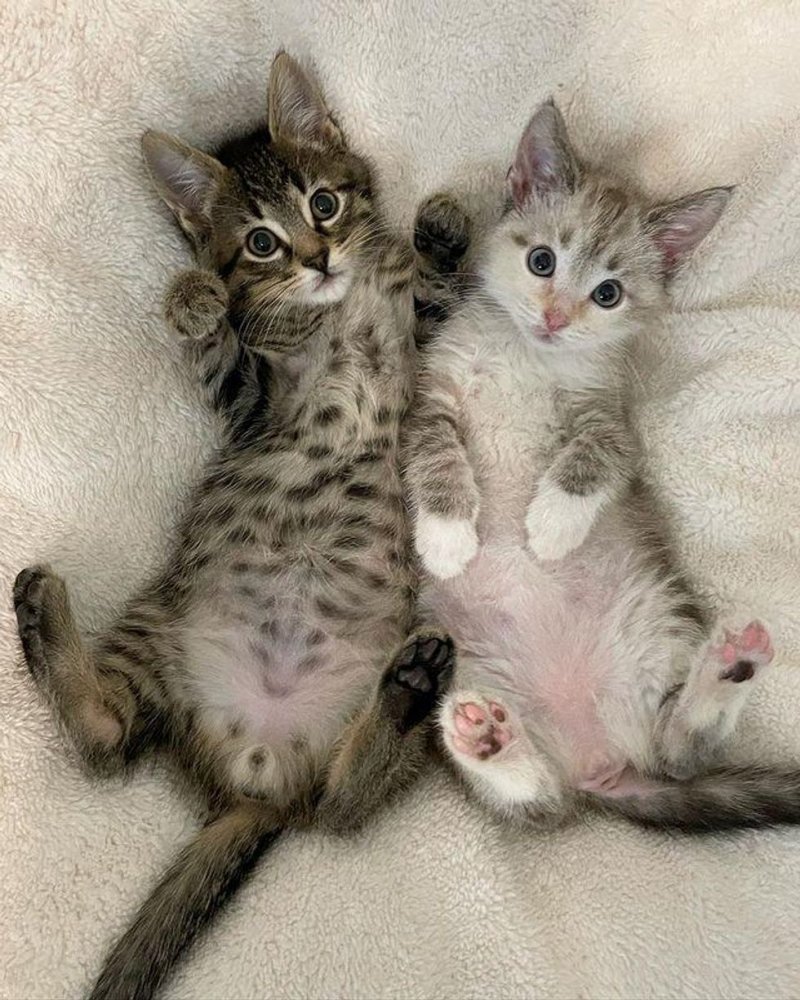 On the day of the holiday, the husband gave his wife kittens. He and her sister left the kids on the couch for her arrival, and she was shocked to see them at home. The girl could not contain her emotions at the sight of the kids, and could not believe that now their home is here. 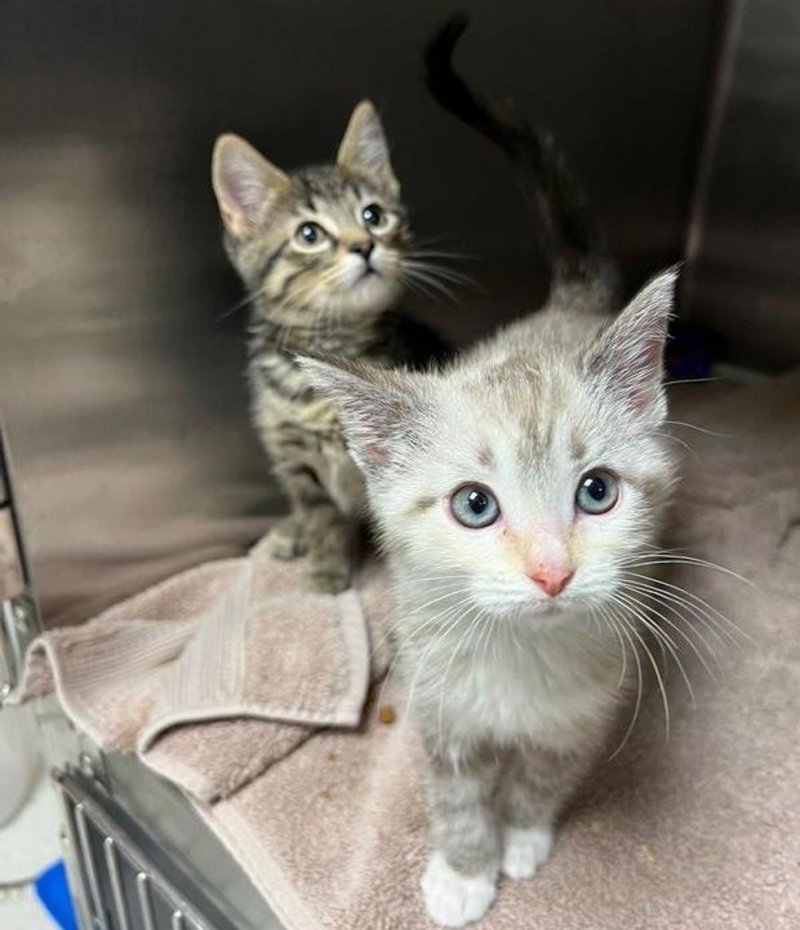 It was the best gift for Christmas! Now the babies are growing up surrounded by loving people, and they themselves are happy to bring happiness to their owner, who simply adores them. 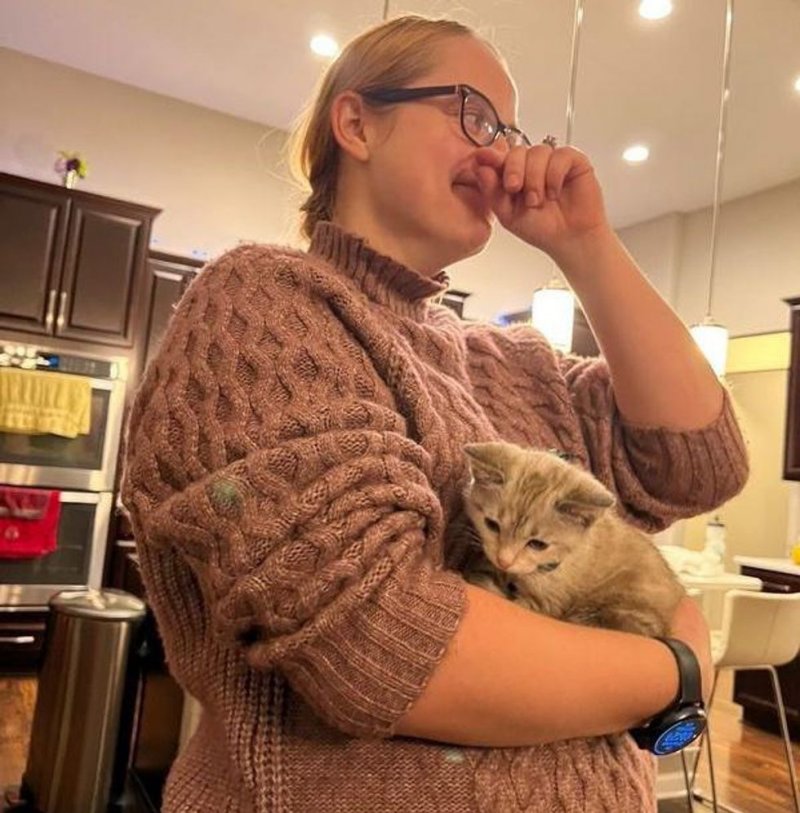 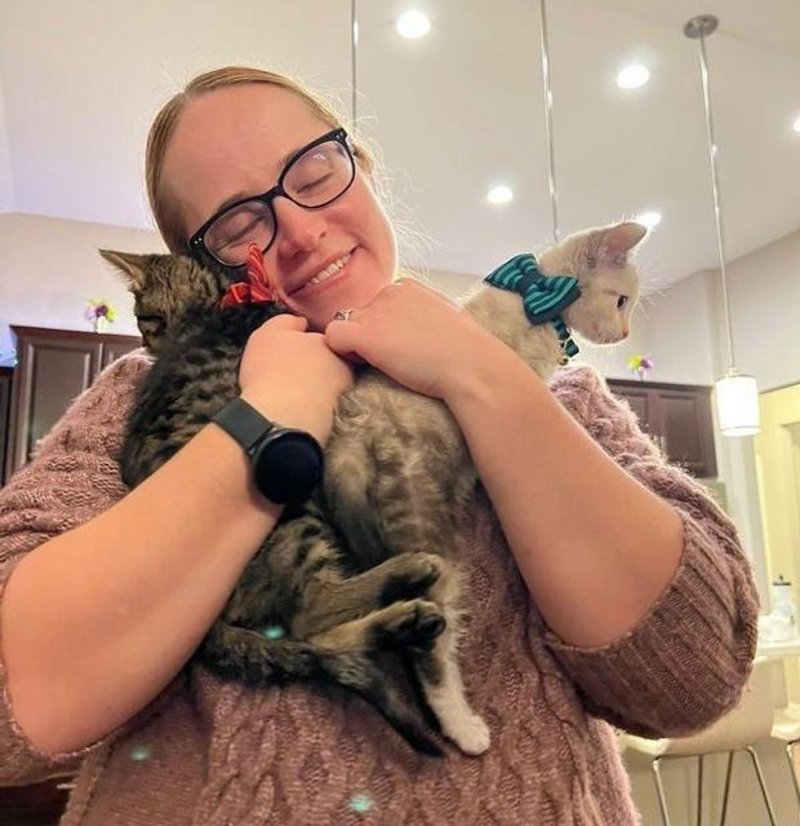 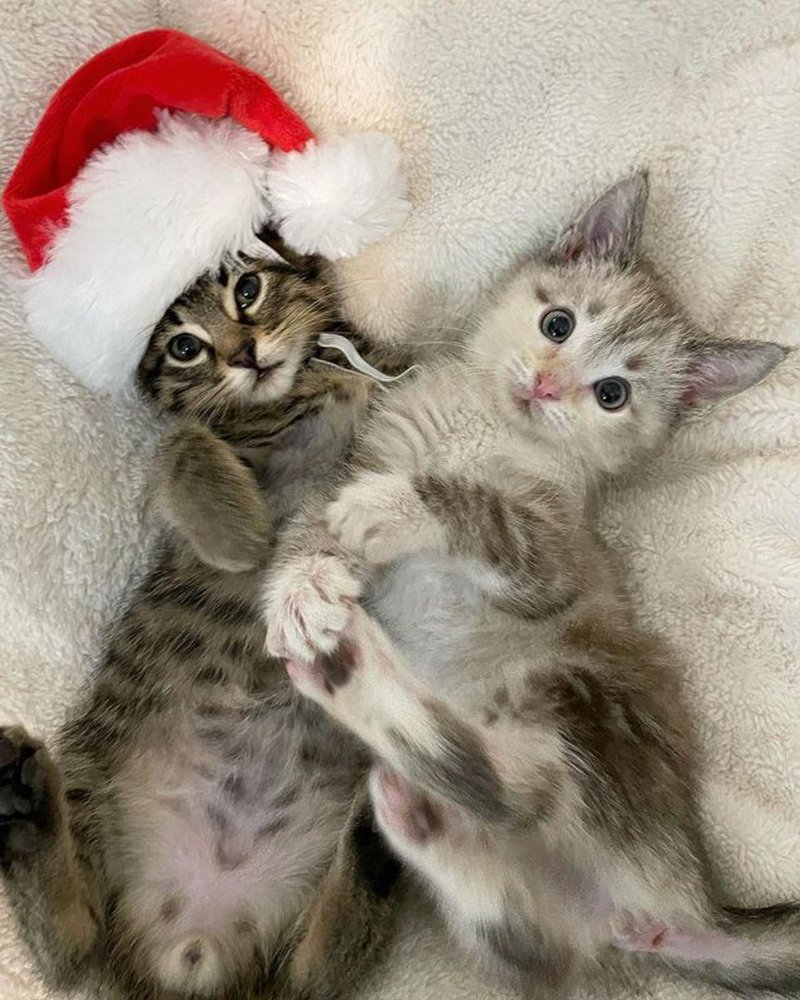 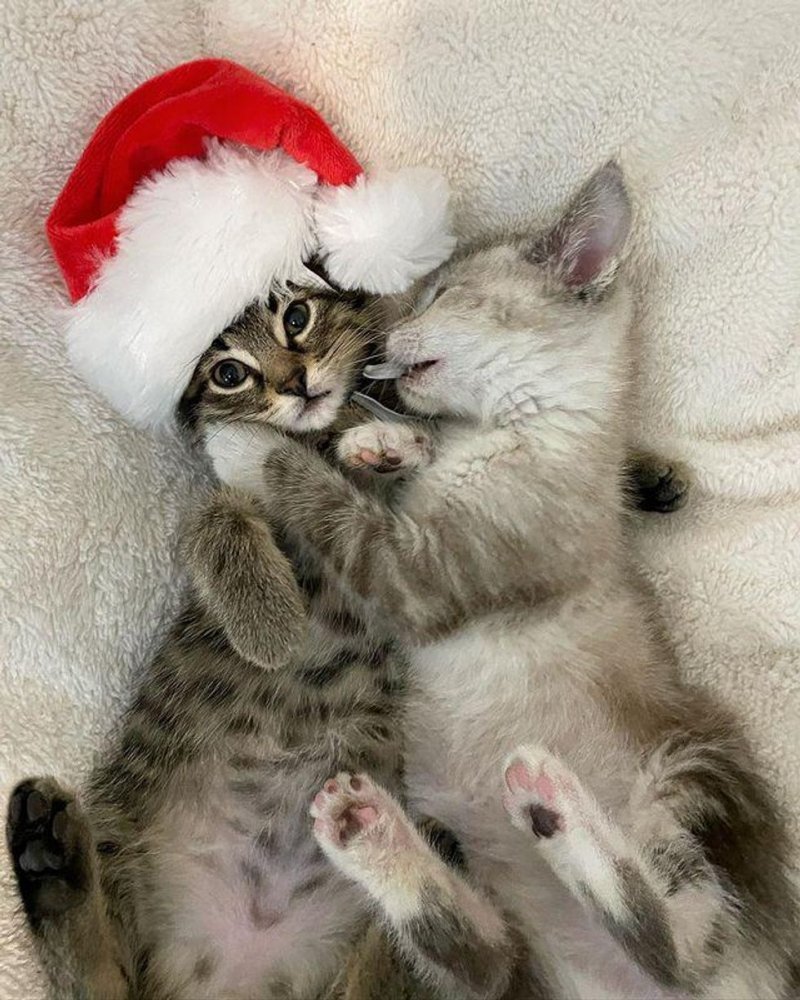