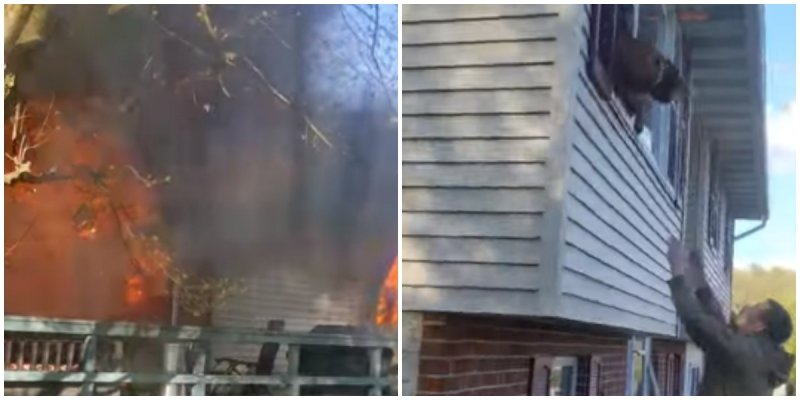 The Staments family’s house caught fire and Charlie the dog was left inside. It was difficult for him to trust people and jump from the second floor, but he did it! 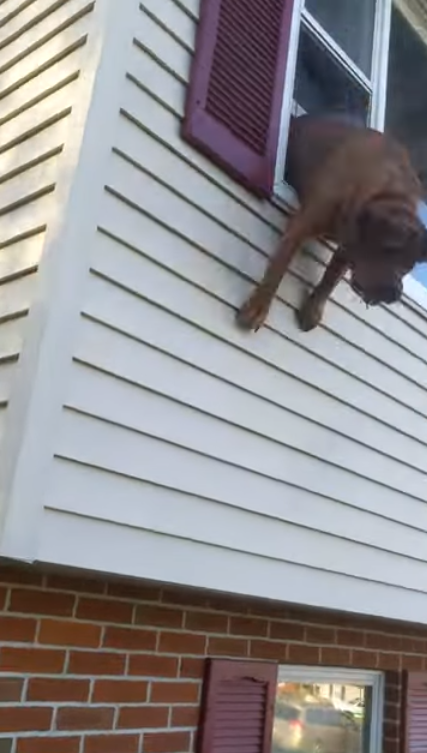 When the house caught fire, the whole family managed to run out into the street. A dog named Charlie was sleeping on the second floor and did not have time to run out. The owners began to call him, and the pet stuck his head out of the window. It was difficult for the dog to jump from the second floor, but he trusted his people. Luckily, the dog didn’t get hurt. He burned his back a little, but nothing bad happened. 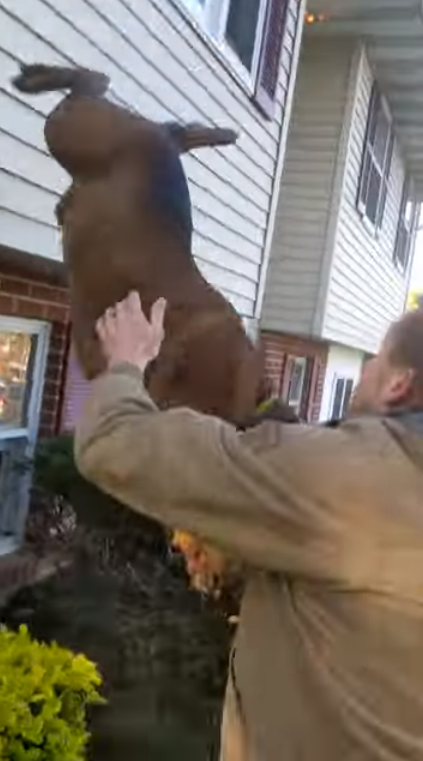 The clip appeared on the network and users have come to the delight of a heartbreaking case where a doggie jumped right into the hands of his owners!