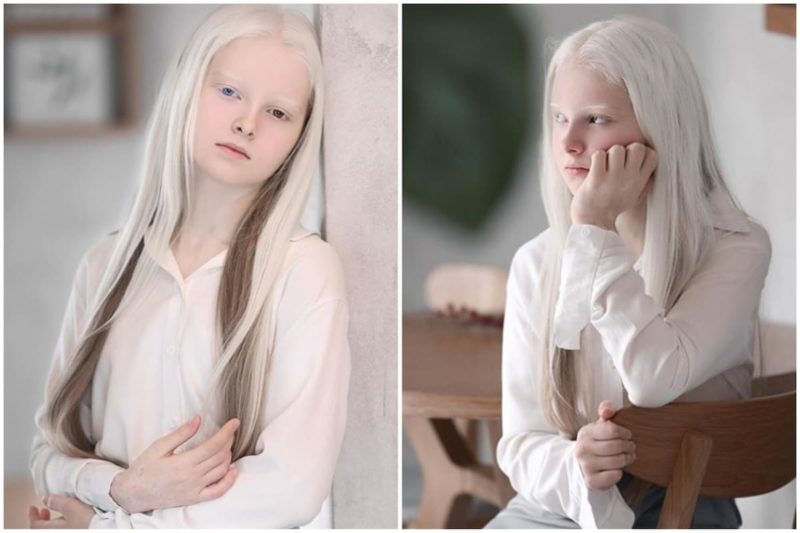 Looking at this snow-white blonde, it’s simply impossible to believe that this is not a photoshopped image. In just a few months, the unique appearance of 11-year-old Amina made her popular not only in her homeland but all over the world. 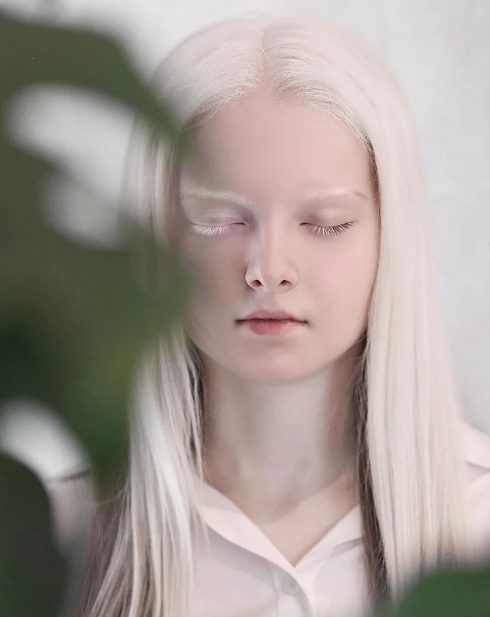 The baby’s beauty was revealed by a photographer who shared several photos on social media. The pictures created a furor: on average the photos got 1,500 likes, but Amina’s pictures were liked by more than 10,000 people, Oddity Central writes. 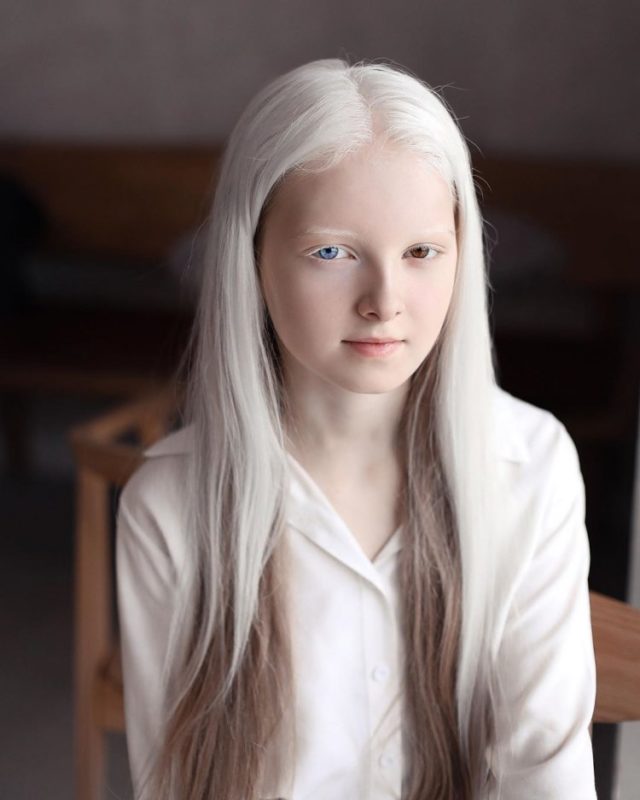 Many suspected the photographer of retouching and deception, but people who knew the girl personally assured those who doubted that Amina was exactly like this in life, and maybe even prettier. Instagram users were upset that the little girl doesn’t do social media, although with her looks that’ simply a necessity. 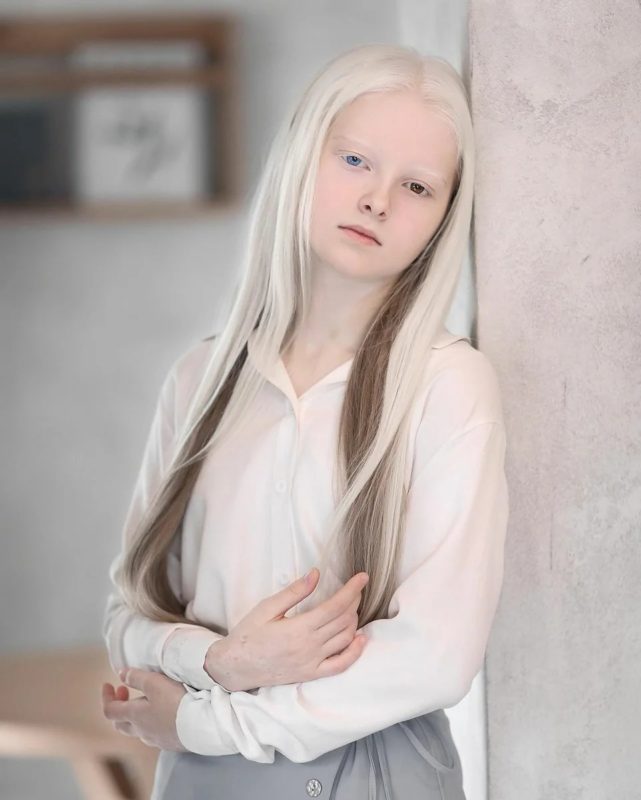 Albino models are not as rare as they may seem, but Amina’s peculiarity is different. The girl’s appearance combines two phenomena, the combination of which is already striking – albinism and heterochromia. 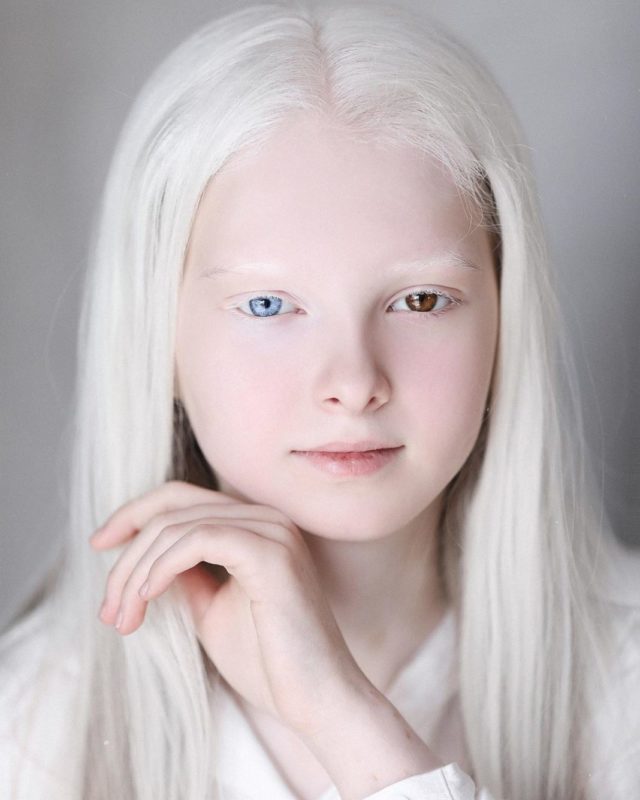 The girl is now doing well in secondary school. She gets straight A’s. She has many friends – children and teachers have long become accustomed to the beautiful neighbour’s unusual appearance. To the blonde-haired Amina, admiring admirers often even prophesy a career as a supermodel. But the modest girl flatly refuses to do so. She doesn’t even want to do new photo shoots. She has no social media accounts. She says she dreams of becoming a teacher or a doctor.