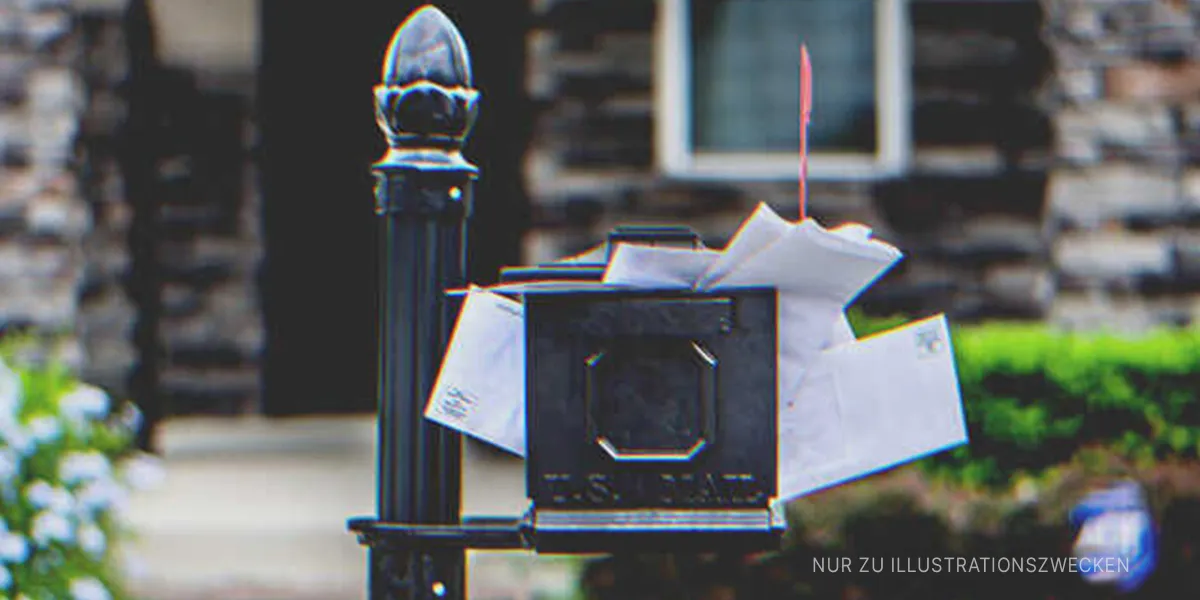 Charlie found it exhausting to read his mother’s constant letters every day, so he began to ignore them. Six months later he finally decided to open them when he discovered something that shook him to his core.

“Finally some peace,” Charlie thought. He settled comfortably on the new couch in his huge new mansion, watching the curtains flutter softly in the warm afternoon breeze.
He still had a lot of work to do, but he already felt fine.

The other houses on the block looked expensive enough – green lawns, manicured bushes in front of the houses – and there was a peaceful silence everywhere, except for the occasional luxury car that drove by.
When Charlie was finally asleep, the doorbell rang, making him shudder. It was the mailman.
“Not again,” Charlie muttered, leaning back on the couch and frowning as he opened the seventh letter he’d received in seven days. 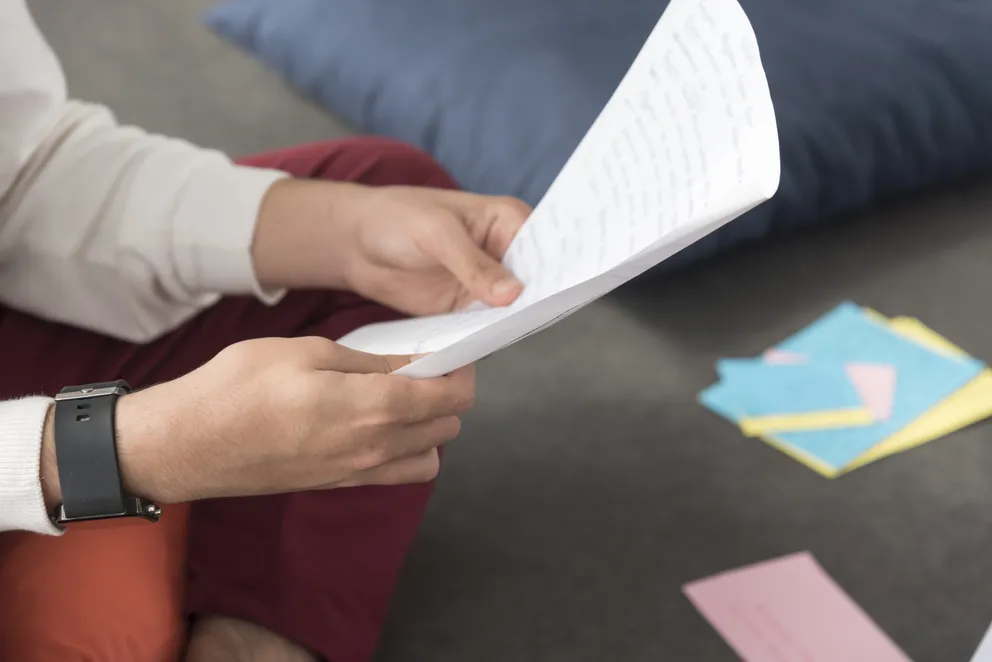 “Dear Charlie,
How are you, my son?
Did you get my letters? I’m worried because I haven’t heard from you ….
I miss you. I’ve seen you in my dreams – again.
What’s the weather like today? Was it raining last night? Here it rained like a bucket. That stray cat came by again, and I gave her some warm milk.
Are you eating well, son? Yesterday I made your favorite dish, chicken parmesan. This time I tried to add something special. Instead of adding grated cheese, I …”

Charlie almost fell asleep from boredom while reading the letter.
“Why does she have to write me every… God’s … day?” – Charlie thought, rolling his eyes. “I mean, I understand; she’s bored and she misses me. But I don’t have time to read the same thing every day about the weather and the cat and recipes.”
Charlie hadn’t responded to any of the letters he’d received in the week since he’d left the town where his mother lived.

He preferred calling her or, better yet, sending her e-mails. “Well, that’s an effective method of communication,” the young and successful lawyer thought.
But the truth was that he had absolutely no memory of calling or texting his mother. 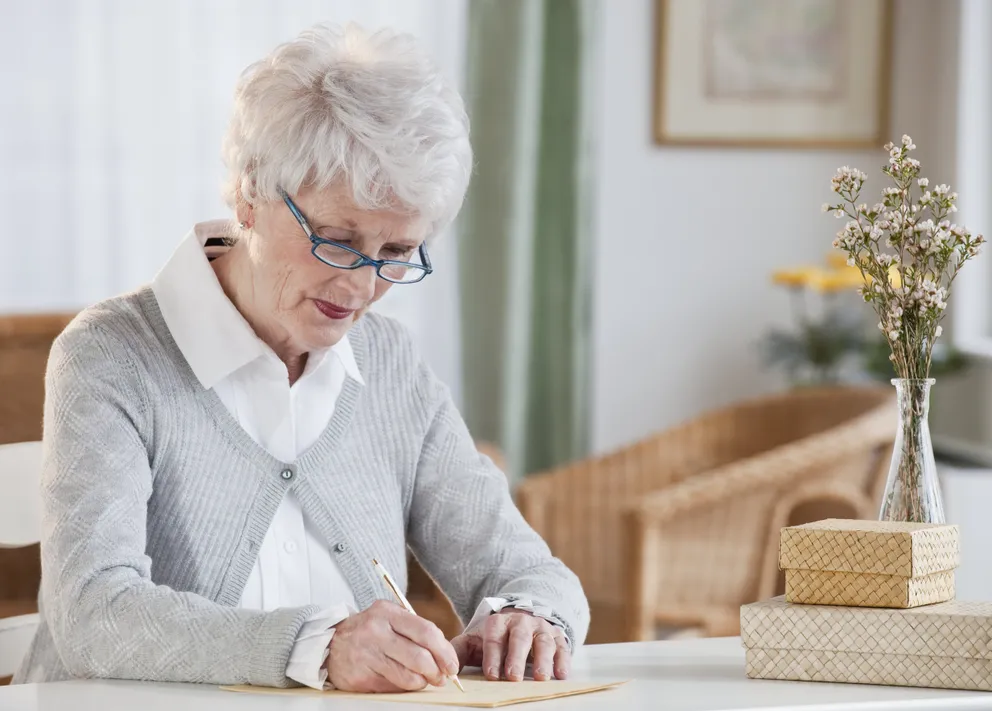 Charlie ran his eyes over the three-page letter, written in his mother’s neat handwriting, and yawned. “That’s it,” he said, tossing the pages on the table and sinking back into his thoughts. “I’m tired of reading these long ramblings. The last thing I need is more paperwork!”
The next day, Charlie asked the mailman not to ring the doorbell when he brought a letter from his mother. The boy would just slip it under the door and leave.

Days turned into weeks and weeks into months. Six months had passed since Charlie’s new career began, and things were going fantastically well. His beautiful home became a place where co-workers spent nights together, discussing business, celebrating victories, or occasionally spending the evening with a particularly beautiful paralegal from his office.
“What’s this?” – she asked one such evening as Charlie was sorting through old files. She pointed to a box next to the door, overflowing with envelopes.

“Every day, rain or shine, the letter carrier would bring an envelope from her. My mailbox was overflowing, and I had to pull them out from there periodically. Can you imagine?” – Charlie asked with a smile.
“Oh, that’s so adorable! She sounds like a wonderful woman!” – said the young woman, touching Charlie’s cheek.
“Yes…” said Charlie, wiping a layer of dust off the stack of letters and feeling a prick of guilt in his heart. “Yeah, she’s awesome!” 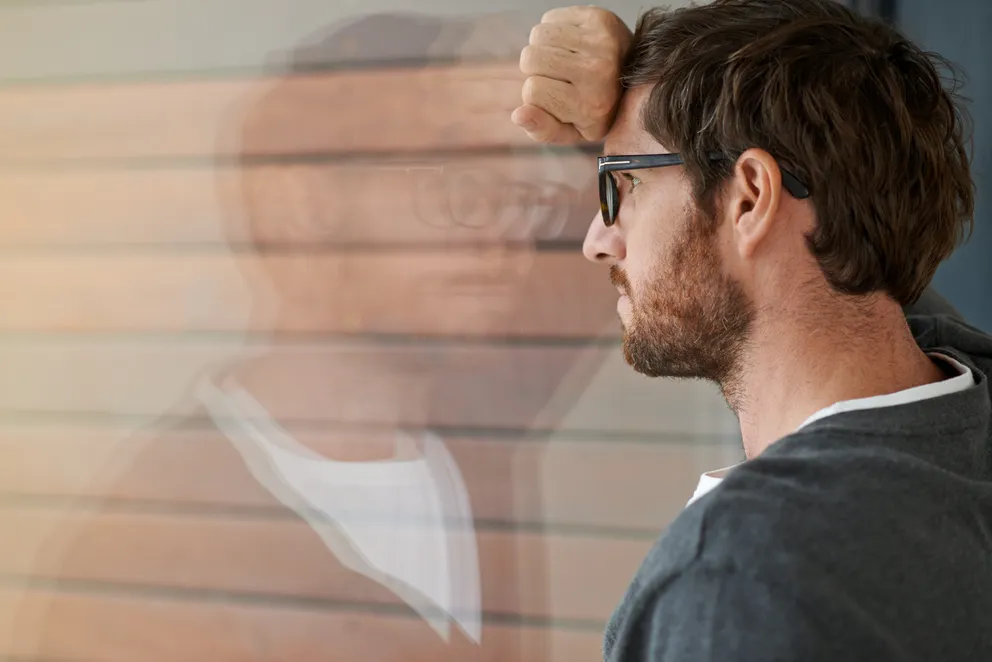 Charlie was so busy with his life that he forgot about the letters his mother kept sending him. He wanted to call her a couple of times a few months ago, but he knew she wouldn’t answer. ” With my hands shaking like that, I can’t handle these tiny buttons,” she said when Charlie tried to teach her how to use the cell phone.
Anxiety has haunted the man for the past few days.
“When was the last time I got one of her letters?” – Charlie pondered. It was months before he learned the terrible truth.

His girlfriend was out of town, and Charlie had to prepare for an important meeting the next day. But that night he couldn’t take his eyes off the letter box.
“Why haven’t you written to me in a long time, Mother?” – he asked himself, remembering her in his head as he sat and opened letter after letter.

“… Son, I miss you terribly. But I’m so proud of you…”
“How’s the weather?”
“Happy birthday, Charlie, darling! I miss you. I can’t believe how big and successful you’ve become.”
“… One day your daddy and I went to the movies, and I fell in love with the main character Charlie. That’s how you got your name! Now look at you, much prettier than an actor…”.

Charlie chuckled and wished he had read the letters sooner. They contained so many funny stories from his childhood, but when he reviewed the later letters, they became more serious.

“… Charlie, the doctors say it’s really bad. They want me to go to therapy, but I’m not sure ….. what do you think, son?”
“… The treatment hasn’t helped. I’m lying alone in this hospital, and the pain is just unbearable…”.

“… I’ve had a lot of time to think, and I want you to know that I miss you, but I love you immensely. It’s not your fault you’re not here. It’s not your fault you weren’t here yesterday on my birthday. None of this is up to you, my child. Do you hear me? You are a hardworking, gentle, intelligent and kind young man. That’s the way I raised you.”

“Don’t let anyone pull you down. I think this will be my last letter to you, Charlie. I love you, my darling. I am tired. I think I shall rest now….”

Charlie’s heart was beating painfully in his chest, and he could feel his breath catching. He had one last letter to read. And Charlie’s hands trembled, because he knew it was no good, because it was from a lawyer.

“… Passed away in the ICU yesterday at 7:32 p.m…. funeral to be held tomorrow morning…”

It seemed as if all the air had been ripped from Charlie’s lungs. It was as if everything around him had died. It seemed as if the whole world was conspiring against him to teach him a hard lesson.

After all, not only was his loving mother dead, but the funeral was over. It had been a month since Charlie’s sweet, cheerful, lonely mother had died. 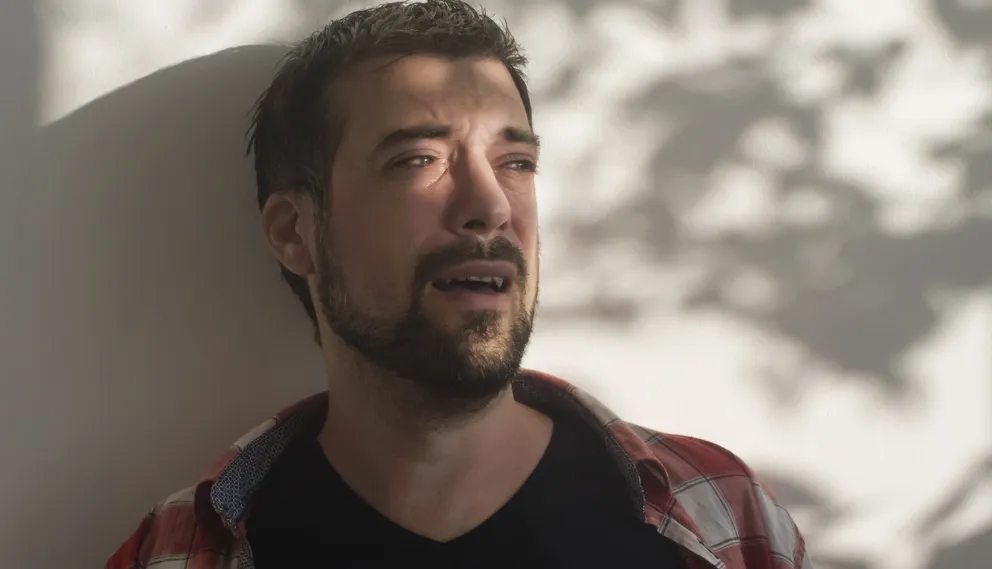 Unable to think of what to do next, Charlie bought a ticket on the nearest plane and flew to his hometown, where his mother lived and died.

When he arrived at the front yard of his parents’ house, Charlie saw that it was covered with branches and dry leaves. There was no one in the house except a mysterious bird that had made a nest in the kitchen sink, and a cat sitting on an old rocking chair that Charlie’s mother had loved.

As he went into each room and watched time stand still, Charlie’s tears wouldn’t stop. If only he had bothered to write her back-just once-she would have had something to hold on to.

Instead, the mother who cared so much for him died alone, unaware of how much her son loved her. Charlie went on with his life, unaware that he had lost the only family he had left.

When he saw his mother’s old desk, there was a pen, an empty envelope, and a blank piece of paper. “There’s so much she would have wanted to write! She could have said so much more!” thought Charlie and let himself burst into tears.

A few minutes later he noticed a business card on the table. It belonged to the same lawyer whose letter about the funeral he had received.

He went to the lawyer’s office, and the lawyer agreed to take his grieving son to his mother’s grave. 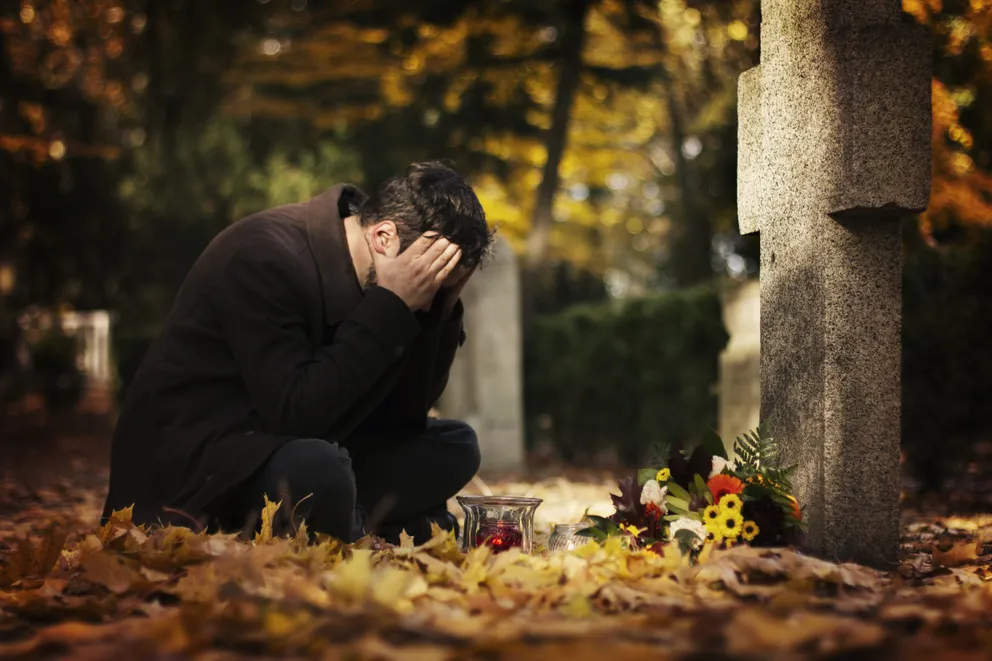 The inscription on the tombstone read: “To our beloved Marianne. A strong believer. A dedicated teacher. A proud mother.”

Even in the place where she rested forever, Marianne was remembered for her love for Charlie.

“I am… I don’t know what to say, Mom. I’m so sorry! I let you go. I’ve lost you. All these letters… thank you for them. I will keep them forever. I could still have all your love and warmth, but all I can hold on to now is a stack of letters that you wrote with such love.”

With tears in his eyes, he kissed the gravestone and returned there every day until he could breathe again without tears.

Charlie returned to his mother’s old house, brought it back to life, and reread his mother’s letters almost every night. He read the same old stories about the weather, the cat, the neighbors, and the bright and dark years of her life-these words soothed his aching heart and he never tired of them.

Over the years Charlie wrote many letters to his mother and read them aloud on her grave. But until his death, he regretted that he had not written his mother a letter back while she could still read it. 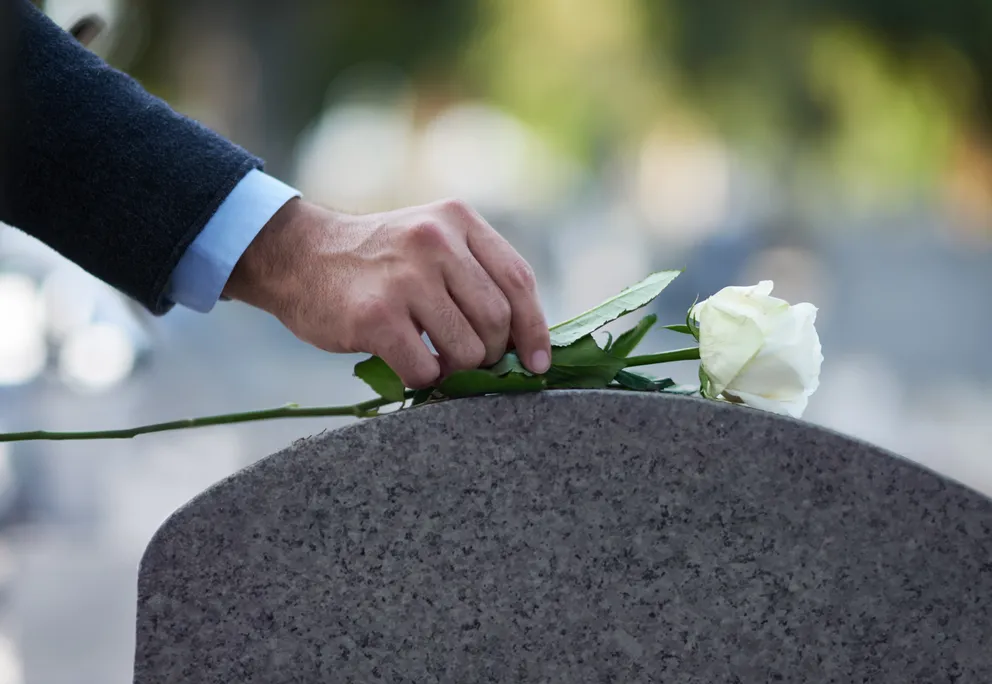