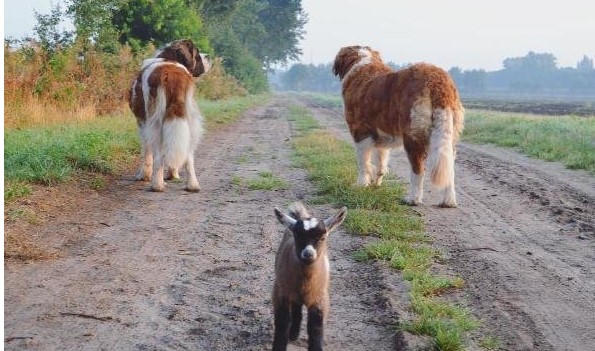 We have witnessed so many acts of kindness and unbelievable friendships between animals of different species. And when it comes to caring for those in need, nothing compares to the heart of a dog. 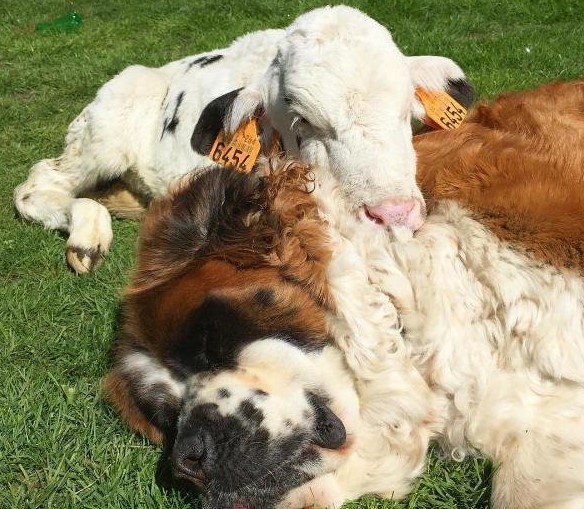 Julie and Basiel are two adorable dogs who live on a farm in Belgium. And despite their large stature, they are just gentle giants. 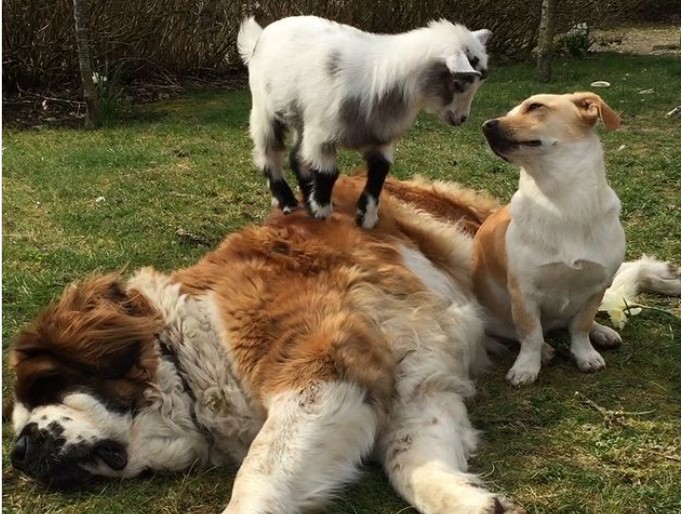 In fact, since their arrival, the two Saint Bernards act as overprotective parents and take care of all the animals on the farm. Chickens, cows, donkeys and even cats all find comfort in Julie and Basiel.

However, despite their kindness to everyone, the giant dogs have formed a very special relationship with the farm’s most feisty inhabitant, Hans – a baby goat. Ever since the little goat was brought in, the guard dogs stepped in and took on the parenting role.

“He learns a lot from the dogs,” Isolde, the trio’s mother, told the owner of the farm. 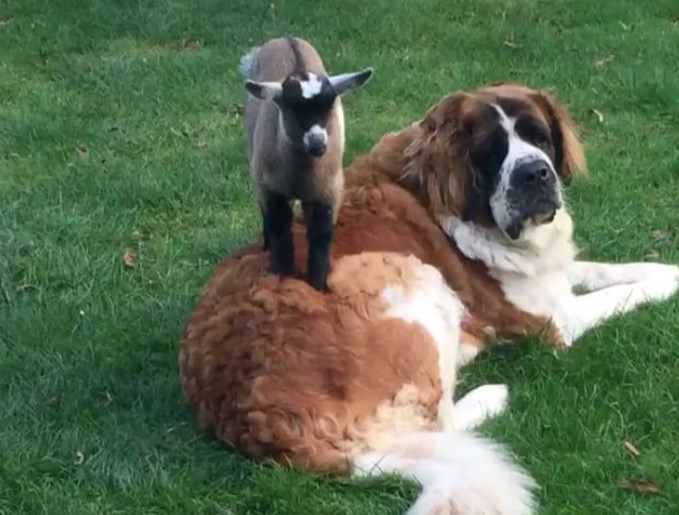 “He loves sunbathing with the dogs, he loves walking with me and the dogs, but he especially loves napping with the dogs. It is so wonderful to see how animals of different species live peacefully together, taking care of each other. It may be time for us to learn something from them!”, says Isolde.