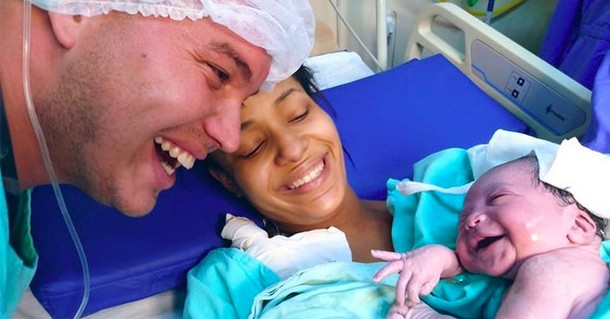 Flavio Dantas from Rio de Janeiro was thrilled to be a father. Before his daughter was born, he talked to her every day. The young father had no idea his efforts would be rewarded.

On 11 August 2019, Brazilian couple Flavio and his wife Tarsila Rosa Cordeiro Batista had a daughter. The girl was named Antonella.

After Antonella was born, the hospital staff laid the sleeping baby girl on her mother’s breast. When the father started talking to his newborn daughter, she opened her eyes and smiled at him. “I can’t tell you the feelings I experienced at that moment. Every day I talked to my daughter when she was in her mother’s belly. I always told her I loved her, that daddy was here, and that I would be the best daddy ever! When she was born, how did she repay me? With an adorable smile,” Flavio shared. 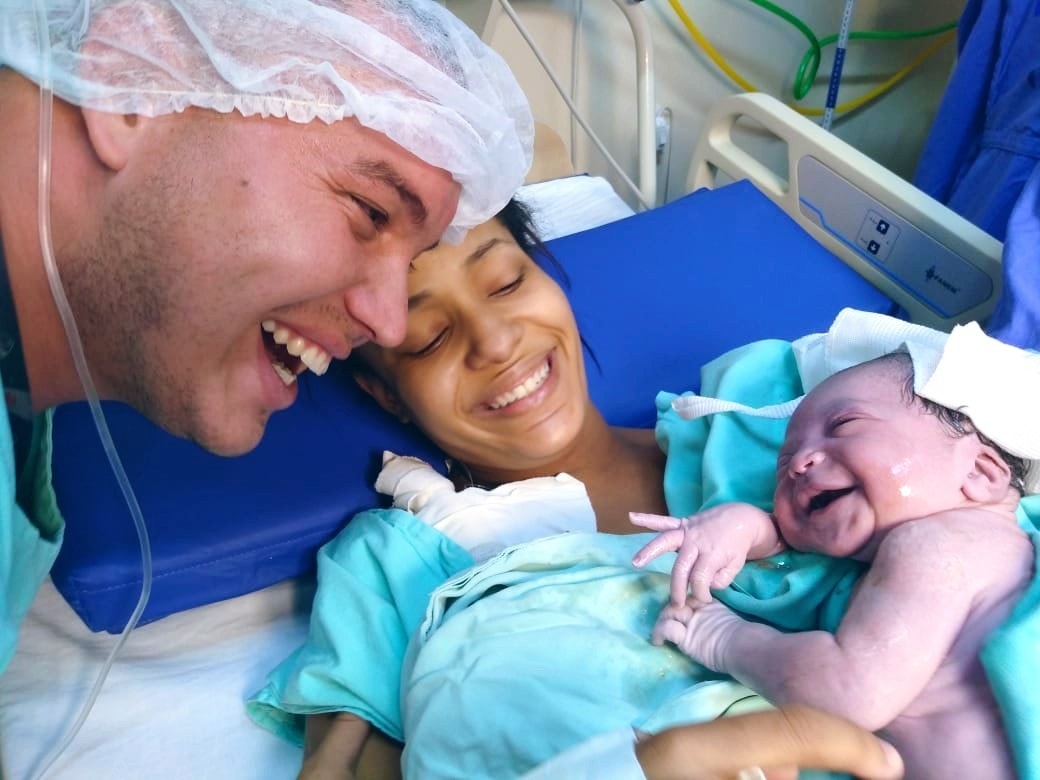 “My husband always said he loved her very much. He greeted the baby in the morning before he left for work and when he came home. He would tell her he would always be there for her and stroke my belly… Amazingly, every day she would start moving at the same time,” said the girl’s mother.

Before she was born, Antonella had plenty of time to get used to her father’s voice. Babies can pick up sounds as early as 16 weeks after conception, and by 26 weeks they respond to sounds from the outside world and are usually soothed by hearing their parents’ voices.

In addition to giving her father a radiant smile, the daughter was born on Father’s Day in Brazil.