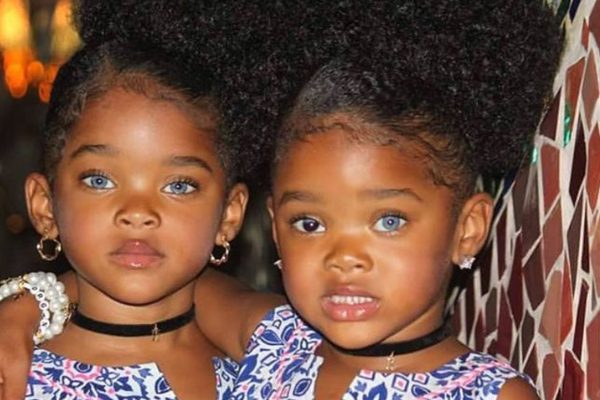 Young Philadelphia residents Megan and Morgan Boyd have charmed the planet with their appearance.

The girls attracted attention not only as “most beautiful” but also as “charming”, “unusual”, “fantastic”.

These epithets are most commonly used in comments on images of girls by Internet users.

However, all of this is true!

One look at Megan and Morgan’s image is enough to know that the girls are have an unconventional look.

They are African-American girls with blue eyes.

Stephanie, Megan and Morgan’s mom, recalls: when her daughters were born on the 6th in June 2011, she realized that they had unusual eyes.

She started sharing images of the girls frequently on the Internet. 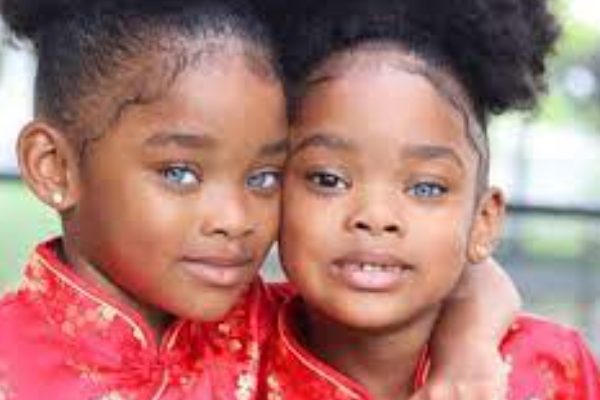 So they’ve been stars almost from their earliest days. If Megan’s eyes are crystal blue, Morgan’s are different: one blue, the other brown.

This characteristic is called heterochromia.

A rather rare phenomenon that affects less than 1% of the population.

Note that different iris colours in the right and left eyes (or different colours in different areas of the iris) are the result of an excess or relative lack of melanin. 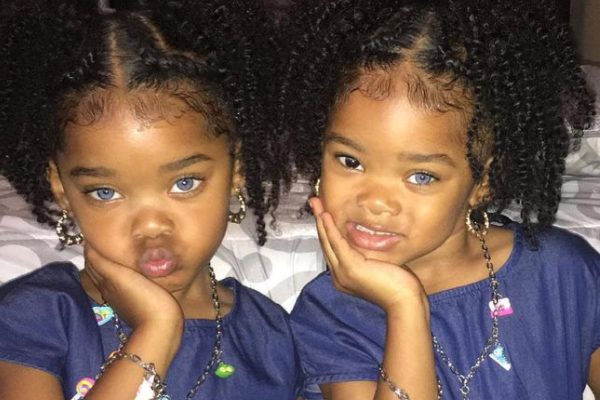 The girls’ mother notes that they enjoy being the centre of attention and taking part in filming.

They think it’s fun. Young stars delicately warn that fame can have a negative impact on a person’s life.

And to prevent this from happening, the young beauties’ father teaches them not to react to the negativity and to ignore it.

“97 out of 100 people treat you with kindness, so focusing on the good, not the bad, allows you to lead a peaceful and happy life,” says the father.