One day, Sarah Ryan and her parents noticed the cutest scene that had ever happened to them, right outside their house.

A charming little fox was dozing peacefully on a stump, and they were offered a front row view.

This was definitely the highlight of their day as they were stuck indoors all day, in isolation at their home in Canada. 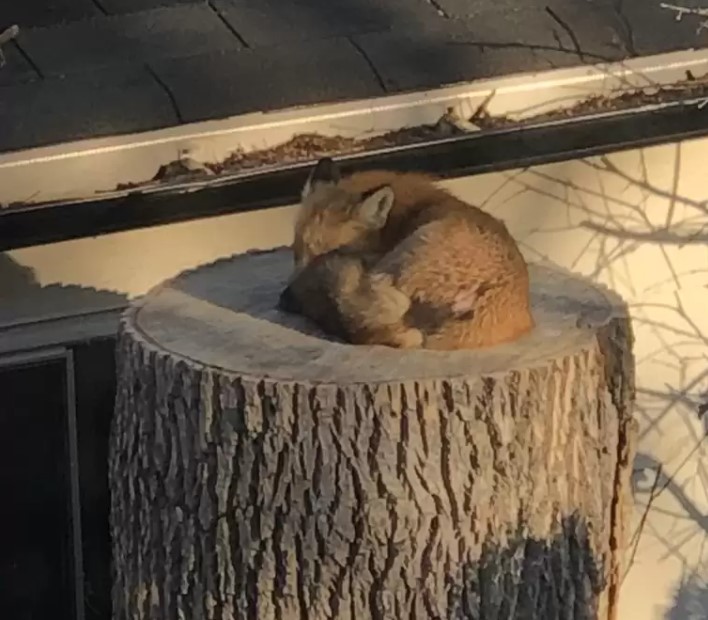 In an interview with The Dodo, Sara said: “My dad was very excited! They keep social distancing and don’t have pets so I think they were thrilled to have something extraordinary in their garden!

When his father came out, apparently “the fox looked up and fell asleep again”. 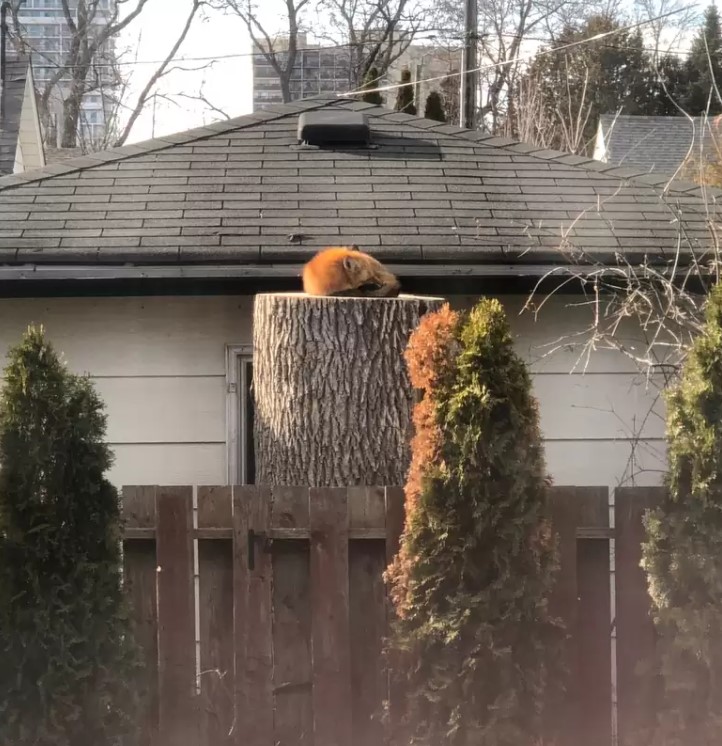 The sweet creature must have felt safe in his stump he called home during those few exciting days.

“There is a garage behind it, so it only goes out into my parents’ garden. I think it’s a warm and safe place to take a nap!” 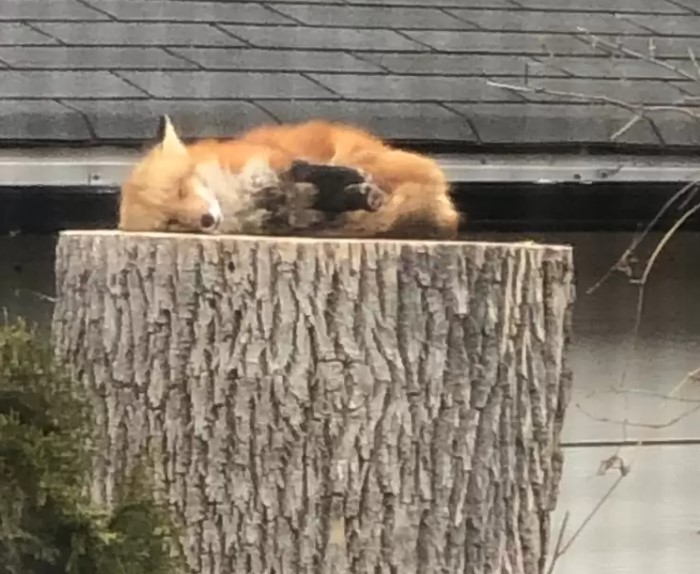 The fox found this place to sleep, Sarah’s father often noticed that he left several hours before returning to rest. 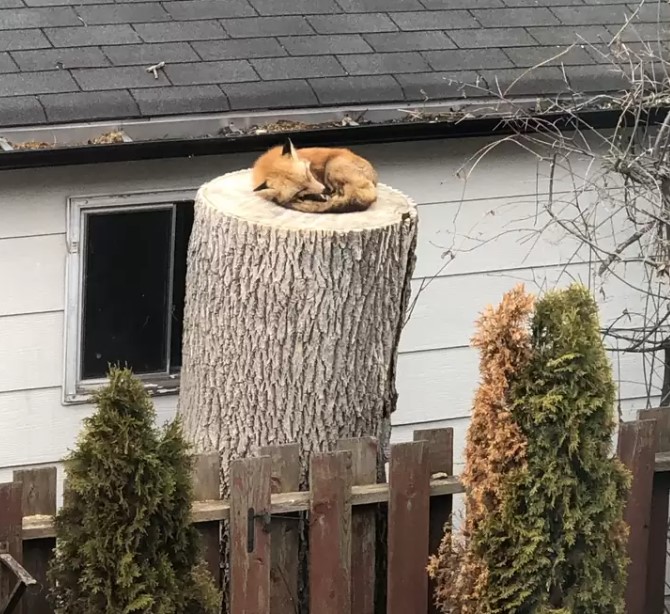 Since foxes are nocturnal, he slept most of the day and hunted in the darkness of the night.