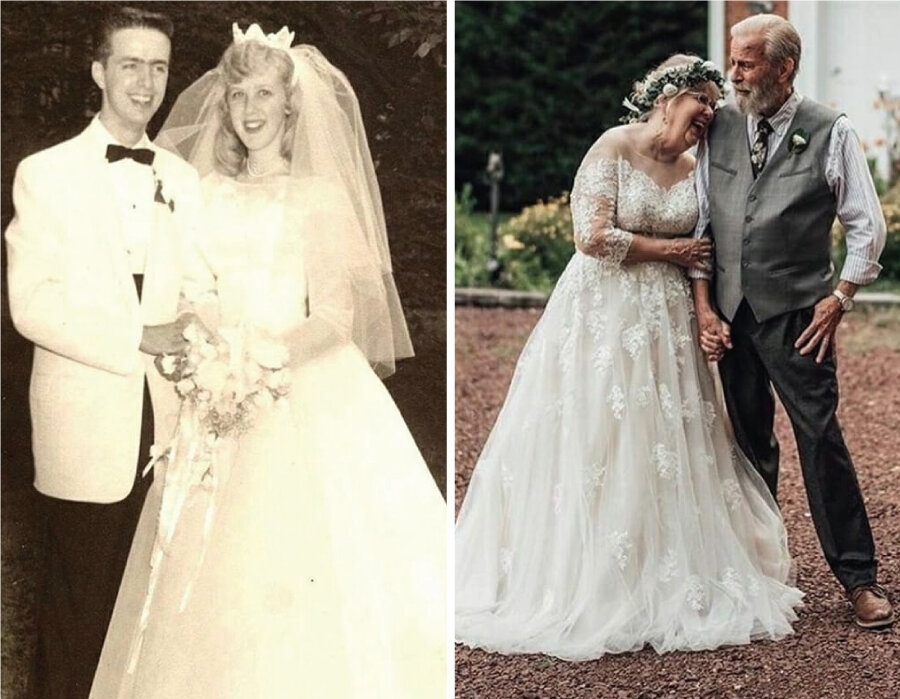 What a pleasure it is to watch couples who have been together for decades. Their feelings can be seen without demonstration, they radiate such peace and happiness that one involuntarily wants to approach and embrace them.

Today we have gathered pictures of couples who got married many years ago and have been together all their lives. Let’s see what they were like 50, 60, 70 and even 80 years ago.

The Fishers of America have been together for 86 years, imagine that! Is that really possible?! This is the oldest couple in our selection today. 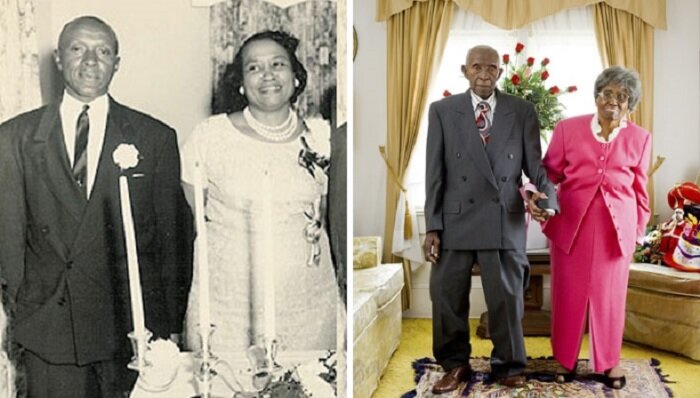 The grandchildren suggested that the grandparents replay their wedding photo, now 60 years old, of the bride feeding the groom a cake. I think it turned out to be kind and a lot of fun. 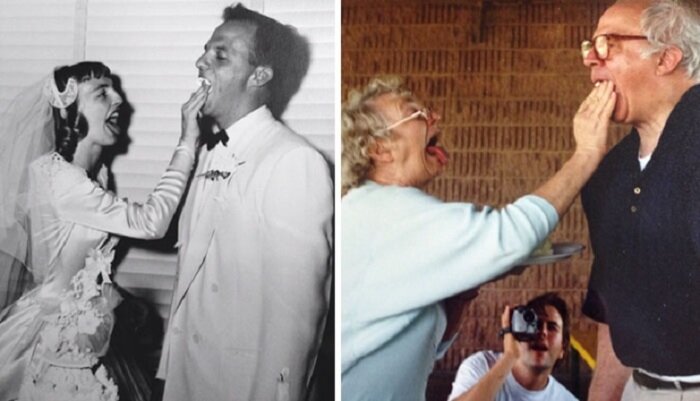 And this couple decided to recreate a wedding photo for their seventieth anniversary. How great! They took the photo in the same place as on their wedding day. 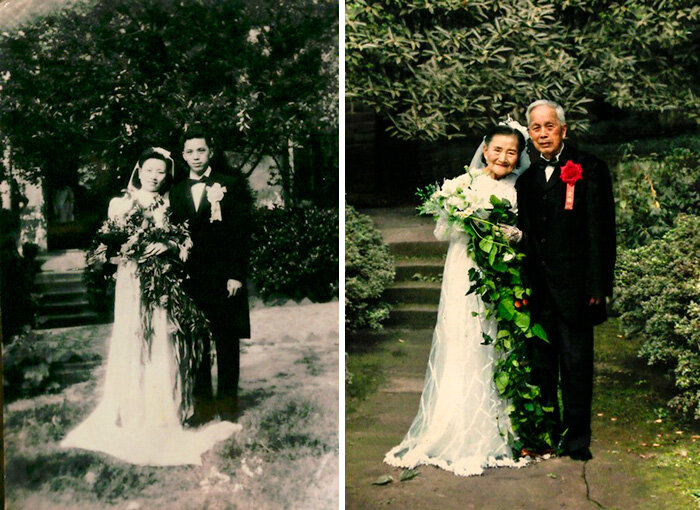 Carole-Anne and Jim Stanfield from the UK celebrated their ‘golden wedding anniversary’ in 2016. They kept their wedding outfits all this time and, years later, wore them again. And the bride was even able to replicate her hair style. 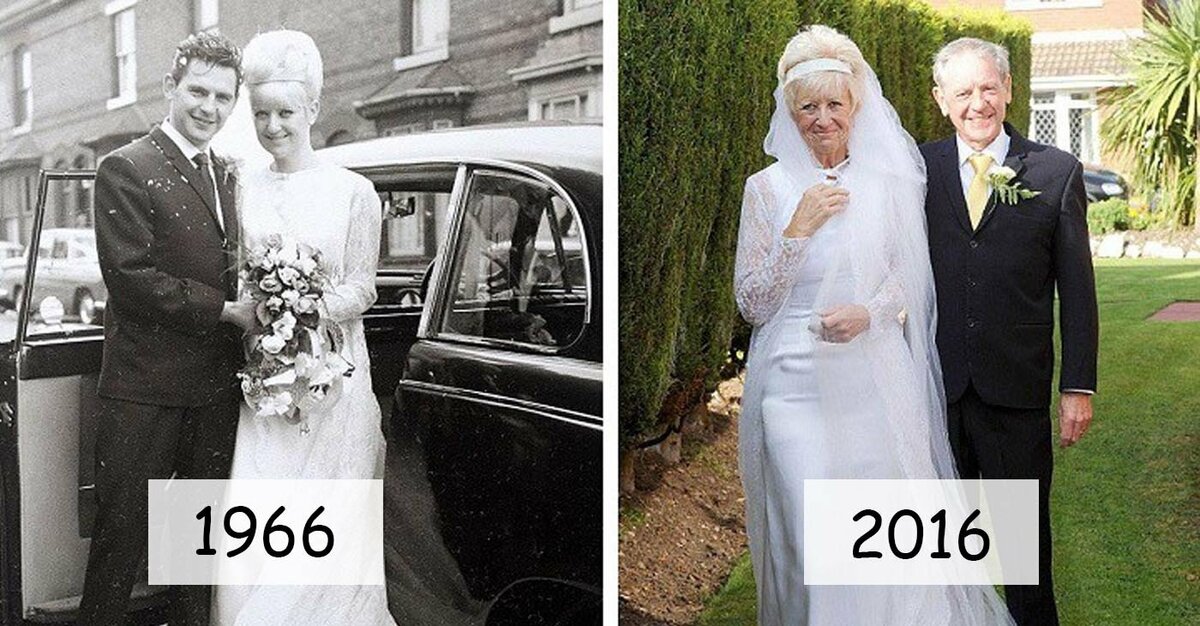 Among the couple’s guests were those who were at their wedding 50 years ago. 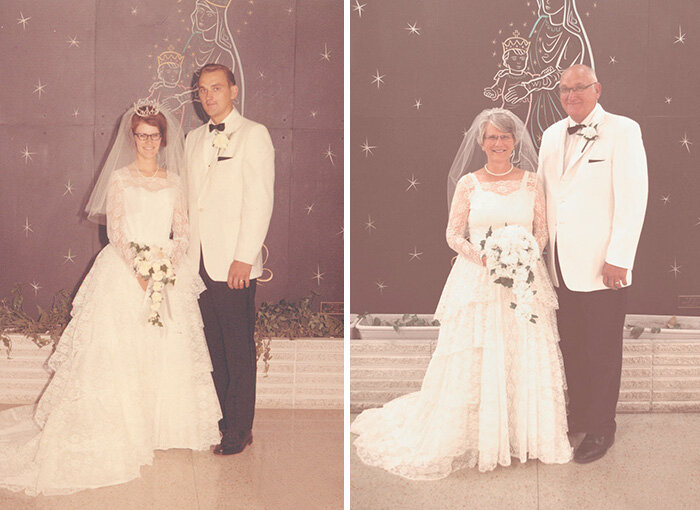 Roz and Ian met in Scotland in 1967. A year later they were married. The couple had three children, but sadly the couple divorced. They remained good friends and each eventually entered into another marriage. And in 2013, the former spouses were out for their son’s wedding, by which time Roz was a widow and Ian had also lost his wife. The couple chatted sweetly and there was a spark between them again… 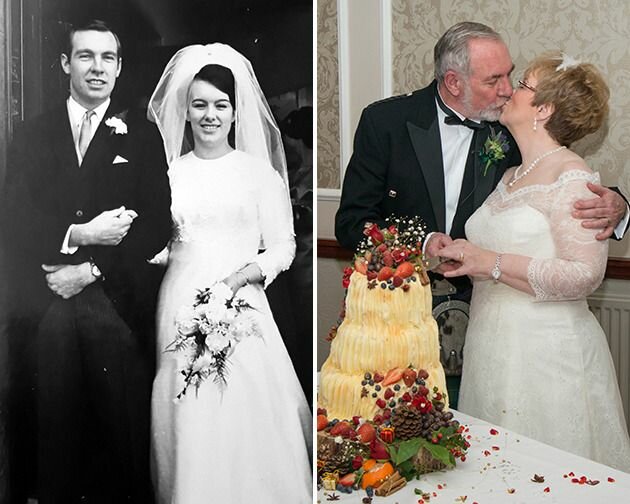 And 23 years after their divorce and 46 years after their first marriage, Roz and Ian were married for the second time. The bride was 66 and the groom 71. Surprisingly, they kept their wedding rings and put them back on each other’s fingers years later. 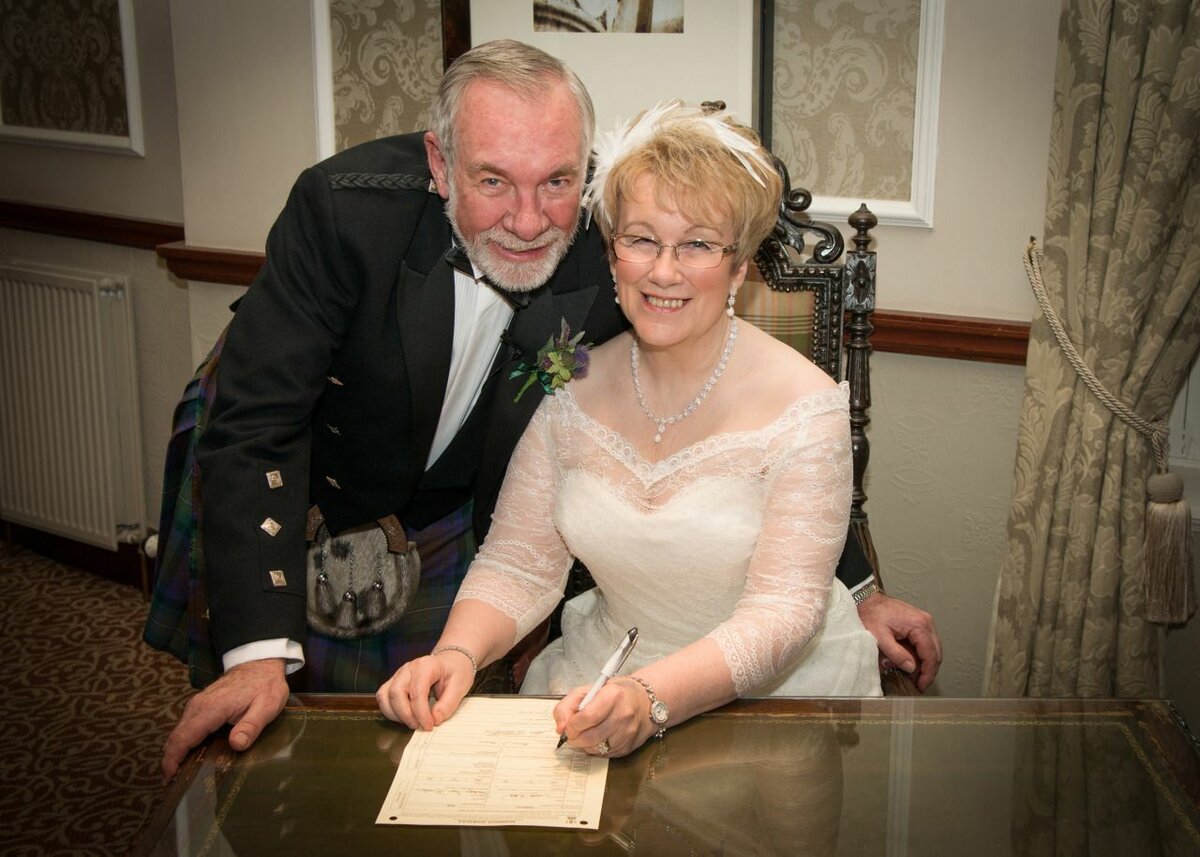 LIFE STORIES 0 40 views
Anthony Gaskin, a courier from the US state of Virginia, has become one of

LIFE STORIES 0 23 views
The baby, who was not even born yet, was able to support his mum

LIFE STORIES 0 73 views
His foster mother put him on a plane alone, handing him a note with

LIFE STORIES 0 3 views
At the age of 28, Heather Jones took the wheel of a truck for

A contestant in a children’s beauty pageant showed a photo without make-up. As if it was a different person
LIFE STORIES 0 159 views

All for the children: an Australian woman has been living on wheels for seven years
LIFE STORIES 0 159 views

All will be well: How a mother received a message from her unborn son
LIFE STORIES 0 159 views