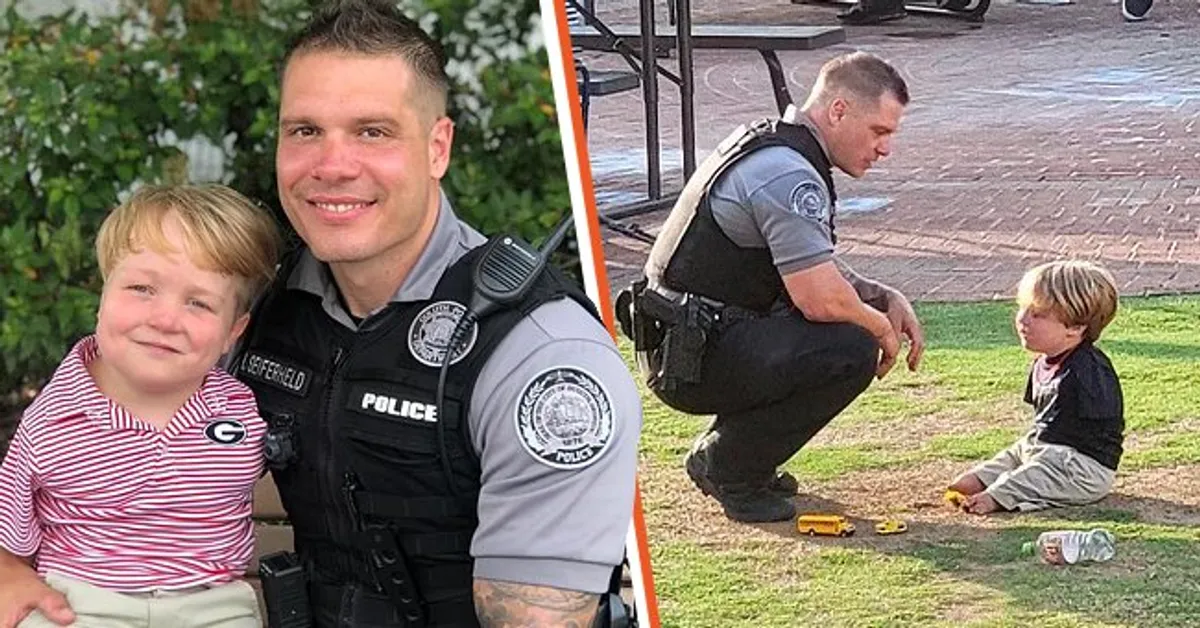 What began as a chance encounter between a young boy and a policeman grew into an unusual partnership and a special friendship, earning praise and melting millions of hearts.

Often we encounter inspiring stories of people who have defied obstacles with their willpower and courage. These touching stories serve as a light when hope seems to be a far-fetched idea.

The story we will share today is the story of a child with big dreams and high self-determination who found a mentor and friend who changed his life for the better.

Harrison Humphries was no ordinary six-year-old boy. Like other children his age, he loved toys and games, but he had other aspirations. Although he was born without hands, he was optimistic about his future.

The little boy was born with no leg bones, no hips, no fibula bones, and no femur bones. When he was born, the doctors told his mother, Tara, that he would never walk, eat, or do anything that children his age do. 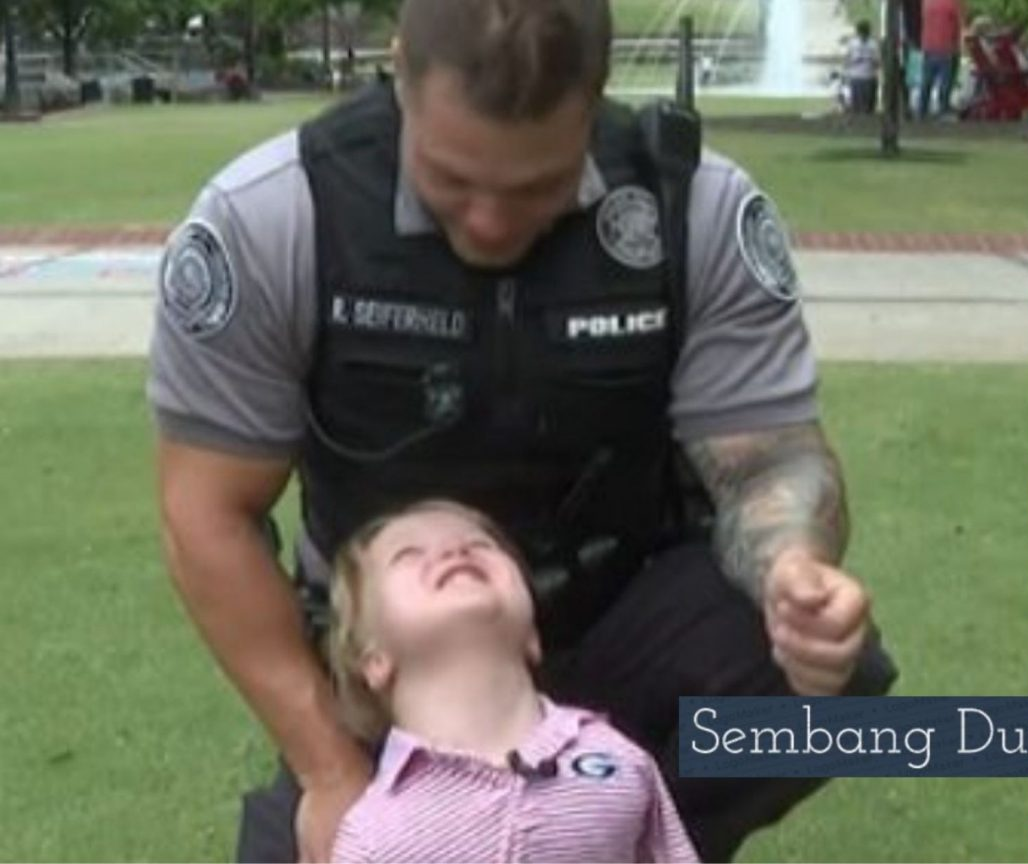 Humphries, however, beat the odds and proved everyone wrong with his resilience. He used his legs to do everything his hands did, including brushing his teeth, combing his hair, picking things up, and getting dressed.

Nothing could stop this little champion, he overcame all obstacles with a warm smile on his face. Everyone, including his mother Tara, was proud of him because he was so energetic and full of light.

One day in 2021, while playing with his toy trucks, Humphries met Officer Rolf Seiferheld of the Duluth Police Department in downtown Duluth, Georgia. The local cop was on patrol and sat down to chat with the little boy.

A touching photo of their sweet encounter was posted on the Duluth Police Department’s Facebook page, which drew love and appreciation from people around the world. 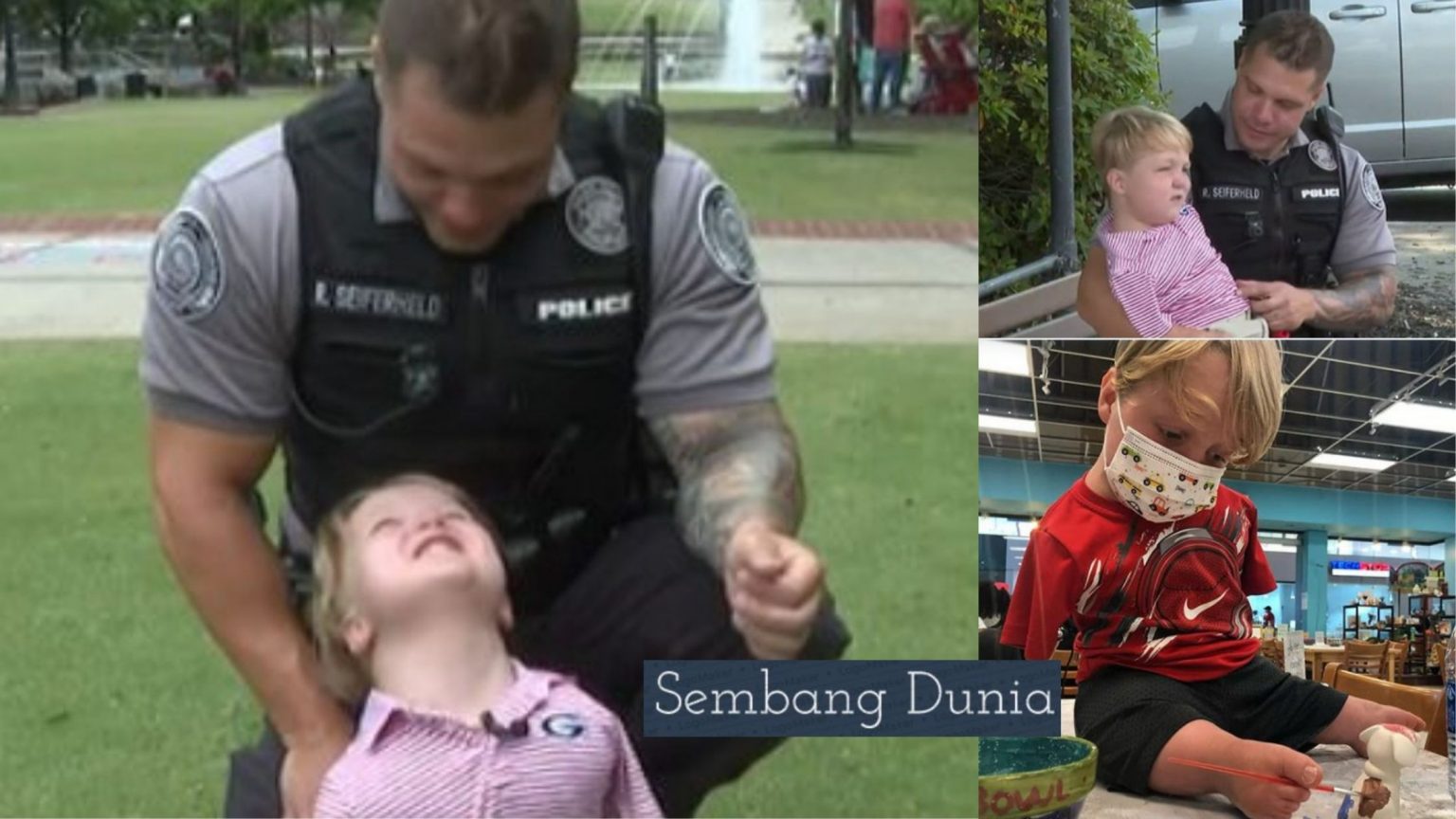 Humphries shared his dream of becoming a detective or police chief with Officer Seiferheld, and they spent some time chatting. Tara noticed how the Duluth police officer was friendly to her son and answered all his questions.

Shortly thereafter, Officer Seiferheld and Humphries began meeting every Friday and developed an unlikely friendship and camaraderie. Both looked forward to seeing each other every week, and the Duluth policeman called the encounter the highlight of his week.

Humphries enjoyed accompanying his mentor on patrol and even sat behind the wheel of Officer Seiferheld’s patrol car. The little boy also helped the policeman keep his tools in good condition.

Officer Seiferheld enjoyed training Humphries as his partner and was touched by his conviction to become an investigator and police officer. Surprisingly, both friends and partners shared the same philosophy of police work.

Humphries wanted to “help people get better,” while Officer Seiferheld wanted to “be kind and treat people the way you want them to treat you. Show them the respect they deserve.”

With Officer Seiferheld as a mentor and partner, Tara hopes her son will grow up to be a model police officer. She especially praises the Duluth police officer for showing respect, kindness, and love to little Humphries.

“I think it’s a relationship that can continue to grow, a partnership, the way a community should be,” Tara said.

We are impressed with the unusual friendship and partnership between Humphries and Agent Seiferheld. Share this wonderful story with your friends and family and show a little love and support for little Humphries.