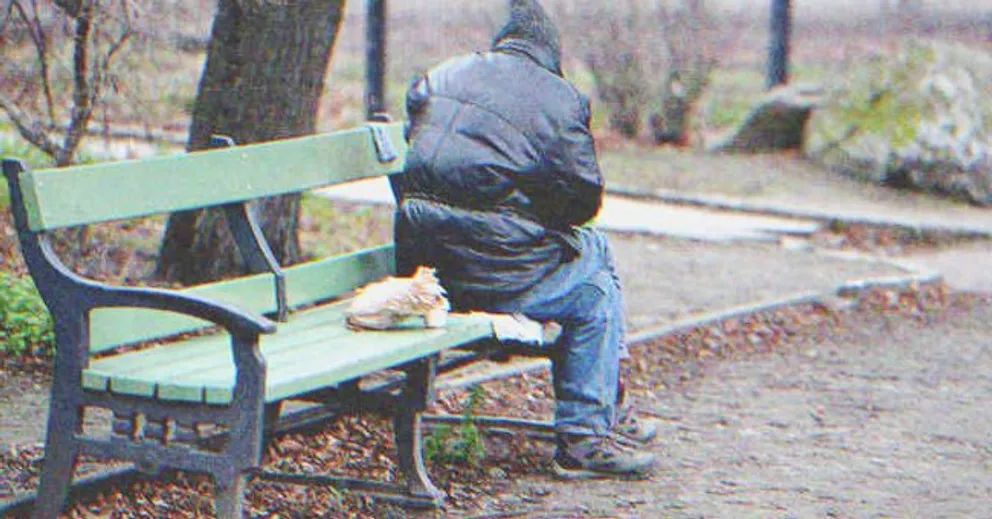 The little boy touched the old veteran with his act of kindness when he found out that the elderly man was walking around the village selling his medals for food.

Tom was only four years old when his parents died in a car accident. After that, his grandmother Donna was bringing up the boy on her own. They lived in a small village on the outskirts of town, where life was much less complicated than in the cities.

One day Tom was sitting at the village market with a basket of potatoes in his hands. It was mid-August, and Donna had planted many potatoes on her small farm at this time of year. Tom was to handle the sales and marketing of the crop. Donna was 90 years old and with her age she could no longer spend much time at the market, so Tom agreed to do it for her. 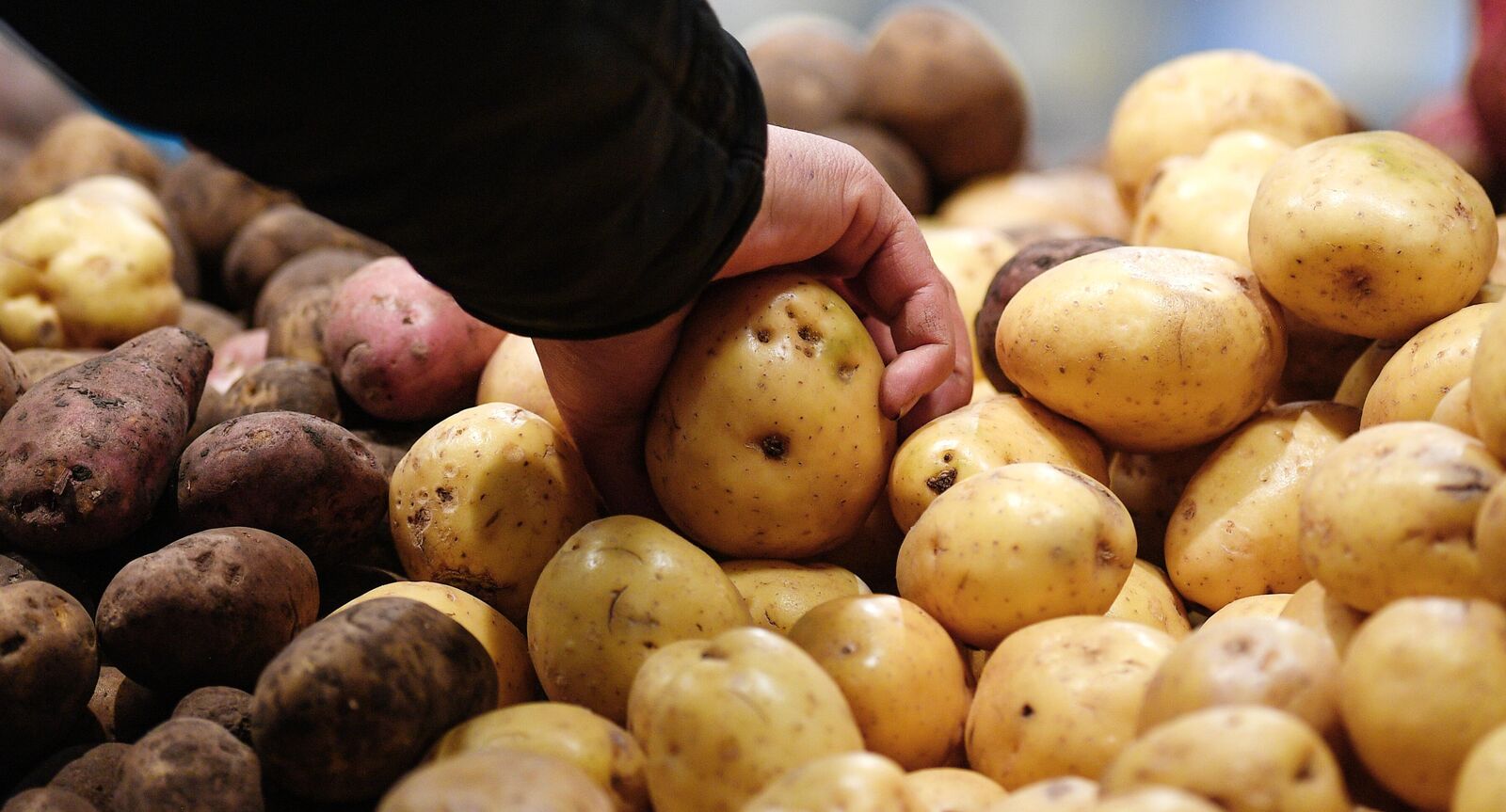 As he sat in the market that day, all kinds of people walked past him, but one in particular interested him. He was not very neat, but he did not look homeless either. His clothes were old but clean and his hair was cut short.

Tom noticed that he often went up to his counter, inspected the potatoes and then left empty-handed. “Why does he come in here and leave without buying a single potato? Is it possible that Granny has set the prices too high this time?”

The young man was always curious. So when an older man came by, Tom would sink into his phone and watch him out of the corner of his eye until he left.

One day Tom noticed the older man walking from one salesman to another, waving a dirty rag. For some reason that day he did not approach Tom’s kiosk, but walked past it. Curious, Tom asked the salesman next door to watch his kiosk for a few minutes and decided to follow the older man.

The man stopped at a dilapidated old wooden cottage near the market and went inside. Tom peeked in through the window and saw the man pulling out some dusty old medals from the old sackcloth. “Wow,” he exclaimed, running inside and taking the medals in his hands, “are these yours? “You have so many!” 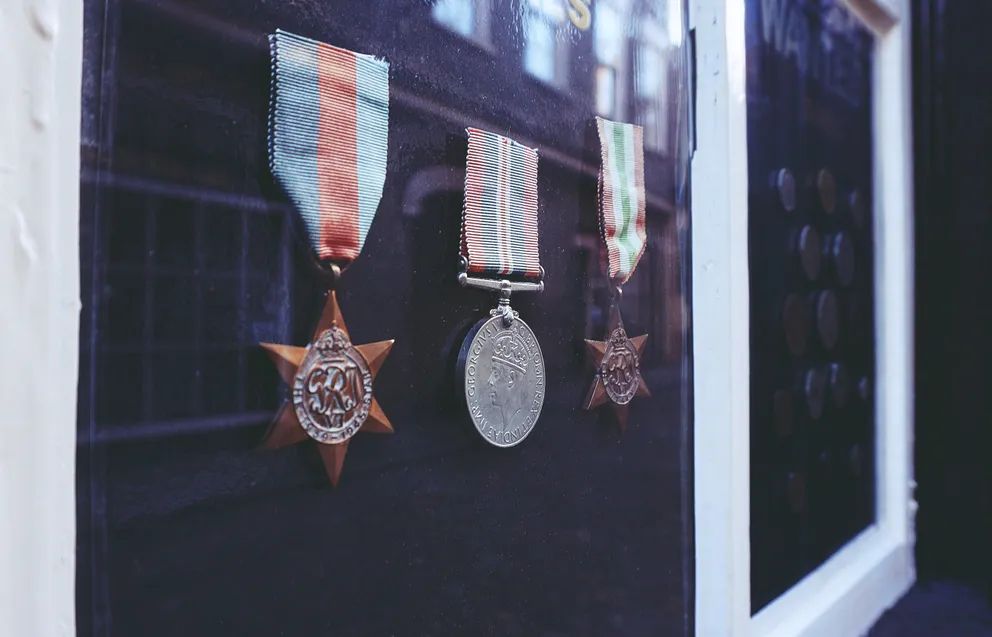 “Of course they’re mine,” the man replied, snatching them from Tom’s hands. “But who gave you permission to touch them? Get out of here!”

“I just came to ask why you didn’t come to my kiosk today. Is it because you think my grandmother raised the prices too much this year?” – Tom asked innocently.

“Look, kid, I’m not interested in buying these potatoes! I need firewood for the winter, so I go around the village looking for someone to buy these medals and give me money for them,” he lied.

Tom ran to his kiosk, quickly picked up a bag of potatoes, and returned to the man’s house. “If you don’t have money, you can’t buy food. Keep it for yourself. You look weak. Grandma’s potatoes are the best.”

“Look, kid, I’m not interested in those potatoes, okay?” He threw a stern look at Tom. “I hate begging. You see these medals?! I fought for them and spilled my blood to have the honor of getting them. So take these potatoes with you and go away!”

“But…” Before Tom could say anything, the older man shoved him out of the house and slammed the door. Tom returned to his counter, dejected, but he could see that the older man was very sad and tired. “He had to take them. He looked like he hadn’t eaten in days.” perplexed the boy as he unpacked his bag and sat down at his counter waiting for the next customer. 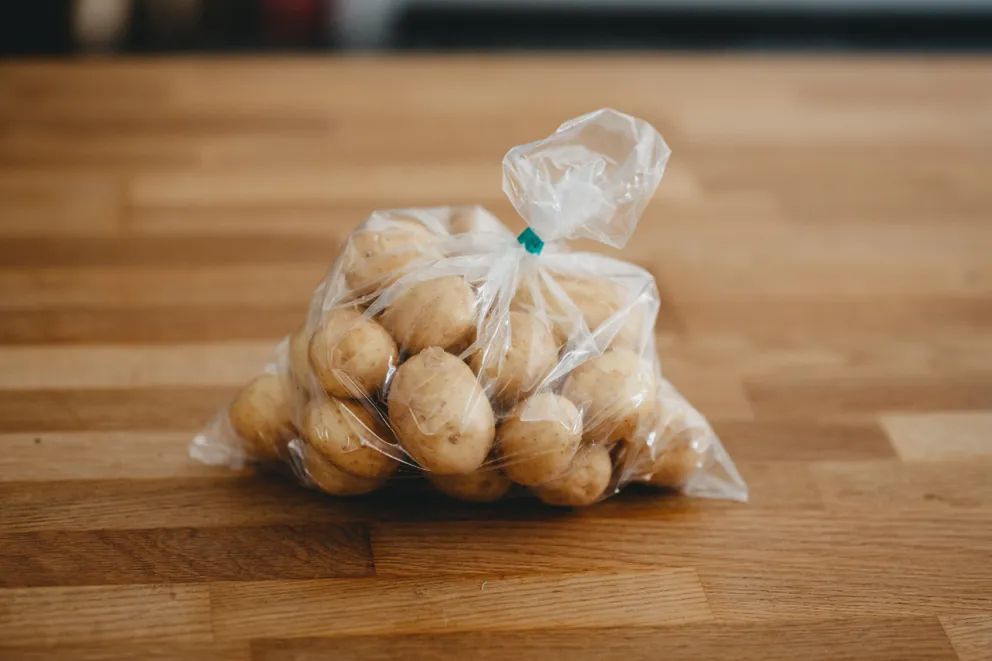 During that week, Tom saw an elderly man walking around the market every day trying to sell his medals. Each day he looked more miserable, and his skin grew more pale and bereft of life. Even a stranger could tell by his appearance that he was sick. “Maybe I should try asking him again if he wants something to eat. Either way, Grandma wouldn’t know if a few bags of potatoes disappeared.”

Tom quickly gathered up a bag of potatoes for him and followed silently when he heard the man talking to the salesman. “Would you please take these medals and give me some money. I haven’t eaten in days,” he pleaded.

“I’m sorry, but that’s impossible,” the salesman replied, pushing him away. “Go away and don’t come here again!”

“So he lied to me! He really was selling them for food!” – thought the boy, silently looking at the man from a distance.

“Why did you lie to me when you said you were selling them for firewood?” – Tom asked, approaching him. “Why didn’t you let me help you?” 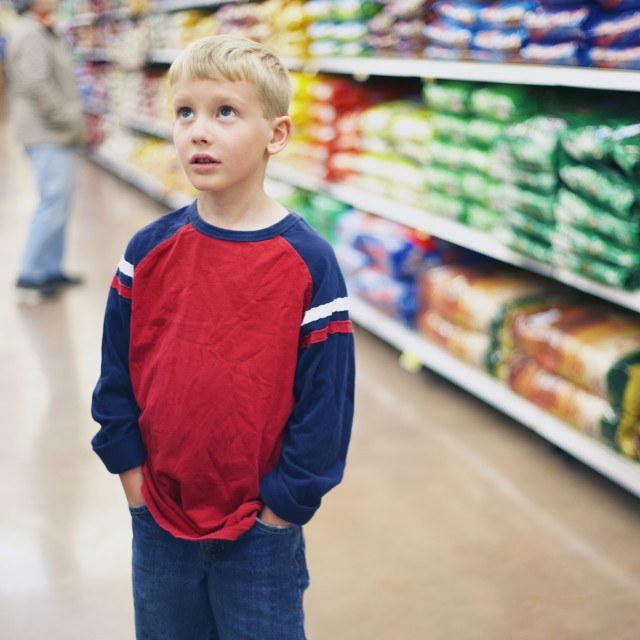 The man’s eyes filled with tears. “I’m sorry, child, but I was too embarrassed to ask you for help. Would you mind sharing your potatoes with me? But I won’t take them for free. Could you give them to me in exchange for medals?”

“Of course,” said Tom, handing the bag of potatoes into his hands. “That should be enough for at least a week.”

The man wept at Tom’s generosity. “Thank you very much, my boy! I don’t know how to thank you! What is your name?”

“My name is Thomas, but you can call me Tom,” the boy replied with a smile.

“Thanks again, Tom. I’m Conner Davidson. Your grandmother is truly blessed to have a grandson like you!”

“Take care of yourself. See you later,” said Tom, walking happily away. As he walked down the street, however, he worried about what would happen if his grandmother found out that he had given away the potatoes in exchange for the medals. 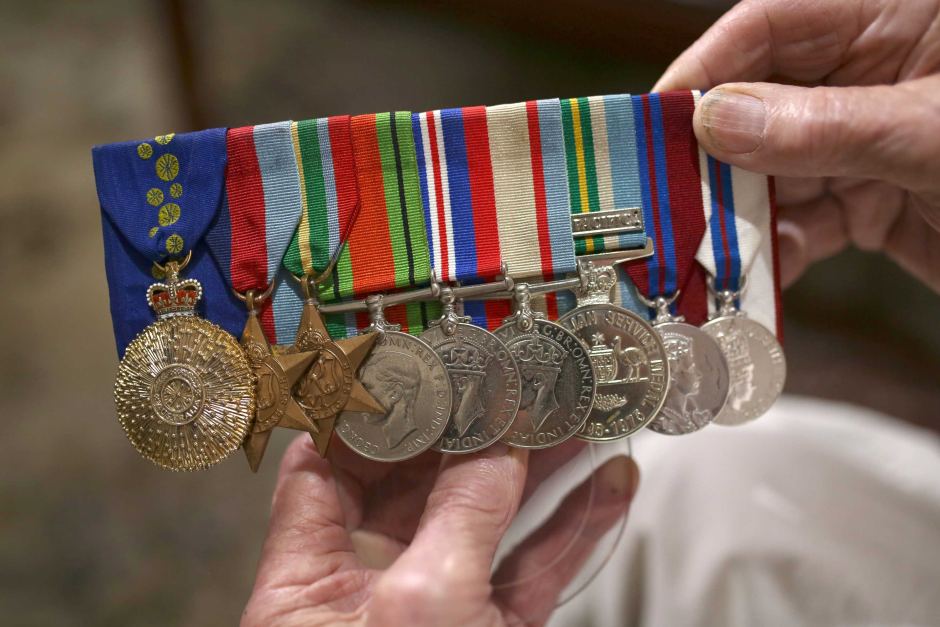 “So, Tom, where’s the money you made selling potatoes today?” he was asked by Donna when he got home.

“Unfortunately, I didn’t sell any, Grandma,” he lied, hiding the medals behind his back. “I think we should lower the price.”

“Oh, we should?” Donna raised her eyebrows. “So what are you hiding?” – She asked, pulling Tom’s hand away and opening the bag of medals. “Did you leave the potatoes for this, Tom? Don’t lie to me!”

“I’m sorry, Granny,” Tom admitted. “I didn’t mean to, but someone really needs it!”

“What?!” Donna was furious. “How many times have I told you not to be persuaded by strangers, Tom? You don’t have to give them potatoes if they won’t give you money.”

“No, Granny, I didn’t,” said Tom, telling her how Conner hadn’t eaten for days and wandered around selling medals.

Suddenly Donna lifted his head and kissed his forehead. “Did you really do it, Tom? I’m so proud of you. But why didn’t you tell me?”

“I was afraid you’d scold me, Granny. I guess I should have told you sooner.” 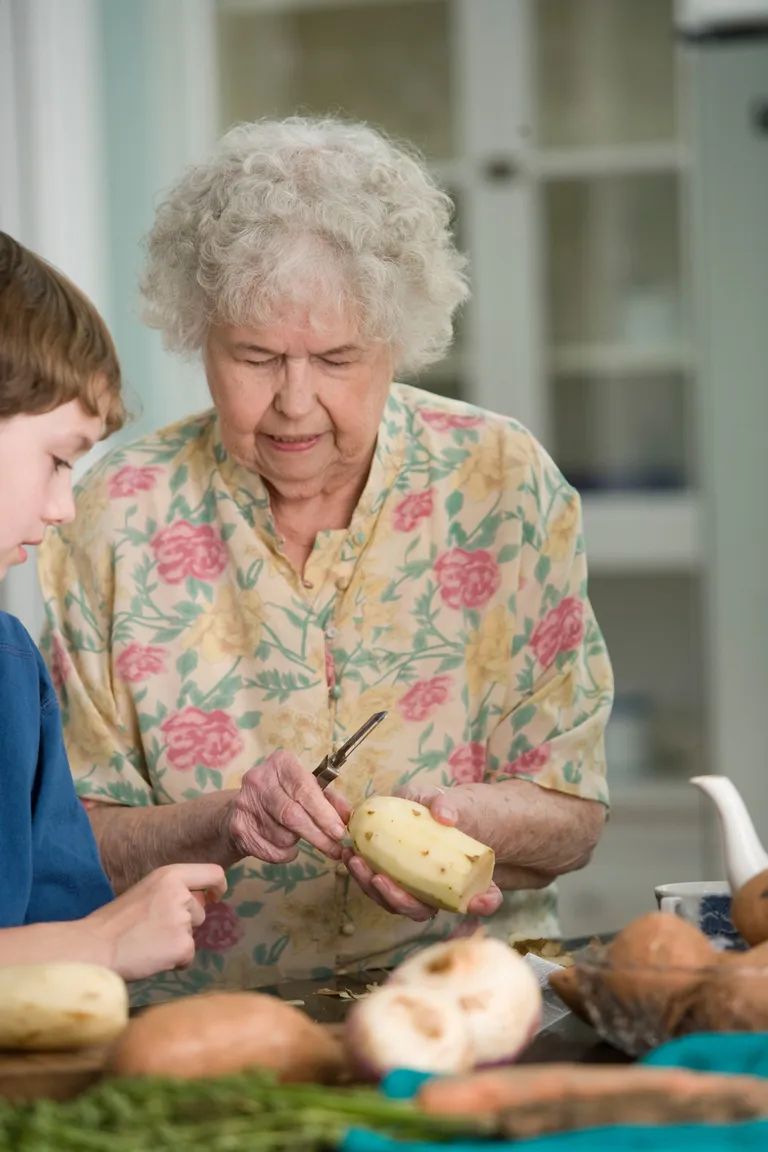 “That’s all very well, dear, but it must have been hard for that man to give up those medals. We shouldn’t take them away from him like that.”

“What do you mean, Granny?”

In the evening Donna and Tom went to the jeweller, cleaned the medals and arranged them neatly. The next day they visited Conner to return them. “This is a reward for your bravery. Never sell them!” – Donna told him.

Conner’s eyes watered at Donna’s kindness. He thanked her for her generosity and from that day on he sat at their counter to help sell potatoes instead of Tom. A few months later he secretly sold the medals and used the proceeds to send Tom to study in the city. Donna was hesitant to send Tom that far, but Conner convinced her.

Today, thanks to Conner’s efforts, Tom is working as a software engineer for a high-tech company in NYC. 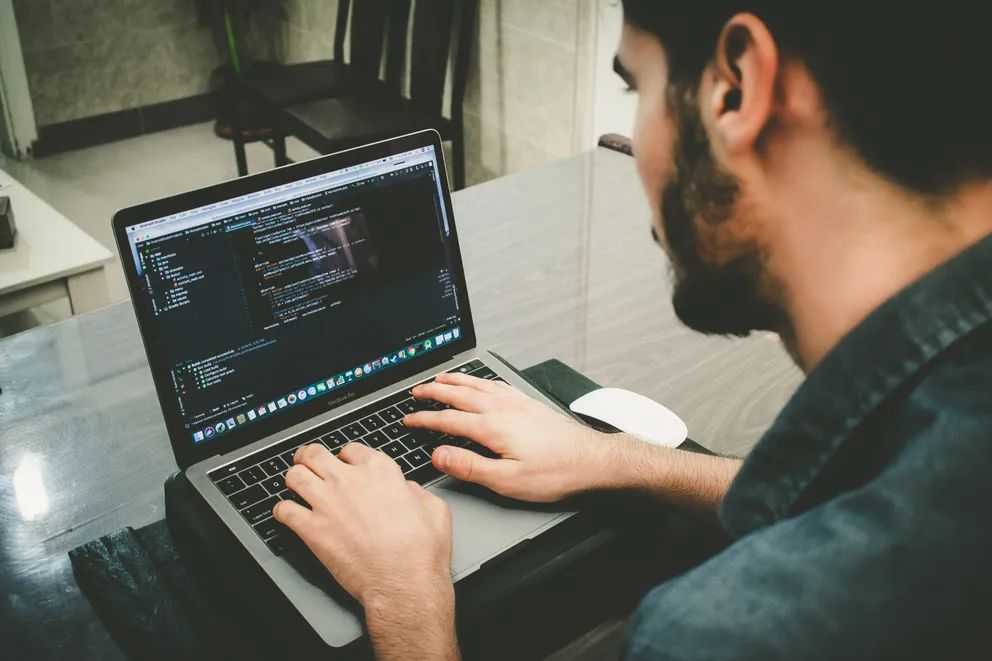