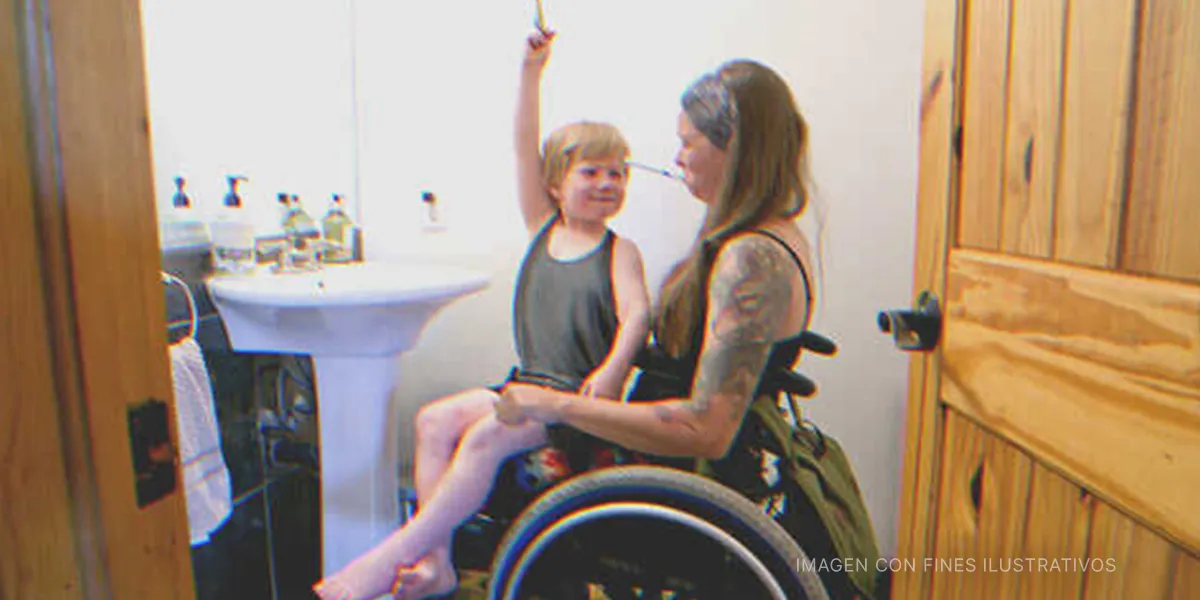 When an accident ended the life of her unborn child and left her in a wheelchair, Carol adopted Charlie, an orphaned boy whom she loved unconditionally. He gives her a big surprise on her fortieth birthday.

Carol’s heart began to beat faster. It was getting harder and harder for her to push the wheelchair as she got closer to the place where that terrible accident happened five years ago: she was hit by a car.

She was four months pregnant at the time. She lost one of her legs and the ability to walk, but the worst thing was to hear that she had lost her baby and would never be able to become a mother again. 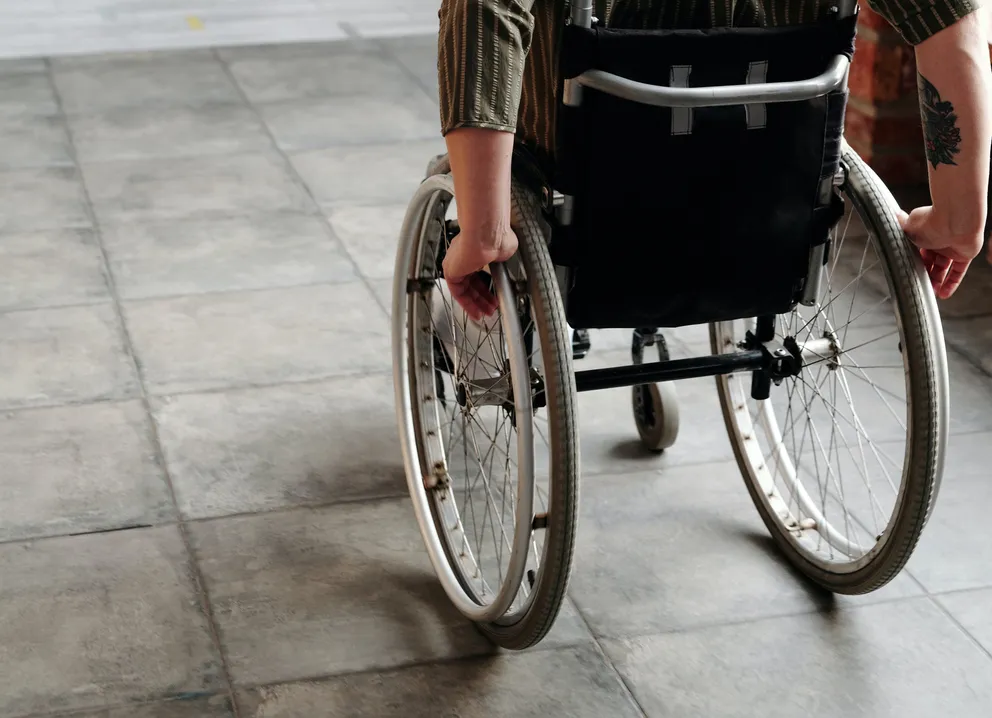 This accident destroyed the world of Carol and her husband Jeremy forever. She was crying quietly, clutching a bouquet of roses gathered in the garden. Thorns pierced her palms, and the pain brought her back to reality.
She was there to commemorate the fifth anniversary of the passing of her unborn child. Her favorite place became a reminder of the loss of her beloved child.
“Darling, can we go? I think it’s time to go to the boy,” she heard Jeremy’s voice. Carol put a bouquet of roses on an inconspicuous monument and went to Charlie, a little orphan whom they adopted.

“He’s there,” the nurse pointed out. Little Charlie was with his friends and playing. Carol has been visiting him frequently over the past six months while she and Jeremy have been dealing with legal issues and paperwork for adoption.
And every time she saw him, her heart was filled with joy. It comforted her and told her that he was the one. That day she felt like the happiest mother in the world. She hugged little Charlie a dozen times, but it didn’t seem enough.
They took him home and showed him his room, which looked like a piece of heaven on earth. There were toys, posters with superheroes, a blanket with a Superman print, and everything that a five-year-old child might like. 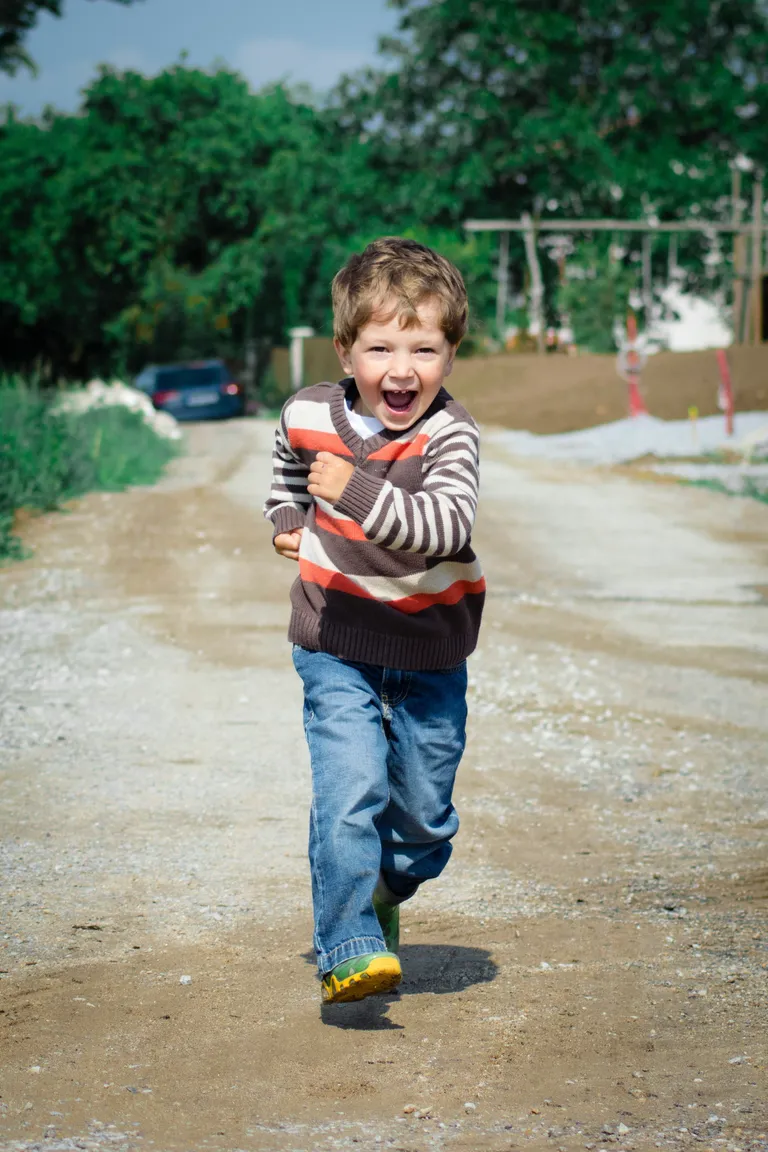 Charlie loved superheroes, and Superman was his favorite. The last time Carol visited him, he asked her: “Will there be Superman stickers in my room? And toys? And posters?”
Jeremy and Carol made the best bedroom for their son. To them, he was a source of joy that came from heaven, and soon she began to overcome her grief. She adored Charlie. They sang, danced, watched movies, drew and laughed with happiness.
When Charlie was 7 years old, he began to worry about his mother.

“Will Mom never walk again?” he wondered before he fell asleep. “I want her to run and walk like other people. I’ve seen people with artificial legs, but how do I get them?”
Charlie thought about how to help his mother get out of her wheelchair. One day he gave her a soccer ball and asked her to play with it. He wanted to help her feel the desire to live a normal life with one leg.
“Football?” – Carol asked. She saw the excitement in her son’s eyes and didn’t want to disappoint him. “Let’s play!” – she exclaimed as Charlie kicked the ball lightly in her direction. She kicked it with her right foot, giggling like a little girl. The boy’s eyes filled with tears of joy at seeing her like this. 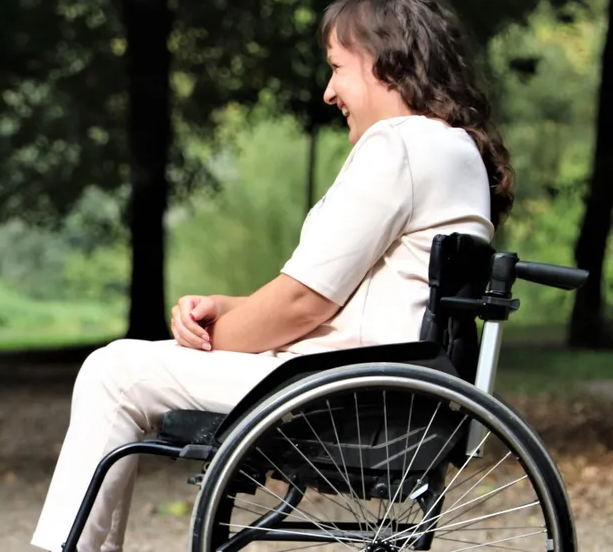 “Daddy, what’s Mummy’s favourite place to go for a walk? Does she like the park?” – He asked Jeremy.

“Your mother likes to watch the sunset from the bridge. She loves that view – it’s beautiful,” he replied.

Charlie took his mother to the bridge that day, unaware that this was where she had lost her baby and her ability to walk. But something unusual happened that day. Carol felt no pain in her heart, no desire to cry.

Charlie and Carol were admiring the beautiful view of the sunset. He talked to her about what he wanted to study at university. He wanted to become a prosthetist and help people change their lives.

“And you will be my first patient!” – he said with great conviction. He was determined to help his mother get back on her feet so that she could walk on her own. 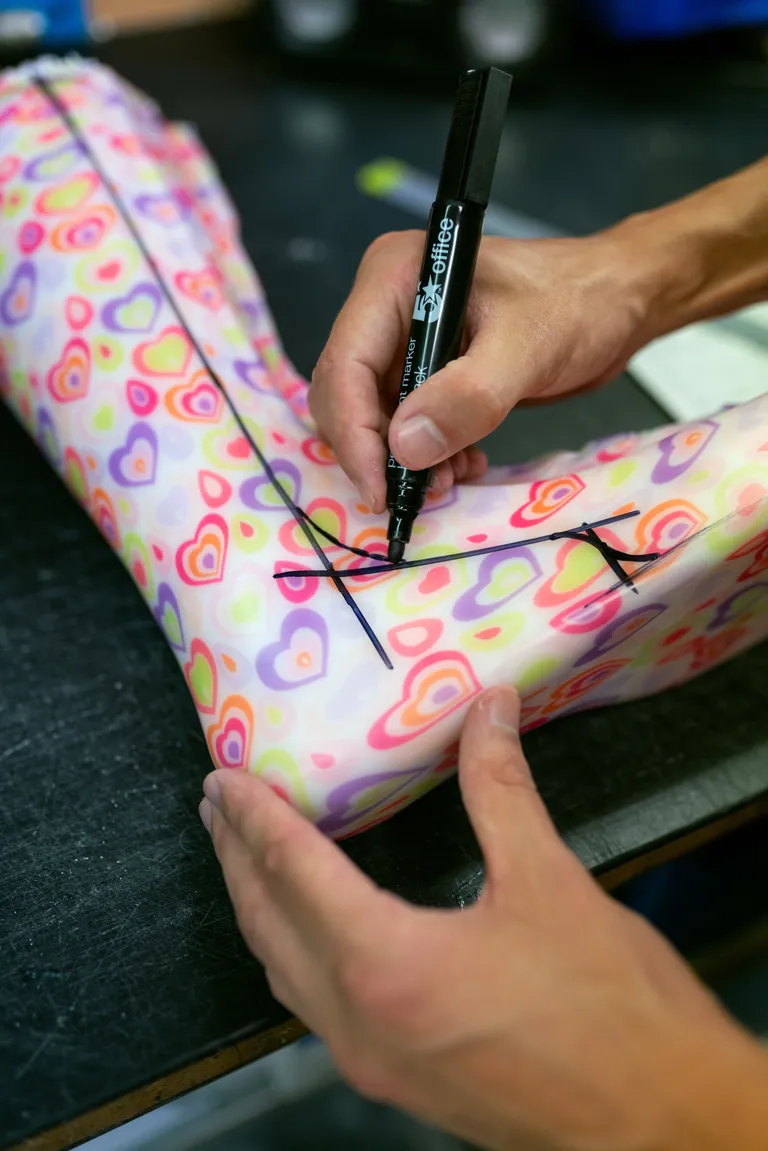 A few years later he graduated from university and started working in a local hospital. Every day at the end of his shift he spent time designing a special prosthetic leg for his mother.
He waited until Carol’s 40th birthday, which was a week away, to surprise her. She had no idea her life was about to change.
“Honey, where are you taking me?” – she asked her son on the day of her birthday celebrations. He helped her pack up and get into her wheelchair. For a moment she thought Charlie had forgotten that it was her special day.
“Mum, you’ll find out in a little while. Trust me, you’ll love it!” – he said, pushing her wheelchair towards the car.

Carol was embarrassed and happy at the same time. She knew he was going to surprise her with a birthday present, but she couldn’t imagine what it would be. 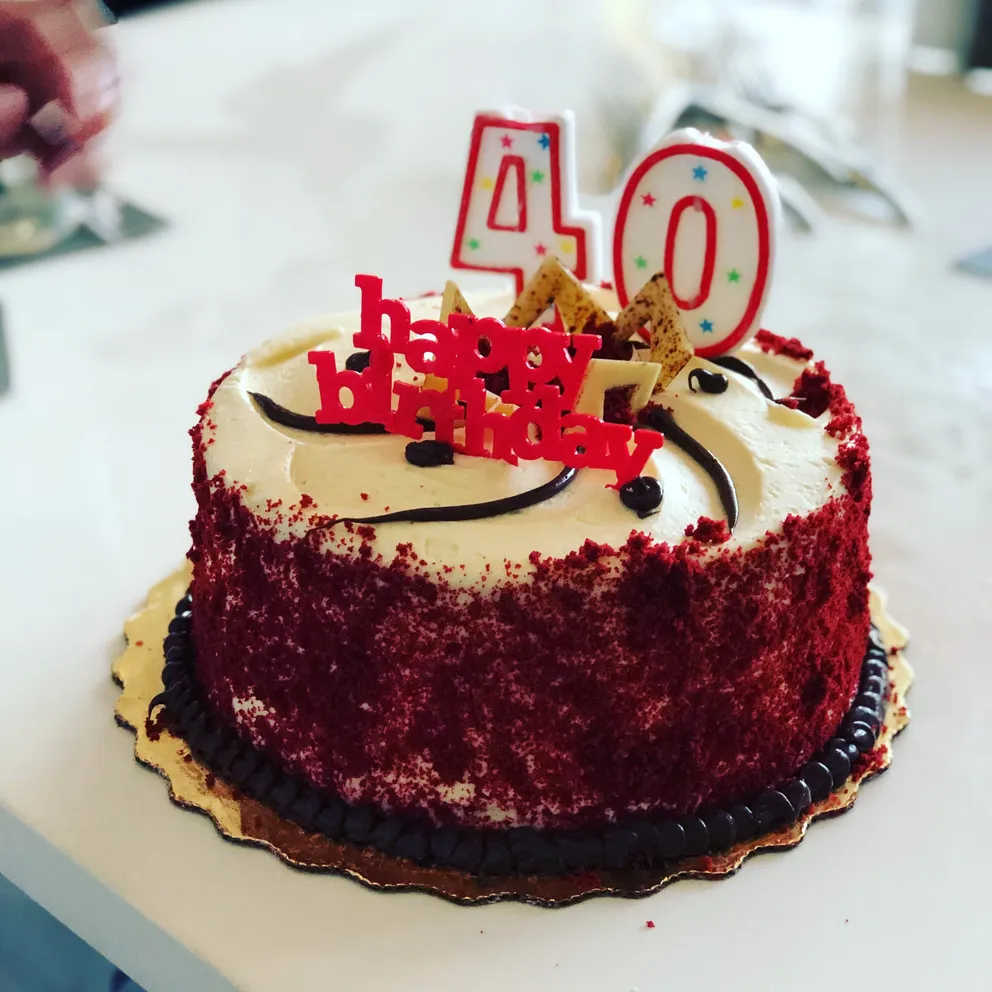 Charlie took his mother to the main hospital emergency room. It was decorated with balloons and serpentine. A delicious birthday cake decorated the centre table. “Mother, wait here, I’ll be right back,” he said and disappeared.

“What’s he up to?” – Carol wondered. Suddenly confetti rained down on her and she saw Charlie emerging from the crowd with a large gift box in his hand.

“Happy birthday, Mum!” – he said and pulled out a prosthetic leg he had made. Carol burst into tears and hugged her son as she listened to everyone wish her a happy birthday.

Over the next few weeks, Charlie taught Carol how to use the prosthesis: “Mum, you can do it. Come to me without fear.”

Carol was able to take her first step and was delighted to see that her legs were responsive. A few months later she was able to take slow walks with her son to her favourite spot by the bridge to admire the sunset.

That day they stopped close to where she used to leave flowers to commemorate the anniversary of her child’s death. But she no longer did, because she knew that her son was standing beside her, holding her hand, and his name was Charlie. 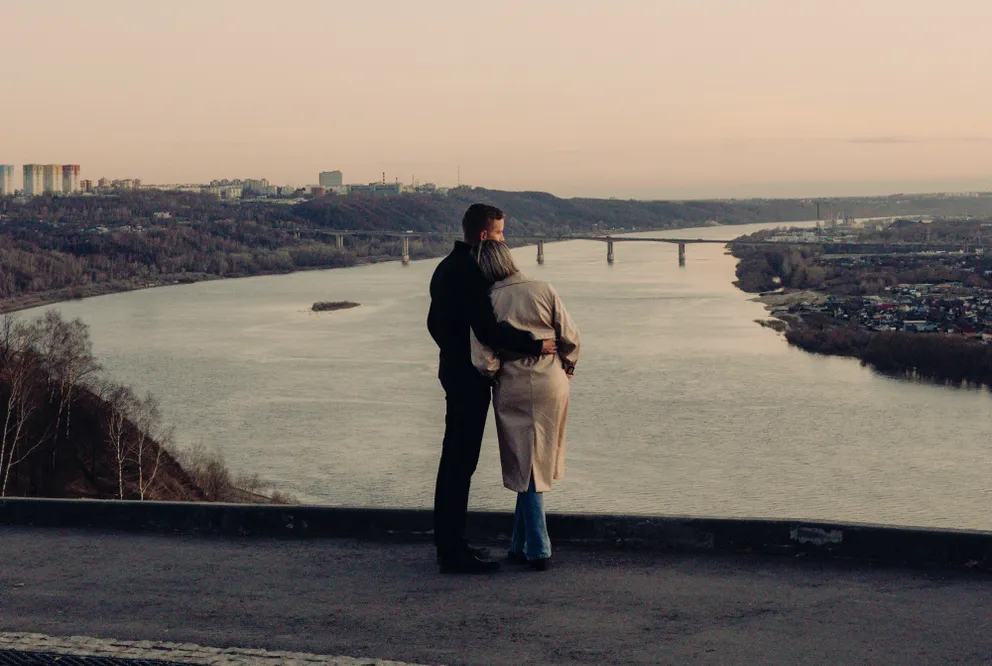