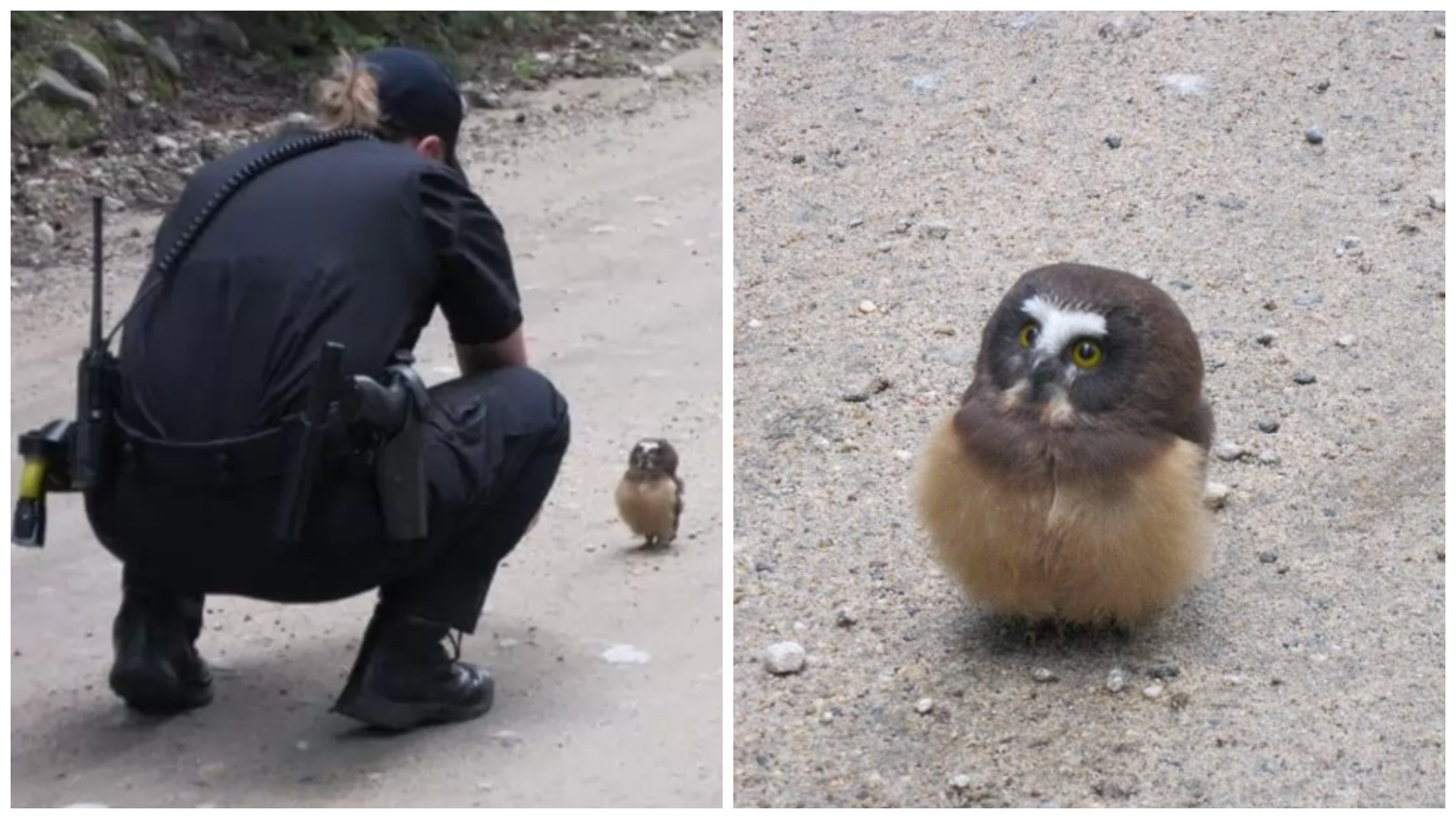 A police officer in Colorado and an owl she met on a forest road created one of the cutest shots you’ve ever seen. Their lovely conversation was filmed with an officer’s camera, and it’s nothing short of charming!

The deputy and her colleague were on a mountain road near Nederland when they spotted a tiny bird on the side of the road. The little creature seemed lost, so the officer decided to investigate. Moments later, these two had the sweetest stand-off in history. Only after she got out of the vehicle and approached the bird, the deputy noticed it is a northern saw-whet owl. As she reached the lonely bird, the officer kindly asked: “Hey, what’s up?!” Though she wasn’t expecting an answer, it surprisingly came straight away. The baby owl just had the sweetest reaction when hearing a human voice, so it immediately started to twist her tiny head around. A moment that sent the officer into laughter. Then, the deputy said ‘hi’ once again, and the little bird’s reaction was as adorable as before. The sweet and so funny conversation then came to an end, as the deputies made sure the tiny owl safely crossed the road and find its way in the trees next to the road. The short footage was then shared online by the Boulder Police Department. Our deputies were driving when they were stopped in their tracks by this young Northern Saw-Whet Owl,” they wrote on Facebook. “After some curious head twisting (on both sides) it flew safely away.”