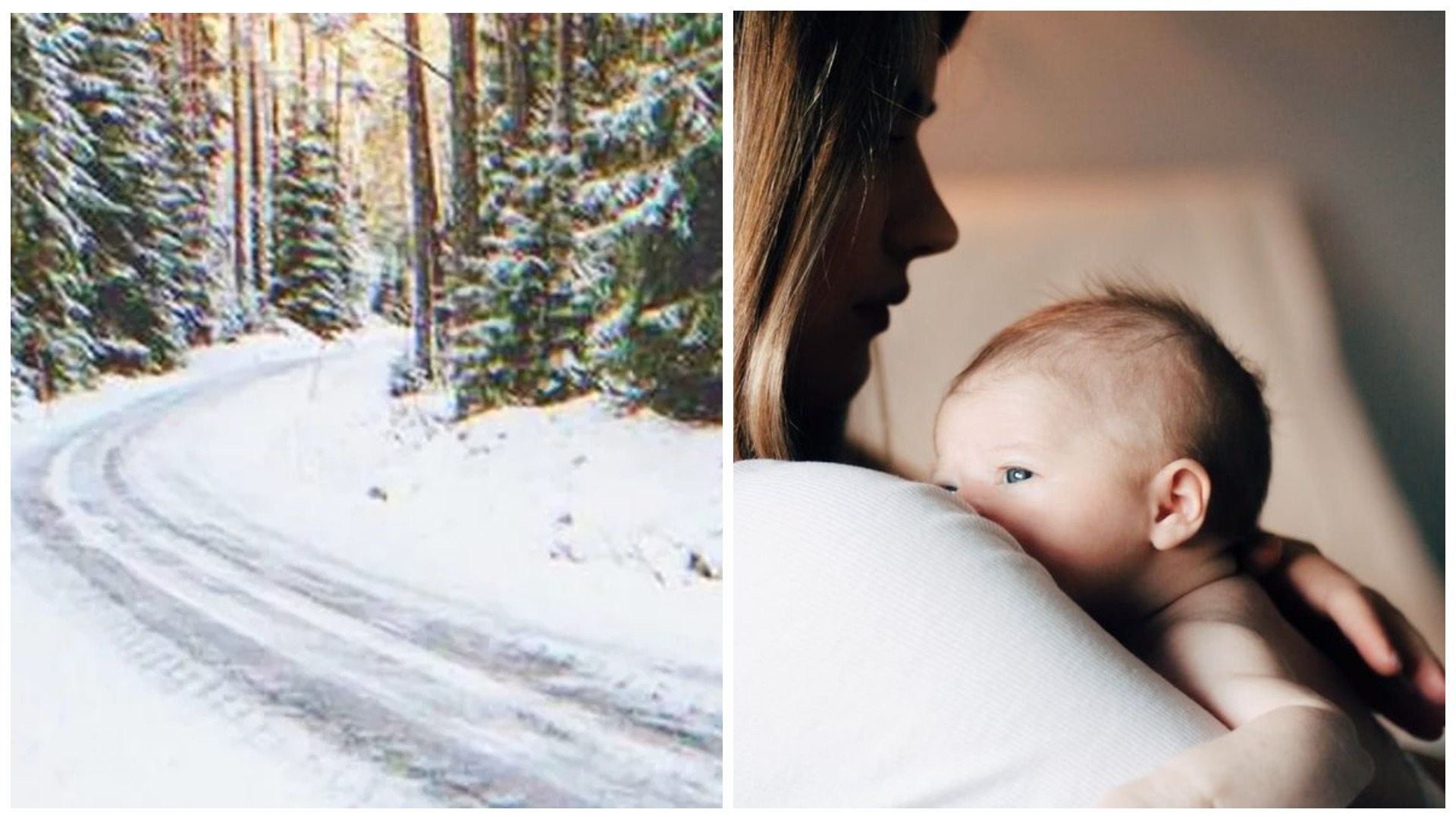 A childless couple, mourning the loss of their only son, took a long walk in the snow and in the process made an incredible discovery that changed their lives.

It’s hard to say where some stories begin, especially this one. However, we could say that the beginning of this story is the end of another story. But we can’t set the facts straight, so we have to start here: a woman got off a bus in a small town in Omaha.

She walked down with difficulty, supporting her heavy belly with one hand. One of the passengers came up to help her, but she refused. “Let me go,” she growled, “I’m not a cripple!” Not really, but according to the bus driver, she was about nine months pregnant and approaching her due date. 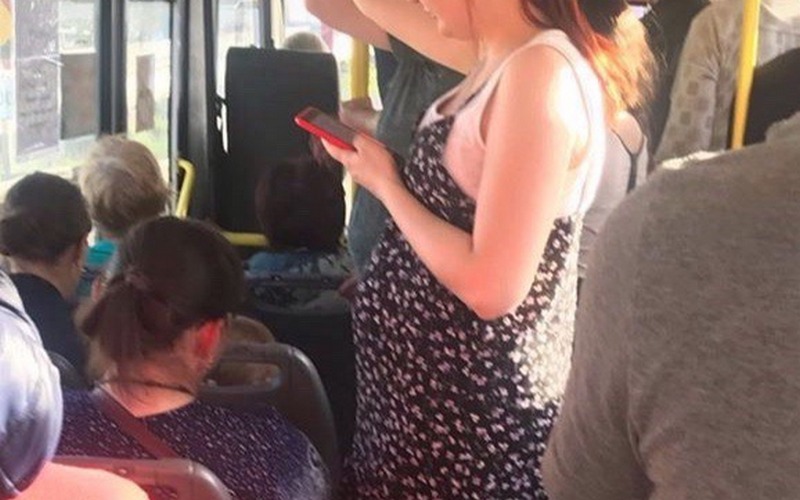 So a woman got off a bus in a small town in Omaha, and it was the end of winter. The pregnant woman had no luggage other than a faded green backpack, which she was dragging by the straps. A passenger, who had earlier tried to help her, said: “Look, there’s a hospital two blocks away…”.

But she turned away and went. It turned out that the same evening she was in that hospital, thrashing and screaming, her face bruised with exertion.

She had given birth to a boy. She asked the nurses, “When can I get out of here?” She was told that the doctor would come in a few hours to examine her and the baby, but in the meantime she should rest. 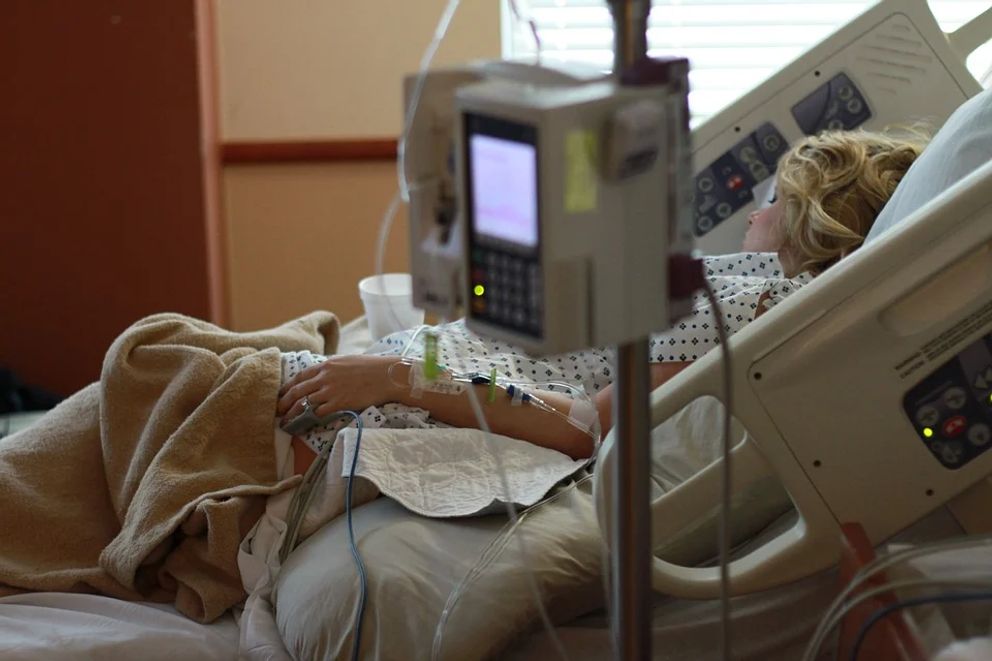 So she turned on her side and pretended to fall asleep. But as soon as the noise in the small room subsided, she jumped up, nimble as a cat. She stuffed her clothes into the backpack, and with them everything she could steal from the bedroom.

She hesitated in front of the baby, who was sleeping in the Plexiglas cot next to her bed. Then she took him in her arms and roughly wrapped him in one of the blankets on her bed before pushing the door open. The path was clear and in a second she was gone.

Once outside, she slowed down. The woman looked at the baby in her arms and said. “I don’t need this…”. Nevertheless, she passed the city police station and the fire station and headed out of town.

Despite all she had been through, she walked quickly and soon passed the last of the dimly lit townhouses. Just like that, she entered the forest and stopped. She dropped her rucksack and stood for a moment, hesitating.

She held the sleeping child and looked at him. How she felt and why she did what she did is a separate story. What is important for us is what she said in a voice not devoid of sweetness: “Now you sleep, child, it won’t hurt, not like it hurts in life.”

She carefully placed the baby in the shadow of a blue moon under a tall fir tree, then turned her back and walked away, leaving this story for somebody else. The baby lay there, wrapped in that blanket, unaware that he had been abandoned.

But not far away, within shouting distance, another part of another story was coming to an end. A man and a woman were doing the hardest thing any born-at-heart could do: saying goodbye to a child.

John and Fallon Sorenson had been married for ten years and their biggest dream was to have a child. They were overjoyed when Fallon became pregnant and they had an adorable baby boy, whom they named Ryan. 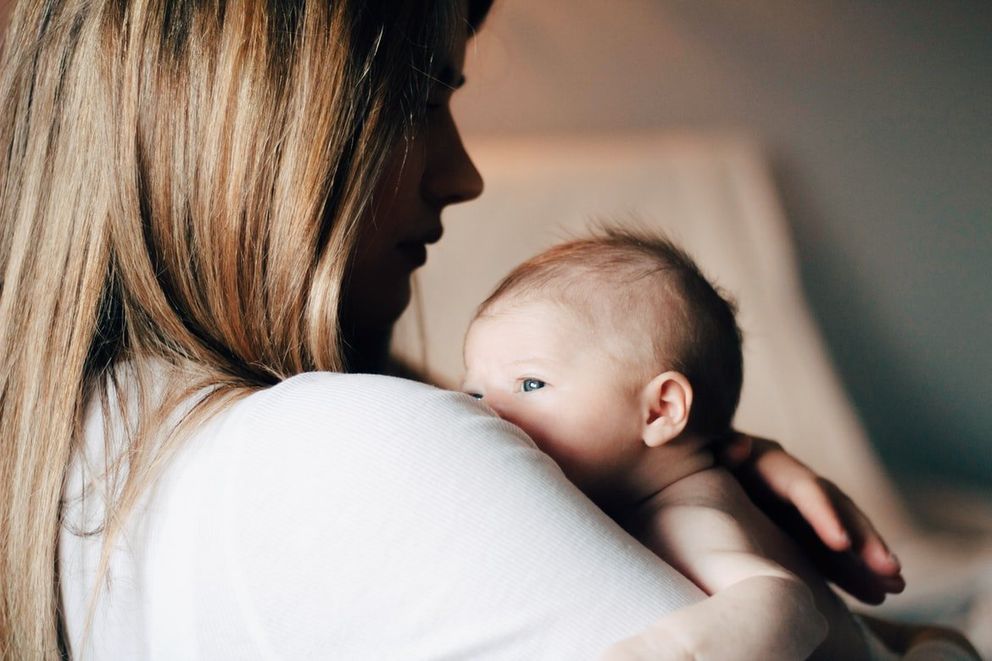 Of course, Ryan was as perfect as any child in the world, and his parents adored him. He grew up so fast! What his parents and doctors did not and could not know was that something else was growing just as fast.

The little vein in Ryan’s brain swelled and grew like a balloon, and one day the balloon burst. And that’s how Ryan passed away. He was only two years old.

Fallon and John were shocked. How could their child be running on the beach one moment, and the next just be gone? “What kind of God lets this happen?” kept shouting Fallon.

And, of course, no one answered her because no one knew. After a while Fallon stopped shouting, but John thought it was even worse because she just sat there, not moving, not saying a word. 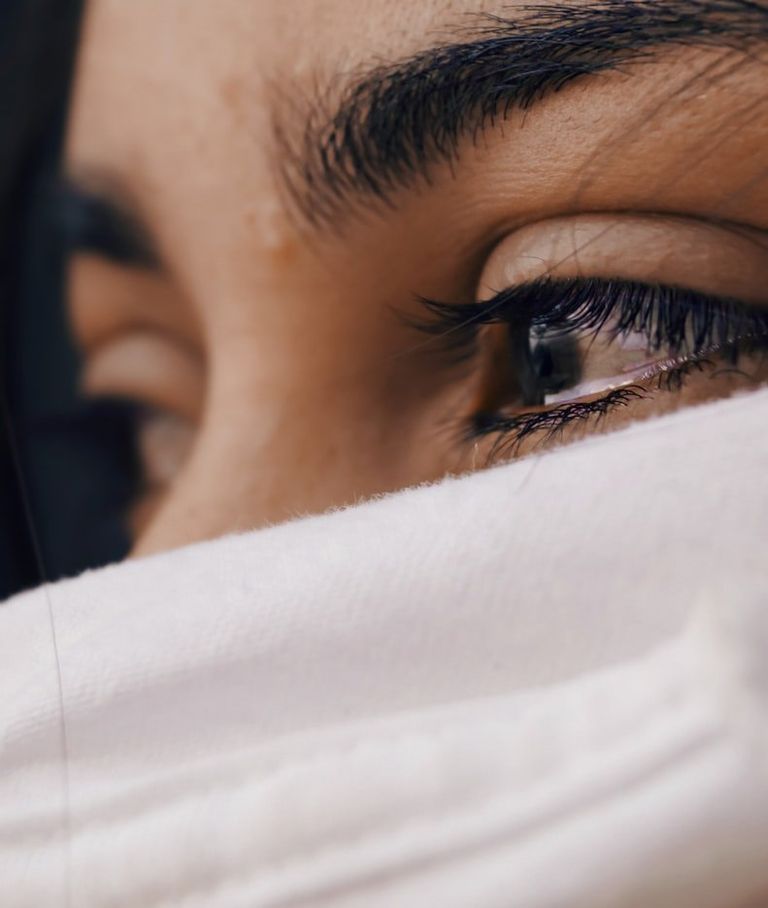 Then Fallon started walking. She put on her coat and shoes and disappeared into the woods for hours. She always came back, but John knew how easy it was to get lost and how dangerous it was.

That night John was watching television when Fallon suddenly got up and put on her coat. ” Hey,” John asked. “Where are you going ?” But Fallon didn’t answer, so John grabbed his coat and mobile phone and followed her outside.

A few minutes later Fallon seemed a speck in the light of the moon. So John ran to catch up with her. “Fallon,” he shouted, “this has got to stop!” He turned her around and looked into her face.

“Ryan’s dead, but I’m alive and you’re alive,” John said angrily. “Stop this once and for all!” But Fallon wasn’t listening to him at all. She lowered her head and frowned. 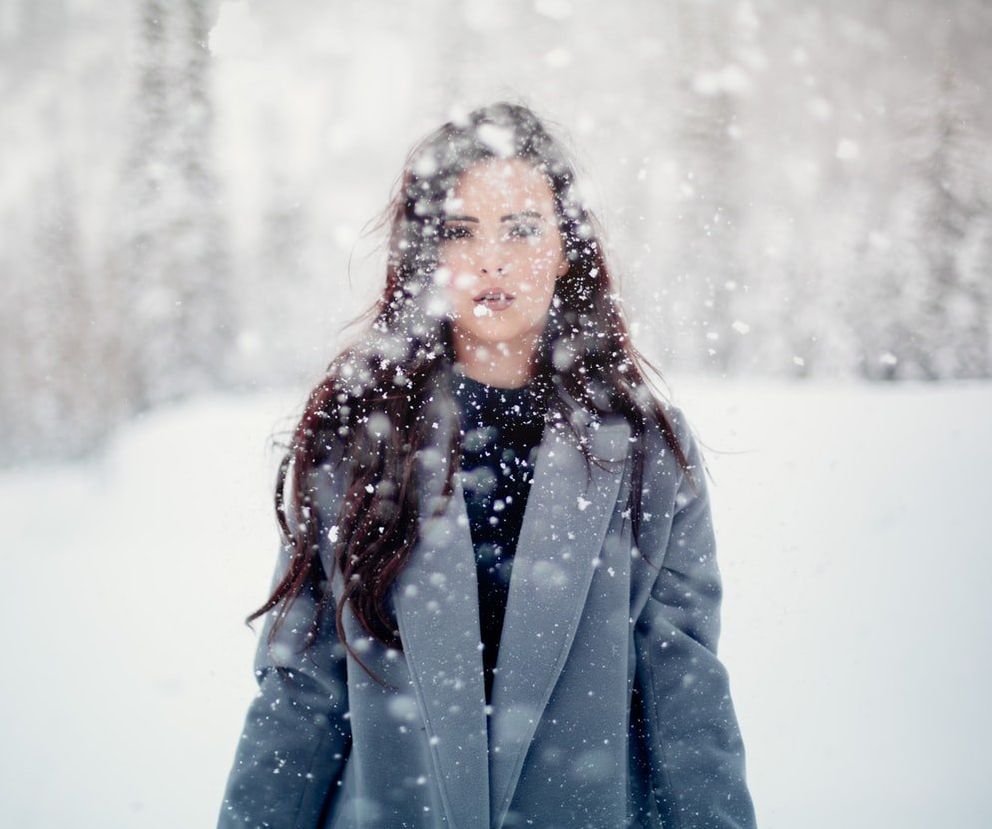 “You’re making it up!” shouted John, who was already very angry, “HERE IS NO BABY!” And then the night was filled with the distinct and unmistakable sound of an infant crying.

Fallon pushed John away and ran. Very quickly she found herself kneeling in the shade of a tree with the baby in her arms. – John,” she shouted. “Call an ambulance, he’s so cold! Hurry, we must save him. God has sent him to us.” 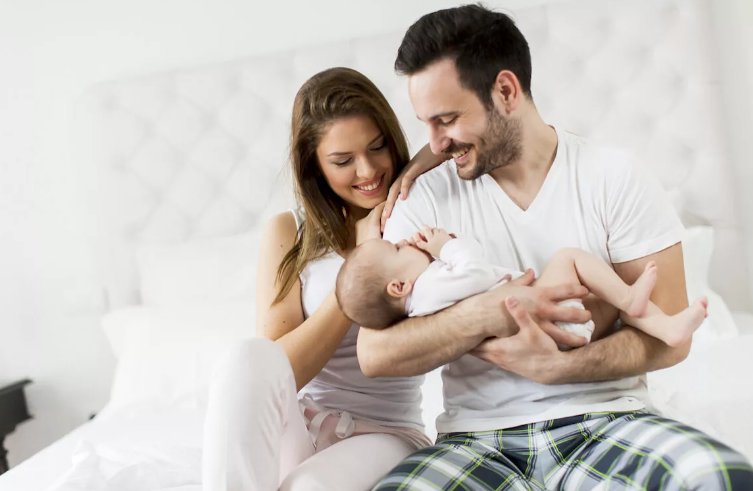 Stunned, John called an ambulance and soon the baby was safe, warm and on artificial feeding in the neonatal unit of the hospital. The authorities tried to find the baby’s mother, but to no avail.

Eventually they granted the Sorensons’ request, and Fallon and John adopted him. His name was Thomas. Fallon always believed that God guided Thomas through their lives, and we think we believe that too. 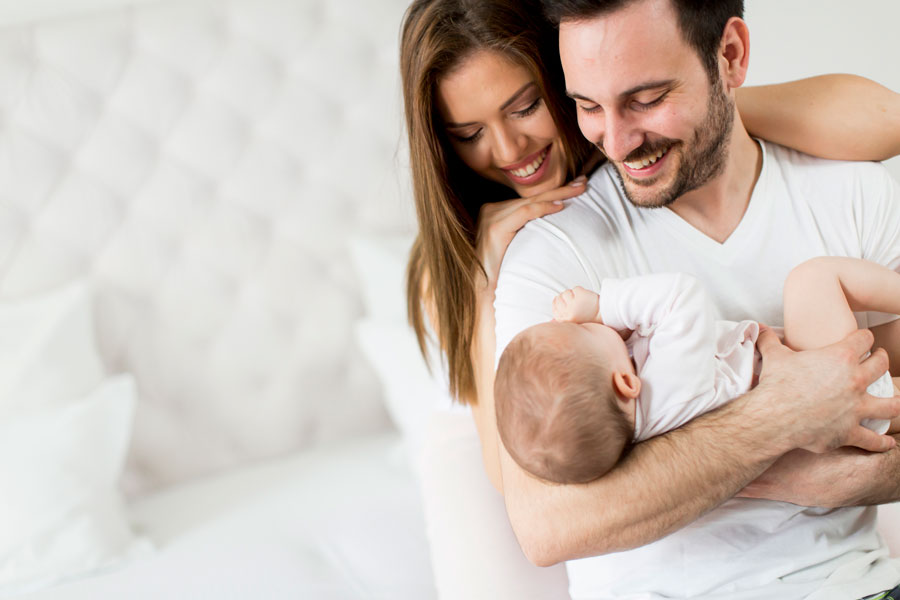