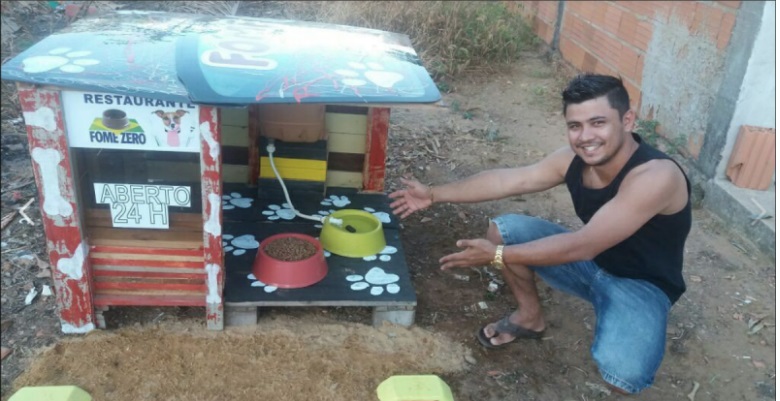 The problem of stray dogs is more or less relevant in all countries of the world. Unfortunately, not all people are friendly to disadvantaged animals, many show hatred and cruelty to them. But fortunately, the world is not without kind people. One good-natured man from Brazil got into the problems of four-legged friends and opened a real restaurant for them. 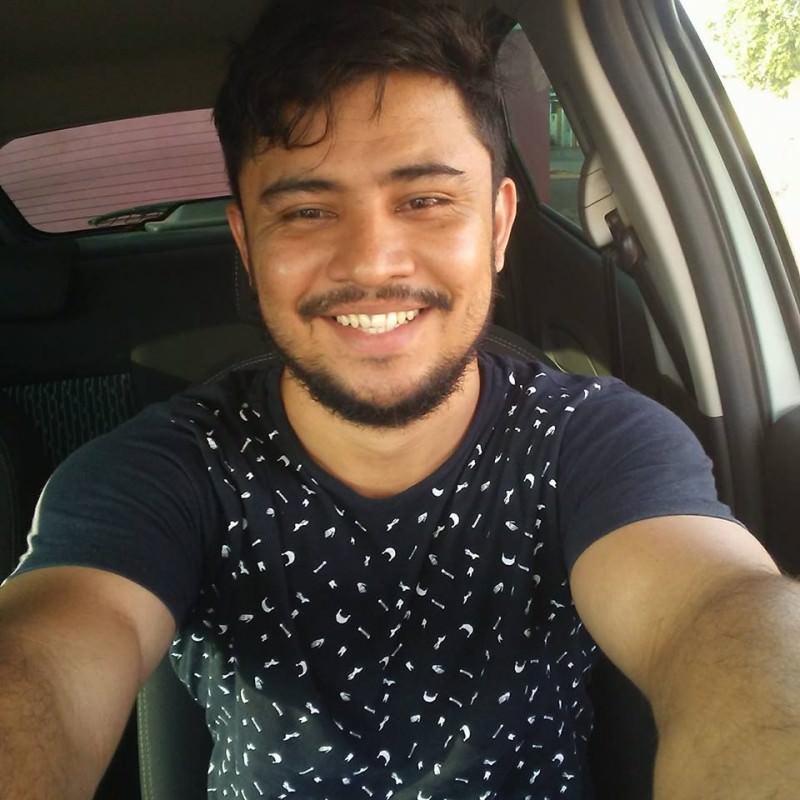 A young Brazilian, João Araújo, has always been heartbroken to see the difficult lives of homeless animals. He was heartbroken when he saw how hard it was for dogs to survive on the streets and get food. He came up with an idea to make life easier for the four-legged mongrels and make it easier for them to find food.

The guy built a real miniature restaurant for homeless animals out of the items and remnants of building materials. Here the animals can get something to eat and drink. Water and food are metered through pipes, which are arranged on the principle of rain pipes. As the tubes are emptied, João replenishes the dog food and asks anyone who cares to do so. 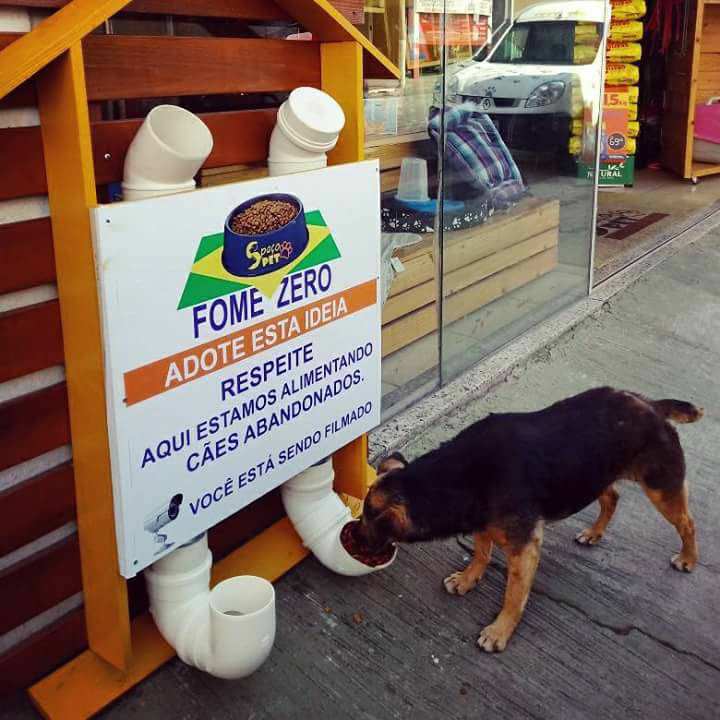 Expansion of the “restaurant chain”

João was very inspired by the idea of helping homeless animals and almost immediately built several more dog restaurants and set them up in different areas of his city. Other animal lovers also picked up the guy’s idea. They, too, began actively building restaurants out of construction leftovers. 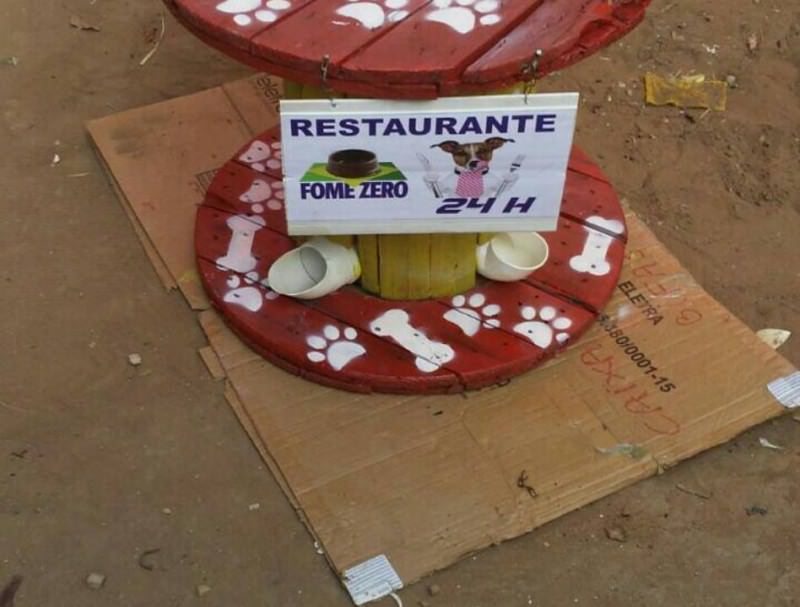 Not everyone liked the idea

Unfortunately, not everyone accepted João’s idea with enthusiasm and understanding. It turned out that many evil people live around, who not only do not want to help animals, but simply cannot pass by someone else’s good deed with dignity. Several dog restaurants were stolen and destroyed. But that didn’t stop the young animal rights activist and his like-minded supporters.

The aggression of the detractors did not embarrass João, but only encouraged him. He said that for every restaurant that was stolen or destroyed, he would build two new ones. All the more so because João is not alone on this difficult path of helping animals, he has many like-minded people. 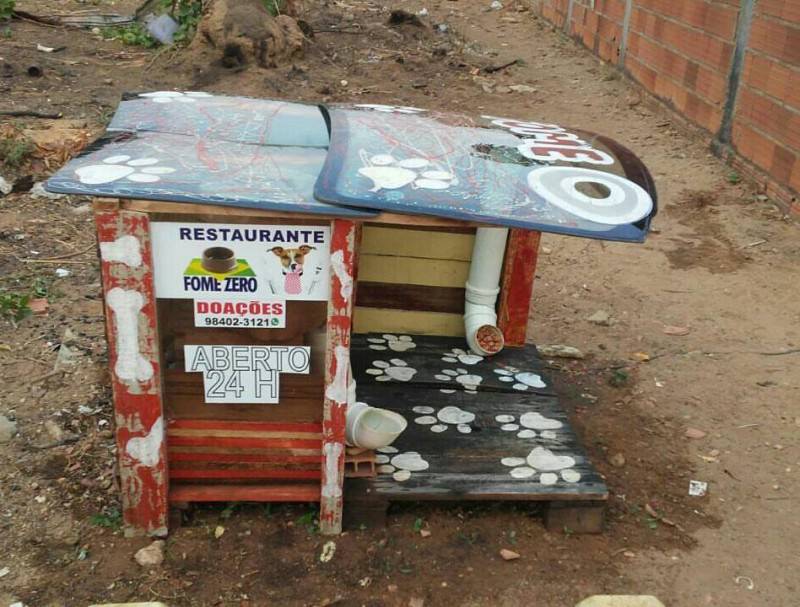 It is also worth noting that people far beyond his city learned about the initiative of the young animal rights activist. Many people picked up the idea. Now in different parts of Brazil you can see cute dog restaurants that people have built from leftover building materials. This inspires faith in humanity and gives hope for a bright future in which defenseless animals will not suffer because of evil people.