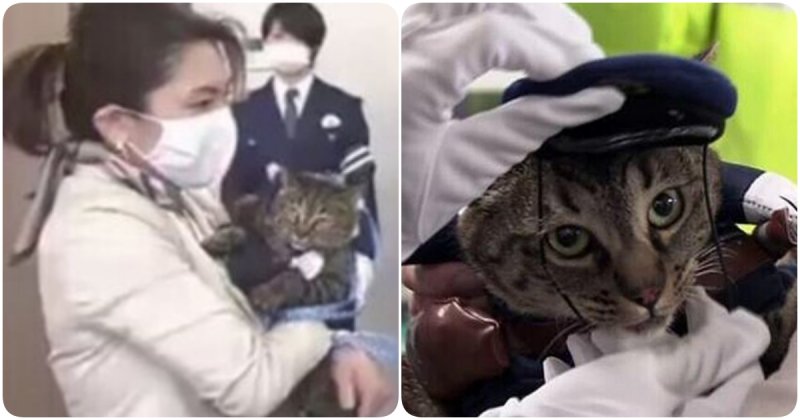 In Toyama, Japan, a cat spotted a man falling into a gutter.

The clever kitty knew straight away that the man needed help. Of course, the cat couldn’t get to him on its own, so it ran and told its owner as much as it could about the trouble. 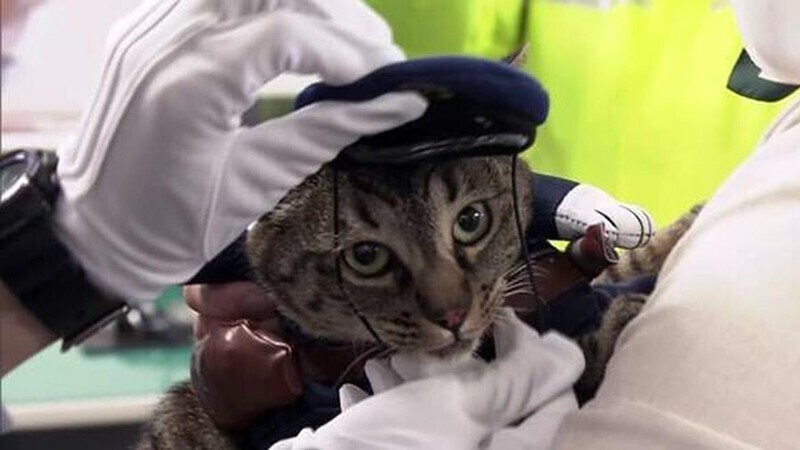 Coco, a cat named Coco, came to the owner and “told” her about the man. The owner immediately realized that the cat had something to show her. Thanks to the cat’s concern, people found out about the passer-by’s problem and called the rescue team to the scene. 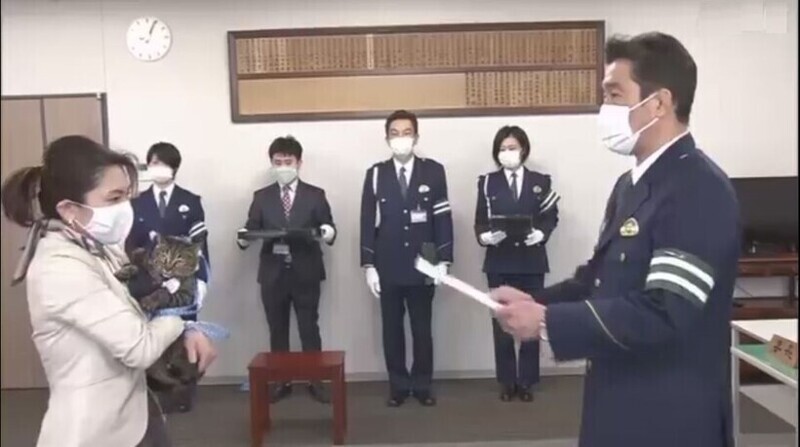 The man was pulled out, and they decided to thank Coco. The kitty was made head of the Toyama police department, just for one day. 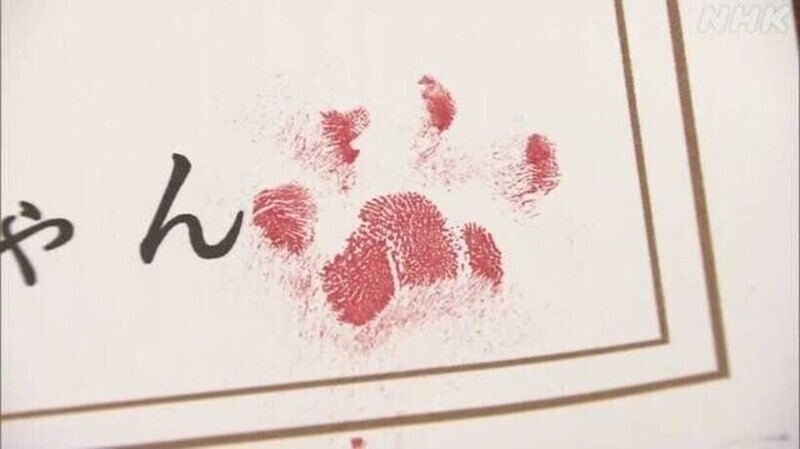 The kitty was given a certificate of honour, filmed a video about it, called a real heroine, left a paw print, and then went to school to “tell” about safety rules on the road. Now the children and all the residents of Japan know that they have to be more careful and look under their feet to avoid falling down a manhole.

The video has had 1.4 million views!