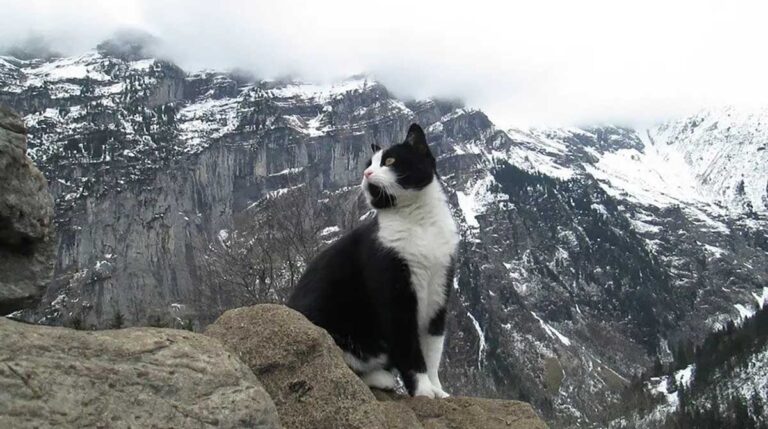 A cat led a lost man on a hike in the Gimmelwald mountains, Switzerland. The cat didn’t leave the man lost even for a minute and made him follow him to safety.

Historically, although it is not clear where this idea came from, it is said that the dog is man’s best friend, a companion who is always waiting for you to return home, with great happiness, vigorously wagging his tail. They also professionally help people, helping the blind or rescuing from natural disasters. Could it be that cats do not have the same interest, inclination or ability?

A cat led a lost man on a hike in the Gimmelwald mountains, Switzerland. Reddit user sc4s2cg shared this incredible story on this social network, and several people noted that the same cat has been seen in the area many times.

It turns out that the man got lost, going down the mountain along the railway tracks, and reached the abandoned city. Once there, he met an adorable cat.

The man said, ”Gimmelwald is a small, incredibly beautiful town. In fact, I “got lost” in the surrounding mountains. When I arrived in Lauterbrunnen, it was the end of the ski season, so the lifts and some pistes were closed.” 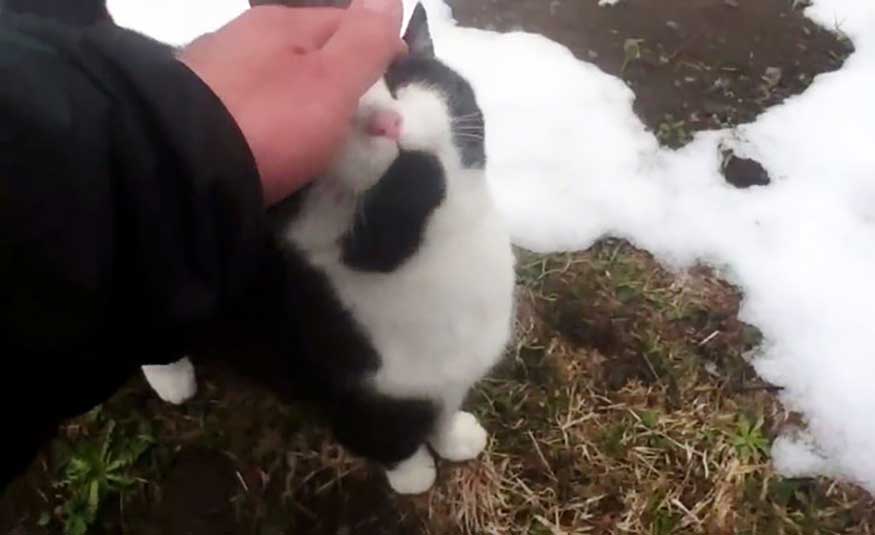 He said, ”I looked at the map to see how to get back to the hotel and the only official way down the mountain was a closed trail. That’s when I met this beautiful cat.”

At that moment a black and white cat appeared and led the man down the valley; constantly looking back to see if the tourist is following. 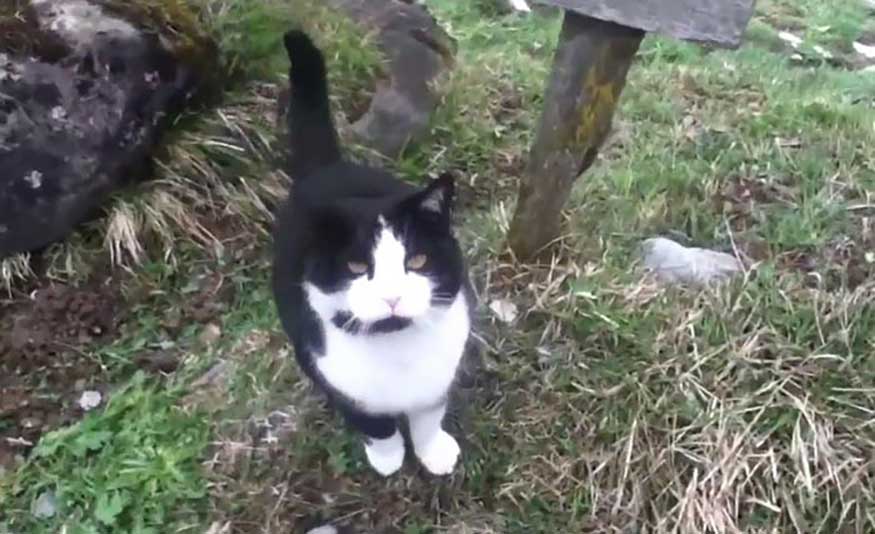 The cat noticed him during a break; he was eating a sandwich and resting his sprained ankle.

He said, ”As soon as I got up, he began to guide me all the way. He seemed very nice considering I was a complete stranger.” 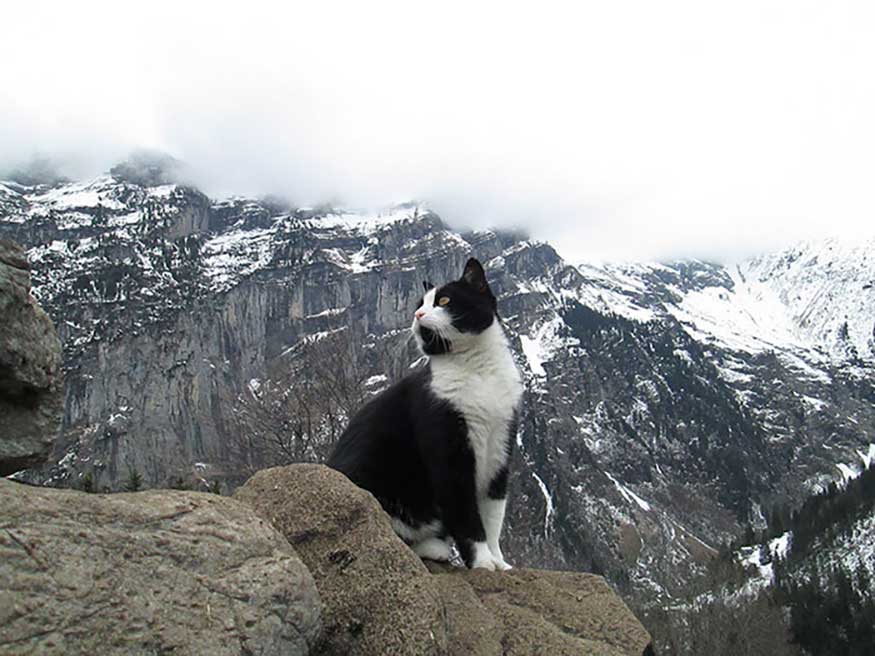 The cat led him straight to the path that was supposed to lead him back to the valley. The man took the moment to share this with his family. After he shared his story on Reddit, several people who had seen the cat recognized him. 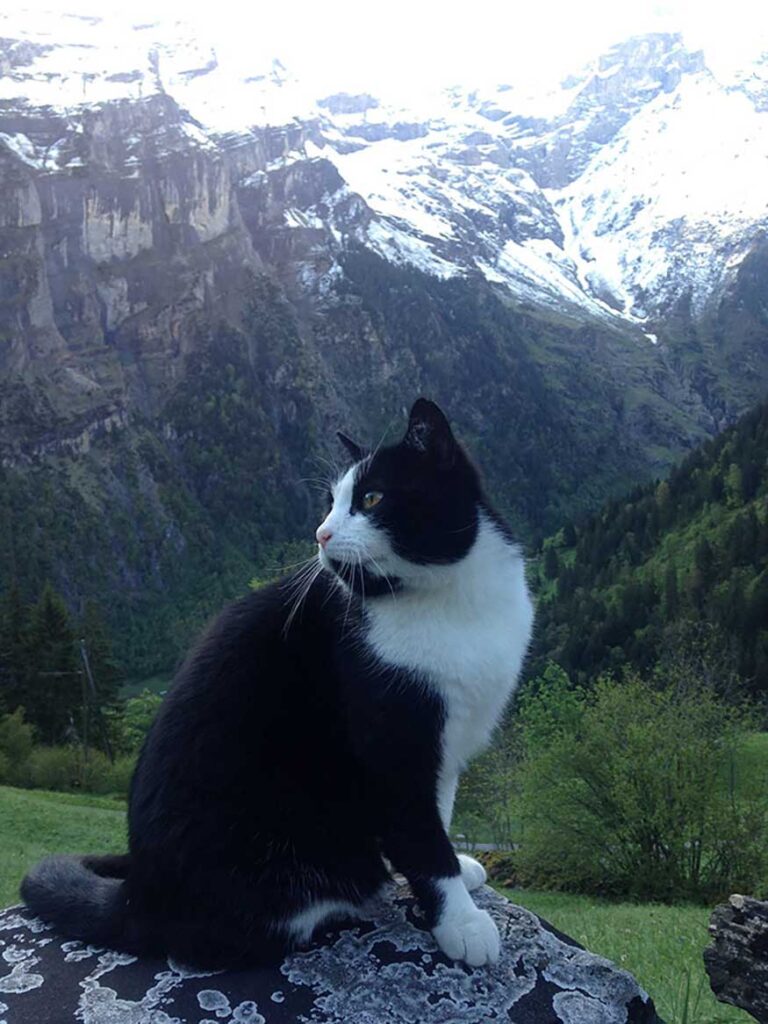 User Starspace1 wrote, ”The same cat went camping with me and my friend 3 months ago.”

According to another Reddit user, the cat belongs to a hotel in the city and likes tourists.