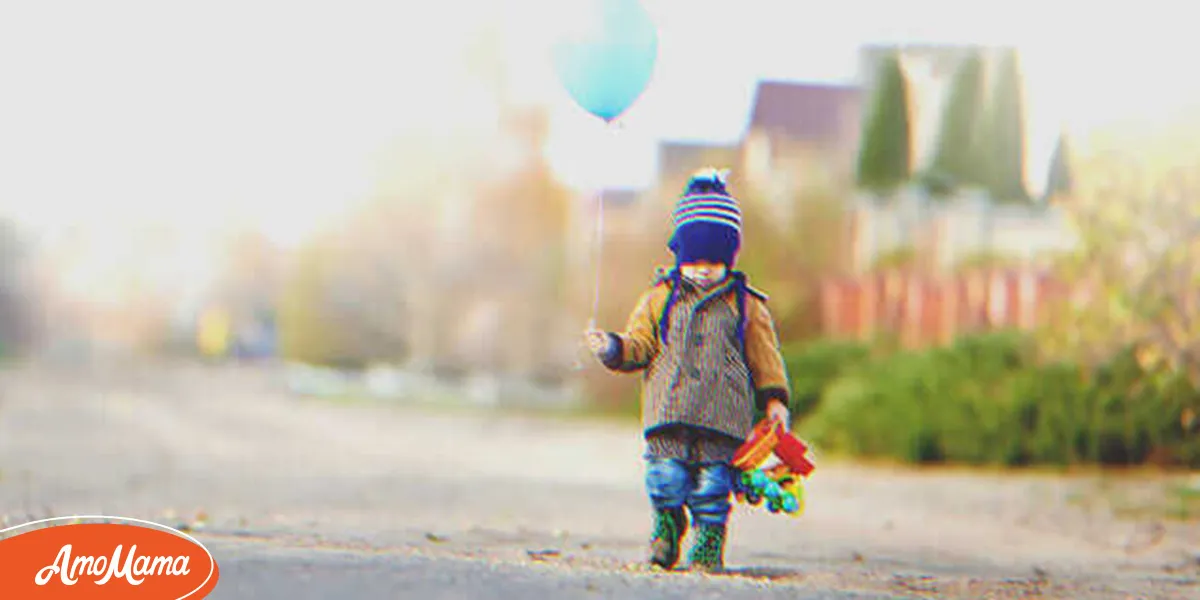 A little boy is very upset when his busy parents forget his birthday. He disappears without a trace, until he shows up at an abandoned house with a balloon.

Sam was so excited he couldn’t sleep. The next day was his sixth birthday. A big boy! He lay there and imagined the presents he would get, the party! Maybe there would be a clown and a pony, like his friend Justin’s birthday party!

Sam fell asleep with a smile on his face, but woke up with tears and disappointment. 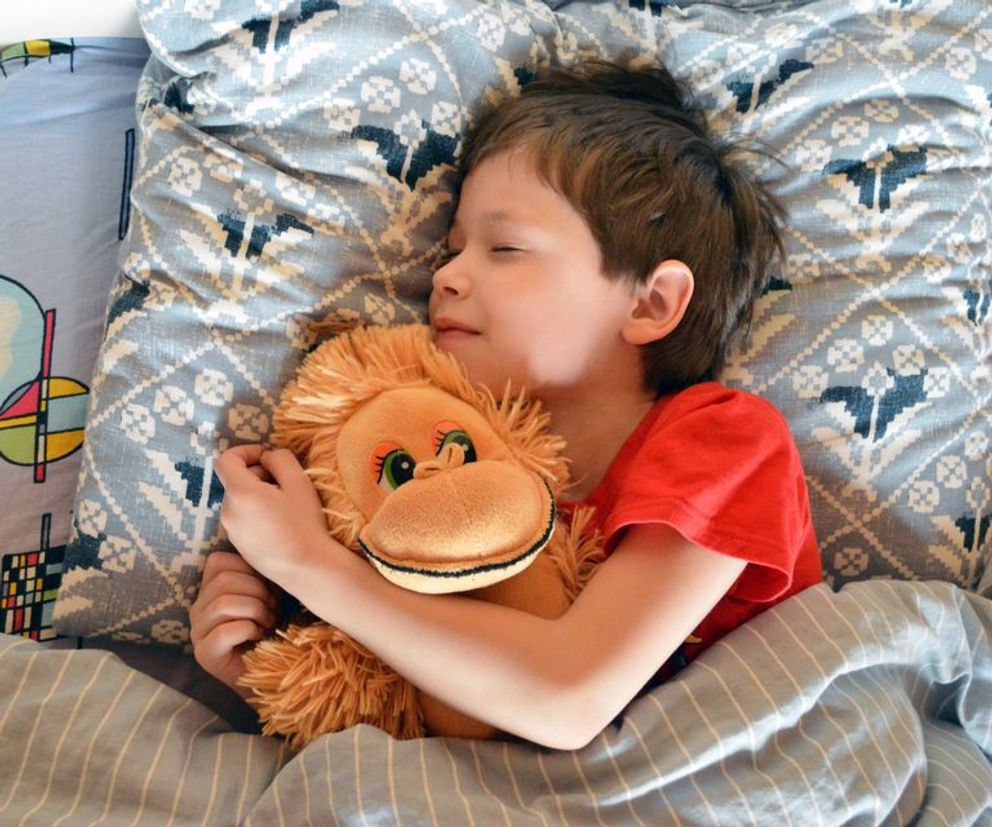 Sam woke up early and felt great. He jumped out of bed, ran to the bathroom and brushed his teeth. Then he got dressed and ran downstairs. «Mommy! Dad!» he shouts.

He rushed to the kitchen, expecting joyful shouts of «Happy birthday!», but his father was shouting on the phone, and his mother was wearing high-heeled shoes.

«Bye, Sammy,» she said, giving him a quick kiss. «Mandy’s a little late, but she’ll be here in ten minutes, so behave yourself!».

«But Mom,» Sam said, his eyes filling with tears. «What if…»

«Later, Sam!» his father shouted. «Honestly, I can’t wait for you to grow up! This constant shouting for attention annoys me!»

«John,» Sam’s mother said in a reproachful voice. «Sam is trying his best! Now, darling, behave yourself. See you later!» And with that, his parents walked out the door, leaving Sam standing alone.

Sam sat down at the table and looked at his bowl of cereal. He wasn’t hungry anymore. There was a huge lump in his throat, and there was a feeling of emptiness in his chest. His parents forgot about his birthday.

«They don’t love me,» he thought, and hot tears rolled down his cheeks. «No one loves me. They won’t even notice if I disappear…».

That gave Sam an idea. He would have run away BEFORE Mandy arrived. They’ll see! He ran upstairs and grabbed his backpack and his favorite toy car.

He put two chocolate bars in his backpack and made himself three huge peanut butter and jelly sandwiches. That was it! He was ready! He slipped out the back door just as his babysitter’s car pulled into the driveway.

Sam set off on his journey. He didn’t know where he was going, he just wanted to be far, far away. Maybe he’d find a family who wanted to take a little boy who wasn’t as good at sports as he was…

He walked for a long, long time, and his feet began to hurt a lot. There were no houses in this part of town, just lots of stores and a few warehouses.

He saw a bench and hurried to sit down, dangling his feet on the sidewalk. Sam sighed, and a voice said to him, «It’s nice to rest, isn’t it?».

A man was sitting on the ground with a large cup in front of him. The man was dirty, with a thick unkempt beard, but his eyes were kind. «Yes,» Sam said. «But.»

«What are you doing here alone, son?» The man asked softly.

Sam shrugged and rubbed his eyes to stop the new flow of tears. » I … I ran away,» he whispered.

«Ran away?» — The man asked. «That’s not a good idea! Your parents will be very worried!»

«No, they’re not!» — Sam said bitterly. «It’s my birthday and they haven’t even remembered. I think they’ll be happy to see I’m gone. I bet they won’t even notice!» 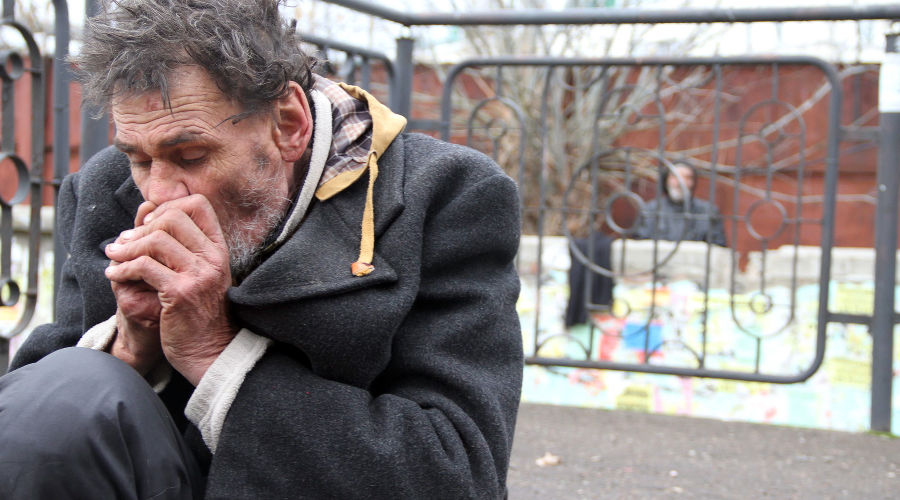 The dirty man smiled. «My name is Carl. You know what?» — he asked. «I ran away too, that’s why I’m here. The problem is that if you’re away for too long, it’s hard to come home.»

«I NEVER want to go home,» Sam cried. «Never! They forgot my birthday. No presents, no party, not even a balloon!»

«A balloon?» — Carl asked, «You want a balloon? Wait here!» Carl picked up his cup and poured some coins into the palm of his hand, then went into the store next door.

In the shop window Sam saw a lot of bright streamers and cartoon characters. It was a store that sold holiday equipment and accessories! 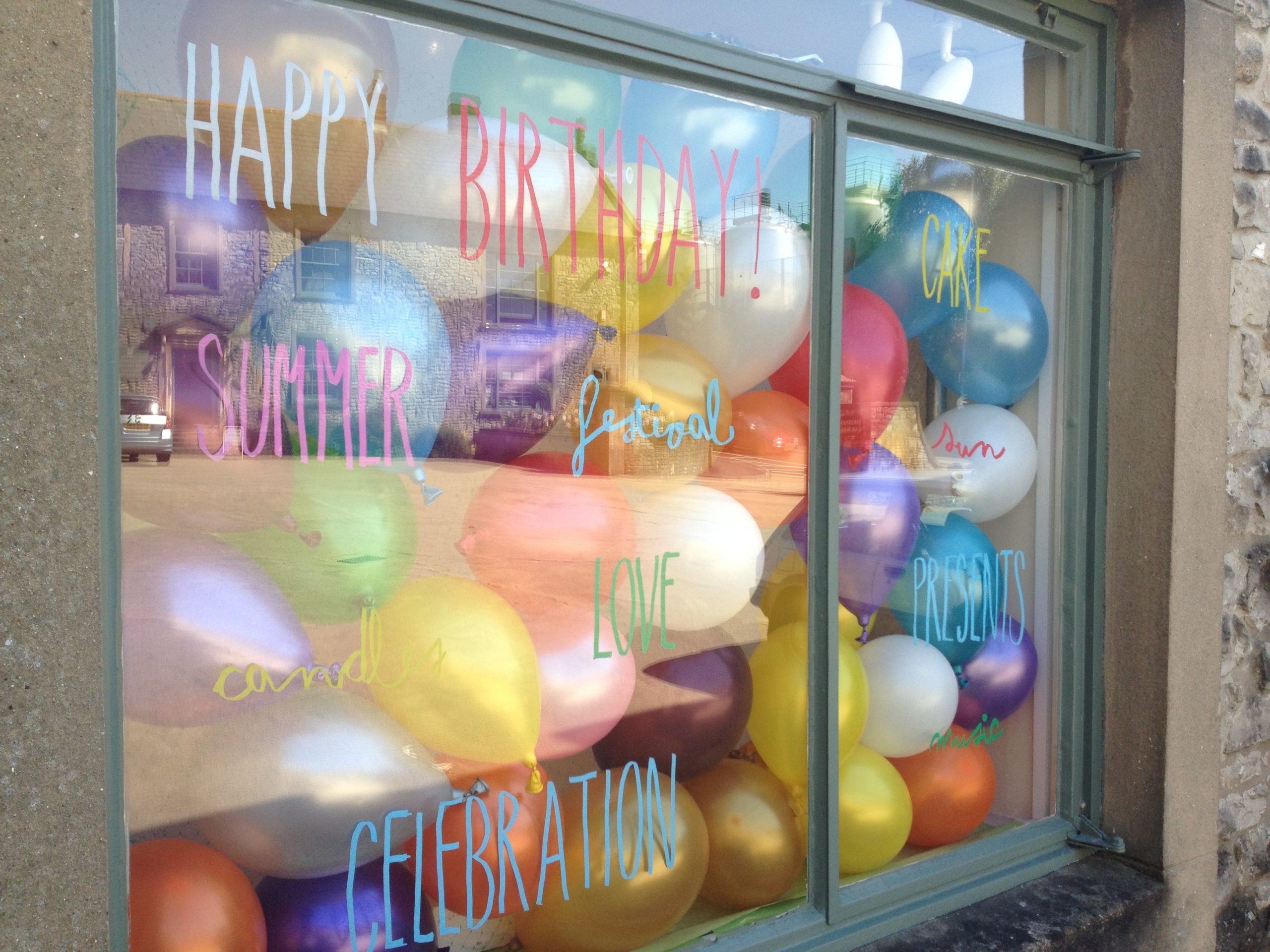 When Carl came out, he was holding a string of a big bright blue balloon with «Happy Birthday!» written on it. It was the most beautiful balloon Sam had ever seen!

«That’s for sure!» — Carl said with a smile. «Sorry I couldn’t handle the birthday cake!»

«I have peanut butter and jelly sandwiches,» Sam said. «We can have a party.»

Sam did not know that Mandy had called his parents, and they were very worried. Sam’s mother and father immediately contacted the police. 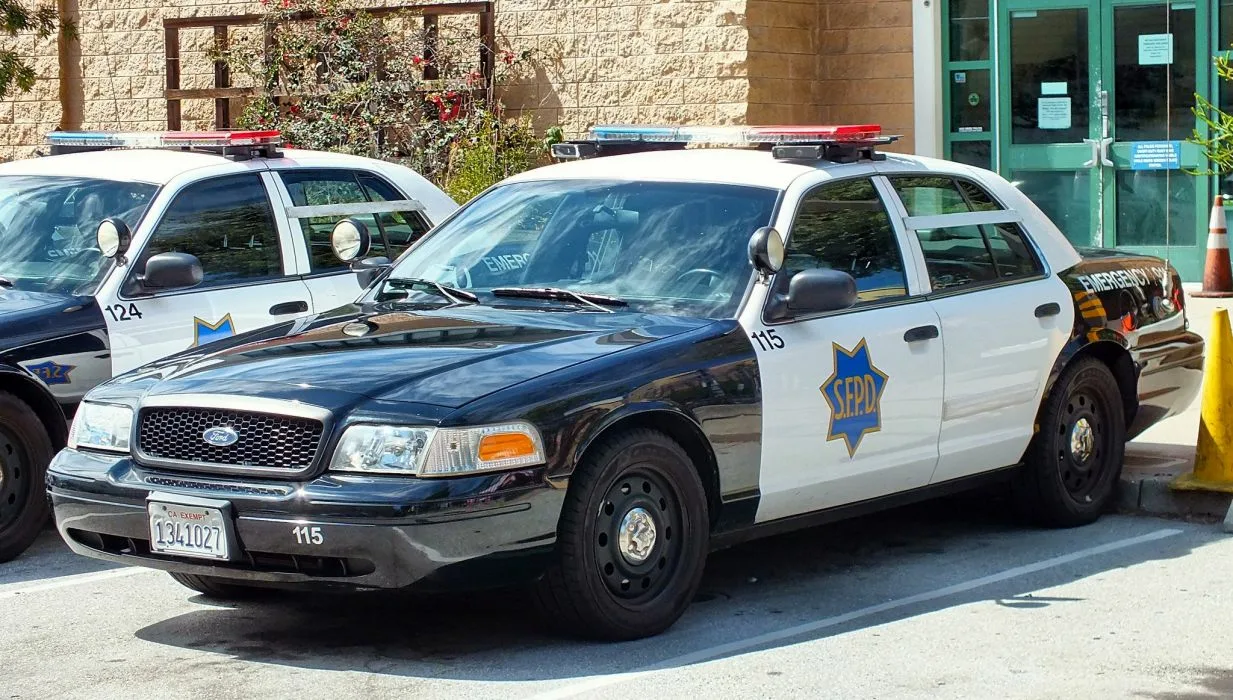 «He has a GPS locator on his watchband,» Sam’s mother said. «Please, we have to find him!» Sam’s father hugged his wife and held back tears.

The police began tracking Sam on a GPS locator. «We got him,» the officer said, and Sam’s parents, accompanied by two officers, drove to the scene.

It was an old abandoned house near the business district, and on the lawn sat Sam and a homeless man. «Stop!» — shouted the policeman. «Hands up and step away from the boy!»

Sam, who was eating a sandwich with one hand and holding a balloon with the other, jumped to his feet. «No!» — he shouted. «Carl is my friend! He gave me a birthday present!» 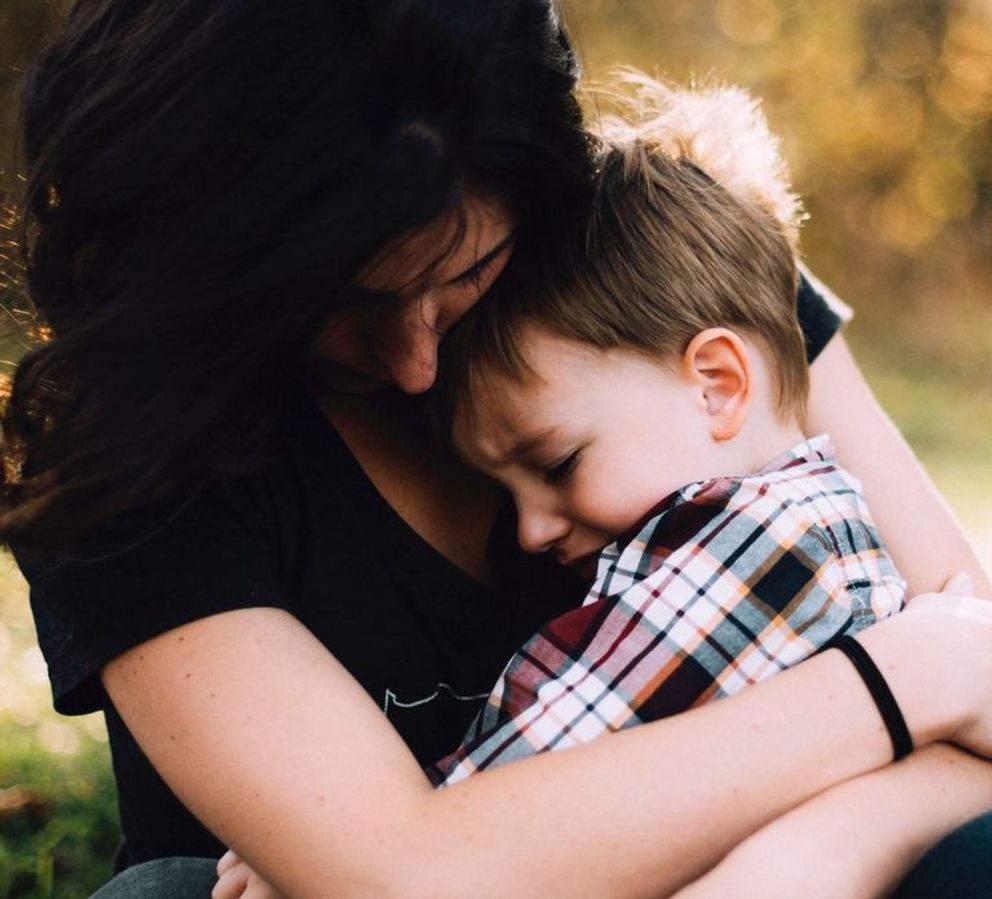 «Sam,» his father asked, «did that man kidnap you?»

Carl said softly: «Sam, do you remember what I said? If you run too far, it’s hard to go back.» He held out his hands. «See? That’s what happens when you run. You don’t want that to happen to you, do you?» 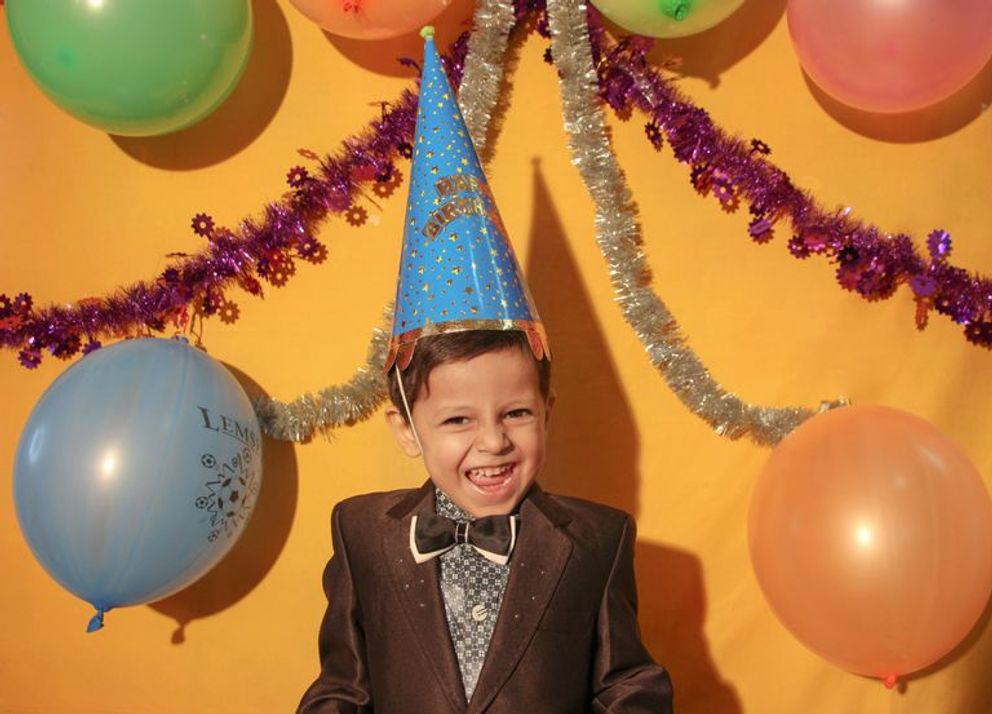 Sam held out his arms to his parents, and they hugged him. Then Sam’s father turned to Carl and said: «How can we help you? Do you want to get a job?»

«I will,» Sam’s father said. «You can begin on Monday as a watchman at my business center. Maybe you’d like to come home with us, too, Carl?»

Sam’s parents had learned to draw the line between work and family life and put their child first. Meanwhile, Sam had a big birthday party with clowns, balloons, and ponies. But Carl got the best gift of all: the start of a new life.

LIFE STORIES 0 112 views
When the nanny warned her that she would not be coming to work, single

This boy made everyone cry in the final round of the German TV show «Voice».
LIFE STORIES 0 146 views

A firefighter rescues a little boy from a fire, «Where’s Sam?» asks boy — Story of the day
LIFE STORIES 0 146 views