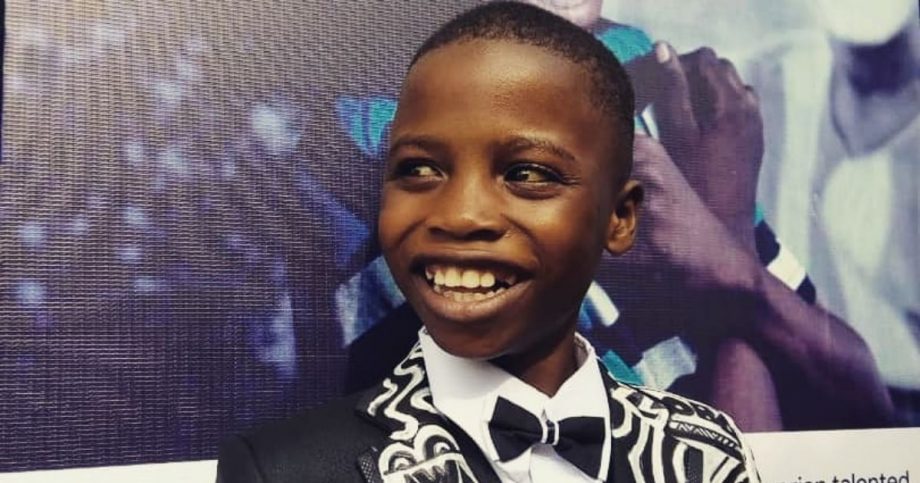 Talented children are born at all times and in all nations. They do not have to attend specialised classes in order to prove themselves. They take their gift and realise it in dance, music or drawing. One such case is the story of Karim Waris Olamilkan from Nigeria.

Our hero was born into a simple family where there are no artists, but nature has given him an amazing gift – he is very good at drawing. Karim started making his first paintings at the age of 6. He didn’t have the professional tools of an artist – an easel, quality paper and paints. The child enjoyed the process of drawing and started mixing colours and applying them on paper himself. 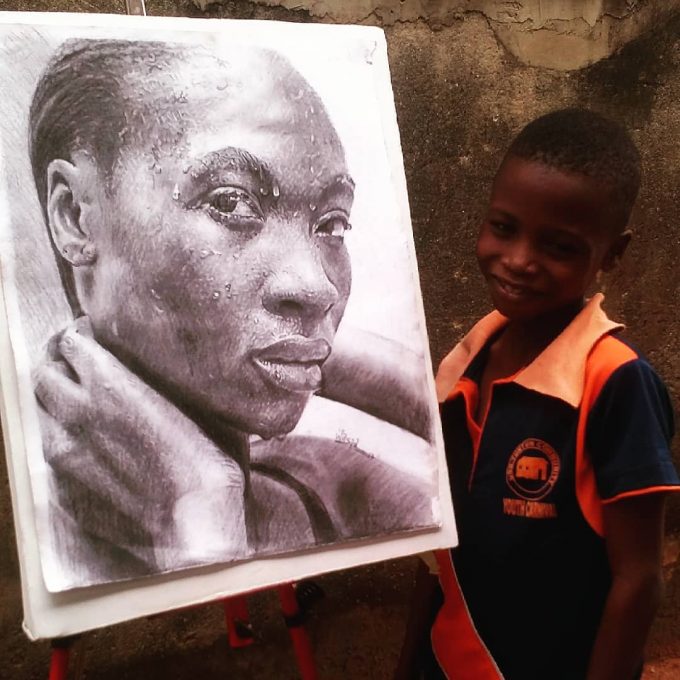 At the age of 8, Karim, along with his family: his mother, father and grandmother, changed their place of residence. Luckily, not far from his new home was the Ayovole Art Vocational Academy. Students at the academy were painting outside and the boy began to watch them passionately. The little artist realised that he wasn’t the only one interested in drawing.

Karim’s paintings were seen by the headmaster of the academy and he was impressed by the child’s talent. The man helped the boy get into school, and at the age of 8, he became a student. 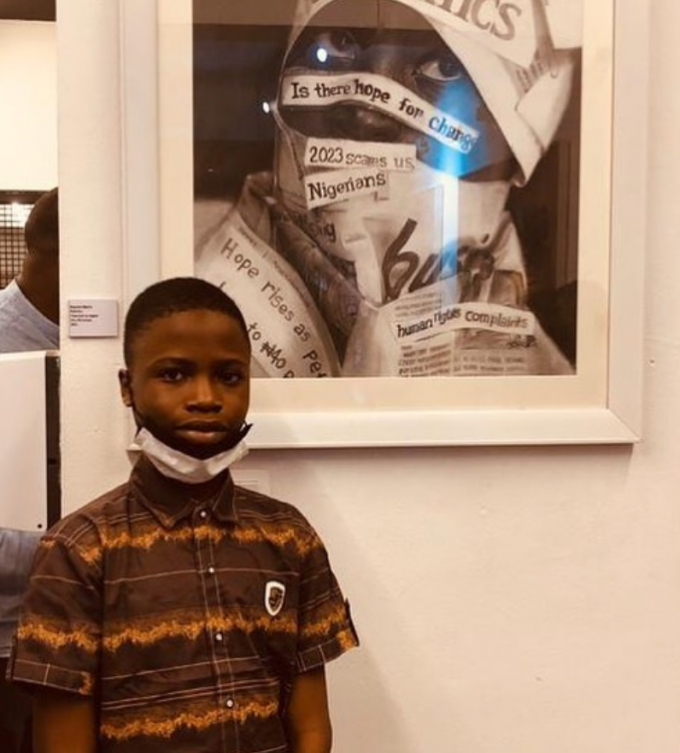 Unfortunately, due to financial constraints, our protagonist is not always able to fulfil his plans. Karim’s family is helped by his teacher to pay for his studies. But there is not enough money for special paper, paints, brushes and other painting supplies.

About his artwork, Karim says, “My family is working hard so that we have something to eat. And this has inspired me”. 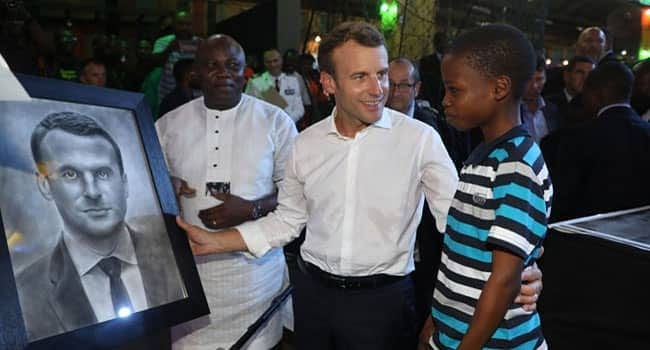 The main style in which the boy works is hyper-realism. He paints people’s faces in great detail. They are depicted in such detail that they look like photographs.

One of Karim’s successful works is called “Daily Bread”: the boy, after a hard day’s work, sits down at the table and begins to eat, his face showing veins and drops of sweat. The point of this painting: earning money for food is hard work.

Karim believes he has a great future in the art world. He plans to graduate from the academy and seek opportunities for further studies. Today, the boy has Instagram followers who admire his work. 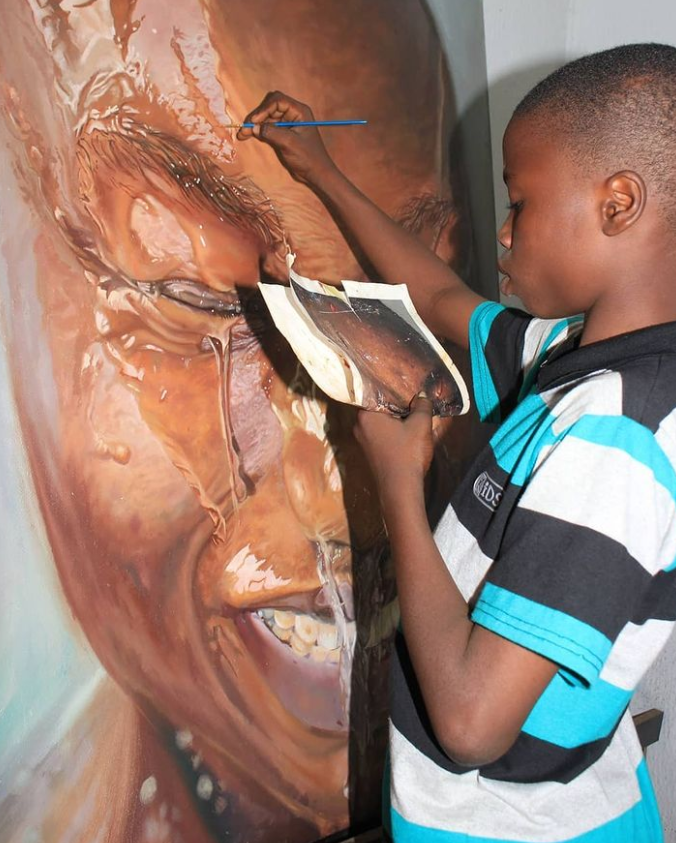 Nothing in this world is impossible. If you have a unique gift and you strive for your dream, you will succeed, just as our hero is succeeding. Nothing has stopped Karim from pursuing his goals. The main thing is to go forward and never give up. 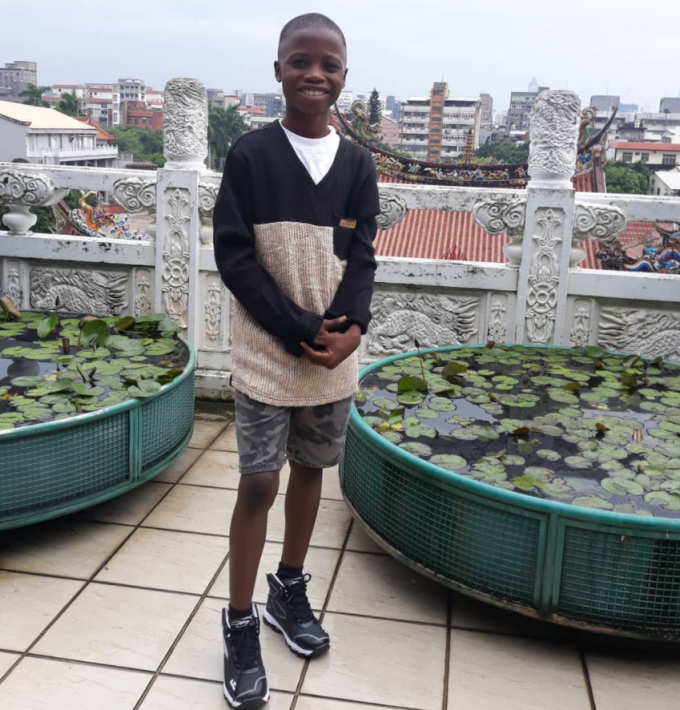 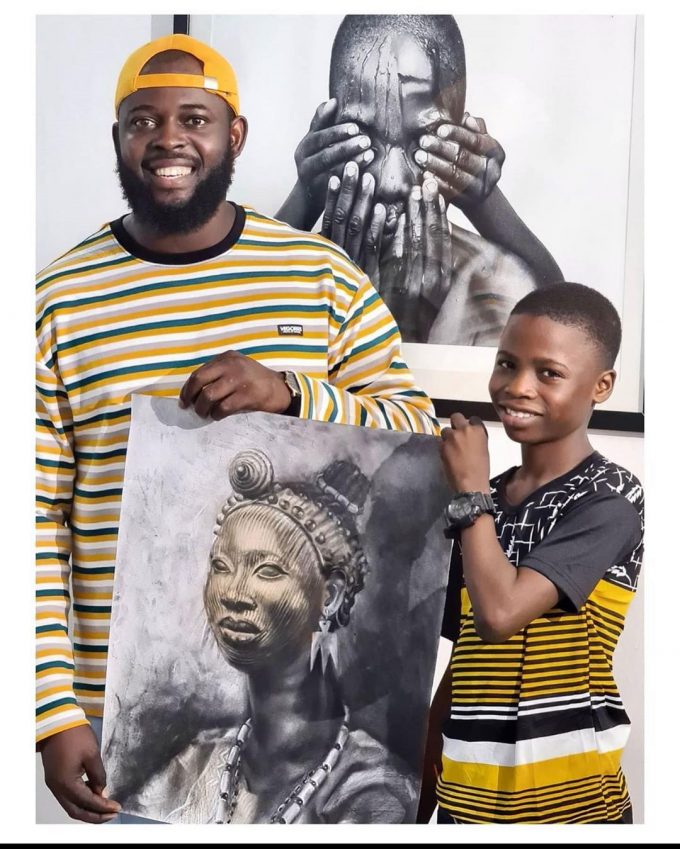 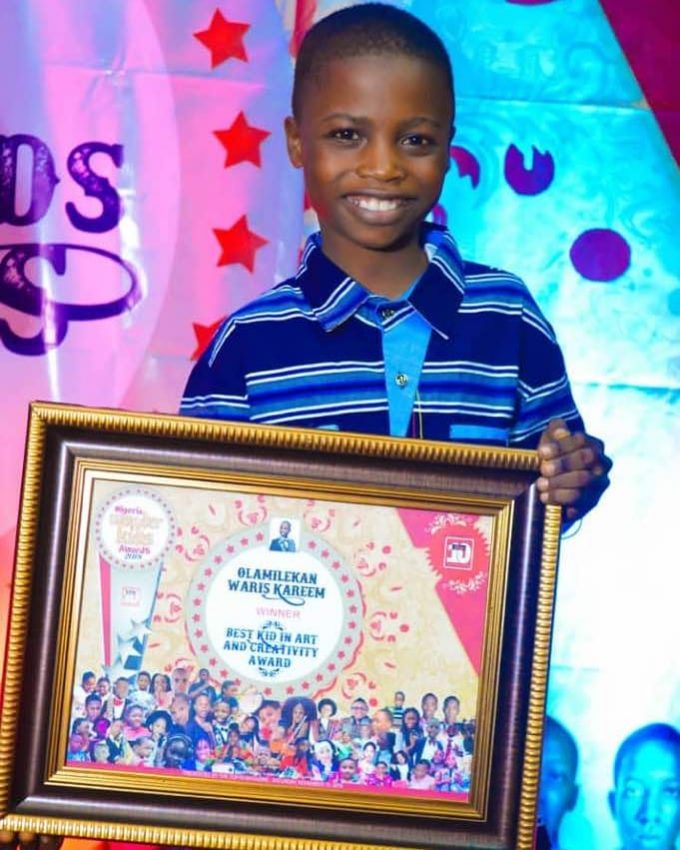